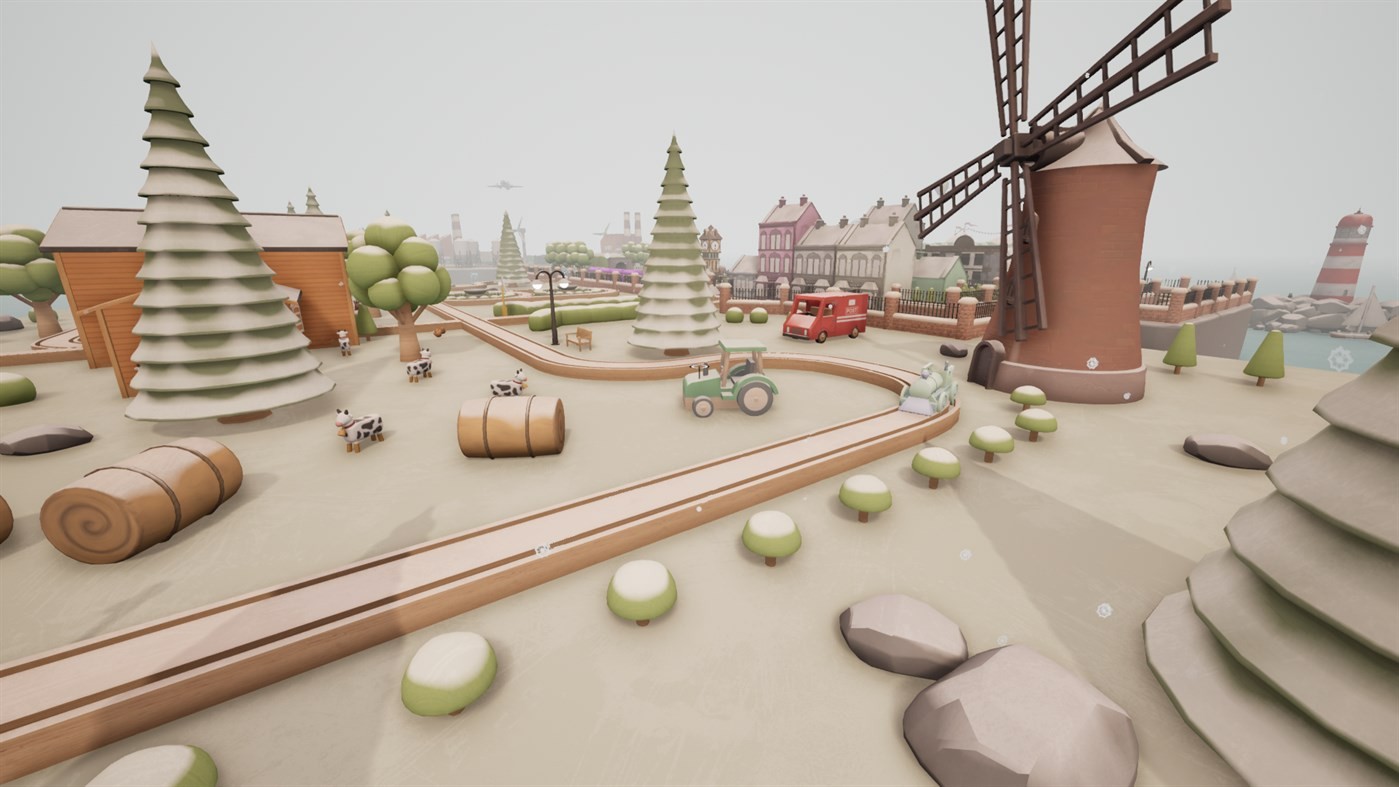 Tracks – The Train Set Game is an adorable, nostalgic Sandbox title in which the player designs, builds, and operates a model railroad in several environments. Complete with decorations, different track pieces, and even Objective mode, Tracks offers players an opportunity to recreate or experience for the first time the joy of designing a model railroad made of intricate wooden pieces. Still in Early Access, Tracks released on September 28th, 2017, but has already seen a Halloween update, music enhancements, and numerous bug fixes.

Tracks begins with a brief tutorial that smoothly and efficiently explains the basic steps required for designing a custom track. Players can raise and lower the path, making bridges and overhangs, spirals, and split junctions. There’s a Train view mode, which is really fun for experiencing your design first-hand at various speeds while inside the engine. It’s easy to edit your track as you go, removing and adding pieces with a few mouse clicks. The library of buildings, trees, and other decorations allow players to create whole villages if they so choose, which can be somewhat large and extensive especially in free-mode. I’d love to see additional, new items added as Tracks continues through development, and there’s undoubtedly unlimited potential regarding DLC if the developers decide to go that route. 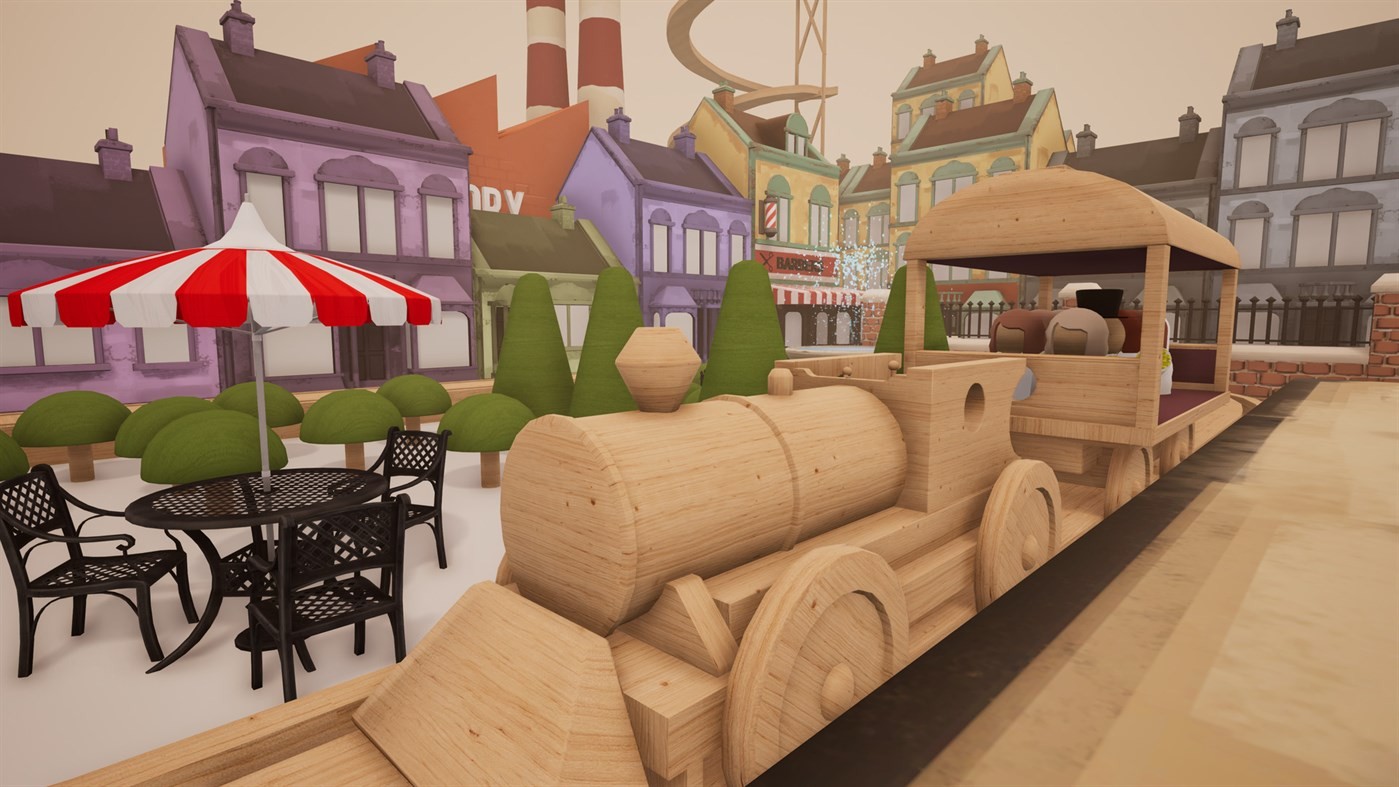 The Objective mode is refreshing when it comes to wanting a set goal in mind, such as ferrying passengers from one location to another. There aren’t a lot of scenarios yet, nor maps to choose from, but hopefully, more will be added as the Early Access progresses. Ultimately, the main selling point for Tracks is the vast amount of creativity and flexibility that players have to design the layout of their dreams and this style of Sandbox play is relaxing and surprisingly addictive.

One issue I encountered was having difficulty editing pieces of the track after I had moved on to a new location, and rotating parts after placing them. But ultimately, the controls are really smooth, and I didn’t have any game-breaking bugs or glitches that diminished my enjoyment of the title. Still, players who don’t enjoy Sandbox titles, or gamers that are looking for a little more content than your average Early Access game might want to wait until Tracks is closer to a final release. There isn’t a tremendous amount of material here yet, but there’s still plenty enough for a good time and some really elaborate, complex tracks with lots of details in the landscape around them. The ability to have your train even leave the tracks and fly through the air was another fun feature, and I hope that more elements like that are added in at a later time. 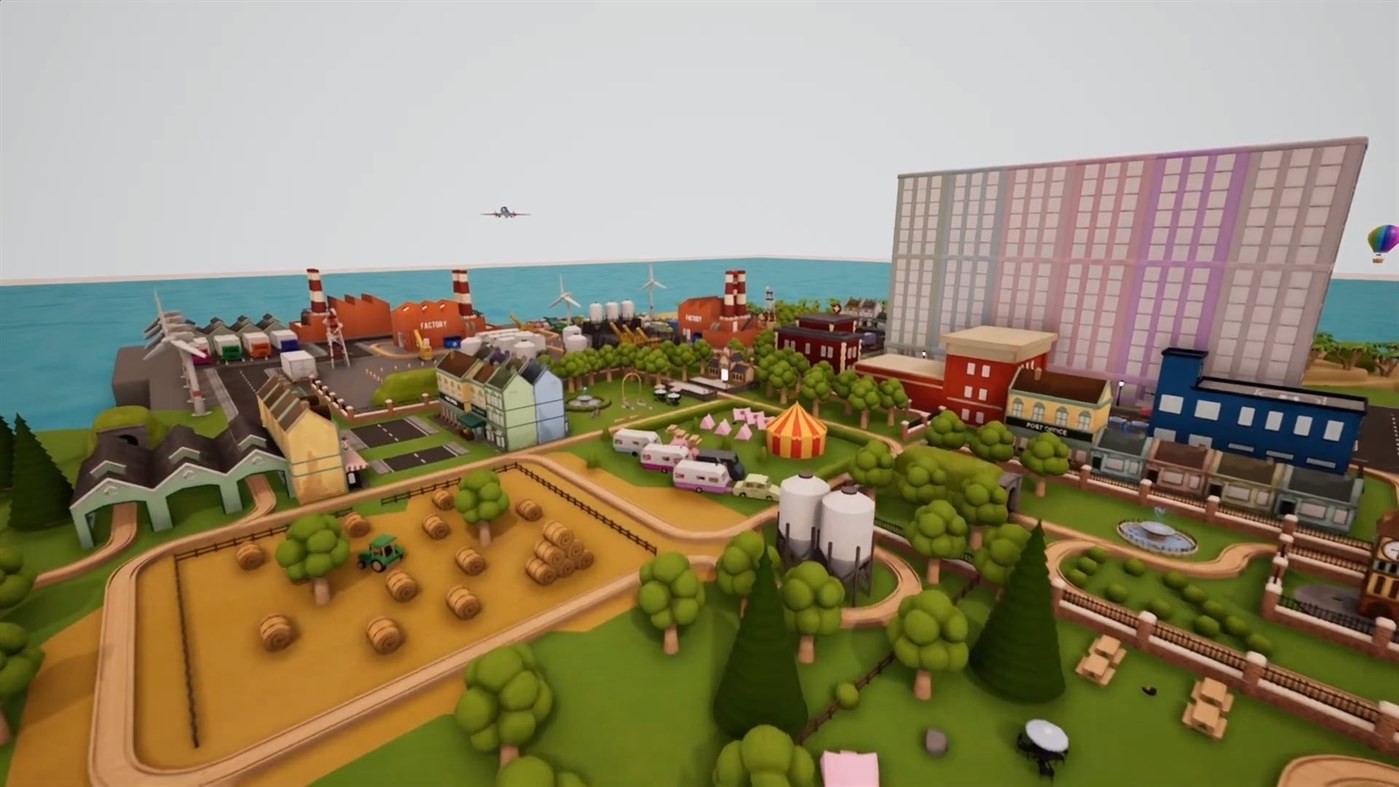 Tracks – The Train Set Game is an excellent choice for younger gamers and families as well, and it is a fun mix of creativity and innovation that can be a learning experience for younger players or inexperienced designers. A Multiplayer feature could go a long way for adding a new dynamic to the mix, or even the ability to have multiple trains running on the same set of tracks. Considering that most of us don’t have room in our homes for a vast, sprawling model train set, Tracks is a great alternative where the sky is the limit. With the laid-back music and lack of pressing management requirements, Tracks is a fun Simulation game that challenges players to think outside the box.

Tracks is a charming, genuinely fun Sandbox title with lots of nostalgic appeal. The relaxing music, mellow atmosphere, and cute graphics create a very chill experience where there’s no reason to rush, stress, or feel pressured to “succeed.” The implementation of the Steam Workshop would go a long way towards adding more content; Tracks does feel a little bare-bones after a few builds, though the catalog of content isn’t bad at this stage of development. I would like to see more maps and scenarios added, but even as it stands, Tracks has a lot to offer for players seeking a relaxation experience that blends creativity and almost child-like play.

A look at Tracks – The Train Set Game, a Sandbox/Simulation title where players build the model railroad layout of their dreams.