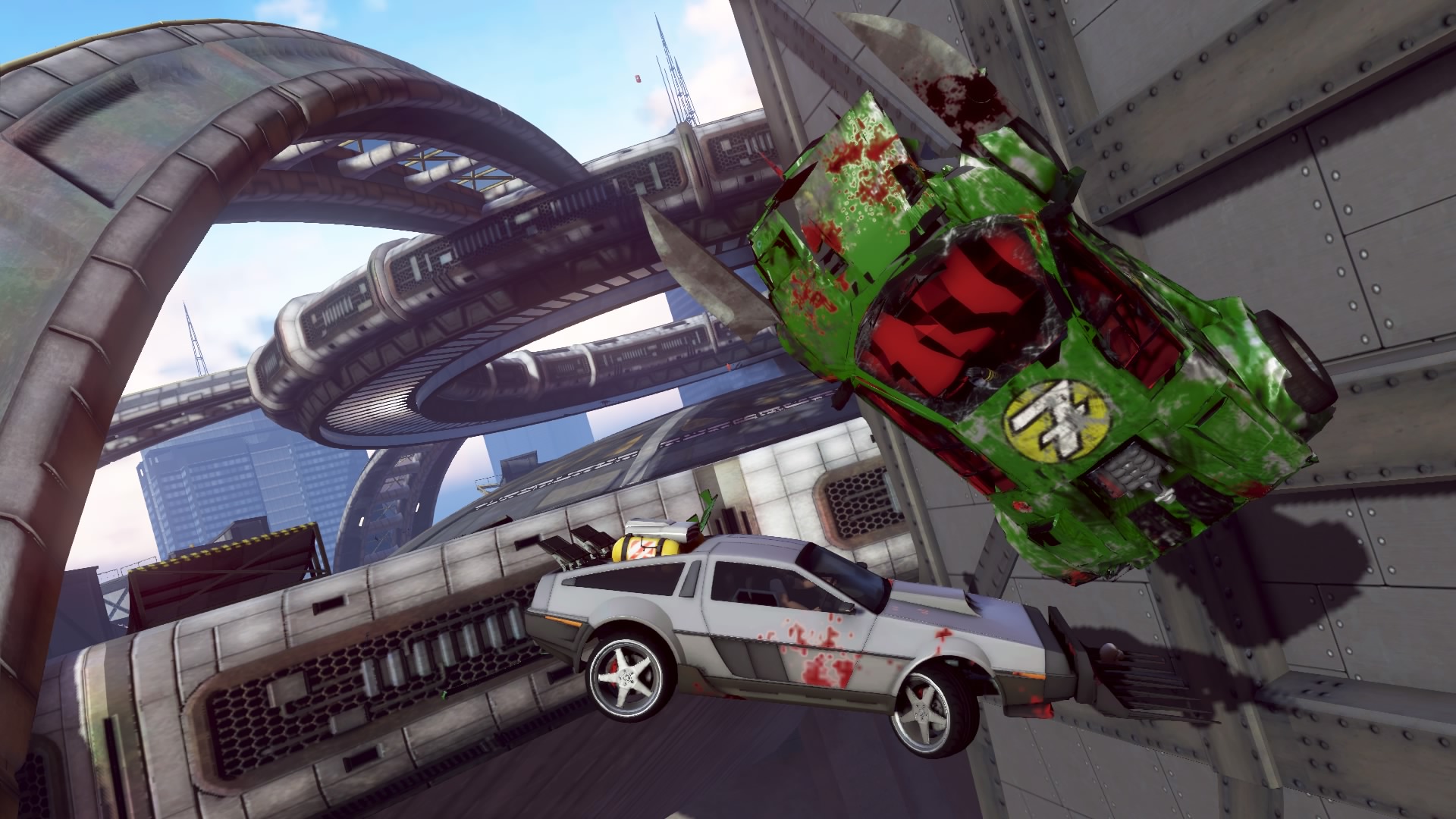 Like Duke Nukem Forever before it, Stainless Games, Carmageddon: Max Damage series feels like an immediately ill-judged return to a video game series that feels horribly out of time on modern day consoles. Yes, some gamers with love for the original will find something to like amidst the games’ defiantly old school structure, mechanics and uhhhh, visuals, but for the majority, this will serve only to remind that the original wasn’t up to much back in 1997.

Released on the back of the kind of media furore that rarely greets video games nowadays, the original was banned in a number of countries thanks to its high levels of violence and, perhaps more specifically, its core mechanics that rewarded players for mowing down pedestrians (or ‘peds’ as they are referred to in the game). This gave Carmageddon something of a reputation and, as is often the case when it comes to video games being vilified in the press, probably made it more popular than it would have otherwise have been.

And that’s the thing – it never really deserved its popularity in the first place. Beyond the violence and the relatively open nature of many of the courses (something of a big deal at the time), Carmaggedon was never actually all that good. Sure, it wasn’t outright bad, but is it deserving of a sequel that is almost 20 years too late? Absolutely not. 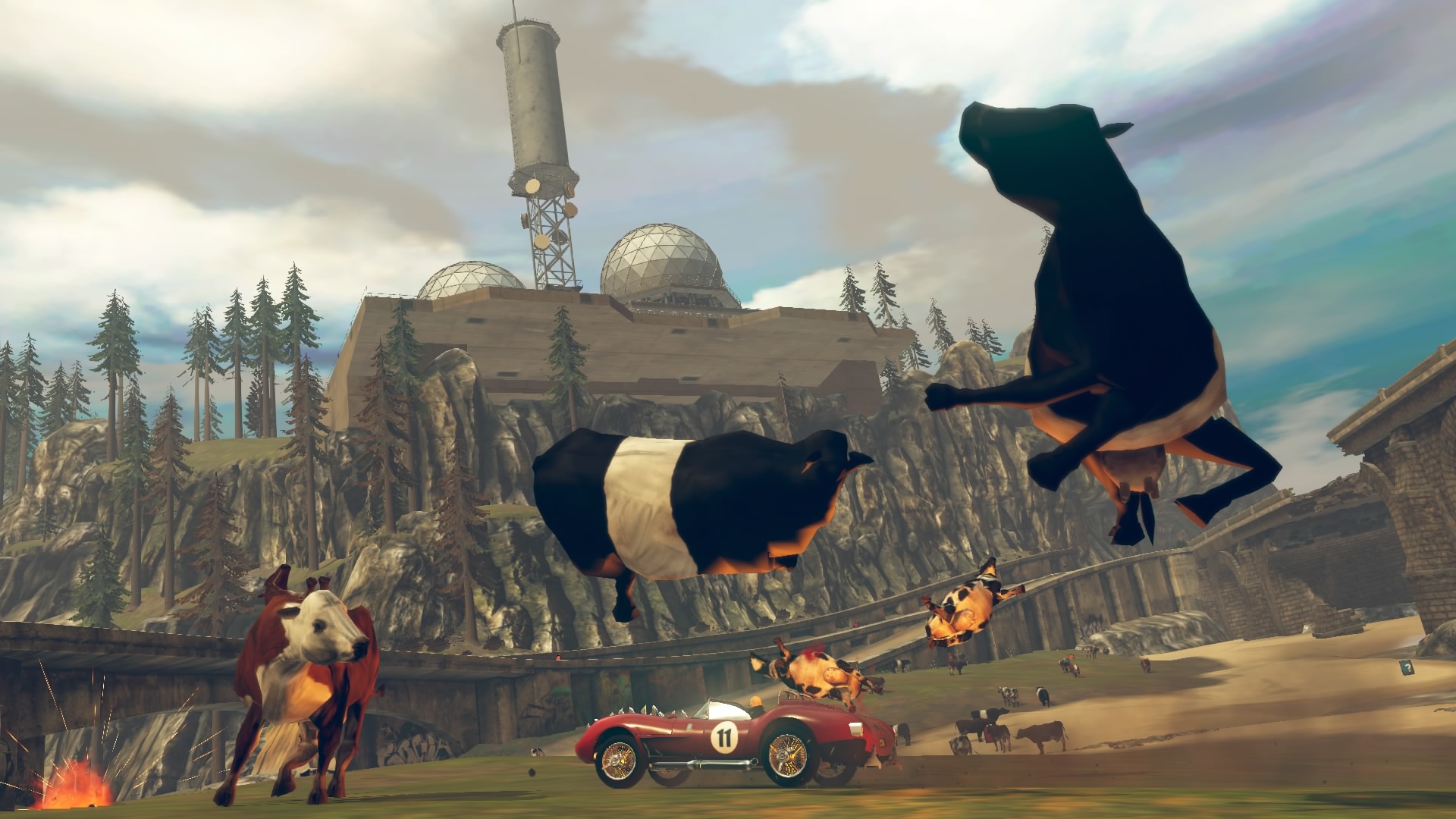 Still, when it showed up on Kickstarter, no doubt driven by an air of misplaced nostalgia, the Carmageddon reboot/remaster/remake hit its $400,000 goal without too much in the way of trouble. Sadly, that led to the incredibly poor Carmageddon: Reincarnation being released back in 2015, and while this 2016 upgrade is certainly a marked improvement, it remains an undoubtedly disappointing return to a somewhat bizarrely beloved series.

The best remakes/reboots deliver on that sense of nostalgia while providing enough in the way of modern comforts to make them strong enough to stand on their own two feet. Carmageddon: Max Damage fails on both fronts. There is nothing wrong with keeping true to the traditional aesthetic or sticking with the mechanics that made the original a success, but making what is an objectively ugly game and failing to iron out the faults that were present back in 1997 doesn’t make for an enjoyable video game experience.

This all sounds incredibly negative, and, well, yes it is, but make no mistake, despite the lack of polish and its resolutely old-fashioned gameplay, there is still fun to be had here. Mowing down pedestrians as they dance in the middle of the street is oddly and somewhat disturbingly cathartic. Smashing into vehicles is fun and blowing up your enemies can be hugely entertaining. The open world levels provide solid playgrounds for wanton destruction and the impressive level of collectibles and game modes certainly makes for an undoubtedly robust package.

At its best, Carmageddon: Max Damage is silly fun and a well-intentioned throwback to 90s gaming. Sadly, while it does have its moments, those moments are often fleeting with the overriding sense of disappointment ultimately prevailing. Beyond the low rent visuals, which really are rather shocking at times, it is the handling and tone that really do for a game that feels plain old rather than old school. 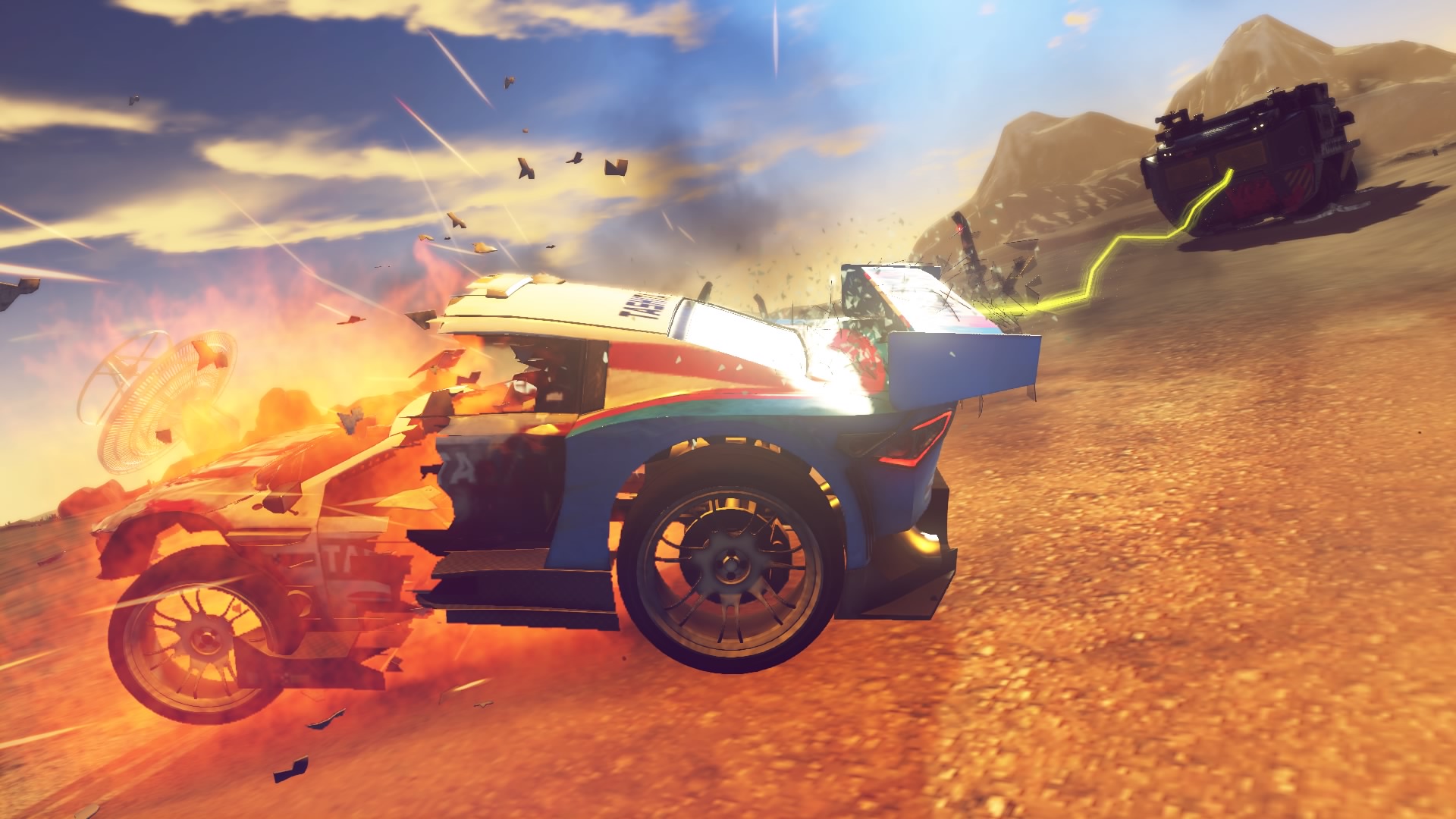 In its defence, it does run relatively smoothly and the destruction can look pretty decent, but again, despite the power ups (and power downs) providing a sense of fun, the low polygon count, dodgy textures and general lack of fidelity make for what amounts to an incredibly primitive experience by modern day standards. Yes, it is a budget title, but that is no excuse for delivering a game as resoundingly ugly as this.

Then there is the tone; I get that they are going for that OTT 90s vibe, but like Mr Nukem, none of it is clever, funny or entertaining by modern day standards. Some might find it mildly amusing, but I for one found it crass, lazy and largely unpleasant. The thing is, being crass is totally fine if it’s funny, but my word, funny this is not. If the sign of “Get yer’ flaps out” flashing up on screen brings a smile to your face, Carmageddon: Max Damage’s attempts at humour might be for you, but for everyone else, expect to find this a painfully cringe-inducing experience.

The solid collection of open world battles and more track-based races do imbue Carmageddon: Max Damage with a sense of scale, and when combined with the unlockable upgrades, certainly makes for a content rich experience. Sadly (there is always a sadly), the impressive levels of content are completely undermined by the games’ utterly shocking handling model. It does get slightly better as you add upgrades to your vehicle, but it’s never close to what anyone might call good and is initially horrendous. It’s occasionally forgivable as you drop anvils on competing vehicles and smash mindlessly into your opponents, but as soon as you require anything in the way of actual control, the game simply falls to bits.

The concept is strong enough to provide fleeting moments of fun, and those with fond memories of the 97 original might get something out of the old school aesthetic, but for the most part, Carmageddon: Max Damage is a disappointing and misguided return to a series that was never anything more than average in the first place. This is an ugly, tonally grating experience with horrible handling and a totally misplaced sense of importance. The six-player online mode can be enjoyable, but even this inexplicably does away with the civilians that otherwise play such a major role in the games’ mechanics. Yes, it’s better than last years’, Carmageddon: Reincarnation, but a bit of polish and a few extra game modes can’t save was is a fundamentally flawed video game.