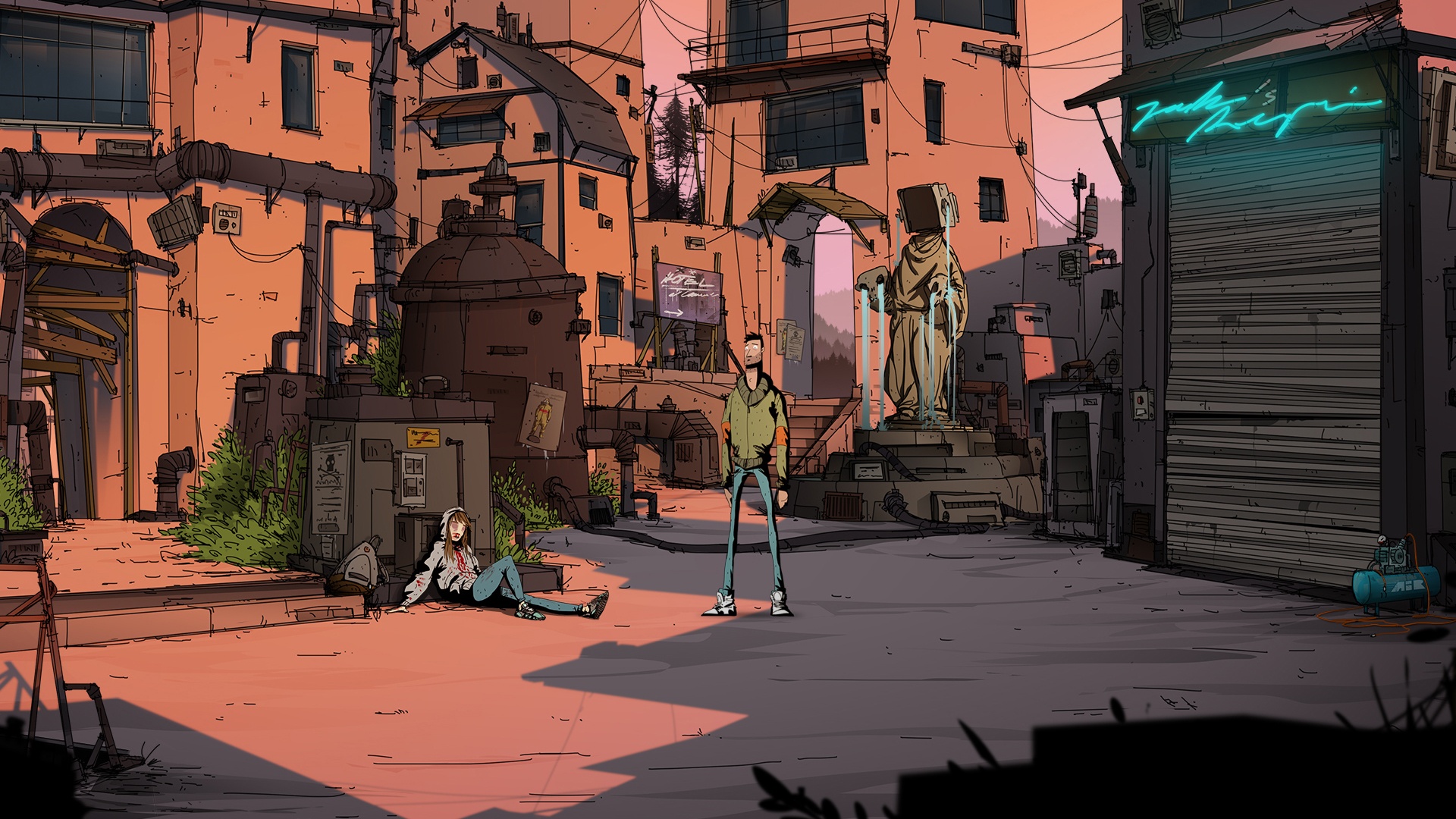 Point and click adventure games have recently come back to the fore again. The 1990s gave us legendary titles such as the original Monkey Island and Broken Sword games, the 2000s saw Syberia and The Longest Journey grace our digital shelves, and recently we have been treated to the likes of Thimbleweed Park. Backwoods Entertainment’s Unforeseen Incidents is another addition to this genre with its single-screen locations, items to collect, puzzles to solve, and mysteries to crack.

In Unforeseen Incidents, you take on the role of Harper Pendrell, a small-town handyman not really doing anything in life other than fixing up old electronic items and coming up with excuses not to clean his apartment. A mysterious but deadly viral outbreak and an encounter with a dying woman on the street set him off on an adventure in which it quickly becomes clear that the fate of the world is at stake.

The first thing that stands out about this game is its distinct visual style. Each scene is presented in a hand-drawn style reminiscent of a graphic novel, fitting in well with the apocalyptic viral outbreak theme. The characters are also detailed, even the minor ones, and each has their own unique look that fits their portrayed personalities (with the expectation of the medical teams in protective suits). Each location has its own atmosphere from messy apartments to bizarre street art to forests at sunrise.

While full of detail, the backdrops are also clear and finding objects and clues is relatively easy (no need to resort to random clicking to find items or entrances and exits). There is the option to highlight all interactive objects with a push of the spacebar, but this is rarely necessary. For certain puzzles and analysis of items, close-ups are presented which in turn provide further details or clues. 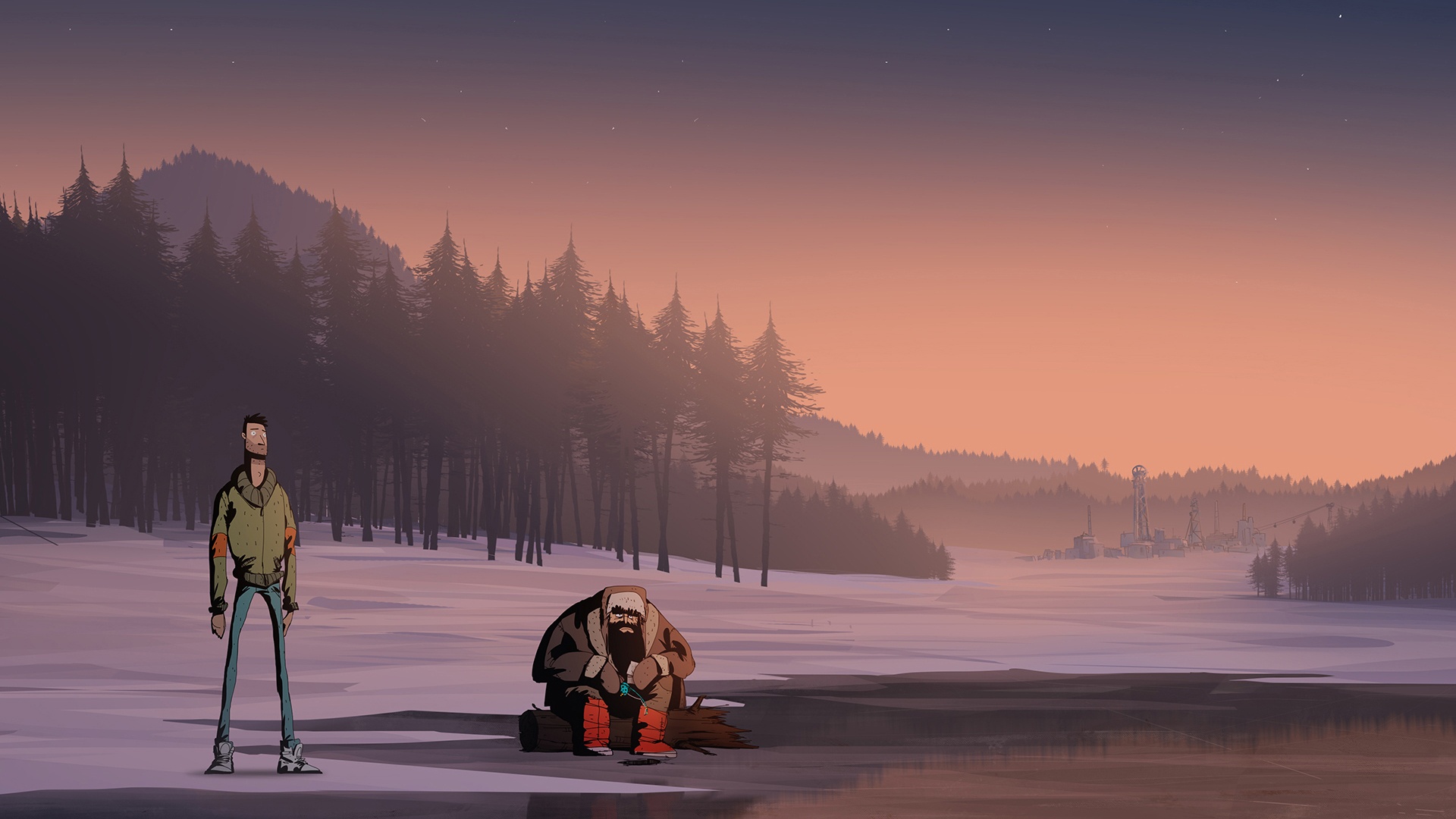 The only issue graphically comes when characters enter scenes from the back, particularly when stairs are involved. They seem to moonwalk over them as they jaggedly get bigger or smaller. This is a minor gripe, however, and does not take away from the unique beauty of the game.

The detailed locations and characters are accompanied by a high standard of voice acting. Again, each character has their own unique accent, which adds depth (even if it is strange to hear the Scottish character describe a popular sport as ‘soccer’ while his American-sounding counterpart corrects him with ‘football’). They are helped by a well-written script that advances the story and fleshes out the characters as they interact.

Harper fulfils the role of the wise-cracking lead and is a likeable guy. He meets allies and enemies along the way who are also on the whole well-defined characters. The only exception comes early on when Harper notices the professor’s telescope is directed towards the apartment window of a lady across the street. The dismissive “ooooh, naughty professor!” reaction jars somewhat in the current climate of #MeToo.

As is often the case in point and click games, there are a lot of superfluous comments on items in the game with some of the more flippant comments seeming slightly out of place such as the telescope example above, or when there is someone coughing up blood on the street, for example. However, there are also plenty of clues and suggestions included in some of the dialogue and descriptions that inevitably comes in handy. 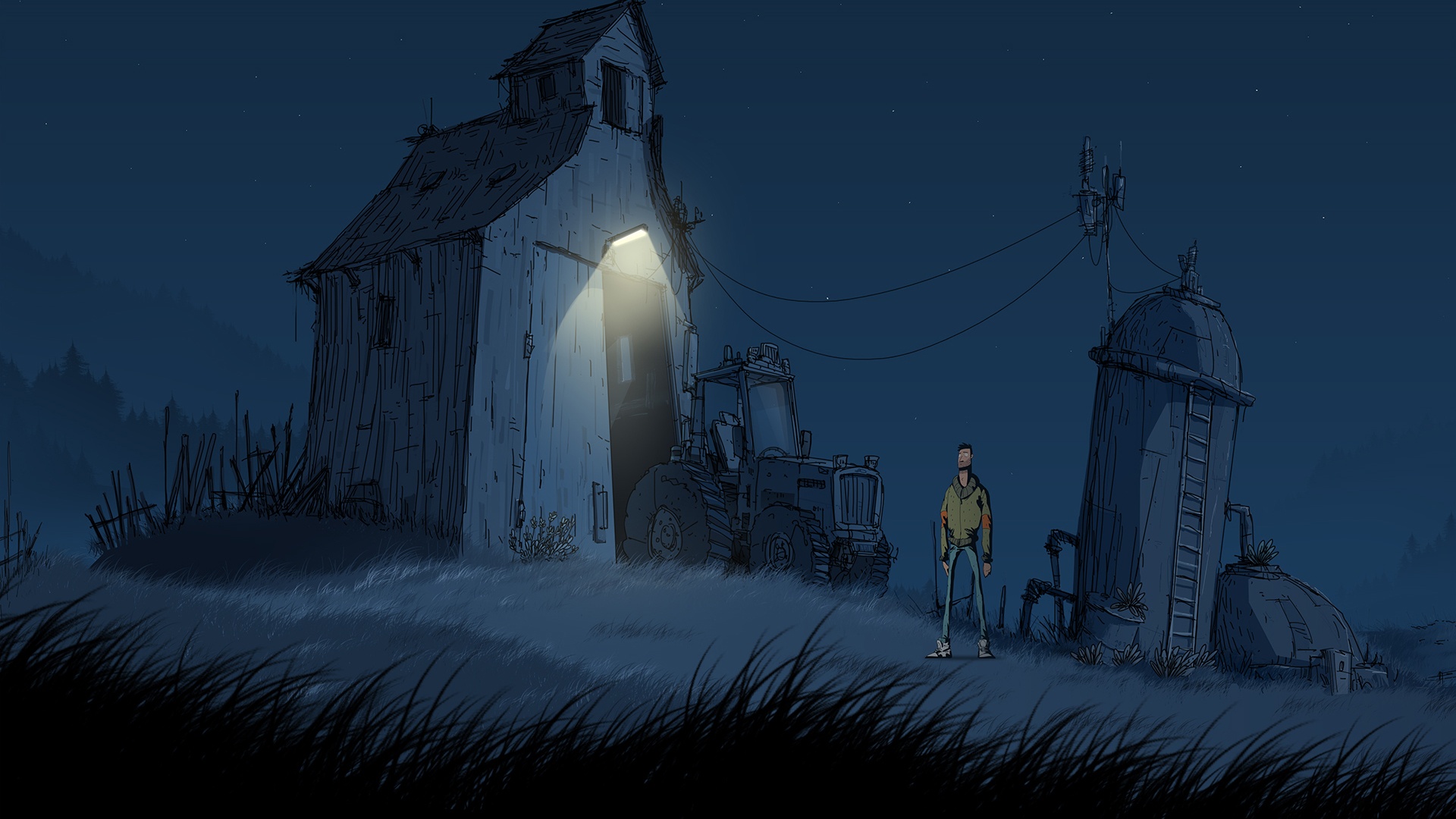 Also, in classic point and click style, there are many chain quests to engage in. To give an example from Chapter One with minimal plot spoilers, you are tasked with fixing the old professor’s car. After identifying the missing and broken parts, you head to the scrapyard, but the owner is reluctant to hand over what you need and asks you to fetch him a beer as payment. After heading to a bar in the nearby hotel, you are asked for your ID and so it continues.

These are well-scripted and rarely feel too drawn out. The fact that you can find clues and items for multiple quests at the same time means that if you get stuck on one chain, you can still progress on another. Unforeseen Incidents also avoids the trap of some of the classic titles in this genre of expecting you to use bizarre combinations of items to solve a puzzle. The solutions always make sense and the clues are there if you listen and look carefully enough. Harper’s trusty multi-tool also comes to the rescue on many occasions and saves you from having to search for tools as part of every puzzle as well.

The only thing that slows the game down is the loading time between areas, which results in a few seconds of black screen between locations. It is not a huge wait, but it is certainly a noticeable one. This is a particular issue in Chapter One, where you regularly have to go back and forth from one area to another. There is an option to double click on an exit to immediately go there but you may still have to go through 3 or 4 screens to reach your destination only to have to go back to find something else. Thankfully, by the time you get to Chapter Two, a map comes into play which allows for instant travel between areas.

The star of the game though is the story. From the voiceovers in the introduction and the quick, up close evidence of how deadly the viral outbreak is, to the revelations of sinister forces engineering the entire affair, it is easy to get invested in the narrative. The puzzles and quest chains add action for the player without ever seeming like a distraction (indeed, more often than not they tie into the plot development) or becoming a repetitive frustration. Some minor issues and a professor with questionable morals aside, this is a story worth playing.