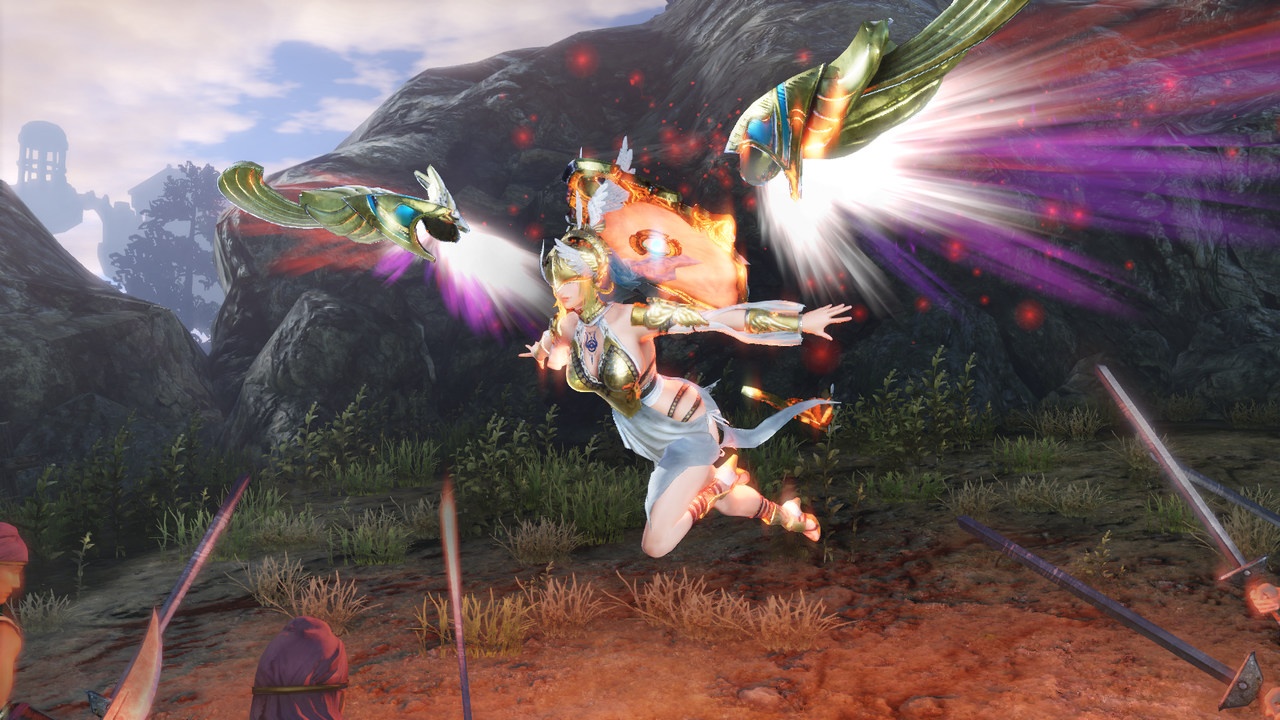 In the majority of cases, it can be argued that the original of something is usually the best. For instance, supermarket own brands of cola are rarely as satisfying or as popular as Coca Cola or Pepsi. However, when it comes to video games, this isn’t always the case. After all, would you say that the original Mario Kart is infinitely better than it’s eighth instalment? Like I said at the beginning, it’s a concept that can be argued. The same theory can be applied to Omega Force’s series of Warriors games. Their success and cult status has spawned many iterations that follow along the same hack-and-slash mechanics, as well as incorporate a level design that bears remarkable similarities. Two examples of this can be seen with Hyrule Warriors and Fire Emblem Warriors; especially on the Nintendo Switch. Despite its spin-offs though, the original series is back, with Warriors Orochi 4 slashing a release on Nintendo’s hybrid machine.

Published through Koei Tecmo, Warriors Orochi 4 still follows the same template as previous episodes within its series; bringing a comfortability in its familiarity. Following on from the third game in the series, the heroes of the Three Kingdoms and Sengoku have all returned to their daily lives, with no memory of the events that revolved around Warriors 3. However, the Greek God Zeus has very different ideas and through a rift in time and space, brings together the heroes from Dynasty Warriors to join forces with the characters of Samurai Warriors in a cross-over of epic proportions.

In a series of branching, arena-based levels, the story behind the amalgamation of the warriors, as well as the meddling from the Gods of Norse and Greek mythology covers a total of seventy missions that are set out over five chapters. From a party of three warriors of your choosing, you traverse the corridors of the levels towards your objectives of taking out base captains, generals and level bosses. Although you take a party of three into battle, you can only control one character at a time. However, you can switch between them at any time with the ZL or ZR buttons. Should your present warrior begin to fall low on health, then you can swap them out, where over time, they slowly heal back to full health. 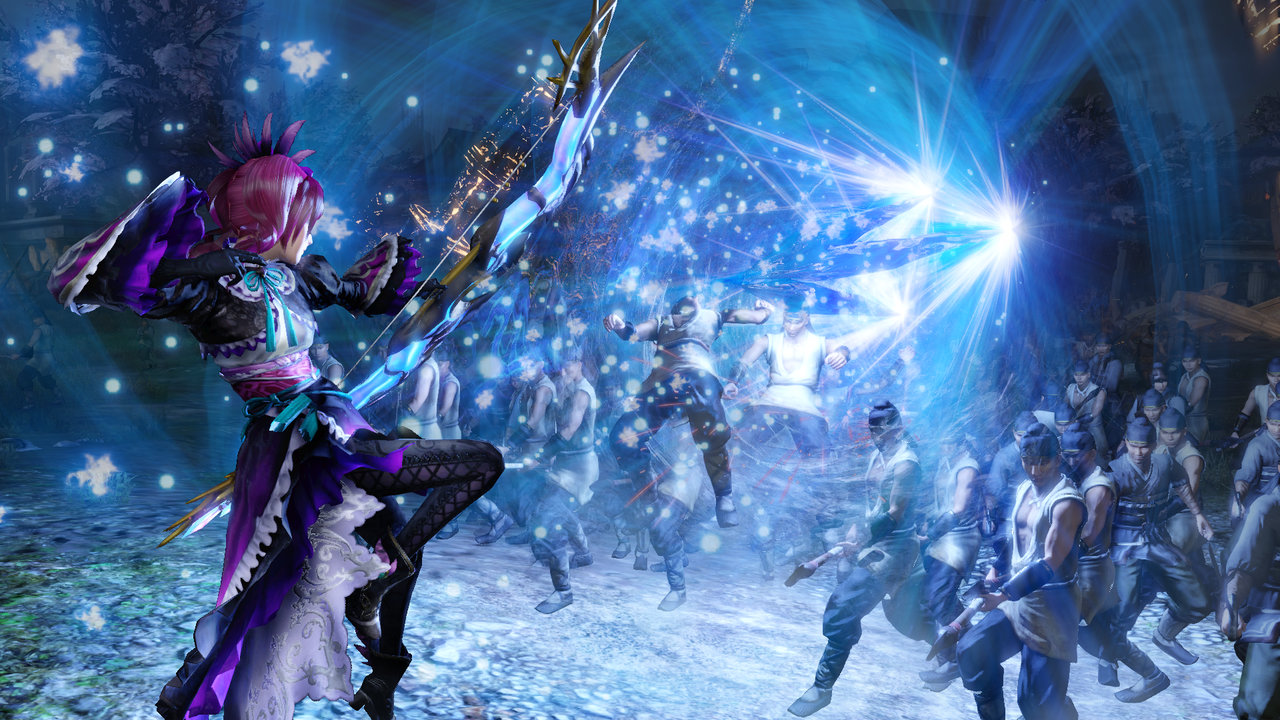 Standing in your way between each of the mission objectives, lie literally hundreds of enemy soldiers that you can sweep aside with your staggering array of combat moves, combos and magical attacks. Being primarily a hack-and-slash game, this mechanic within its gameplay is a very satisfying method of playing through each of the expansive levels. You have a staggering amount of moves at your disposal, from basic attacks with the Y button to charged and heavy attacks with X. Both of these styles can be chained together to take out masses of enemy fighters, combining them with a variety of button combinations to produce a series of dazzling moves.

With each hit, you fill a Musou gauge which, when full, allows you to pull off a special move with the A button. It’s immensely satisfying as you switch between characters, combo your buttoned attacks and pull off a string of devastating attacks that can produce multipliers and combinations in excess of a thousand hits. The further you progress through the levels and chapters, the more characters you unlock, up to a roster that boasts up to one-hundred and seventy warriors, as well as unlocking further abilities in your fighting stance. Magical moves soon become added to your arsenal, which are activated by pressing the R button and combining it with one of the face buttons. These too, hold many varieties from devastating attacks to elemental properties that are incredibly exciting and a sight to behold. As well as this, you can also call for a mount, by pressing R and B, with which you can traverse the levels and fight the enemy whilst saddled up on a faithful steed.

Everything screams at you in a combo-filled fest of gratuitous violence and special moves that produces the sweetest visions of eye-candy. Successful battles, as well as achieving a set of mission-specific objectives, awards you skill and growth points that can be used to upgrade and strengthen your party and characters. Defeating certain enemy types also awards weapon and armour varieties that can be equipped to party members. Defunct items that are no longer needed can also be sold for gems or dismantled into elemental fragments that can be used on other, existing weaponry. It brings an RPG element to the gameplay that boasts a wealth of options and depth into party personalisation and character development. 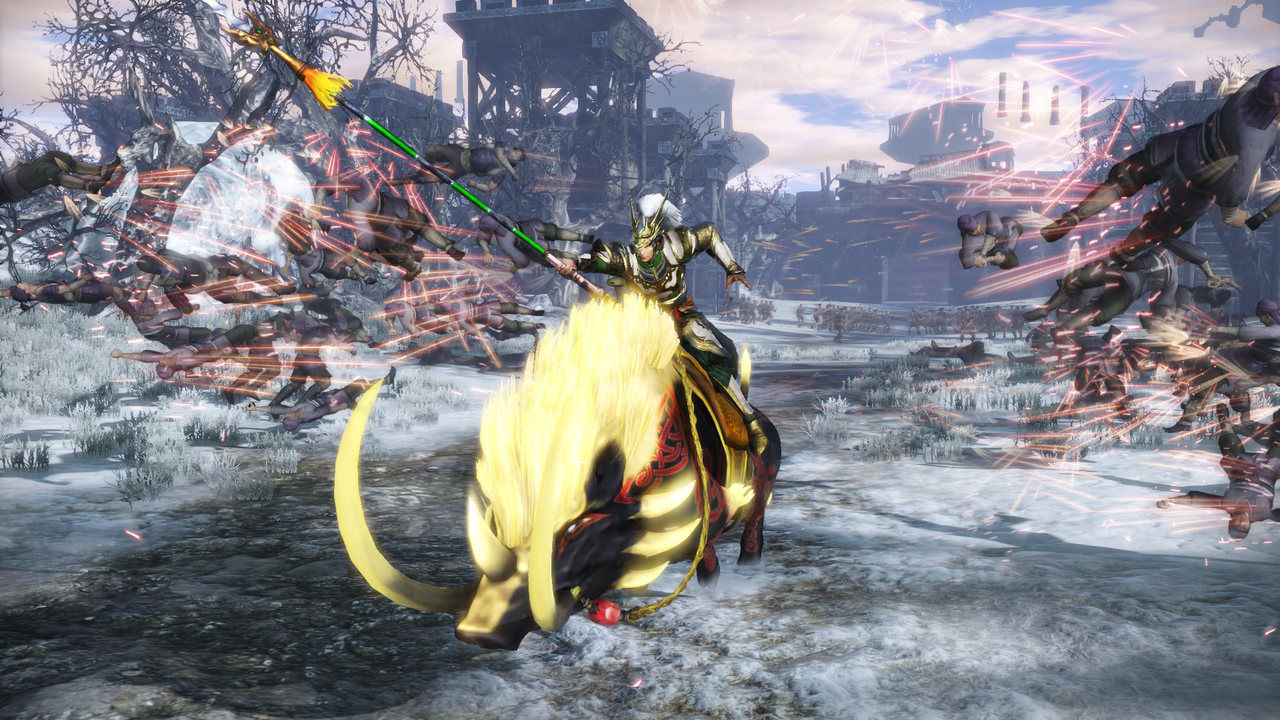 The whole of the campaign can be played in a drop-in/drop-out split screen element for up to two players locally. The developers have done a good job of incorporating the control scheme into a single Joy-con here, with only the camera control taking a hit; although it no-way detracts from the overall experience. However, a slight drop in frame-rate does, producing a more choppier experience than playing solo, but it doesn’t render the game unplayable. For the first time within its series, Warriors Orochi 4 also boasts a multiplayer element, taking place in a castle-capture style mechanic that pits two teams of three against each other in a domination battle to take control of three key locations. Unfortunately, I wasn’t able to find any playable lobbies at the time of writing this review, although I did play through the online tutorial. Again, it felt a bit choppy when compared to the solo campaign and hopefully it doesn’t present any problems when the lobbies become full.

Everything comes with a Japanese voice-over, which adds nicely to the ambience of the game’s setting. The story’s cut-scenes are fully subtitled, but so is the in-battle chatter, which when in the thick of the fighting, becomes nigh-on impossible to read with so much on-screen action. It’s only a small niggle and so far, I can say that I don’t think I’ve ever missed anything vital as far as mission progression goes, but it’s still a little annoying, even distracting, in places. The soundtrack though, is wonderfully executed here, with a very east/west theme that matches the action on-screen superbly. In fact, in terms of the solo experience, the game plays super smoothly. Its combat moves are spectacular, as are the various costumes of each character. Everything here chugs along in a satisfying frame-rate that produces a seamless experience in pulling off your combination of moves and moving from sector to sector within the designs of level layouts.

Overall, Warriors Orochi 4 is a welcome return to everything that makes the series so exciting. It may not contain the shine and gleam of say Hyrule Warriors or Fire Emblem, but the style of the game matches the darkness of its own themes and produces a more adult-orientated feel to its mechanics. It does have its issues, mainly in its multiplayer elements and performance, but I don’t think any of it is particularly game breaking. The whole package is packed to the rafters with content, depth, rosters and abilities. In fact, there is so much within the game, that I haven’t nearly covered it all within this review. If I was to do that, then this article would probably be double or triple the length of what it is now and, heck, you know what, I just want to dive back into the game and run a series of satisfying combos and sweeping moves. If you do want to know the rest, then just go and buy the game. After all, it’s the original hack-and-slash and in my opinion, still very much the best. It’s big, its bold and it’s truly spectacular.

Warriors Orochi 4 is a welcome return to everything that makes the series so exciting.