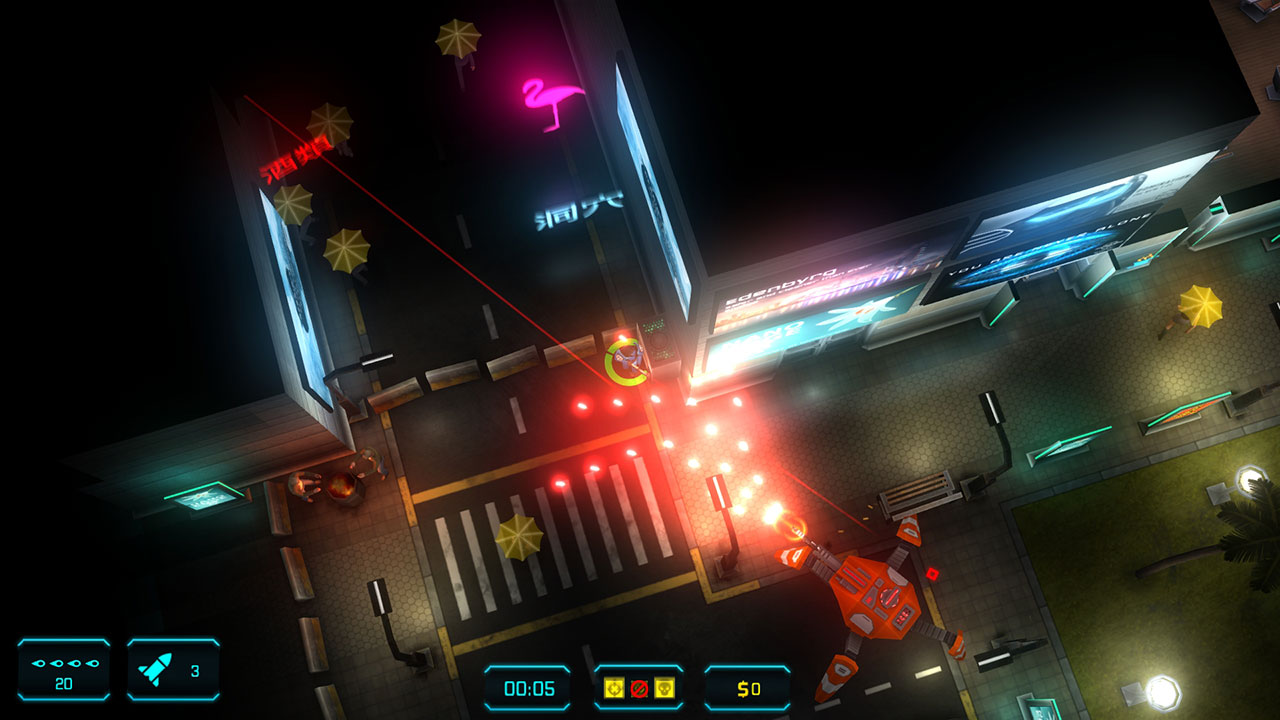 Robocop. Judge Dredd. The future of law enforcement is often depicted as swift and brutal. A system that allows for a single figure of authority to act as judge, jury and executioner, to legally sentence criminals to death where they stand. JYDGE is a top-down, twin stick shooter that allows you to deliver bloody justice through twenty levels, rescuing hostages and disposing of bad guys with your upgradable cybernetic Jydge. Medals are awarded for completing different objectives like completing the stage within a time limit or remaining undetected, which in turn, unlock upgrades and extra missions. While the game is relatively short, its a simple enough concept executed well enough to be enjoyable while it lasts.

Gameplay is very similar to Hotline Miami or Neon Chrome. Each stage has a main objective, things like assassinating targets, collecting evidence, rescuing hostages; these can be completed in any manner you see fit. Entry points are often plentiful enough to allow multiple approaches, different load outs allowing for completely different play styles. More customisation slots can be bought for upgrades to the Judge and his custom GAVEL rifle, using credits confiscated looted from the corpses of criminal scum and from crates dotted around each level.

Initially, I wasn’t exactly blown away by JYDGE. Blasting criminals into bloody chunks is certainly fun, but the initial weapons and upgrades are pretty underwhelming. As you progress and unlock more perks and fire-modes however, things start getting interesting. Quite frankly, there is a huge variety of stuff to unlock, each influencing the way you tackle the levels. Having lead based weapons shoot through walls, becoming invisible while stationery, damage being reflected three-hundred fold; the customisation available is surprisingly in-depth and pretty much necessary for collecting certain medals. Cash can be used to increase the damage of each primary fire mode, allowing you to morph your favourite projectiles into insta-gib death machines. Fun for you, not so fun for the seedy underbelly of Edenbyrg.

Presentation is a bit of a mixed bag. While the visual elements aren’t amazing they work well enough. Although the character models are pretty basic, they all explode into a gory mist when shot or fragged. Projectiles are simple and chunky, often filling the screen bullet-hell style. Most walls in the stages are destructible and explode in a satisfying shower of debris. Its polished enough to avoid looking messy, but are in no way pushing the boundaries of the PS4. 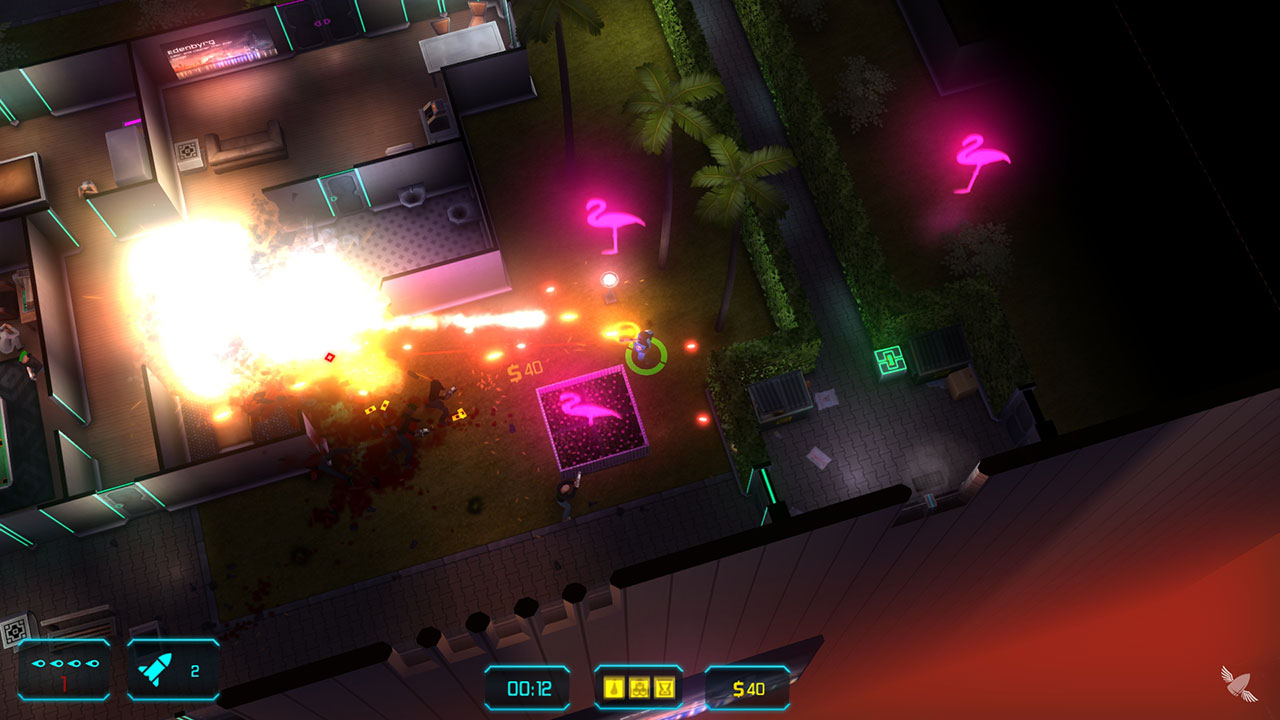 The sound design is more than adequate. A variety of simple loops serve as the soundtrack, and while they are extremely basic and repetitive there is enough of them to stave off muting the T.V. entirely. Firing projectiles from your GAVEL is accompanied by the appropriate zap or boom noise, and the shower of gore enemies leave behind also comes with a satisfying splat. Everything does its job well enough, but ultimately JYDGE won’t be winning any awards in these departments.

All in all, JYDGE is a solid shooter. Admittedly the majority of the fun lies in the customisation available, rather than clever mission design. One of the sticking points I had was that in order to progress, missions need to be repeated. Each stage has four difficulty levels, but instead of adding replay-ability seem to act more like padding than anything else. Local co-op is available, with the second player using the upgrades and weapon the first player has already unlocked. This allows for some great weapon/ability combos and is a welcome addition to the game. As an ultra-violent twin-stick shooter I’d say JYDGE was enjoyable in short-to-medium bursts and well worth the price-tag. If you enjoyed Hotline Miami, give this futuristic slice of JYDGEMENT a try.