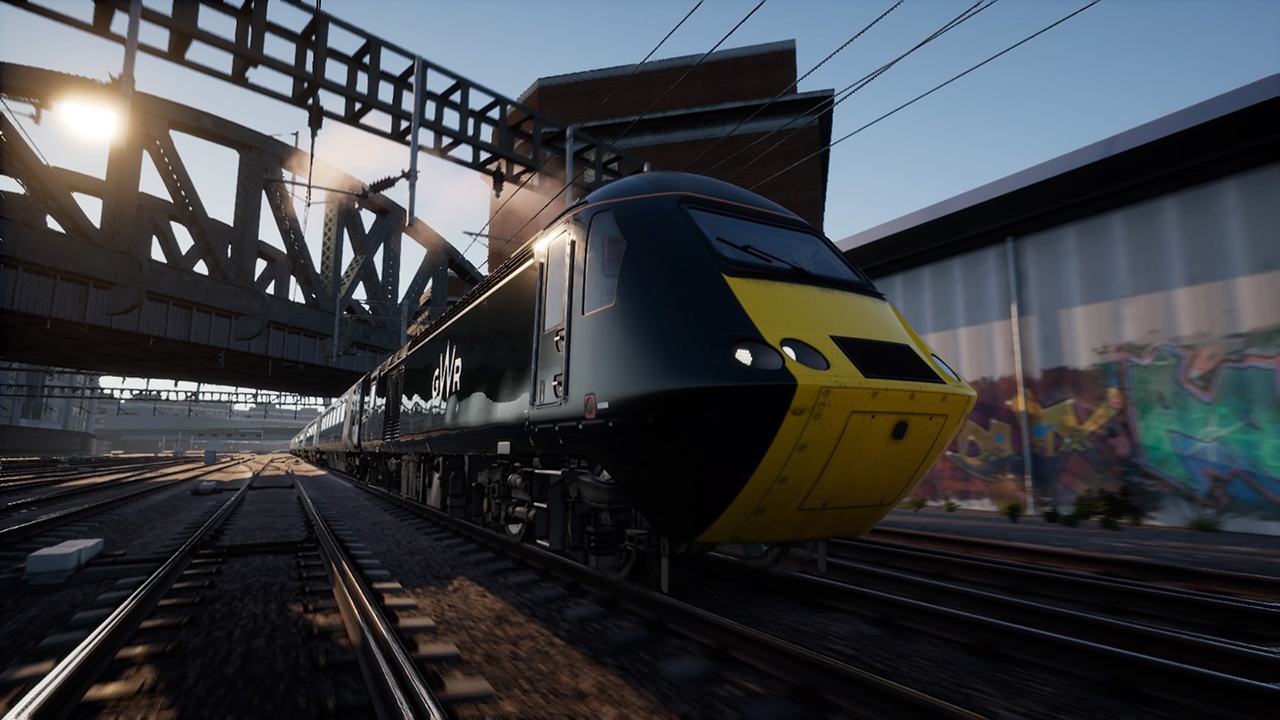 Calling all passengers!! The next train departing from the platform will leave shortly, as it makes tracks to its destination upon the PlayStation 4 in the form of Dovetail Games’ Train Sim World. Published through Massive Entertainment, this locomotive simulator is a trainspotter’s dream, tasking you with driving, as well as riding on, a variety of iconic engines along a series of worldwide lines. This is no journey for the faint-hearted though, as this is a simulator in the true sense of the word, with a myriad of console controls and timing requirements that would even make the most experienced of virtual pilots sweat!

Despite its complexity, each of the scenarios takes you through a series of tutorials, covering everything from throttling to braking, door controls to external lighting and wailing alarms to window wipers. These opening sequences to railway stardom also cover a variety of engines which include locomotives such as the HST models, 66 and 166 Classes, BR1422 Talent 2’s, ACS64’s and GP38-2. If these models of train don’t mean anything to you, then don’t worry, as they didn’t mean anything to me either, but they soon will as you play through this game. It’s important to take on board the information provided to you throughout these tutorials too, as it isn’t too long to before you’re tasked with a variety of roles across hundreds of track-based scenarios; although you can set this game to keep hold of your hand as tightly as you wish and for as long as you like, as you learn the various mechanics of driving a train.

Each of the mission tasks offers a variety in the scale and scope of the jobs required of you. Everything is covered here, from commuter runs to general maintenance and haulage to line connections. It does add a touch of variety, as so does the differing functions of each of the engines control schemes, and if it all becomes a bit too much for you, then you can simply board a carriage and slip back into your seat as you watch the world slide by from the view outside of your window. It certainly is a view too, as the game takes you on a journey through three locations from the GWR Western route from London’s Paddington through to the Bristol Line, the Mitteldeutschland S-Bahn that takes you through the historic German city of Leipzig and along the North-eastern corridor of the iconic New York landscape. 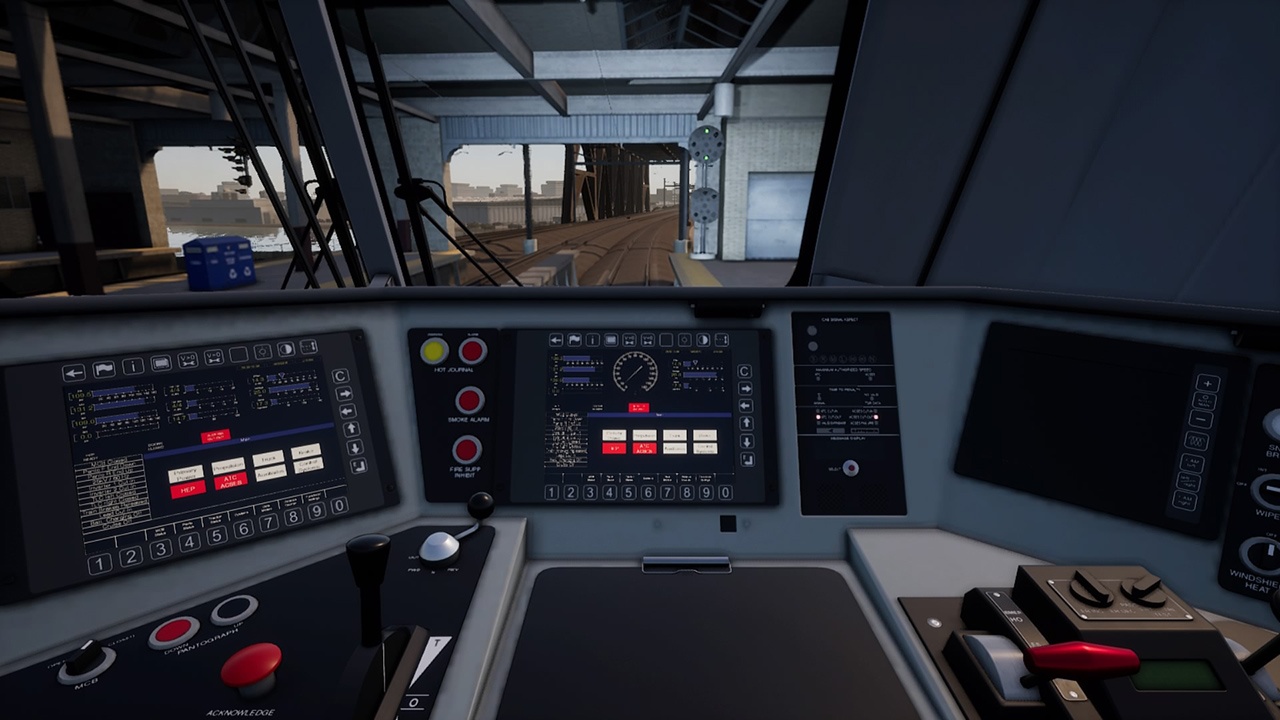 Not only does the game contain a level of technicalities with its mechanics of train driving, it’s graphical presentation also matches the same degree, with lovingly-recreated cockpits, engine exteriors, carriages, scenery and stations. Everything here is a delight to look at, although when it comes to the landscapes, this is only relevant as the scenery passes you by. Take a closer look and it’s textures can be particularly bland and you’ll often find yourself coming across the same old passengers; even sets of twins within the carriages that bears a horrifying resemblance to something out of the Shining. However, this is a title that is all about the trains and in this respect, they truly are the stars of the show.

These can all be viewed from a series of camera angles too, offering you free views, as well as front and rear varieties. Although the level of detail here is easily on par with simulations often found on PC’s, its camera angles lacks the PC’s functionality, with its free view remaining static for many of its views, although it superbly replicates the view of missing your train as it pulls out from the station. However, despite its level of simulation, there are certain factors where the game takes itself far too seriously, giving you some real-life situations that are needless to say the least.

One such scenario tasked me with getting to London’s Paddington station, in order to pick up a train that its driver was late for. I then had to get the train to Reading station where the driver would then resume his responsibilities. I duly boarded the carriage of the next departing train for London, taking in the ten minute views and changing carriages to avoid the Nicholson twins, before we duly pulled in to Paddington station. From a first-person perspective, I then changed platforms to find my target train. Climbing into the cockpit, I set my controls ready for departure, opened to doors to allow my passengers on and then waited for fifteen minutes before I was allowed to depart. Yes, fifteen minutes I just had to sit there, newspaper in hand whilst supping my flask of tea. There’s no option to fast-forward time here, you merely have to sit it out until it’s time to leave. Admittedly, it does add a touch of realism to the proceedings, but forcing you to wait around for what seems an eternity does seem a tad unnecessary to me! 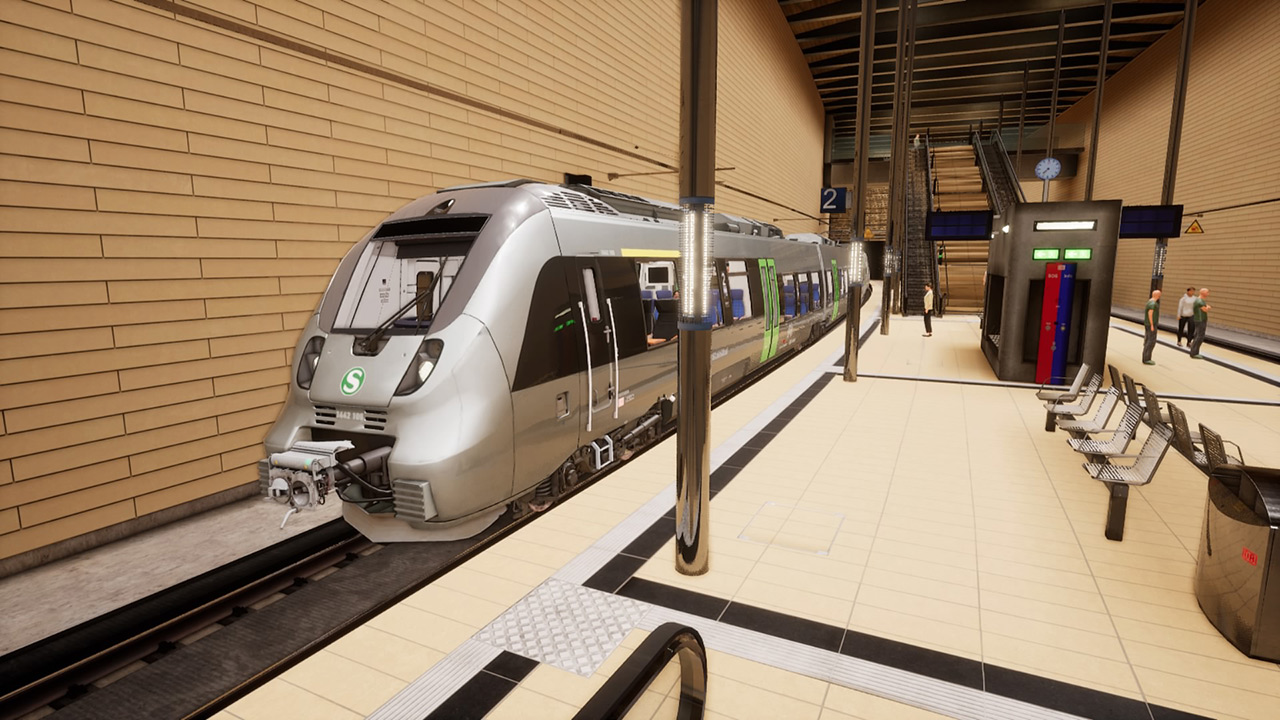 It’s these mechanics of the game that makes it a title that may not appeal to everyone. However, as a simulator, there is something here that is very alluring to experience. It’s technicalities and wealth of options do provide an interesting experience. Although primarily a simulator, it also contains other elements in its gameplay to give a break from the norm. You can hop on and off trains as you please, riding within its carriages from station to station, where you are free to explore its platforms. Here, you can find a number of collectables, all of which add to some trophy acquisitions, giving you a sense of a free-roam style of play.

It has to be said though, that if you’re looking for a certain style of excitement, you won’t necessarily find it here. Admittedly, there is some satisfaction in driving these diesel-fuelled beasts, even sticking to timetables and producing a successful run along the variety of lines that are on offer here. However, the majority of your time here involves staring out of windows, waiting for trains or departure times and exploring the scenery. In terms of replicating railway journeys, it does a subliminal job but if you want an edge-of-your-seat experience, then you’ll be sorely disappointed. This is a game that plays at a leisurely pace and one that provides you with a relaxing time, as long as you can learn and get over the complexities of learning how each of the engines run.

Overall, Train Sim World offers a superb example of simulation gaming; one that is easily on par with a PC title, which is rarely seen on a console these days. It’s graphical and audio presentations are expertly done; even replicating the clackety-clack as you trundle along the tracks. It contains no end of scenarios for you to experiment with, even throwing in varying weather conditions to test your abilities to the max. If you’re a train enthusiast, then there is a lot to love here. The same can also apply if, like me, you just appreciate a good simulation game. There is something infinitely satisfying in learning the mechanics of this game and successfully pulling off a packed commuter run and in terms of this, it’s most definitely a title that is easily on the right tracks.