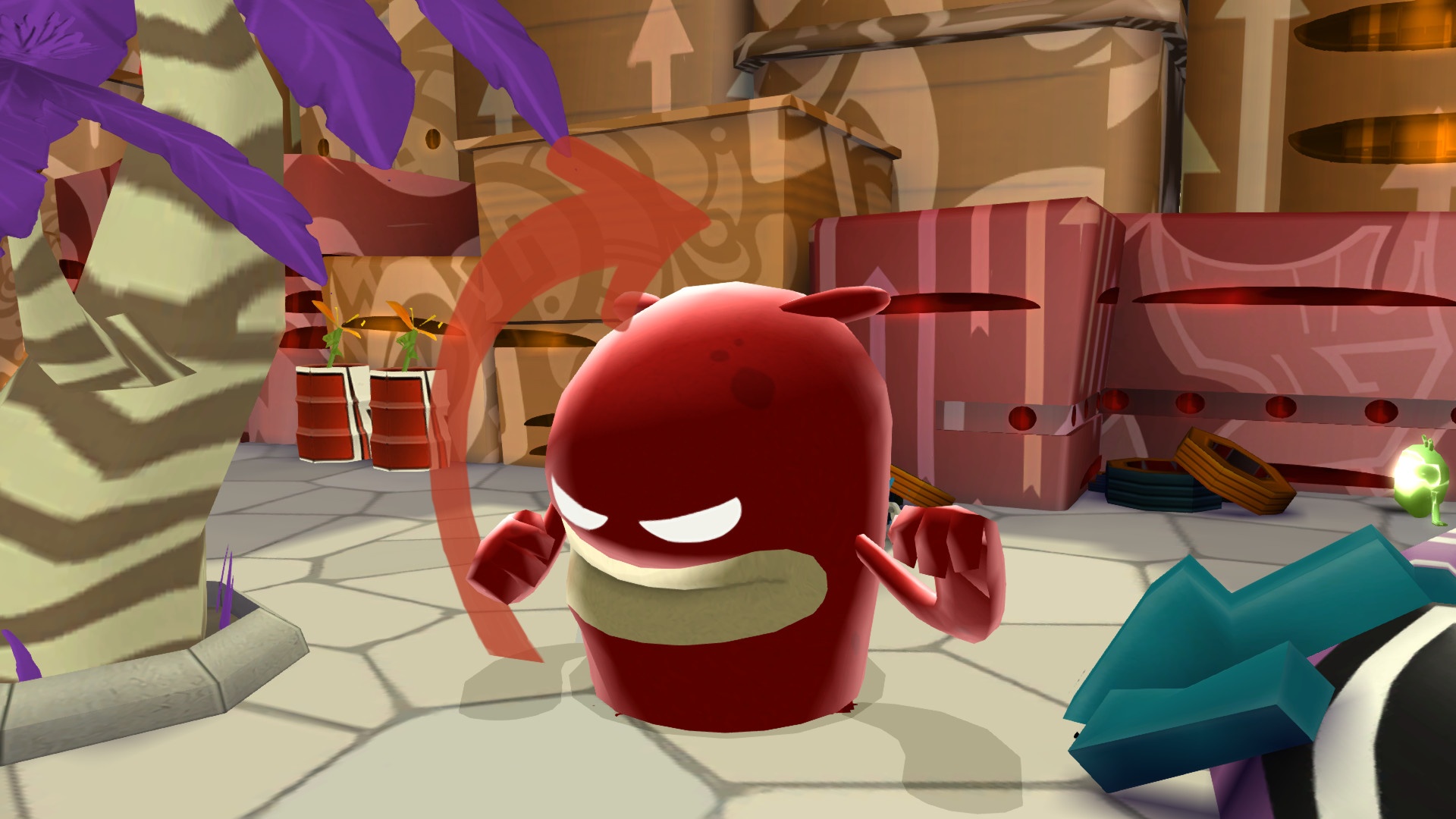 In its early days, the current console generation was rife with remasters, and other ‘’definitive’’ editions, as it was much easier, and most importantly faster, to simply re-release an already existing title, on a brand-new platform. However, with time, the number of upcoming remasters has begun to wither, as once the current gen has gathered some serious speed, many developers and publishers have decided to go all in. And while remasters became a rarity, some publishers were still committed to releasing to older titles on the current platforms, but instead of simply porting them, they’ve remade them completely. And while the remakes of the Crash Bandicoot trilogy, and the original Ratchet and Clank, were highly successful, they’ve not inspired others to continue the trend, and funnily enough, it looks like the cheap and easy remasters are coming back.

THQ Nordic, throughout this year, has begun to rerelease a number of PlayStation 3, Xbox 360 era titles on the current gen consoles. And most recently, the developer in question has re-released and re-published the Nintendo Wii exclusive, De Blob – on both, PlayStation 4 and Xbox One. And while the title in question might have garnered rave reviews back in the hay day of Nintendo’s most successful console, it has unfortunately aged rather poorly.

There is no other way to say it, but De Blob – at least in its current form – is simply visually underwhelming, and at times disappointing. And that’s because it is not just an old game, but is an older title, which was built with Nintendo WII in mind. And just like all the other titles, which were exclusive to that particular platform, De Blob is full of blurry textures, downright ugly objects, rather crude animations, and borderline non-existent visual effects. And such state of affairs is seems especially disappointing, after one takes into consideration the fact that De Blob’s core gameplay mechanics are all about its visual features. 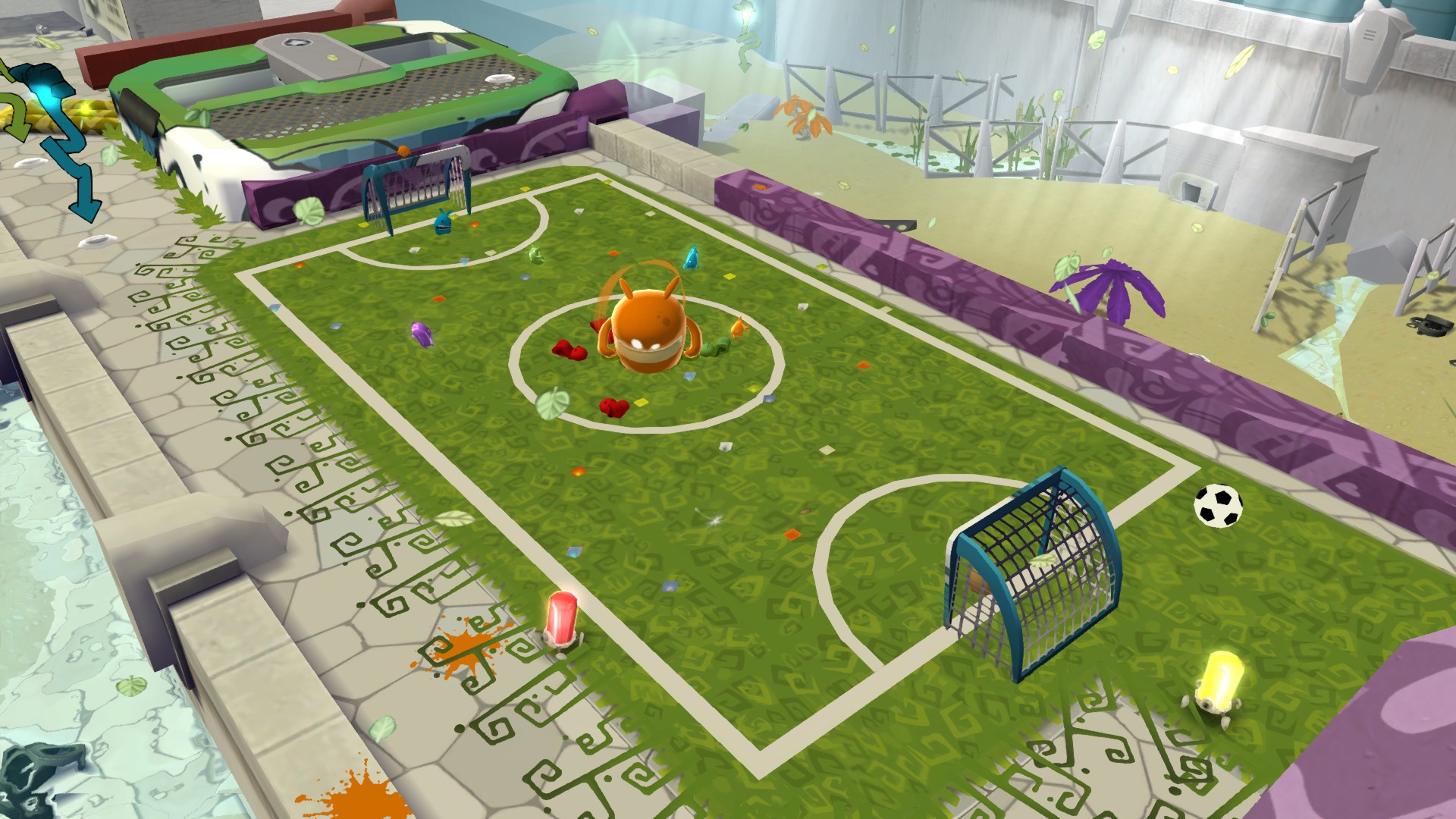 In-game, player is in-charge of the titular Blob, who is quite literally a blob of gloopy liquid. And your main task within the story mode, is centred around returning colour to the in-game Chroma City. And you do so by absorbing coloured paint from spider like robots, who carry around tanks with red, blue, or yellow paint.

On its own, the painting mechanic can get boring incredibly quickly, but in-game one will be able to find dozens of different quests and challenges, which introduce variety to the otherwise mundane task of painting the city. And while all the in-game challenges boil down to time-attack sprints, painting a number of buildings within a strict time limit, and transforming certain landmarks into other, more colourful structures, they’re all still all about simply painting the city.

Some in-game challenges, such as the time-attack races, can be truly entertaining, but in general, all the in-game quests feel rather flat, and ultimately disappointing, as the only reward which one can obtain from them, is additional time, as every level of De Blob has to be completed within a certain time limit. And while a time counter could add some intensity to the title’s gameplay, it ultimately fails, as even by skipping the vast majority of challenges, one will never find him/herself in a situation where he/she is about to run out of time, and ultimately fail the level. 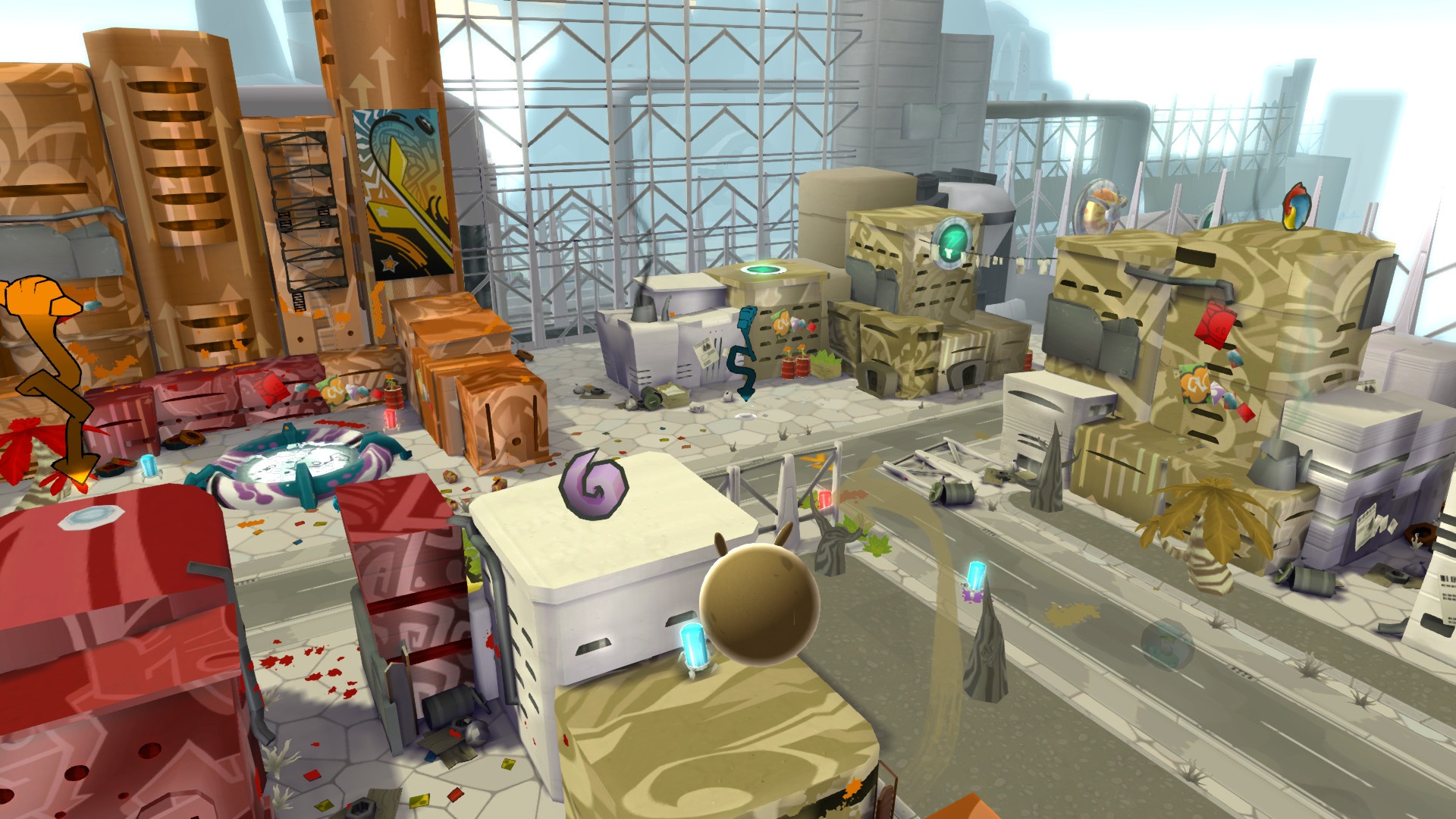 De Blob’s visual façade is one of its main issues, however, it suffers the most from lack of any gratification, and rewards. As ultimately, one can only get so far on the back of time limit extensions. And if only De Blob featured some additional tools, which one could unlock and upgrade throughout, then maybe, just maybe, it could achieve the heights that it did back in the Nintendo Wii days. But unfortunately, in its current form, De Blob feels simply out of touch and most importantly, out of time.

I personally don’t believe than any game could be just ‘for kids’, however, De Blob feels, looks, and plays like a title, aimed right at children between the ages of four and ten. As it is ultimately an inoffensive title, with simplistic goals, which is easy to understand and master. And the limited visual façade, ultimately only makes the title even more approachable, as it gives De Blob yet another layer of simplicity. As in game, it is really easy to differentiate between the objects which can, and cannot be painted.

Ultimately, De Blob is a title which is as inoffensive as it is insignificant, within the modern market. As it is a title which quite frankly, nobody asked for and one that no one has really expected. And while most will surely avoid it for all the above-mentioned reasons, it still has to be underlined that it is still a perfect game for kids. But even then, it is much easier, and much cheaper to simply purchase De Blob from the iOS store, as it has been available on all iPhones and iPads since 2008. And as we all know, vast majority of modern kids is much keener on mobile platforms, than home consoles.