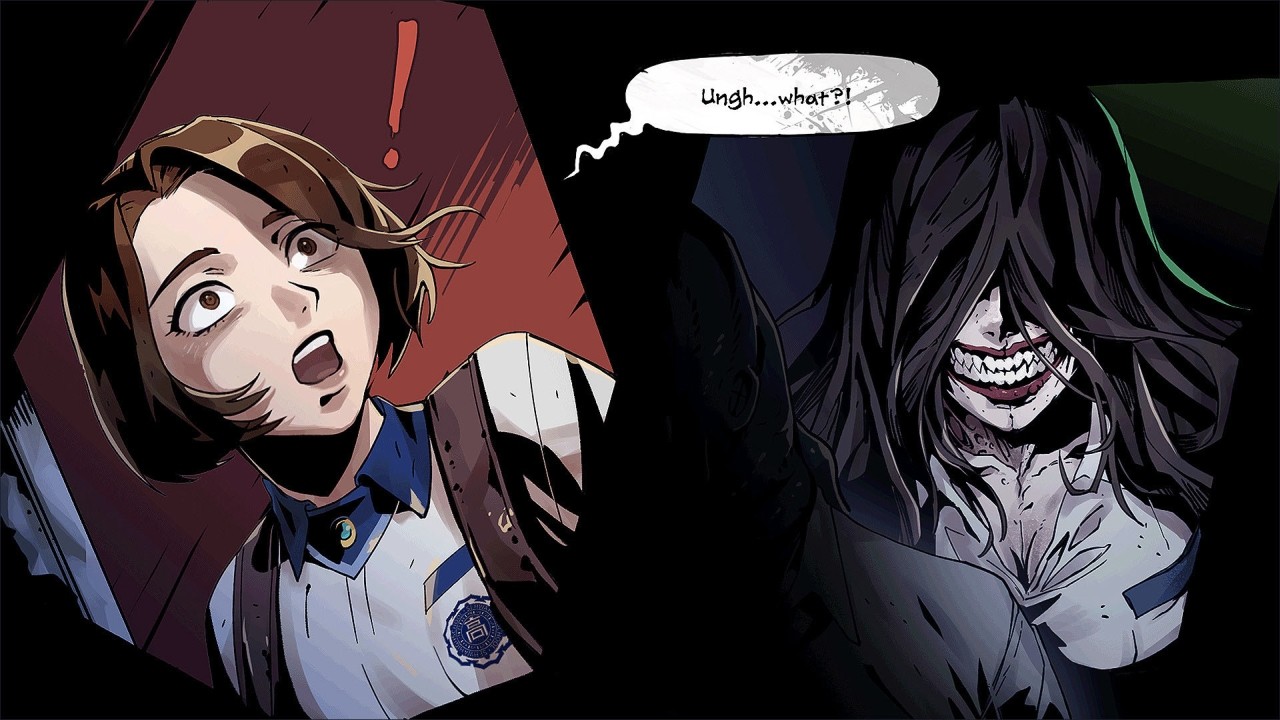 When indie horror movies make the jump from the small screen to a bigger budget, it rarely ends well. If anyone remembers the Saw franchise with any sort of fondness, you’ll recall the first movie was incredibly simple: a single set with some flashback cutaways, only one real moment of gore-centric tension, and a frigging fantastic twist at the very end. It was brilliant and launched a series of films that promptly forgot its roots within the first sequel. Now, the second Saw movie wasn’t bad by any means, but it got way over its head in terms of focus, mission statement and effects. The Coma was a fantastic horror game that had players set in a singular location with our empty-headed protagonist, Youngho, trying to fix his grades and not get murdered whilst trapped in an alternate world known as The Coma. Naturally, if you played the game through and did all the extra side work, you got the “true ending,” which basically set up the sequel, so you knew it was coming.

The Coma 2: Vicious Sisters is a continuation of that main story, but, like Saw 2, it decides to open its scope wider in multiple ways. It attempts to create a more complex lore for The Coma, it adds a bunch of additional items and actions, and it decides to add this layer of DLC that I wasn’t a massive fan of, but we can cover that in a moment. Coma 2 opens right where the last game ended, with Youngho’s friend, Mina, gripping the amulet that Youngho’s unconscious body dropped on its way to the hospital. We then try and pretend that maybe Mina isn’t going to be a part of the Coma by showing her chatting with friends, avoiding a guy she doesn’t like and grabbing snacks from a vending machine (and seeing the new, cute English teacher!). Then Mina gets a bad grade on a test (B+ is bad?), leaves class late, sees a creepy dude from her class and follows him into a room that was definitely sealed shut before, and oh look she’s in The Coma now. This time, the subtext is removed from the get-go. Players are immediately aware they are in this nightmarish nether world, and that there is a ritual involving the Super Blood Moon, and it’s all going to be bad unless we can stop it. Oh, and if you were a fan of Dark Song screaming and chasing you in the previous game, great news: that’s definitely still a thing, and somehow a bit less scary!

Let’s focus on the positives of The Coma 2: Vicious Sisters first. Right out the gate, the production value is through the roof on this game. Everything has been touched up in the correct way, with the hand-drawn graphics being preserved and amplified, giving players far more visage of the creepy, horrible world within The Coma. The design of different abominations – from desecrated bodies to the monsters beyond humanity – are still something to behold, and I get an even greater taste of that now that the world has been expanded outward so much. Additionally, the soundscape has been turned up to the 9s. I absolutely adore the fact that so much of the game is voiced. Korean horror films and dramas are vastly overlooked in comparison to other Asian horror movies, and the unsettling effects of having the different characters speaking and whispering lines help to deliver some of the same resonance that you’d get from the Whispering Corridors movies. Additionally, the general layout of sound effects and ominous soundtrack work even better here: much like the last entry in the series, The Coma 2 rewards those who are attentive to the approach of footsteps and paying attention to subtle moments that indicate when things are about to get difficult. 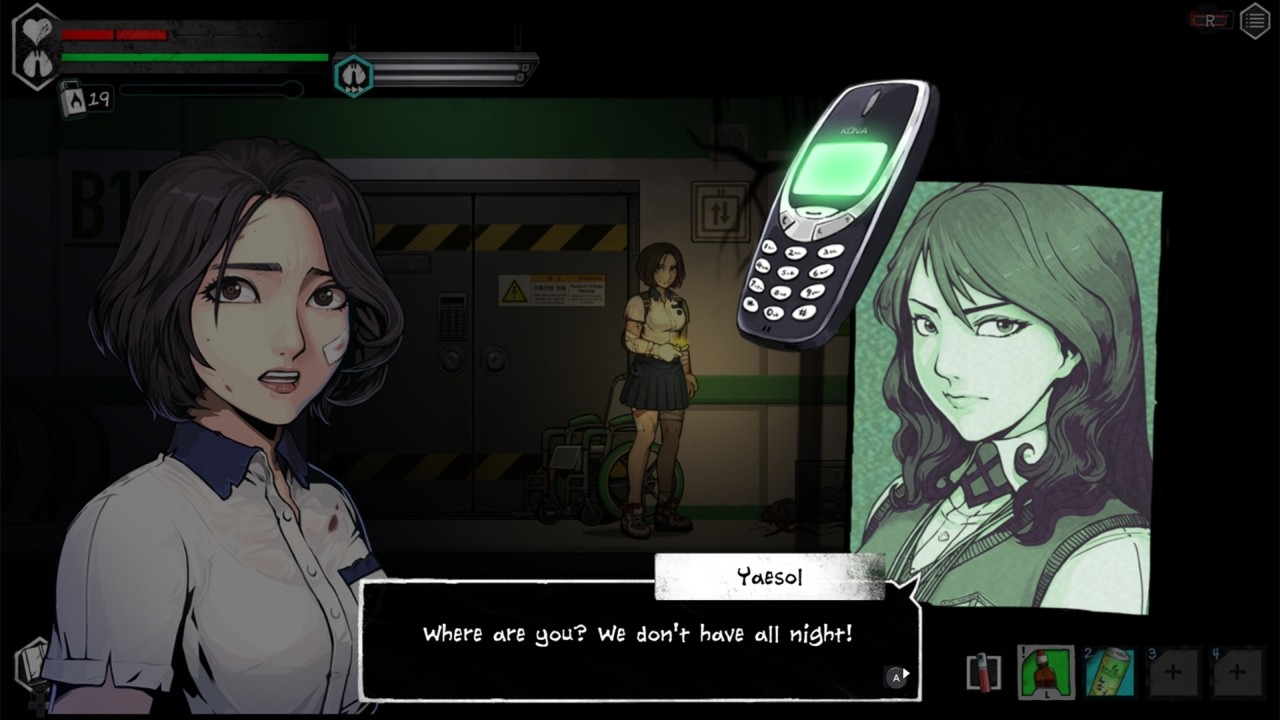 Additionally, the game itself is incredibly successful in action and portrayal. The Coma 2: Vicious Sisters invites players to have a more active role in their survival, giving access to multiple items and tools that Youngho didn’t have the first time around. The map system feels far more intuitive and easy to follow, with the character cursor updating more accurately and regularly. The use of health items acts as a double-bladed promise: you might not die instantly from some kind of attack, but that also means there’ll be things that are purposely intended to kill you slowly in comparison. There’s also the inclusion of different items that are basically there to save your life, which I’m still on the fence about. On the one hand, having key items that are essential to prevent your death in very select encounters gives gravity to the gameplay and to being thorough: failure to grab certain items like pepper spray or holy water could leave you up a creek and without direction when the wrong monstrosity decides to end your life. And the fact that a lot of these encounters require you to do quick time events…it works, but at the same time, I sort of wish it didn’t, just because it’s not my favorite form of gameplay. Especially when the entire frigging finale is all about QTE, but that’s my own axe to grind.

What bothers me about The Coma 2: Vicious Sisters is that it feels like the series is going in a direction that I’m enjoying significantly less than the original. I look to classic horror games like Clock Tower to get the proper feeling of fear and helplessness. Most of the time, the monsters and killers who seek to hunt us down have all advantages save one: the need to self preservate. Once you give the hero or heroine a gun and have ample opportunity to turn the tables, suddenly a bit of the pressure is off. Resident Evil: Nemesis did a fantastic job by balancing the action with the need to outrun and outthink a demon that couldn’t be stopped. Vicious Sisters makes certain elements of the game unbeatable, but also has plenty of very small, almost annoying moments of attack that inconvenience you for not playing the game properly. If you don’t run through some areas, you’ll get sick from poison gas or get whacked in the head by tentacles, and then you need to heal up with something from the vending machine. It’s almost a throwaway moment that doesn’t hold enough gravity to keep you engaged. Don’t get me wrong: it’s good for a couple of jump scares, especially when you haven’t taken damage for a long time, but it really doesn’t do a ton in terms of making the game more exciting. I just need to make sure I grabbed some Ohana Bars from the vending machine before I depart the cafeteria area. 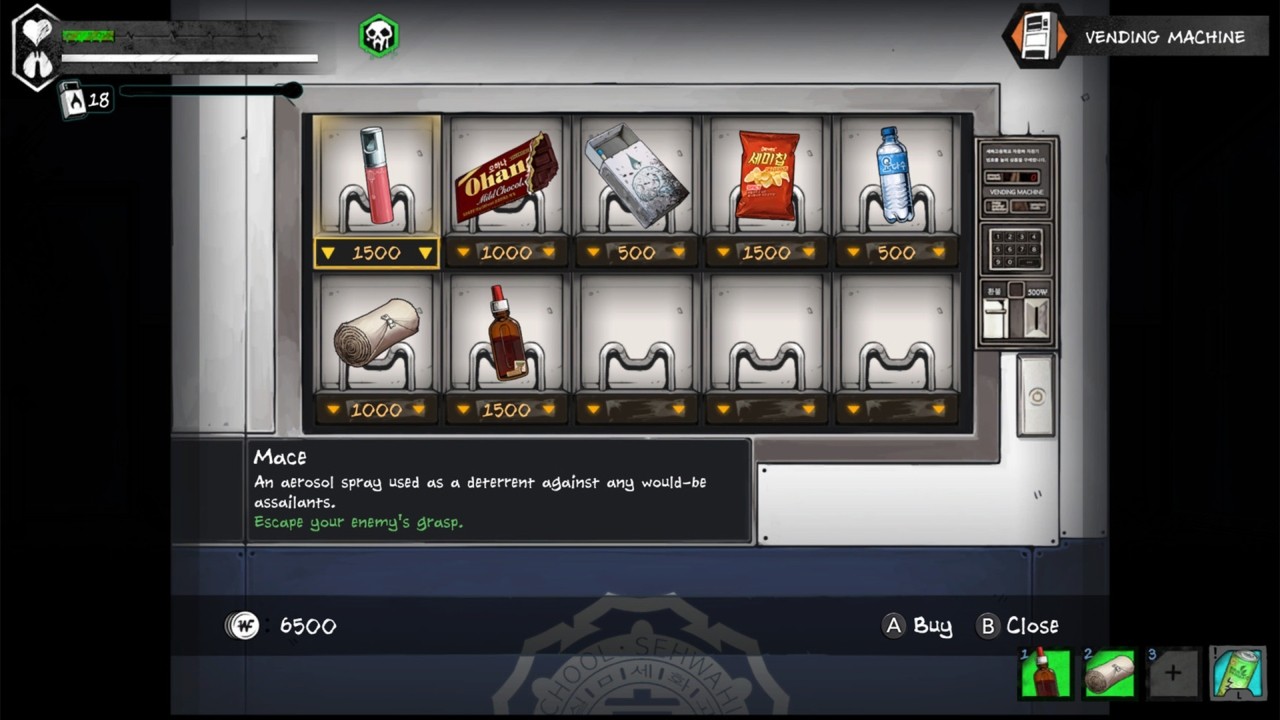 Still, the best part of The Coma 2: Vicious Sisters is that it opens up the universe in a wide, wonderful way, adding so many new layers to The Coma by showcasing how it exists outside of Sehwa High School, infecting different corners of the world and has a much greater, more magnified presence. I did enjoy learning about the fabled tale of the Vicious Sisters, about Seho’s involvement and what Yaesol does to assist Mina like she did with Youngho. Without spoiling too much, there’s a dreadfully boring ending that does a good job of leaving the door open for more potential sequels, and I sort of hope they happen. Truth be told, I went from not being happy about the game going outside of Sewha to being more excited, hoping to see this twisted landscape in a greater capacity. It’s sort of how Corpse Party allowed the series to be reborn but still maintain some of the core elements, and I would like to see The Coma expand even more in the future, but I don’t know if it’s possible. The backbone of everything is the setup: having high school students get pulled into a nightmare world beyond their comprehension and trying to survive. It’s not nearly as grim as something like Detention, but it’s got an exciting bite to it, and it would be great to keep the story going in some aspect.

The Coma 2: Vicious Sisters is a different sort of flavor than the original, and it’s not bad, it just isn’t the same. As long as you temper expectations and don’t imagine you’ll have the exact path but in a variety of skirts this time, you’ll be fine. I personally wish you could unlock more of the costumes for Mina through gameplay and not through eShop purchase, but that was someone’s choice, it’s unobtrusive and doesn’t affect my experience whatsoever, so cie la vie. Feel free to dive in when you get a moment: there’s no better time than now to experience a nightmare world of parallel, twisted identities where murder and horror are the norm.

The world of The Coma crawls back onto the Switch with some new gameplay changes and a broad new arc for the twisted tales of Sewha High.