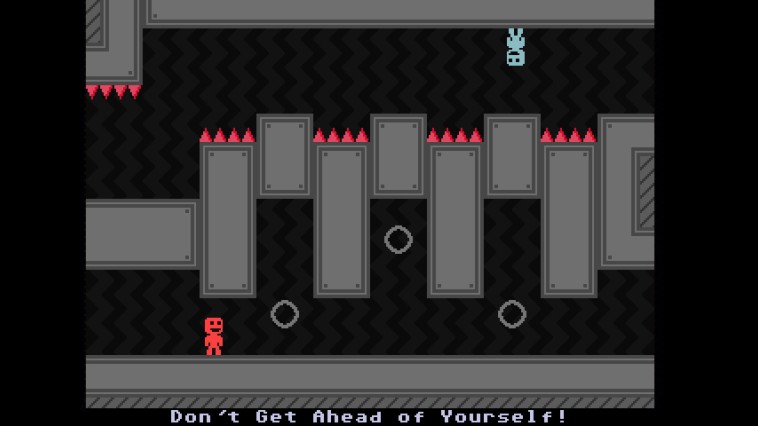 Finally. Some people might have their own particular flavor of game that they can play over and over again. Be it Tetris, Street Fighter or Doom, we all make allocations to keep buying the same title numerous times because, well, we love it, and we want to keep playing it on our newest systems. It doesn’t matter that I played Mr. Driller years ago in an arcade somewhere in Kanagawa, I want to keep playing it on my phone and, God forbid, whatever comes after the 3DS. And now, such a title has finally arrived on the Switch: VVVVVV.

VVVVVV (pronounced by saying “V” six times) is the tale of a spaceship that gets sucked into some kind of weird time/space disturbance, scattering the six crew members (each whose name starts with V) and leaving you, the Captain, to try and gather them back together. In the process, you realize something very strange is going on, and you’ve gotten yourself and your crew into a bizarre, nightmarish world of perils and gravitational funk.

VVVVVV is incredibly simple to control, and that’s the last mistake you should ever make in this game. You have two buttons: move and change gravity. You cannot jump, shoot or dodge, and the only hope you have is the ability to instantly change if you’re stuck to the ceiling or the floor. Since it sounds so straightforward, you can imagine that everything that’s tied into it might be a bit tricky, and that’s a damn understatement. The level design of the massive ship that you explore is meant to drive you positively insane with the tight and unforgiving turns that are needed to navigate the blocky and often spike-filled hallways. Touch a spike, enemy or hazard and instantly die, only to respawn at the last checkpoint you encountered. 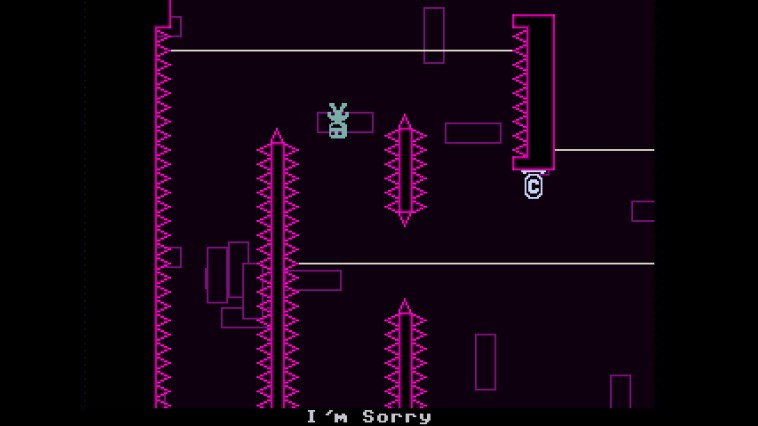 The way that VVVVVV plays is a joyous frustration. You learn quite quickly that you need to keep on your toes at all times, and I think the game tries to telegraph that to you via the graphics. Some feel the very old-school, Atari-era design tells players “hey, this is like those old games that used to make your parents cry.” And it’s not wrong. Simply trying to complete the main storyline is something that requires a ton of precision and skill, because it really can be just a matter of pixels that separate you from victory or needing to do the whole thing over again. And, in some cases, the checkpoints are plentiful, but others feel pretty spread out. Thankfully, if you end up going a long distance without checking in, that’s usually because you’ve gone a strange route and are dooming yourself to die. VVVVVV doesn’t make the game impossible, but it does reward good memory and fast fingers. Particularly in some areas, such as bouncing off of light ropes or vertically climbing an advancing shaft, really showcase what good, simple creations can make, and the replay value is instantaneous. Because you’re going to die.

There are also some mysterious disks that need to be collected in order to unlock the true ending of VVVVVV, and those have become almost infamous in terms of players being able to get them. The Veni-Vidi-Vichi achievement is one of the most satisfying gets I’ve had in my life (and I know I’m going to get a comment for misspelling it, so I’m sorry in advance). Not getting those disks is alright, especially on the Nintendo Switch, because, brace yourself, the game allows you to unlock things at your own leisure. Seriously. I don’t know if this is an update that exists on other flavors of the game, but you are able, through the main menu, to unlock literally everything in the game without needing to play it. Rather than seem like an easy out for people, I think this exists for players who just want to jump right into where they left off on their other copies and not grind the hours necessary to re-do everything.

The player made levels are also available for folk who want to see what amateur designers have put together in their free time. I can’t properly critique these designs since they aren’t technically relevant to the game (fan made and all that jazz), but I will say that more than a few are worth your time and effort to play because there are some good ideas therein. Original storylines and levels have come together to make brand new versions of what happens for the VVVVVVV crew either before or after this game, and, in some cases, it’s like whole new sequels are baked in, for free, whenever you’d like to play them. 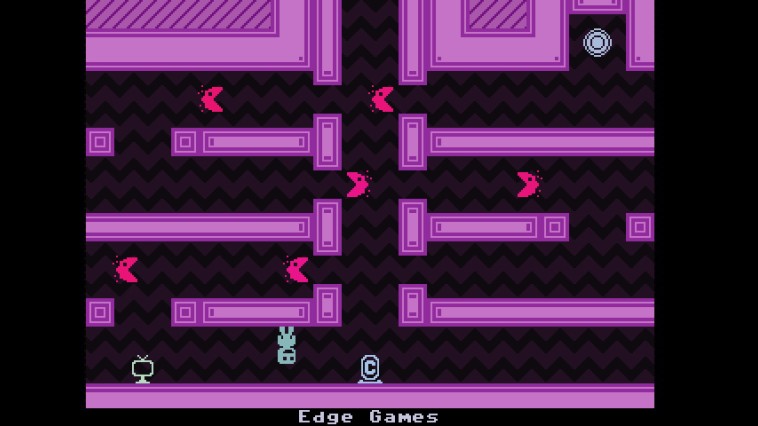 Lastly, I do want to mention the co-op mode (there’s also an invincibility mode but I think that speaks for itself). Co-op is an interesting take that feels like something between a competition and a lifeline. The game doesn’t address that there’s two captains, not in any serious degree, and the result is that you have two characters on the screen, but one dying isn’t the end of things. Far from hindering you, the co-op is like giving yourself a second life without needing to use up a respawn. Two skilled players can help each other out for the smaller missions, and they can really taunt each other when one is able to make it to the next checkpoint and the other couldn’t. While it doesn’t necessarily add anything to the game, it creates a cool new situation for veterans to either help out new players or to simply brag in front of each other about who did it best.

VVVVVV is a modern classic, and I’m always grateful to see fantastic games like this land on the Nintendo Switch. If you’ve played it to death on any other available areas (Steam, 3DS, Toaster) then you may hesitate to pick it up again, but I do argue this is the best version so far. If you didn’t like it before or don’t have patience for truly rough puzzle platformers, then you have no reason to think it’ll be different this time (though the slow motion and invincibility modes may change your tune). However, if you still hold a candle in your heart for the insanity of this crew, then turn up the lights: this little gem still shines.