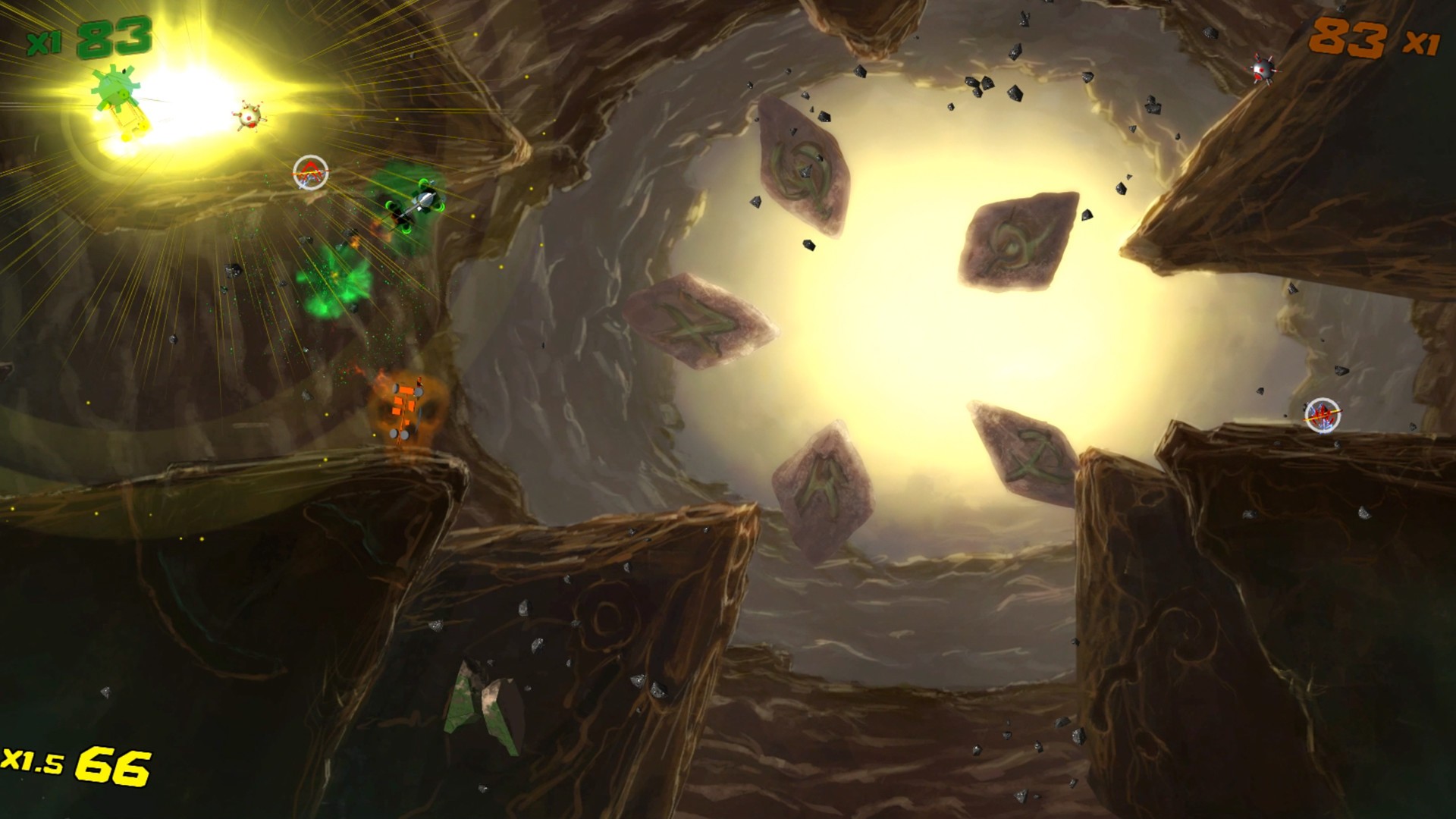 I’ll be completely honest here, the title of this game Hyperdrive Massacre made me want to play it without even batting an eyelid on what it entailed. As quoted by the developers, 34BigThings, you will stumble upon an 80’s style fragfest which supports up to 4 players locally, focused on kinesthetic, tactical and shooting skills. I will get this out of the way early on and state that, sadly, there is no online multiplayer experience here.

So let’s unwrap what Hyperdrive Massacre is all about then. It is essentially cars in space with weapons and abilities to help you combat your opponents. You have the choice of going it alone and testing your skills and patience against the AI or if you have real life friends and family, you can club together on the couch to have even more fun. The controls are very simplistic and you’ll find this very fast paced; so inexperienced video game players may find it very difficult to handle, whereas veterans of the gaming world will tackle this easily. This doesn’t mean that veterans will outdo the amateurs, as the encounters contain utter chaos which can be a challenge to master, but practice makes perfect, right? 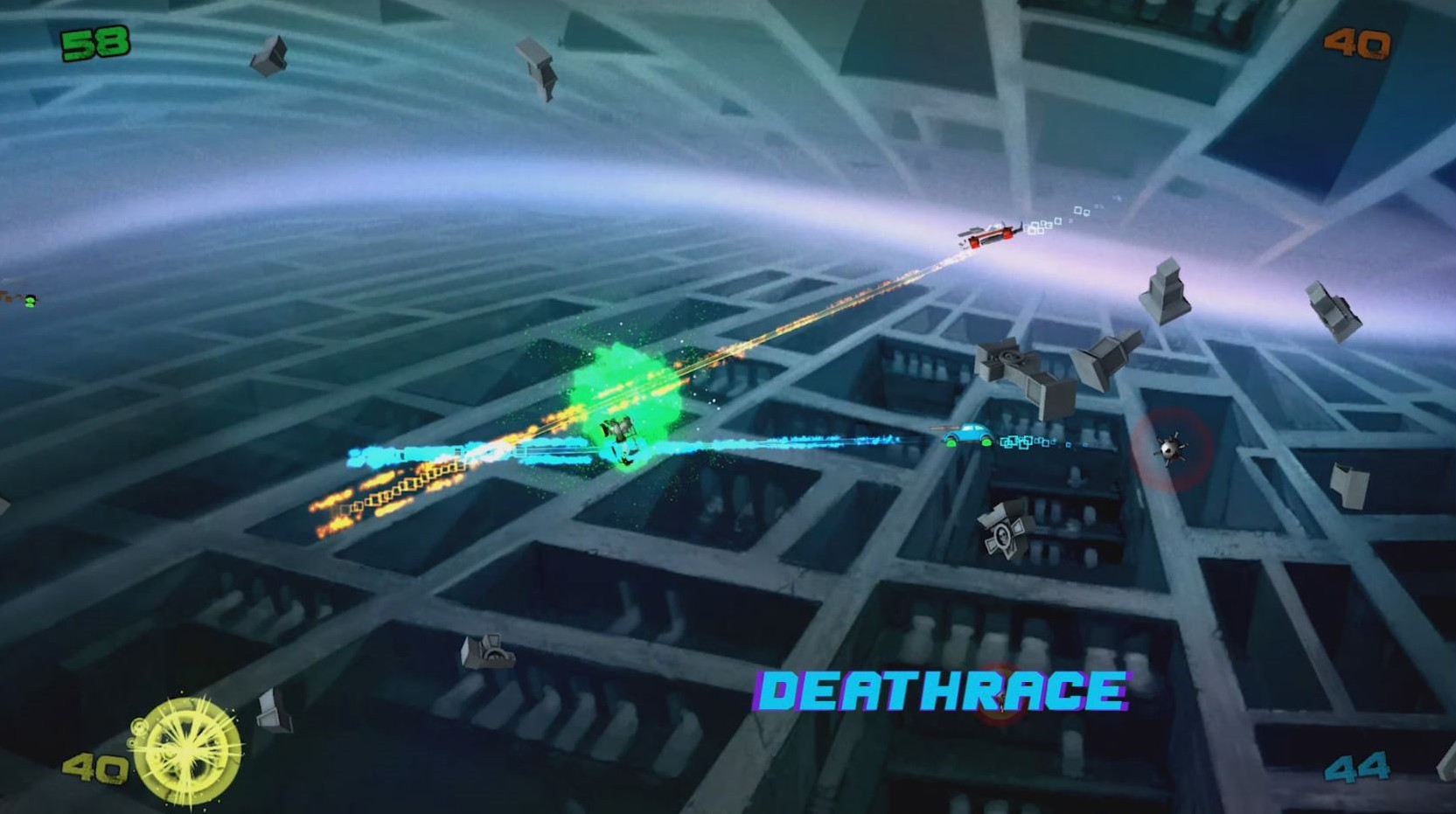 When I stated that the controls are simplistic, the only navigation you’ll need is which direction you would like to throttle in and how to brake and fire your weapons. What I like about these easy to pick up and play games is you don’t have to give an entire constant lesson to the other players in the room; literally anyone could get the hang of it with time. As that time passes you by, you’ll find ways of speeding up and slowing down and how to gain more accuracy as you hone in on your enemies. That said, the game did feel and seem slightly jagged and sluggish in periods but that didn’t put a downer on the experience.

There is a variance of different game modes for you to try such as Deathmatch, Team Deathmatch, Last Man Standing, Death Race, Spong and Space Soccer. You can probably hazard a guess at what most of these modes entail by just reading them, but I’ll offer some explanation so you know what to expect. Deathmatch and Team Deathmatch are very simple and the aim is just to wipe out the enemy to gain score. Space Soccer pits you against each other in teams of two as you battle to score goals against the opposition. Death Race is a fight against each other to navigate around checkpoints in order to try and win the race, not without attacks to you and others though! Finally Spong is a replica of the retro historic game Pong; think air hockey with cars. After exploring these modes it really didn’t matter too much which you choose, as they all offered the same level of fun and enjoyment. 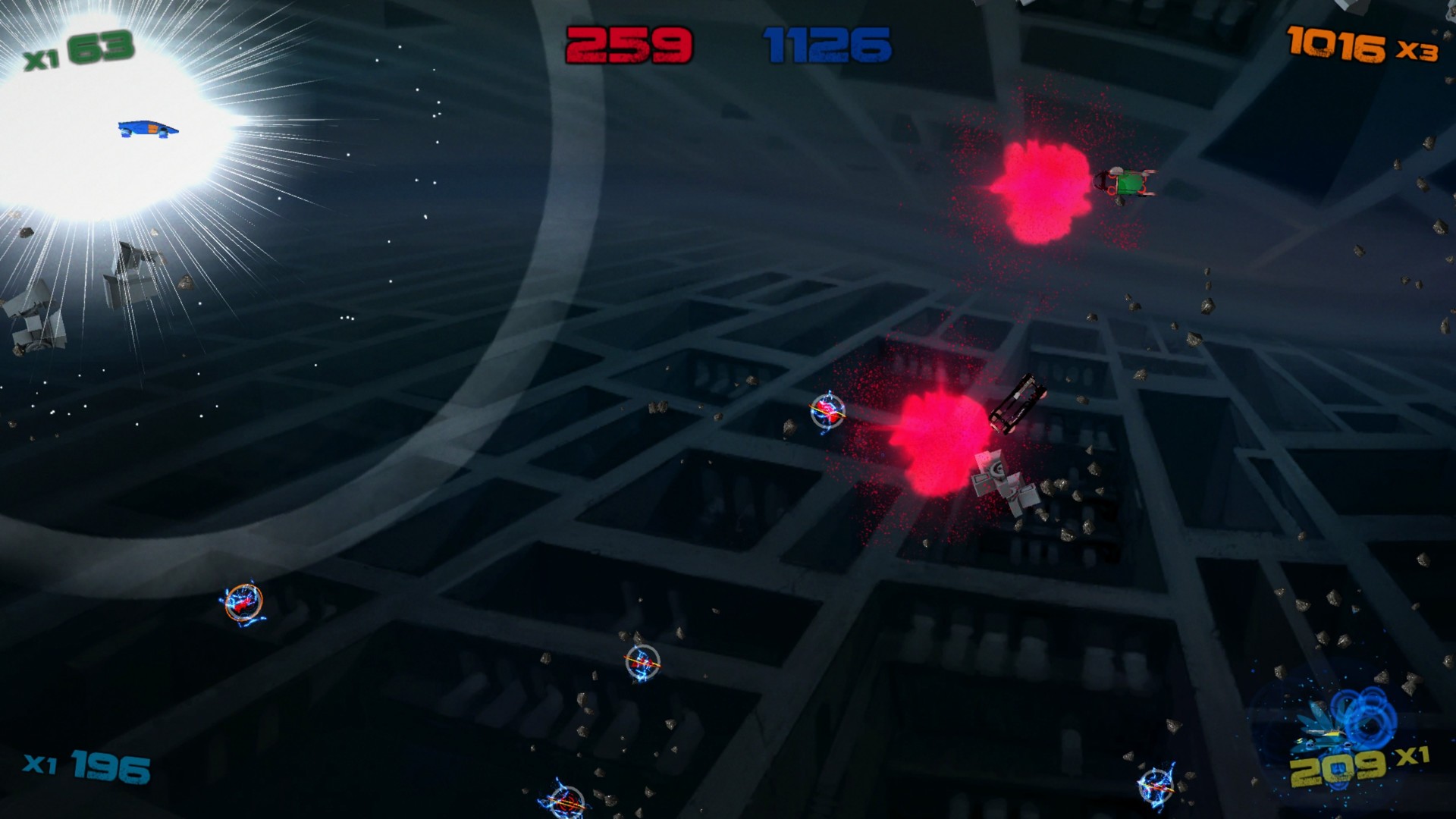 There are special abilities that you can collect as you play the game modes which could include laser beams, shotguns and scatter weapon variants. You’d think that these would give you the edge against the enemy but to me it didn’t feel much more powerful than the standard weapon set. In terms of progression in Hyperdrive Massacre there isn’t a great deal to offer here however you can unlock a range of different characters as you play more. The most impressive element of the game to me was the audio, the music genuinely made the game more fun and exhilarating to play through with it matching the Hyper title with techno and upbeat sounds.

As indie games go, this one is very good if you’re looking for something to play locally with friends. The experience could become lacklustre for the single player especially with no story or encounters beyond AI bots. The lack of online multiplayer lets the game down a little bit as, with this option, it would have opened up the longevity for players. That said it is great fun that is exciting, thrilling and totally enjoyable with your mates and totally worth the price point if that’s all your intentions are. It is definitely a title I will revisit if I ever see my real life friends at some stage.

Hyperdrive Massacre inspired by the 80’s is the perfect party couch local multiplayer game to pick up. But its lack of online multiplayer prevents it from having a great deal of longevity.