Home
/
3DS
/
What did you play this Christmas?‏
Share Review 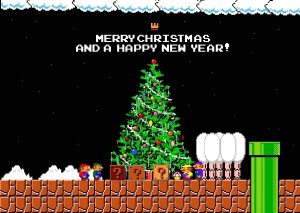 So, Christmas is done and dusted for another year, and for many, it will be remembered as the Christmas that they finally got their hands on the next-generation of consoles. Be it a new PS4 or Xbox One (does Wii U count?), there is something genuinely special about celebrating the birth of Jesus Christ by opening up a brand new, next-generation console……I’m sure God’s first born would approve.

I have actually owned an Xbox One since launch day, but due to a commitment to clearing my backlog of games, decided to keep it under wraps until Christmas Day. While I have been somewhat surprised by my will power and ability to leave my shiny new Xbox One sitting in the cupboard for the past 5 weeks, I was even more amazed that, upon finally taking the console out of the cupboard on the 25th, I decided to leave it unopened for a further 3 days.

Madness? Perhaps. But you know what it is like with a new console; as soon as you start it up, all other systems are, for the first few weeks at least, consigned to temporary obsoletion. The thing is, I’d just received copies of NHL 14, Madden NFL 25 and Pokemon X. That’s not to mention the fact that I still wanted to play The Wolf Among Us and finally get around to finishing the Metal Gear Rising DLC. There was simply too much to play. There still is. But come on, a man can only wait so long. I spent the first few days of the Christmas holiday happily playing through the aforementioned games (NHL 14 and The Wolf Among Us are particularly fantastic), but come the 28th, I decided it was finally time to break open the Xbox One and marvel at its surprisingly slick looking cables (they really do look very nice). Since then, well, I’ve played more NHL 14.

Let’s be clear though; that’s not because I wasn’t enjoying my Xbox One, I just couldn’t play the damn thing. Due to a combination of overexcitement and poor internet connection, I was left staring at slug slow download speeds for the 6 games that I downloaded / installed as soon as the console booted up. Rather than doing one at a time, the Xbox One, quite bizarrely I might add, seemed insistent upon downloading a little bit of each game rather than one at a time, thus leaving me with nowt to play and a dashboard that I’m not particularly keen on. 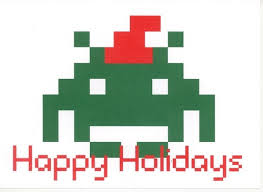 No worries tough – I left my new console to slowly (and I mean slowly) install FIFA 14, Crimson Dragon, Peggle 2, Killer Instinct, Halo: Spartan Assault and Forza 5 while I went back to my beloved 3DS between yet more games of NHL 14 – seriously, that game is excellent. Of course, since then, the games have downloaded and I find myself, between a return to work and, you know, commitments to my wife etc, knee deep in next-gen gaming. Nothing has blown me away thus far, but big kid syndrome has definitely kicked in, and as expected, for the foreseeable future, it’s likely to be all Xbox One…….A Link Between Worlds is just going to have to wait.