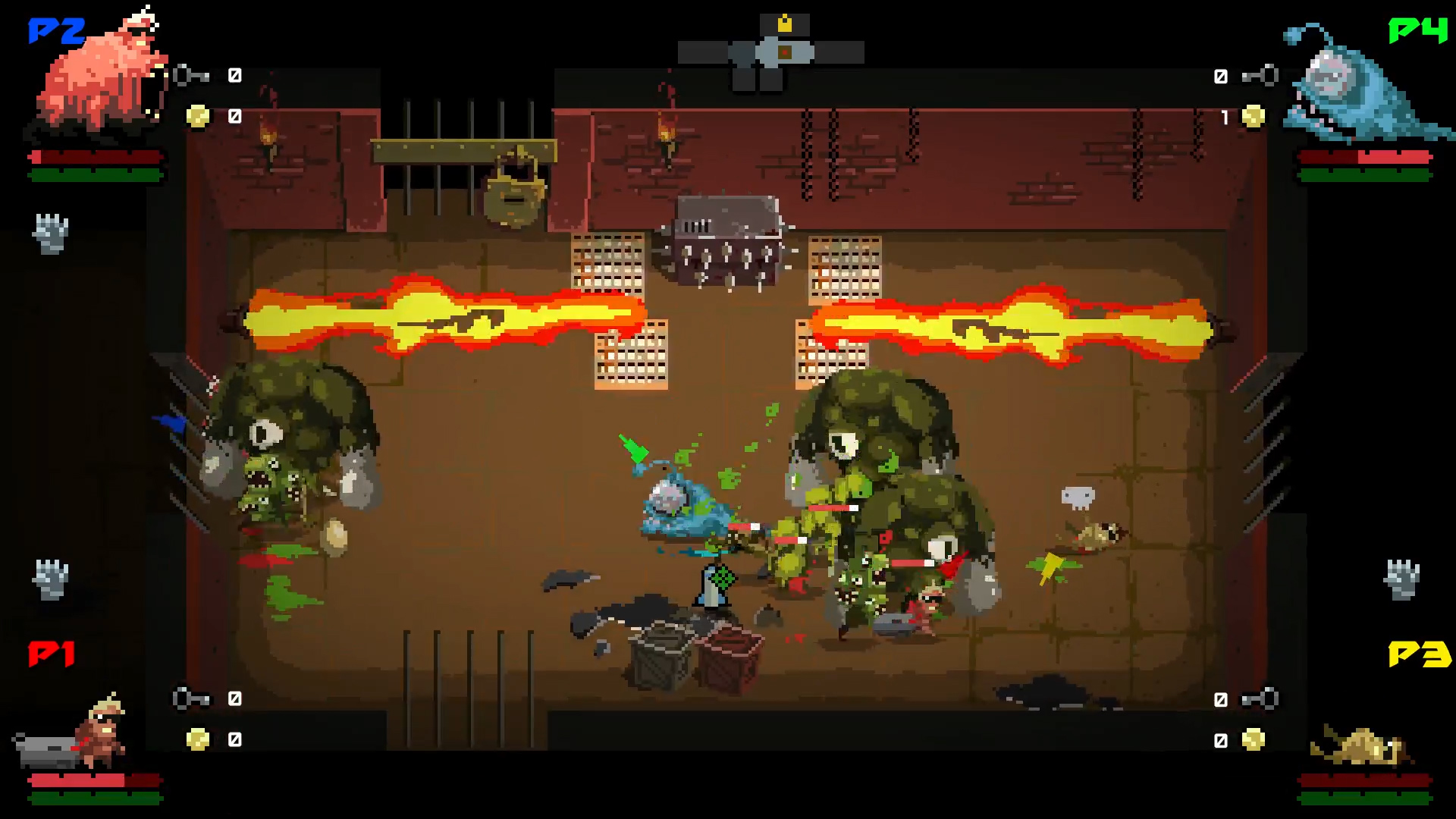 Freaky Awesome knows exactly what it is, and what it needs to distinguish itself in a market full of roguelites and roguelikes. With that said, the game has its shortcomings, even though in general it has a pretty compelling concept.

The game offers 3 different difficulty modes for players to choose, depending on their skill level. Likewise, the game also supports co-op with up to 4 players via online or locally. Still, at the time of writing, I haven’t been able to find an online match, so I can’t really comment on how the game feels in that mode.

The story isn’t exactly one of the game’s strongest suits, but there is one that tries to make sense of everything that’s going on in the game world, at least to some extent. After losing your much-loved dog, and upon receiving some rather suspecting clues in regards to its whereabouts, you end up on what looks like a factory that has been abandoned due to radiation leakage, and that’s pretty much it, at least initially. All this is shown to you in a pretty short cutscene right at the start of the game, and once that is over, off you go to perform some dungeon crawling

The game itself is pretty straightforward, and if you’ve played games like The Binding of Isaac, Enter the Gungeon, or Our Darker Purpose, you’ll quickly get a grip on this game. Essentially the game is composed of several floors, and within each floor there’s a set number of rooms, through which you’ll go one by one, clearing them of enemies and defeating bosses. The rooms themselves don’t feel randomly generated, but the order in which they appear are. With that in mind, you’ll quickly come across the same room multiple times, and I have to admit that this happened more often than I would’ve liked. Still, different floors not only have different visual themes, but they also have their own unique set of traps and tend to introduce new enemy types as well, so things do remain somewhat fresh throughout each run. 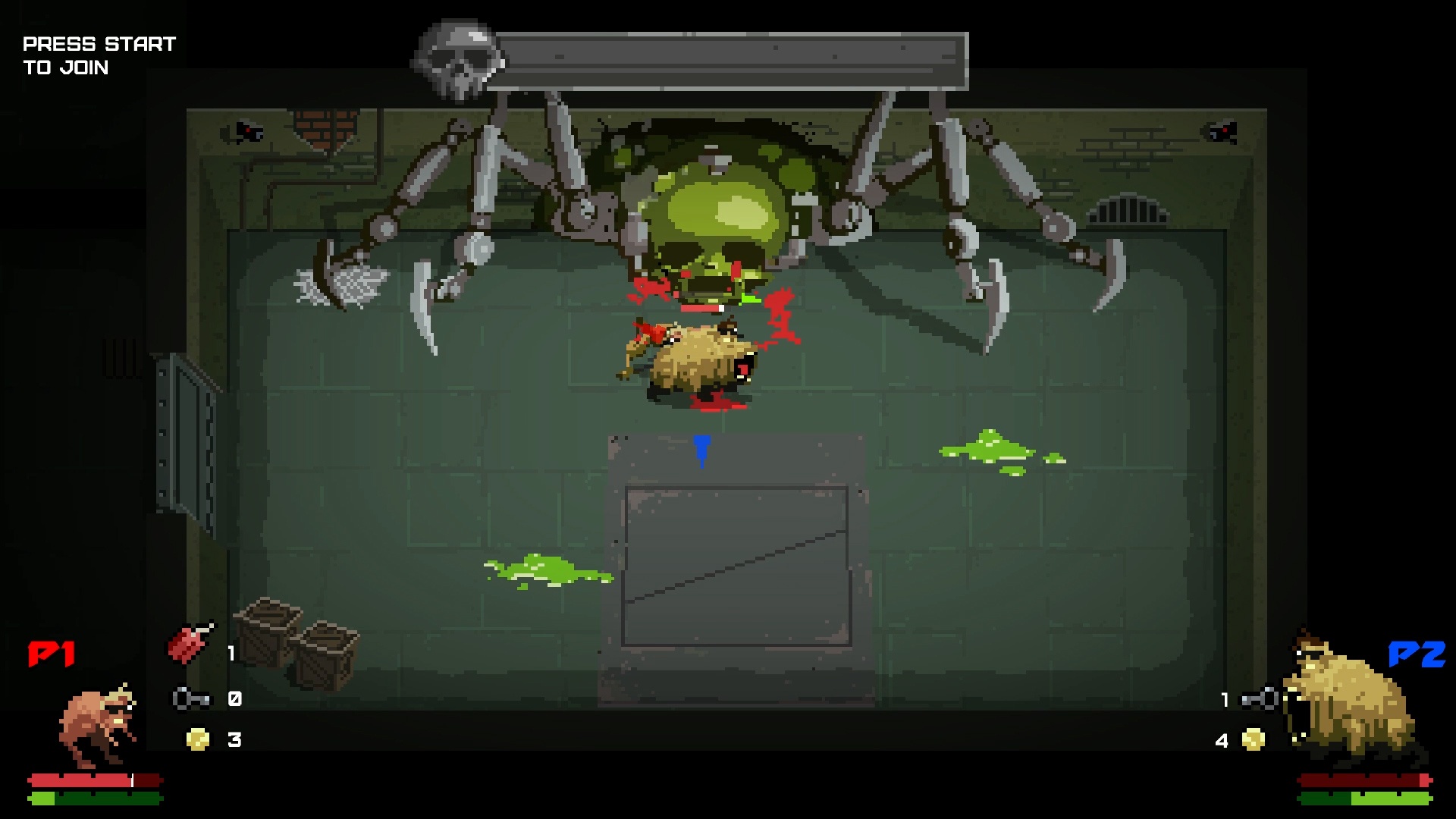 Like in the other games that I’ve mentioned, from which the game seems to draw inspiration from, in Freaky Awesome you also have coins, and keys, which are exactly for the obvious things that they’re meant to be. In shops, you can buy items with coins and upgrade the shop for future playthroughs, but you can also use them to open doors with golden locks. Likewise, keys can be used to unlock doors to specific rooms, as well as chests that contain items, but you can also find items inside crates scattered throughout the rooms. Speaking of which, while the game certainly features a pleasing pixel art style to look at, figuring out what some items do based on their looks alone doesn’t cut it, so the integration of a library of all the items in the pause menu, which provides a nice and short description of everything, is very much appreciated.

Now, while your character obviously has a health pool, the way you replenish it is pretty interesting and it’s where the game’s key selling point really kicks in. Every time you kill an enemy they’ll drop this sort of radioactive goo, and this not only heals you but, upon filling up a certain meter, it will also mutate your character into some bizarre creature. These so-called mutations are pretty much what other games would just call characters, but in this case the mechanic blends really well with the plot of the game. Initially you only have two mutations, a small creature which needs to get close to enemies in order to attack them, but who is also able to dodge roll, and another one in which you’re a much bigger beast and cannot only attack from a considerable range, but you can also lay eggs which will then spawn little worms that will attack enemies.

Currently, the game features 7 different mutations, each with their own unique visual design and abilities, which does change the pace of things quite a bit. More often than not you’ll find yourself wondering if you should renounce your favorite mutation in favor of healing, and that is a rather interesting design choice. As for how you unlock new mutations, you actually find them locked inside a vault in some rooms, and in order to unlock it you need to sacrifice a few health points, a couple of keys, and usually about a dozen of coins. After all that, you then have to defeat the mutation itself, only afterward will you be able to use it in the future. With that said, normal enemies and bosses don’t really come in the form of your own mutations, but rather in their own unique body frames. 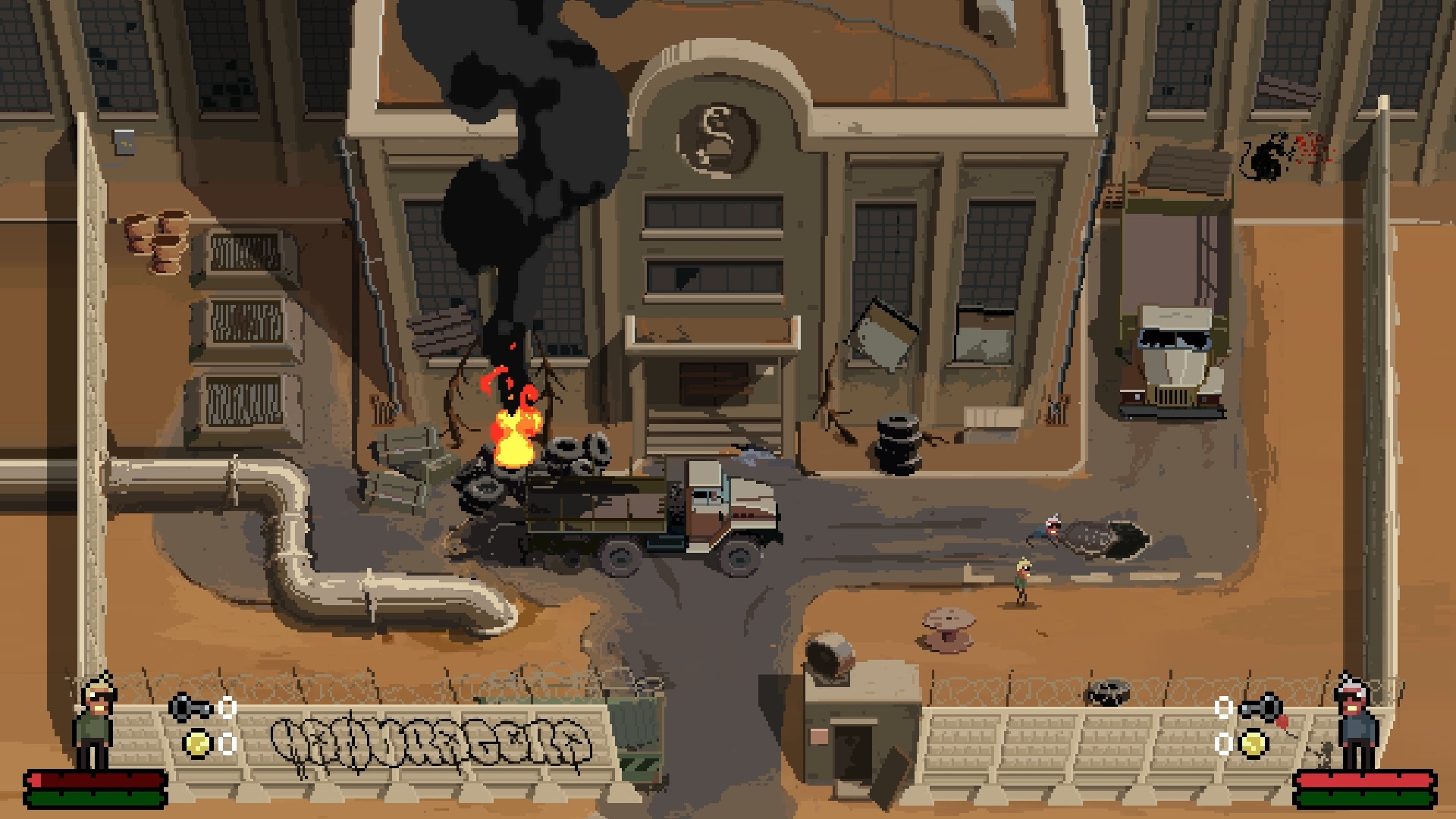 Even though you lose pretty much everything once you die and start over, the game does offer a surprising amount of permanent progression elements. Not only will you expand the shop, and unlock items and mutations that you’ll then be eligible to use on future playthroughs, but you’ll also collect DNA, which you can then use to purchase passive upgrades via the main menu, in something that it’s pretty much a skill tree. These upgrades range from things such as extra damage, extra speed, extra healing from radiation, to more exciting perks such as doubling your damage if you have less than 25% health. However, the process of coming across these DNA points that allow you to purchase new upgrades is pretty slow and grindy, which I’m pretty sure will put some people off. It would be nice to see this tweaked, like perhaps being rewarded a certain amount of points based on your performance on each run.

Nonetheless, the game handles pretty much equally well with a keyboard and mouse or with a controller. The standard movement scheme applies here, by using WASD or the left thumbstick, to move your character around, and the “E” key to interact with things in the levels. In regards to the combat, I find it easier to play on keyboard and mouse, mainly because you can move and attack in different directions, whereas with a controller you’re forced to attack in the direction you’re facing or moving.

Despite the fact that the game initially seems to be rid of any bugs, I have come across a game breaking bug which simply froze everything, even though I could still move around, thus forcing me to close the game by force and lose all my progress. In the end, Freaky Awesome is a fun little game, with an interesting theme and compelling mechanics, but it ultimately suffers from poor pacing and a lack of content in order to keep players interested in the long run.