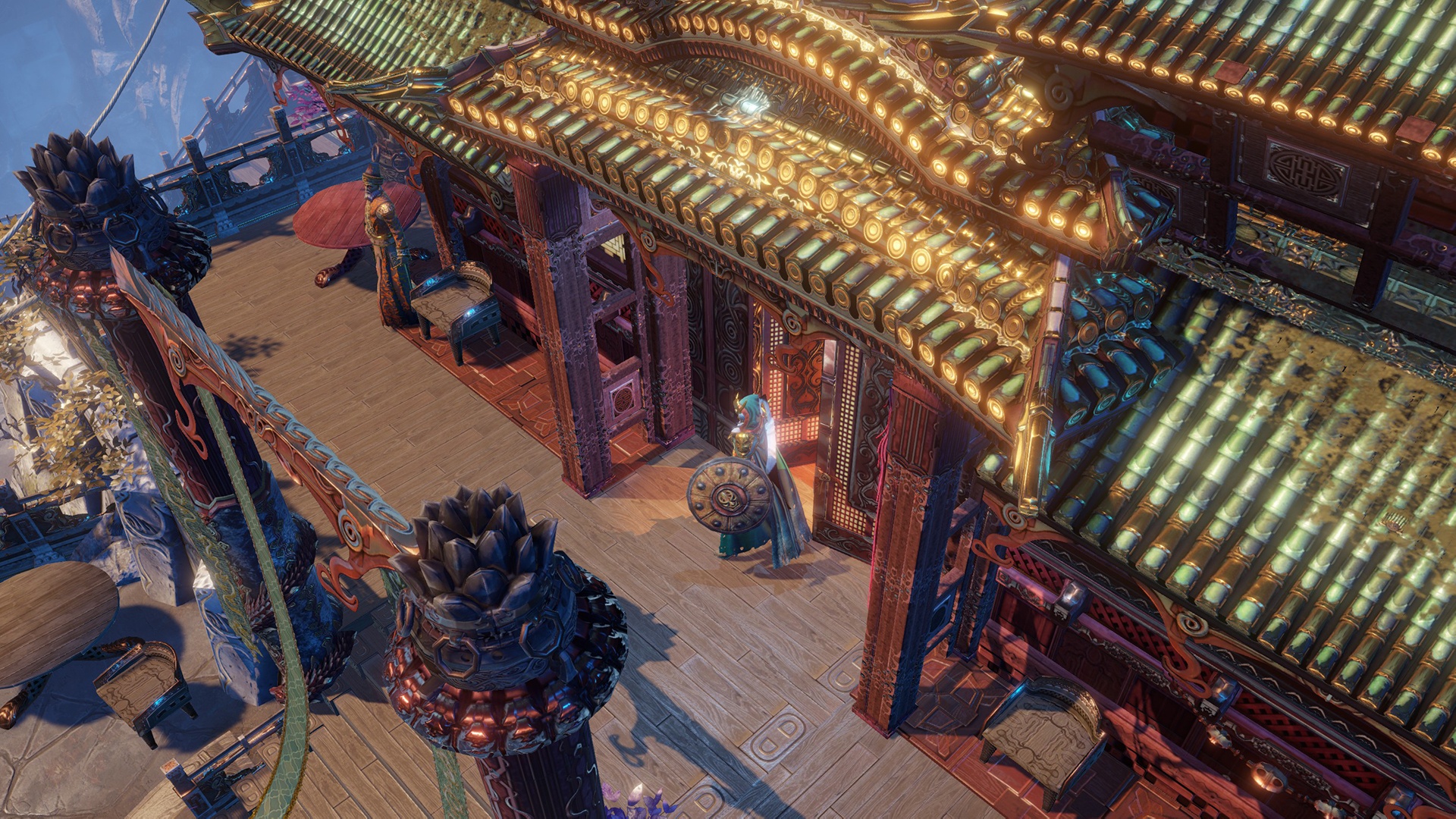 Shadows: Awakening is the newest entry in the Heretic Kingdoms series, despite not being directly affiliated with any of the previous entries. The game is being developed by Games Farm, the studio that has also made the previous games, as well as, more recently, Vikings – Wolves of Midgard.

While at first glance this might look like just another fantasy Hack and Slash Action RPG, there is more to this game than what mere fancy screenshots might indicate. Also, before delving into the game itself, please do keep in mind that these first impressions are based only on the first chapter of the game, which is somewhere between 4 and 5 hours long.

The game takes place in the Heretic Kingdoms, and has you play as a Devourer, a demon from the Shadow Realm which, from seemingly out of nowhere, sees himself set on a quest to help a mysterious man. The fact that you play as this demon is paramount given the game’s strongest feature and gameplay mechanic, which is the ability to travel between the Shadow Realm and the Mortal Realm, by changing between your true form, and the form of one of the several mortal puppets whose souls you’ll consume along your adventure. This means that if the Devourer or all your puppets die, it’s game over and you have to go back to your last checkpoint. 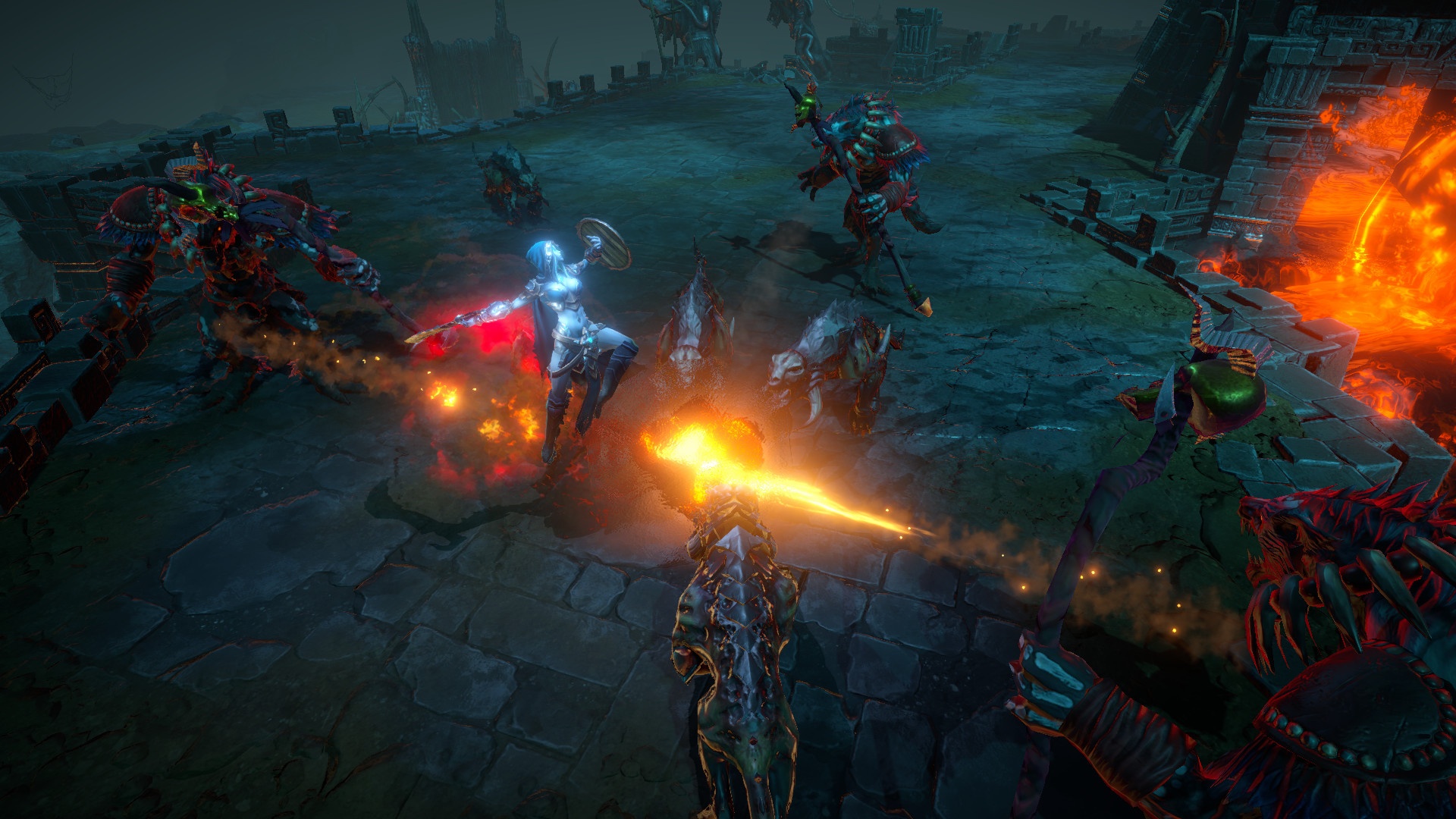 This all happens thanks to the game’s unique party system, which is really just a simple way of saying that you can switch between 4 different characters on the fly. The first one of your puppets can be chosen right at the beginning of the game, when the Devourer decides if he wants to consume the soul of a fallen warrior, a hunter, or a mage. However, each one of these characters has their own story to tell, and your choice will have ramifications throughout the entire game. Not only that, but this also adds at least two new reasons to replay the game, that being so that you can experience the story of the two other characters that you didn’t choose on your first playthrough.

Now, the game itself belongs in the same genre as games like Path of Exile and Grim Dawn, but with a few differences that make it feel like it doesn’t really belong in the same category. I’d say that the first thing that quickly became clear to me, besides the obviously unique party system and the ability to switch between different characters with the press of a button, was the fact that, in Shadows: Awakening, you do not face as many enemies at the same time as other titles in this genre, and enemies also do not respawn when you revisit an area. I believe that this is done deliberately given the fact that you can different character abilities can be combined during combat in order to strengthen the entire party. The game rewards changing between characters during combat in order to combine different skills, so, by not filling the screen with a bunch of enemies but by putting you against a small number of tougher enemies, the combat ends up feeling a lot more methodical and tactical, instead of just being a slaughterfest.

With that in mind, it’s worth keeping in mind that character swapping can be as prevalent while exploring as it can during combat. Quite often, as you’re exploring dungeons or a hub area, there will be things that can only be seen either on the Mortal Realm or the Shadow Realm. What might look like a broken bridge to the eyes of a mere mortal, is nothing more than a floating passageway, at the eyes of your true form on the Shadow Realm. Likewise, the Shadow Realm might reveal the spirit of a nearby corpse that you can see on the Mortal Realm. There are also a few puzzles in the game that require you to switch back and forth between both realms, which I found to be a neat little addition to take a break from all the killing.

Besides all that, Shadows: Awakening features pretty much what you’d expect from a Hack and Slash Action RPG. Things like tons of loot, attributes like strength, agility, endurance, and willpower, and passive bonuses called Traits, are things that you’re going to see here like you’ve seen in many other games. Despite the fact that you only control one character at a time, they’ll all gain experience and level up simultaneously, so you can customize their attributes and their skills as you see fit, in order to have the deadliest 4-man party at all times.

There are obviously character classes, but you can’t choose which one is which, as each character already has a predetermined class. Still, while two different characters can share the same class, they most certainly do not share the same abilities. This makes it so that, for instance, having two warriors is still reliable, as while one can debuff nearby enemies and slam his weapon around, another can curl himself into a ball and roll over nearby enemies. 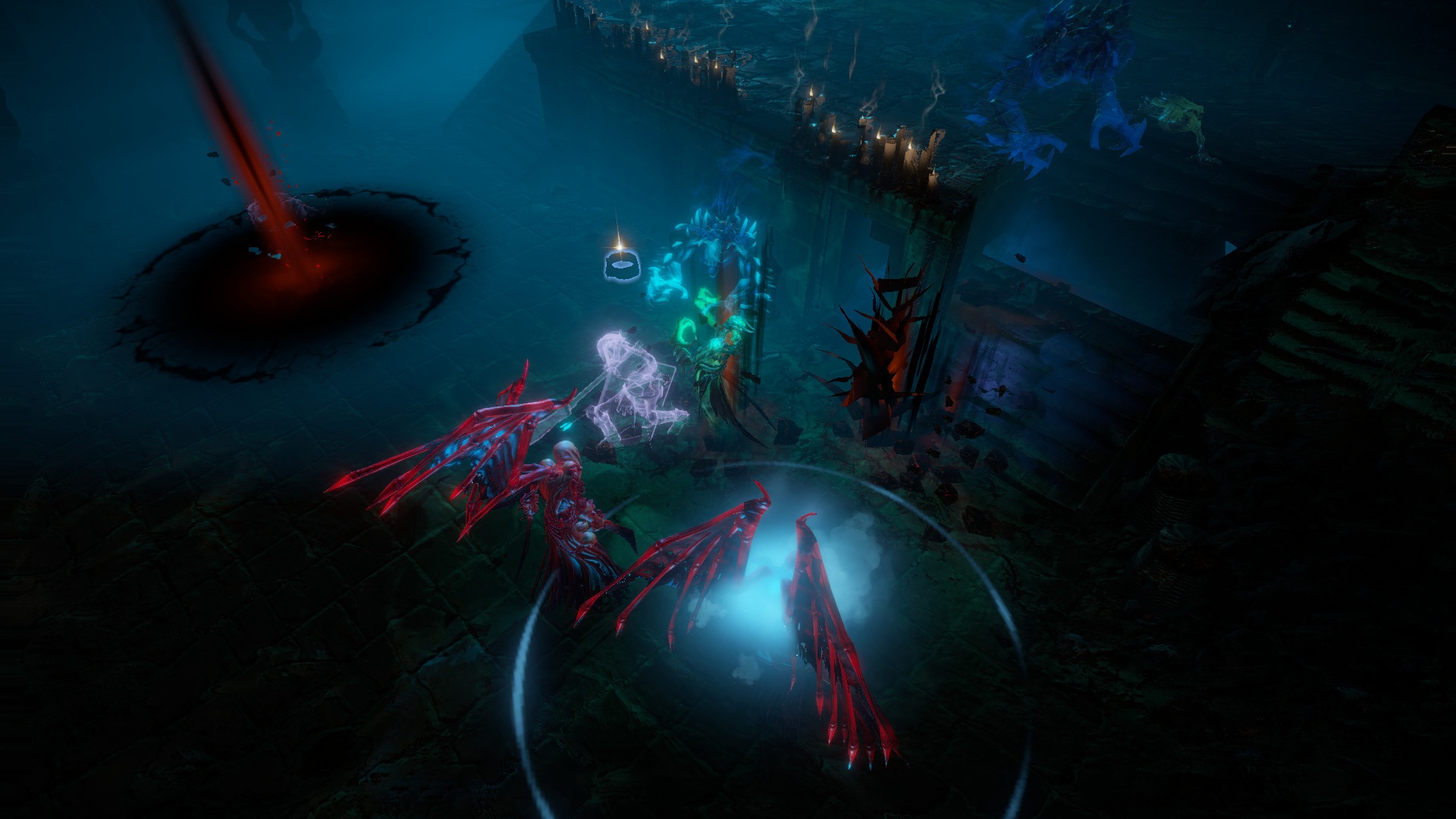 If there’s one thing that I really don’t like, it is the inventory system. For starters, the loot that I was able to get so far isn’t that exciting, and I kept seeing the same type of weapons over and over, but the inventory seems to be overcomplicated. It feels like you have to click so many times just to check something. This is due to the fact that there is not a classic inventory window where you can see all the items that you’ve looted. Instead, you must first have to select a slot on one of your characters, and only then you can see which items you have for that specific slot. I would’ve just preferred if there was a global inventory screen, perhaps with the option to filter loot by character class as well. On top of that, having a feature where you could categorize individual items as junk, so that you could sell everything at a trader with just one click, would be quite the quality of life improvement.

In terms of visuals, the game looks really good, particularly the particle physics and the Shadow Realm, but the environments that I’ve seen so far look pretty detailed as well. However, character animations are a mixed bag, but the vast majority of the player’s attack animations are actually pretty well done, but, unfortunately, attacks and abilities feel like they have no impact on enemies, and smashing pots has never felt so unsatisfying, which is quite a bummer, especially in this type of game where everything revolves around killing everything that moves.

There is no doubt that the game has a few rough edges that, if present at release, will hurt the game quite a lot, but I’m hoping that most of these issues can be addressed before the game releases on the 31st of August. Nonetheless, if you are looking for a Hack and Slash Action RPG that brings something fresh to the genre, I think you should definitely keep an eye out for Shadows: Awakening.