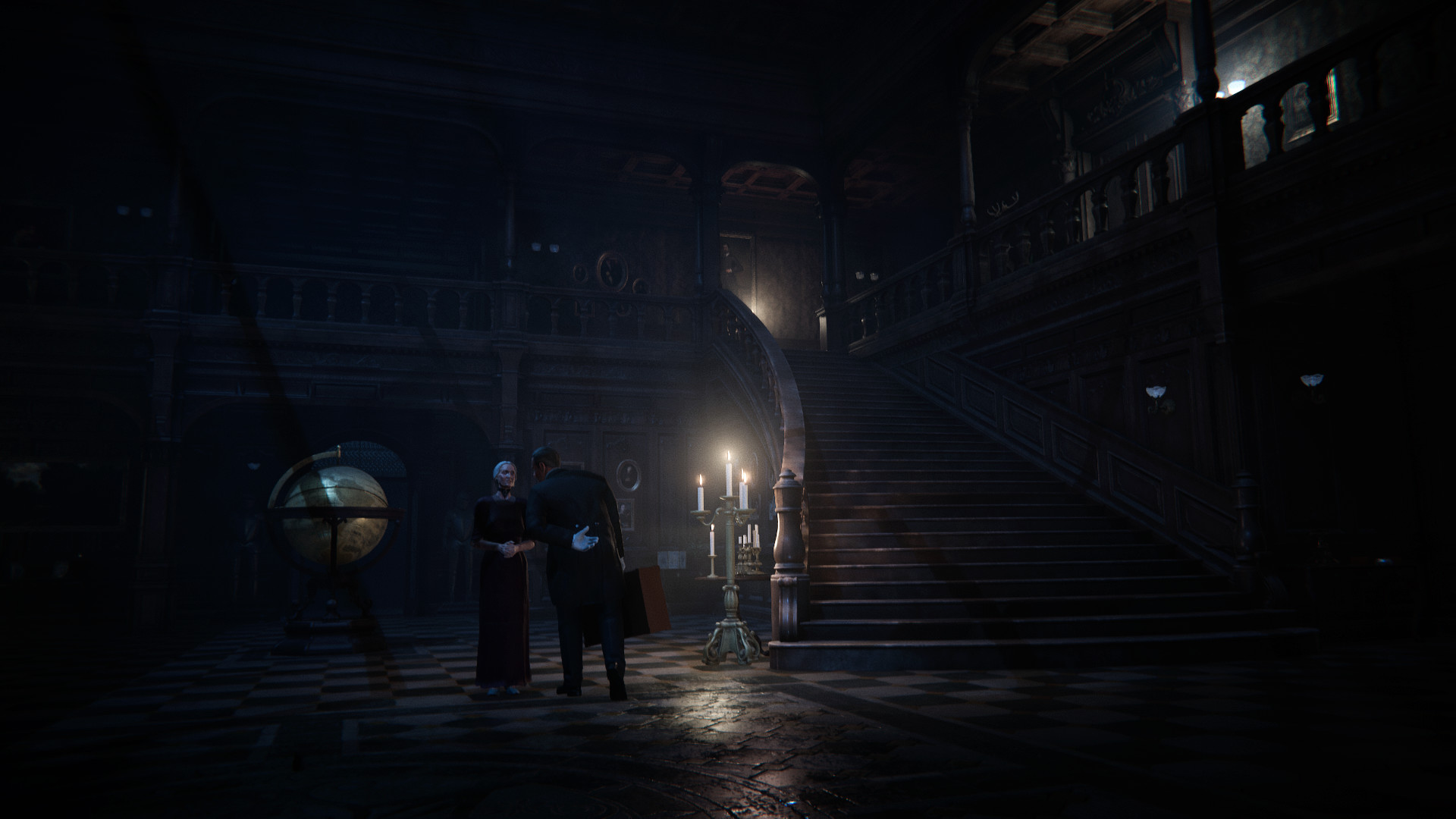 For many years, point and click games, struggled with the use of mature themes, as their nature, and general fluidity of gameplay, disallow creation of tension or a sense of dread. However, as the videogame technology evolved, so did the genre. And with years, the slow and clunky point and click titles have turned into, slick and responsive walking-simulators, and adventure games.

The above-described evolution of the narrative driven games, from point and click to walking sims, has in-turn spawned numerous highly successful – both critically and financially – titles, which revolved around themes such as horror, thriller, and/or mystery. Games such as Telltale’s The Walking Dead, and Supermassive Game’s Until Dawn have proven that creating such games within the adventure genre is not just viable, but also preferable. As the newly introduced dynamic by the so-called walking sims, have opened a door for a multitude of developers.

Just like the birth of the indies, the birth of the walking sims has allowed legions of smaller developers to move into the world of narrative driven games, which has previously been out of their reach. And some lesser known EU based developers, such as the German King Art, have decided to seize the opportunity, and become a part of the ever-expanding walking sim market, with a title of their own, The Black Mirror.

The Black Mirror, is a brand-new addition to a now fourteen-year-old series, which is set to bring the franchise to the previously out-of-reach heights. And while some would call this particular instalment ‘The Black Mirror 4’, they’d be incorrect in doing so, as this specific title, is more of a reboot than a sequel, as it explores a brand-new setting of 1926 rural Scotland, and adventures of David Gordon.

David Gordon may the main protagonist of The Black Mirror. However, the title in question begins with controlling his father. And while I understand the premise behind this prologue, maybe it would have been for the better, if this section of the title was presented through a short cutscene, as in-game it is underwhelming to say the least. The framerate, constantly drops, making the gameplay feels sluggish and jittery, protagonist’s animation is simply comical, and the surroundings are rather dull, and uninspiring – even for Scotland. 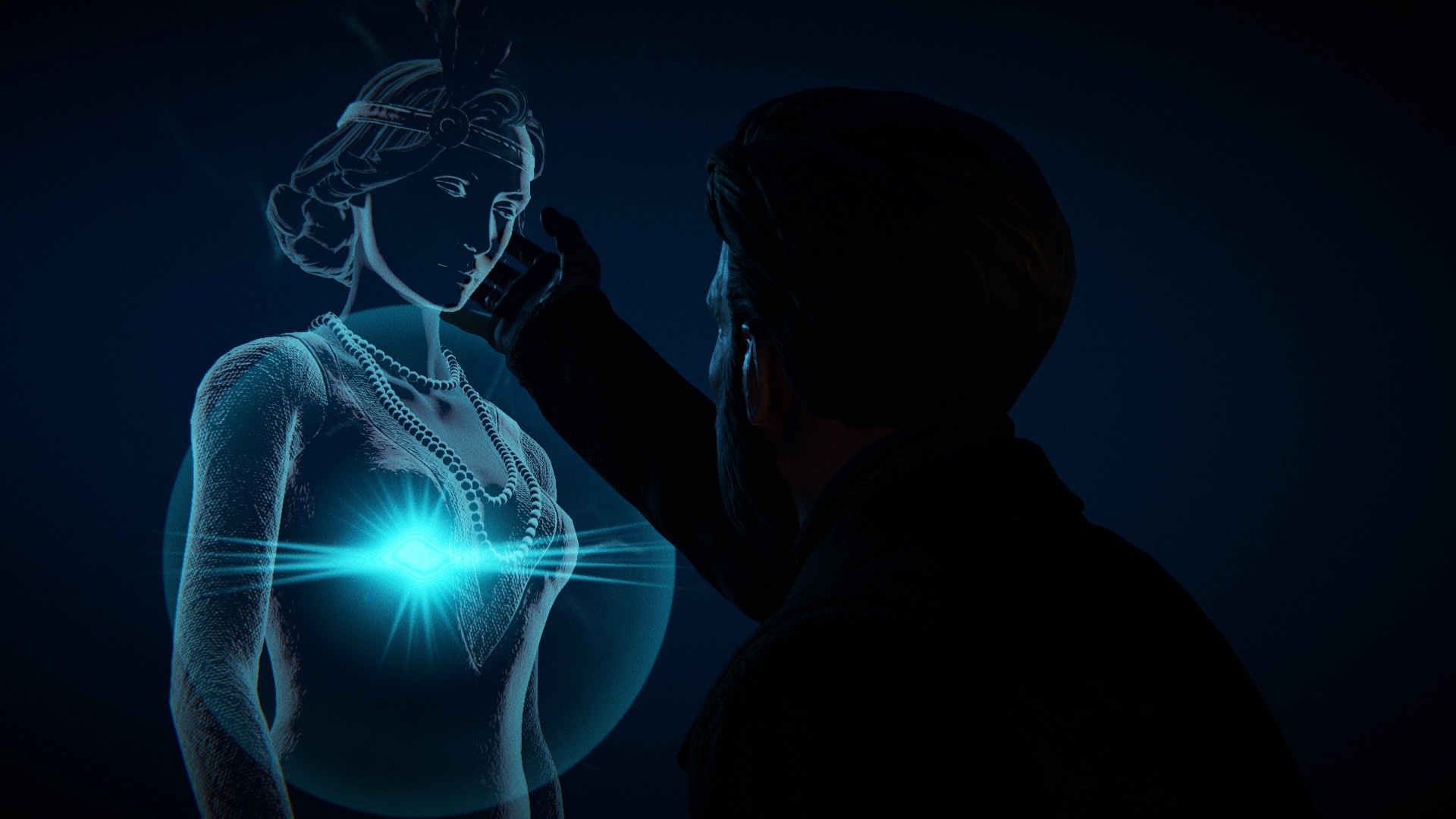 At first, I was convinced that my poor first impression will soon be overturned by what’s to come, as surely, the rest of the title, where David is playing the role of the main protagonist, will be of much higher quality. However, as it has later turned out, I was deeply mistaken in assuming so.

The Black Mirror mansion, is leagues beyond the mundane, low-quality environments of the prologue. However, the issues regarding the poor framerate, and sub-par animations, remain throughout, and one could say that they are even more common once enters The Black Mirror Mansion.

All in game characters – including the main protagonist – behave like 90’s sci-fi robots at the best of time, and at worst, they move like wooden marionets, who are controlled through sticks and strings. However, the comical character animations are nowhere near as ridiculous as the in-game facial animations, which are so underwhelming, that they give Andromeda a good run for its money. There is no lip-sync, as all the facial animations simply involve seemingly random mouth movement, which is more like the one of a Wels catfish fish, than the one of a human being.

Once one takes poor framerate, laughable facial animations, and robotic character movement, and places them all within one pot, he/she will receive a concoction, that would put even the most senior alchemist, homeopath, snake oil salesman or any other charlatan to shame. And while The Black Mirror may not be a title, which suits all the criteria of a modern gamer, it is not a complete mess, as despite of its significant, and jarring flaws, in the end, it manages to save its face by the skin of its teeth.

Visually, The Black Mirror is incredibly atmospheric, and despite of its dropping framerate, it manages to set the scene, and create an immeasurable amount of tension, and dread whenever it is necessary. Whether you’re just sightseeing or eavesdropping on a conversation, you always feel like you are being watched, and followed, despite of the fact that on-screen, it might look like you are the one who is lurking in the shadows. 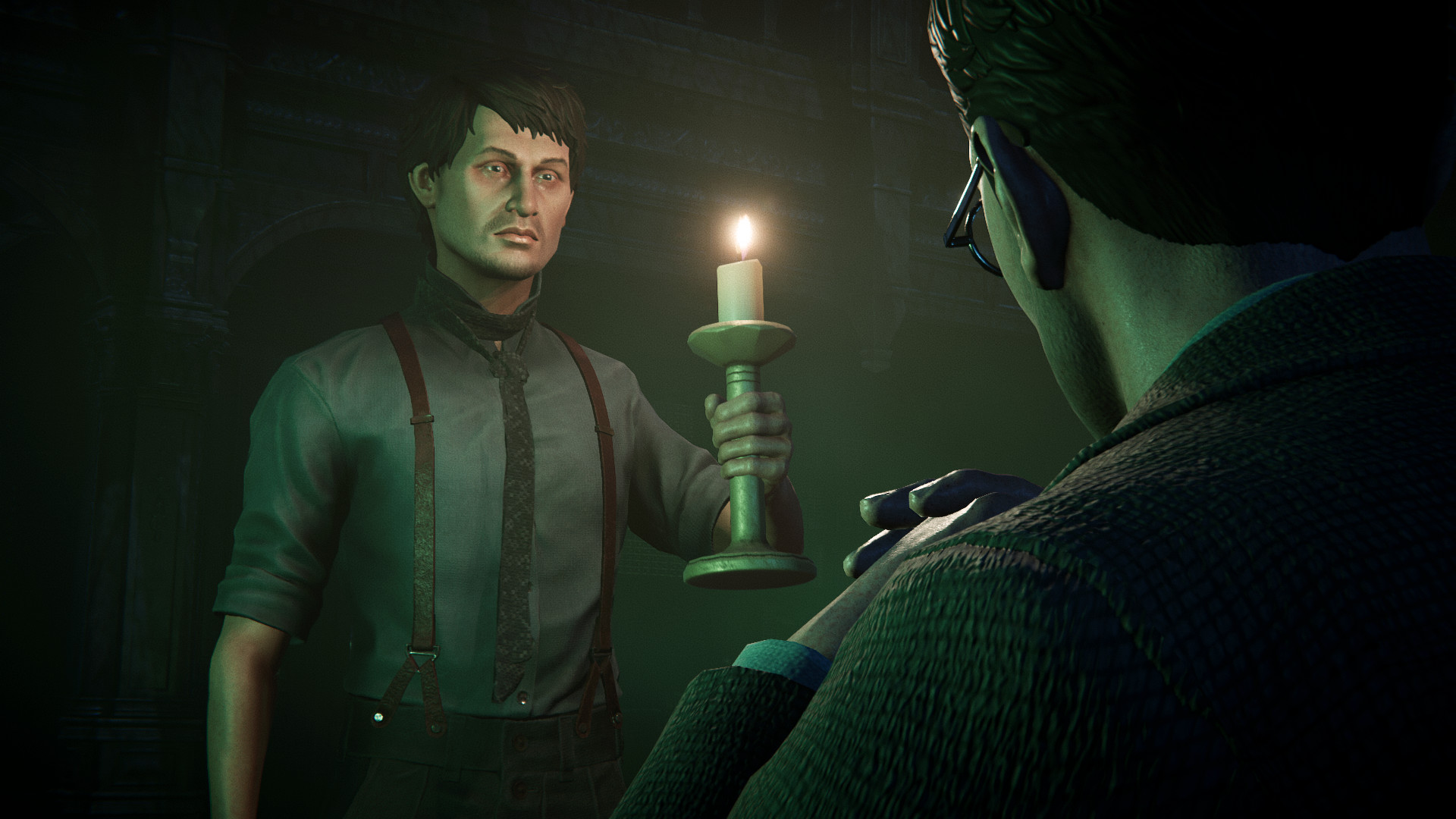 The above described effect has been achieved by the developer through superb use of lights and shadows, which in turn give The Black Mirror mansion a sinister sense of place, that very few little titles, of alike budget and scope have been capable of. However, he strongest point of The Black Mirror is not held within its scene-setting, or light mechanics, but within the fact that the people behind it understand horror.

If you ever refer to works of horror by Edgar Alan Poe, or Campbell, you’ll notice a trend that the most successful works of horror of both the writers, are always centred around an entity which is both foreign, and unimaginable to the reader. As within Poe’s The Raven, the sense of horror is sourced from the fact that despite of featuring a material villain, in the form of the Raven, the reader can never be certain, who or rather what, is really behind this creature. Whereas within Campbell’s Who Goes There?, the horror is sourced from ‘the thing’, a shape shifting monstrosity, which could be everything, and nothing both at the same time. And King, the developer behind the The Black Mirror understands that, and it is visible throughout the title.

The Black Mirror, may not be a literary masterpiece like The Raven, or a cult classic like The Thing (Who Goes There?), but it follows similar horror-centric themes, as just like both abovementioned works, it’s horror is sourced from the unknown. And most will dread to even approach The Black Mirror for this very reason, as ultimately nobody is truly scared of the darkness, but what may lie within it. And same goes for The Black Mirror, as nobody will be truly terrified of the mansion itself, but many will dread to even imagine what sinister, and evil secrets its chambers may hold.

Ultimately, The Black Mirror, is a tale of two parts. One tells us a literal horror story, of a mechanical monstrosity, which is hounded by bafflingly poor framerate, laughable character animations, and Andromeda’esque facial expressions. However, it is also a tale of powerful horror, and evil, which slowly but surely, creeps into the player’s mind every hour, every minute, and every second, that one spends with The Black Mirror. And while I’d be happy to recommend it to any and all fans of the horror genre, I unfortunately have to underline that core gamers, will not appreciate it as much, and will more than likely be put off by its sub-par technical state, and inconsistent level of quality.