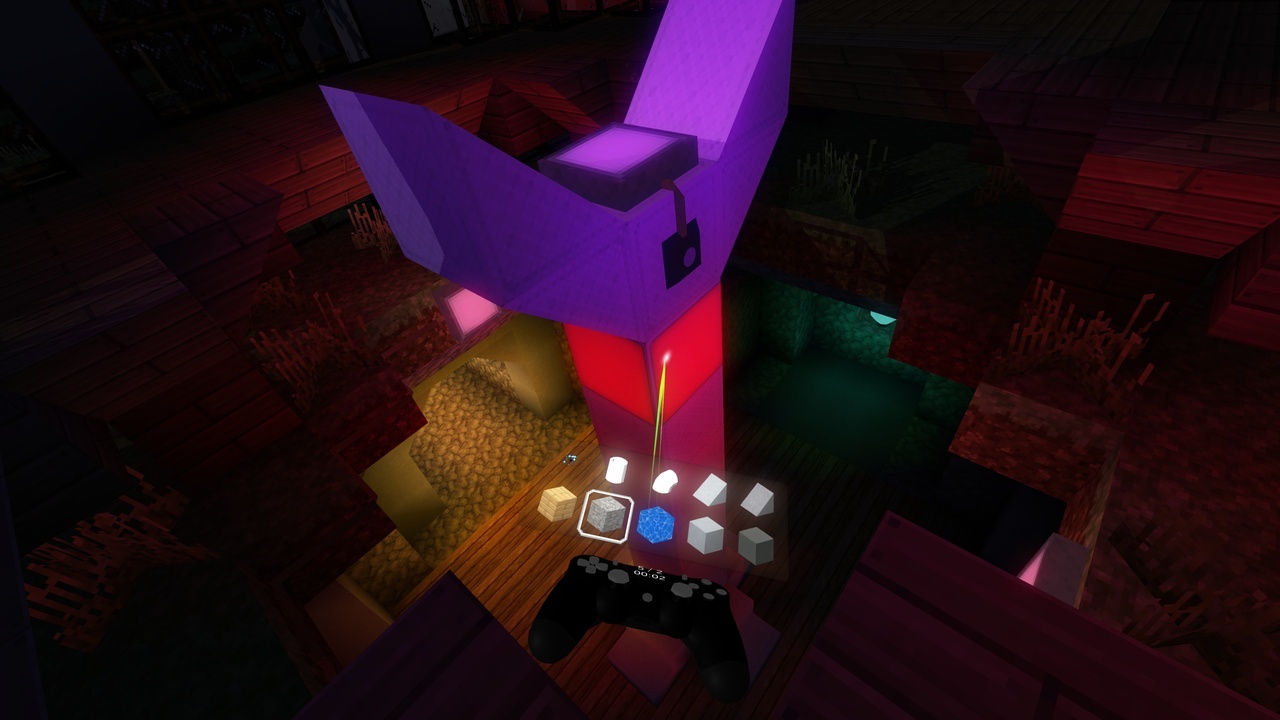 There is no getting around the fact that ‘Discovery’ is a clone of one of the most successful video games of all time, ‘Minecraft’. If you were to glance at screenshots of both they look almost identical. The similarities between the two go beyond their cubic building and open sandbox mechanics. Everything from individual blocks to complete biomes are almost a direct copy. Since this game is an obvious clone it doesn’t feel right to simply judge Discovery on its own merits, but rather by how it compares to the genuine article.

Back in the early days of Minecraft it was a simple free roaming 3D experience that involved building structures with unlimited resources and few restrictions. As development continued this became the basis from what is now referred to as ‘creative mode’. Although ‘creative mode’ is still extremely popular amongst Minecraft fans, the game evolved into what has become an incredible adventure survival game with a wide range of mechanics and features.

These include, but are by no means limited to…
* Mining underground and through cave systems
* Gathering and storing materials
* Crafting crude tools, weapons and amour
* Farming, Hunting, Cooking, Building and Sailing
* Exploring randomly generated worlds, biomes, temples and other structures
* Discovering hostile mobs and bosses
* Uncovering precious metals and rare items
* Taming and riding animals
* Performing magical enchantments and mixing potions
* Creating electrical circuits and machinery
* Discovering alternate dimensions, and all manner of other secrets.

It’s no surprise that Minecraft has become incredibly rich in content when you consider how long it’s been in development for and the size of the team currently working on it.

So, what does ‘Discovery’ have to offer in comparison? Unfortunately, only a tiny fraction of what Minecraft does. In fact, ‘Discovery’ is closer to Minecraft’s original beta than the product it is today. Discovery has fewer biomes, a shallow underground, a fraction of the blocks and no survival mechanics. I must have pumped over 1000 hours into Minecraft across multiple platforms, and I can safely say that this is inferior in almost every respect. 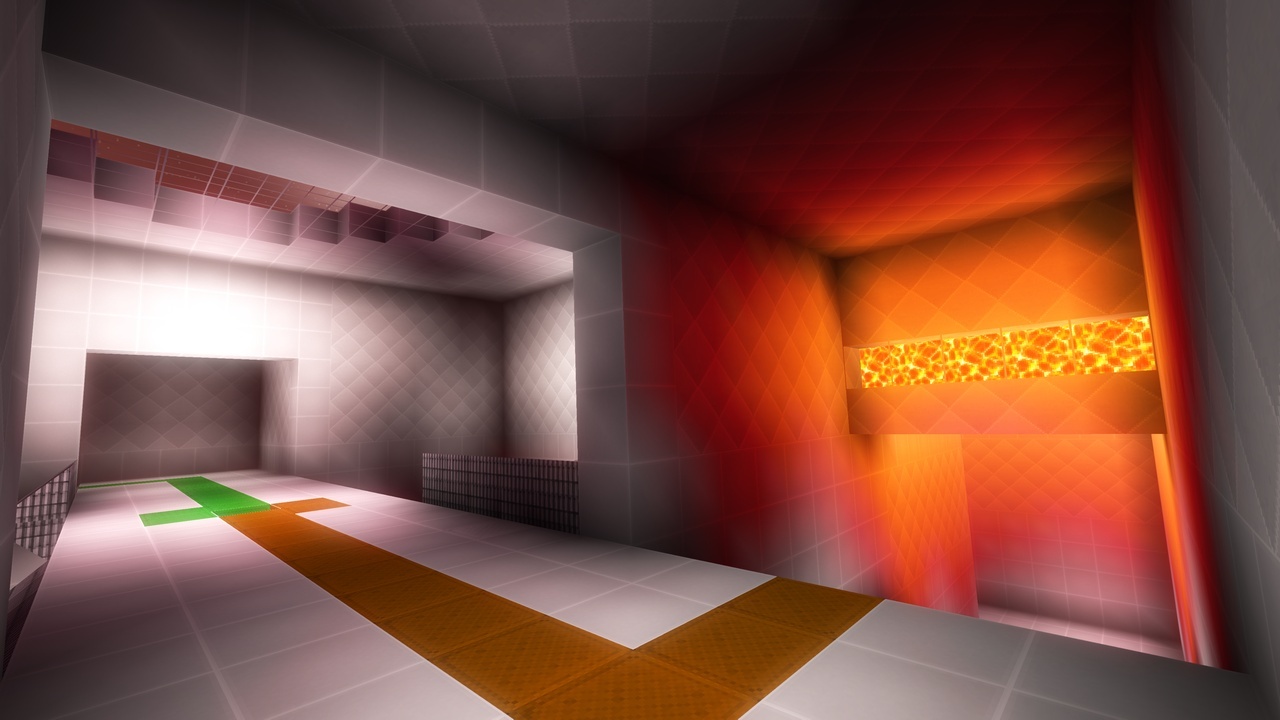 I say almost, as there are a couple of redeeming features. Firstly there are a few graphical enhancements. A number of visual effects have been added including dynamic lighting and shadows, cinematic focus, mist, higher resolution textures, shimmering water, swaying grass. The cinematic filter looked awful as it brings the scenery in the distance into focus, while blurring anything close up. This isn’t particularly good when you’re building as you’re constantly arranging blocks that are directly in front of you. Fortunately you can toggle each visual effect on and off individually from the pause menu. I was particularly impressed with how good the night sky looks with luscious auroras and views of Jupiter.

‘Discovery’ has approximately 150 different blocks. The elements that emulate those found in ‘Minecraft’ all look pretty nice. The resolution of the textures is a bit higher, giving the surfaces a much smoother look. However, there is also a selection of entirely original blocks that feature a few eyesores. There are some triangular slabs that can create some unique and modern looking structures, but there are also modern roadway blocks and neon lights that look really out of place. Also, I can’t explain why there is a huge neon toilet roll block.

Overall ‘Discovery’ does look a tad prettier than vanilla Minecraft in some respects, however Minecraft does offer a range of additional texture packs, and the PC version is compatible with many fan made mods and shader packs that make it look fantastic. Better still, an official DLC graphics pack is due for release on PC and XBoxOne next year, which from the preview footage looks far better than anything Discovery currently offers.

The main advantage that Discovery has over Playstation Minecraft is that it’s compatible with PSVR. Although the motion is a little slow, it is the only application available on the market that offers this type of creativity on the PSVR platform. Having said that, the Windows 10 version of Minecraft can be played in virtual reality via the Oculus Rift, Windows Mixed Reality and Gear VR, so if you really wanted an authentic Minecraft VR experience there are better options available. 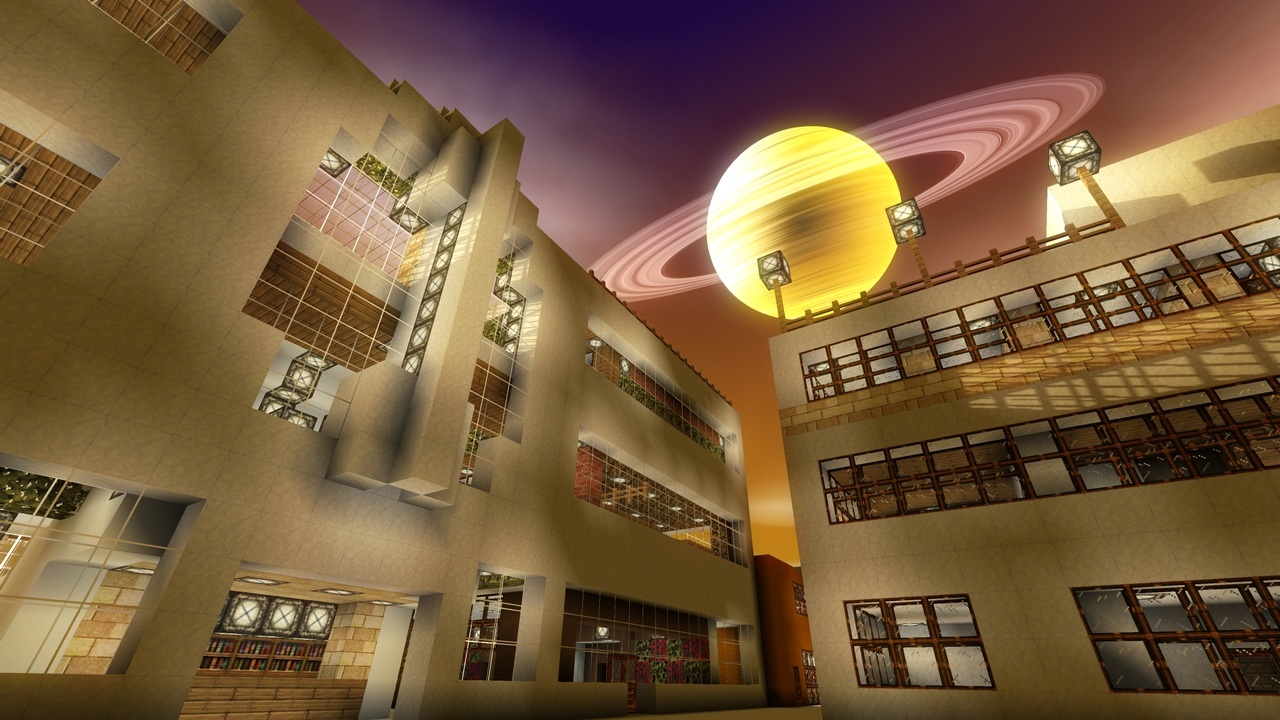 Another disappointing aspect of Discovery is the music. The backing score contains a couple of nice classical pieces (one for daytime and another for night), however since there isn’t a lot of music it’s very repetitious. Minecraft has an incredible and full soundtrack of beautiful mood music that I enjoy listening to both inside and outside of the game, especially when I need to focus or relax.

The controls are pretty decent and don’t feel a million miles away from Minecraft. Inputs are very responsive, although the motions do feel a bit slower when it comes to block placing and not having the ability to run. You have to travel everywhere at a walking pace which is a tad annoying when you want to explore over large distances.

I spent a few hours building and experimenting in Discovery, but if I’m honest I think I saw pretty much everything it has to offer within about 30 minutes. Without the survival element I never felt the sense of accomplishment you get when you build a base or a town in Minecraft. There’s something about taking the time to scavenge your resources that makes you feel more fulfilled when you’ve built something impressive in Minecraft. However, since Discovery gives you unlimited access to as many blocks as you need my builds just felt hollow and empty.

In conclusion, I really can’t think of a single reason why anyone would want to buy or play Discovery over Minecraft, especially when the price difference between the two games is pretty insignificant. Unless Discovery gets a series of major free updates then I can’t see me recommending it anytime soon. If the team responsible does continue to develop and update it then I’d happily take another look later on down the line, but for me it’s going to need some major content boosts before it’ll justify the retail price of £9.99.