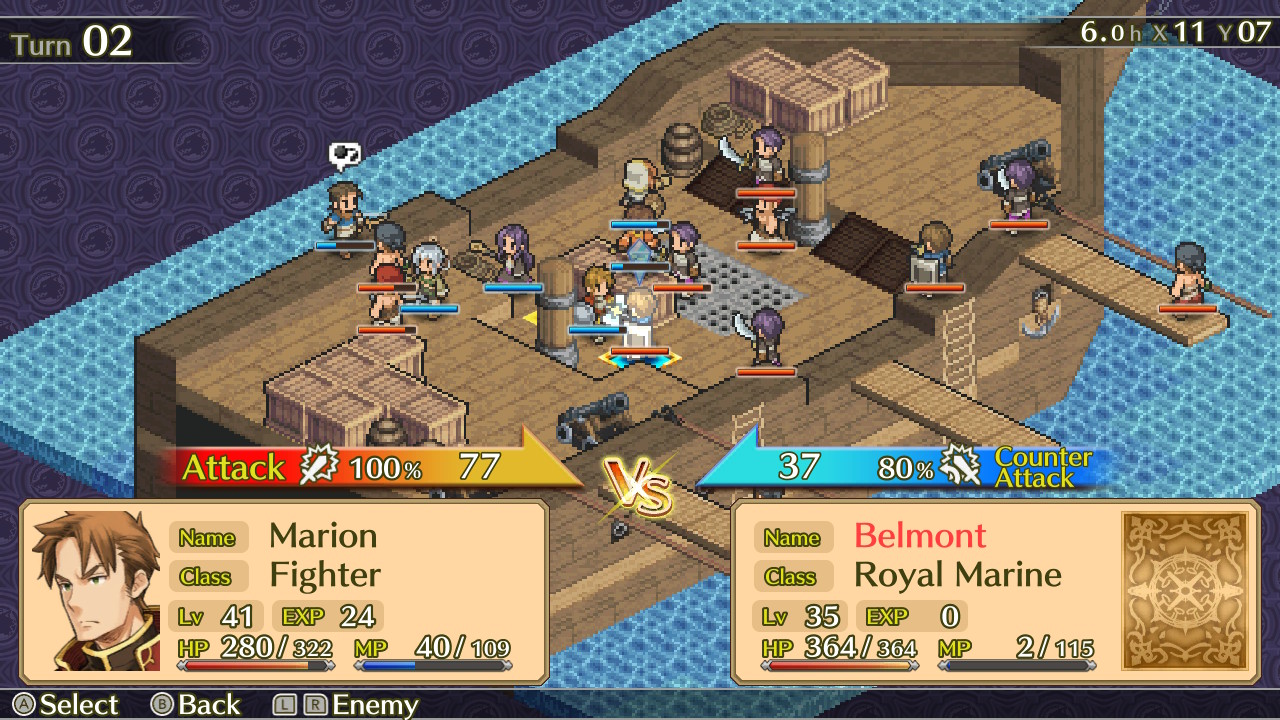 Buy one, get one free. I said, buy one and get one free. I can imagine that most of us would take advantage of an offer like that, especially if it involved items that we were particularly interested in getting our hands on, like video games for example. With Mercenaries Saga Chronicles, developed by Rideon and published by Circle Entertainment, out now on the Nintendo Switch, you are essentially buying one and getting two free. Now, that is what I call a good deal.

This collection of three games spans an era from over the last ten years, with all of the titles which were originally released on mobile platforms and the Nintendo 3DS; namely Mercenaries Saga 1: Will of the White Lions, Mercenaries Saga 2: Order of the Silver Eagle and Mercenaries Saga 3: Gray Wolves of War. In terms of gameplay, these turn-based strategic JRPG’s follow in the same mould as games such as the Final Fantasy Tactics and Disgaea series.

With an isometric view and retro look, you guide the White Lions, a ragtag team of mercenaries, across 82 campaign levels on varying battlefields that are made up in a series of grids. As with all true role-playing games, you can steadily upgrade your characters by spending skill points, earnt through each battle, and buying weapons and armour, as well as changing class types upon reaching a certain level. As far as turn-based strategy games go though, Mercenaries plays a in a relatively basic style, however, these classic gameplay elements are still solid enough to satisfy any fans of the genre. 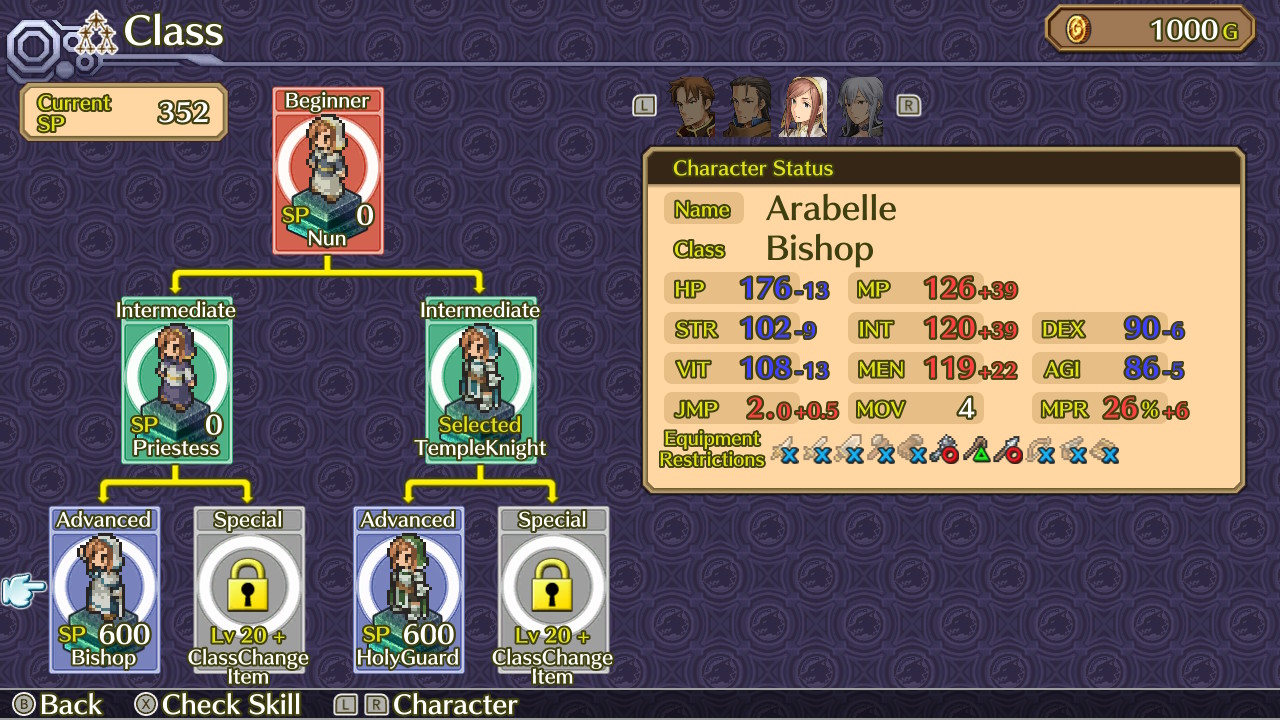 The three titles offer different stories and plots, revolving around various kingdoms that have resolved to battle each other, and your quest to bring peace to these lands. Despite these variations in storyline, each of the games remains the same graphically and mechanically throughout. Each of the titles looks and plays the same, with no real technological advancements within its gameplay variety. That being said, each of the titles on offer here are easily accessible for fans or newcomers alike with many hours of fun strategy. After gently guiding you in, the more strategic elements begin to filter through as you need to be aware of many factors. Angle of attack, whether in front, behind or from a distance, counter-attacks and elemental status effects all combine to produce a series of satisfying challenges that take place over a variety of different terrains.

Although the game feels and looks particularly retro, this all adds together in giving the title a certain charm, especially with its unmistakably Japanese identity. With its nod towards the origins of its genre, the whole package feels very reminiscent and quite warming with its nostalgia. Despite its playability, the games do lack some of the spit and polish of its contemporaries, such as the Fire Emblem series. This is especially prevalent in its presentational and graphical feel. Unfortunately, this becomes even more apparent when you play with the Switch in its docked mode. Despite being enhanced for a 16:9 ratio, the graphics become quite pixelated on the big screen with a washed out colour scheme that looks almost ugly. However, when played in the Switch’s handheld mode, these graphics take on a whole new level with a much sharper image and a bright and colourful palette that is really quite pleasing to the eye. This isn’t necessarily a bad thing as the game seems to suit this mode of portability with its casual style of gameplay.

With an old school style, a few criticisms do crop up now and again; although this is probably due to a comfortability in gaming advancements since these titles were first developed. Firstly, the sound scheme is incredibly basic with a soundtrack, although serving its purpose, which plays on a twenty second loop. It all sounds very dated now and eventually becomes very repetitive, although you do have the option to adjust its volume level or turn it off completely. Secondly, when you choose to play a particular title, you are stuck with having to continue along its path as there is no option to pick another chapter for a simultaneous play through. It’s not really a big deal, I admit, but still feels a bit odd in this day and age, and lastly, repetition rears its ugly head again as, due to some significant spikes in difficulty, the game forces you to complete various side quests over previously fought maps. This grinding can easily take away some of the thrill of discovering what is coming next which is most definitely something that helps to keep driving this game forward. 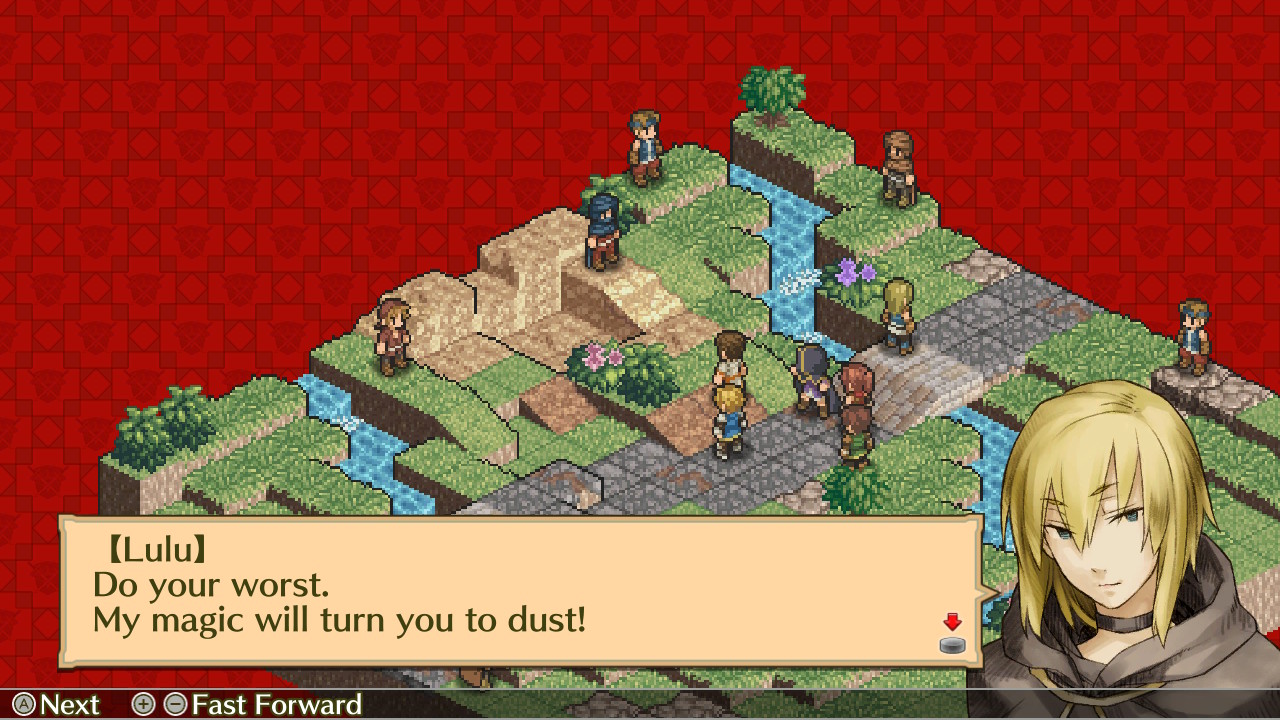 The control scheme can become a bit fiddly at times, especially with its isometric views, and some of the gameplay mechanics with choice and selection can feel cumbersome, but after you get a feel for how they work, this doesn’t really present too much of a problem. Despite some of these, admittedly small, but niggling faults, the Mercenaries Saga does offer a good deal of gameplay that will entertain for hours on end. Although very retro, the graphical models of the various scenes offer a very artistic style that look simply beautiful, especially on the smaller screen. The quests, stories and characters also have a quality that draws you in and invests you into the game. It’s also worth noting that this is the first time that any of the trilogy have been released with an all English language; although some of the translations haven’t fared particularly well but it’s all still readable and understandable.

Overall, this package offers the complete experience of the Mercenaries Saga. With hours of gameplay, strategic depth and role-playing elements, this is a title that most definitely has that one-more-go mentality and contains a certain charm that draws you back in for more. With its pocket money pricing and generous amount of content, it’s definitely a worthwhile addition to the Switch’s library, especially if you’re a fan of this particular retro style of genre. After all, you buy one, you get two free.