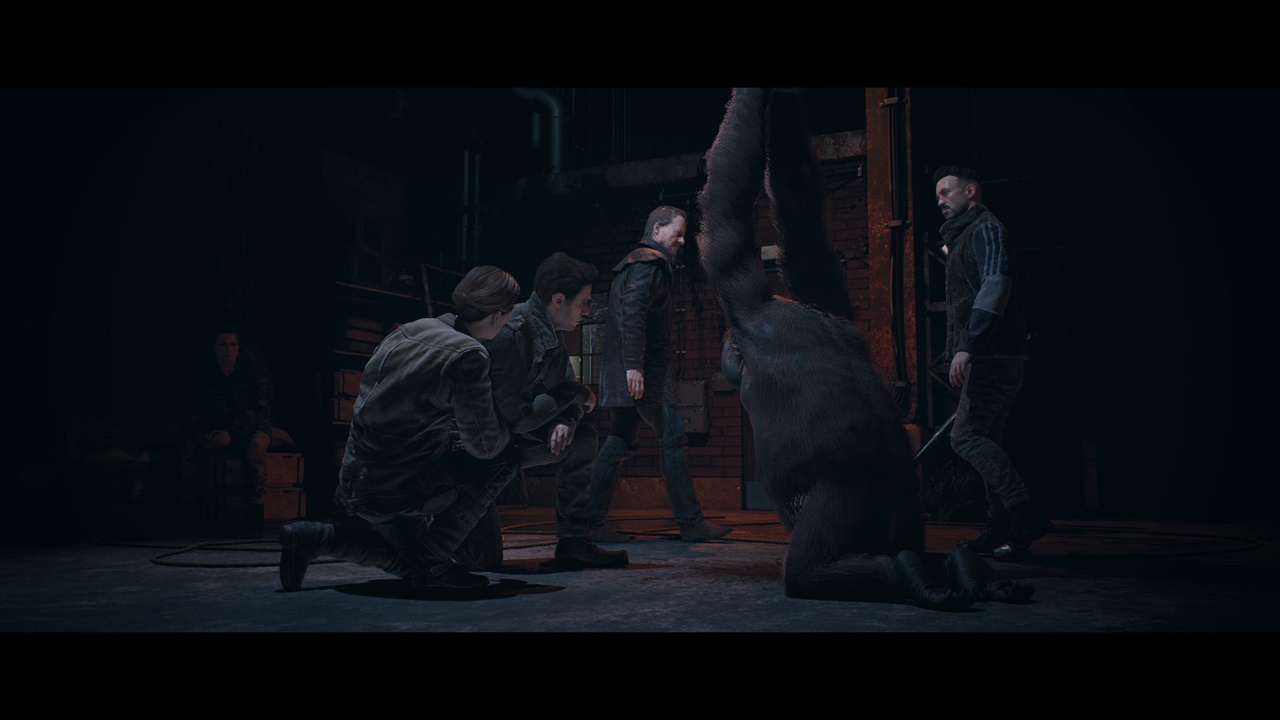 Planet of the Apes, has been driving me crazy since childhood. Simply because of how surreal the core concept of the franchise is. We have a bunch of apes, gorillas, and other primates, taking over the world, and killing armed military personnel, while firing blindly into thin air. And let’s face it, in reality, it would take humans few days to tame such an outbreak, considering that members of units such as Spetsnaz or Mossad, can double-tap a target from hundred meters away with a pistol. But within the world of The Planet of the Apes, nobody is capable of dispatching a group of monkeys with an anti-air gun. However, within the recently released Planet of the Apes: The Last Frontier, all this changes – but only depending on the choices which you’ve made.

Planet of the Apes: Last Frontier, at its core is not a videogame, it is an interactive experience. Which in theory, should allow you to change the outcome of each and every encounter, and event. However, in practice, you can only affect the story of the title in very few instances, and even then, the choices which you make have very little, to no impact, on how the story unfolds. Except for the finale, as one of the choices which you have to make at the very end, completely changes the ending of the title.

The inability to form the plot of Planet of the Apes: Last Frontier to one’s liking can be utterly disappointing. However, what’s even worse, is the fact that at certain points in the game, you can’t choose at all, as both actions, represent the same statement, but simply use different wording. For example, you can refuse to tell the truth by evading one’s question be moving your analogue stick to the left, or you can change the subject by moving it to the right. But at no point, can you make the decision to tell the truth. And while such state of affairs can lead one into a fit of blind fury, it ultimately doesn’t matter, because in the end – as I’ve stated before – the choices you make matter very little, if at all. 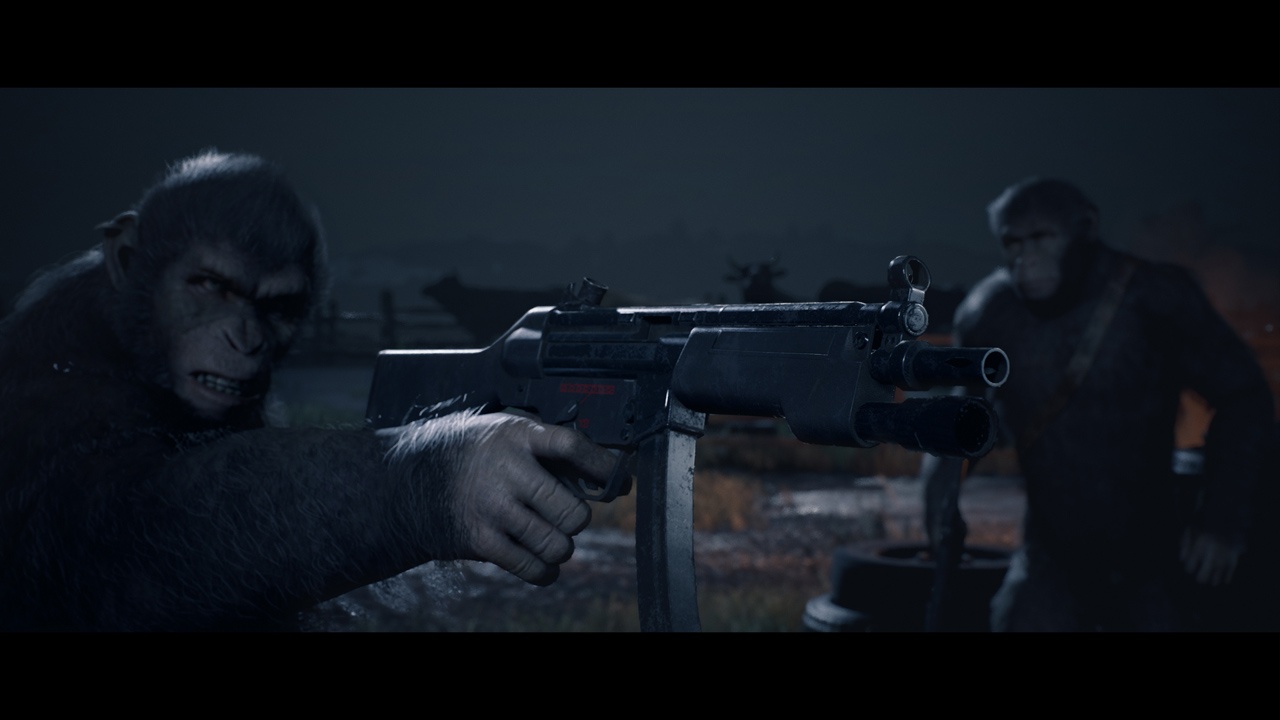 The above example, when playing out in front of the player, is simply mind numbing. But what is even worse, is the fact that no matter how much effort one puts into his/her lies and deception, he/she will ultimately be forced to tell the truth. Because in that instance, telling the truth, is the one and only outcome to that particular scene. And if you think that such low-points are a rarity within Planet of the Apes: Last Frontier, then you’d be mistaken, as they occur within the vast majority of the in-game scenes.

Ultimately, from the writing’s perspective, Planet of the Apes: Last Frontier is a complete let down. And if not for one of the multiple endings, where The Man, in both literal and figurative sense, wins, then the title at hand would be a complete failure. And thinking about it now, the ‘’bad’’ ending, which I’ve chosen, seems like the only reasonable choice. And surprise, surprise, the entire 15 to 20-minute segment within which the ending plays out, is the only solid portion of the game.

Some could be surprised by reading that a 15-minute portion of a game, can ultimately save it as a whole, but in practice, that 15-minute segment, represents 1/10 of the entirety of the game, as Planet of the Apes: Last Frontier, is about two-and-a-half hours long. And that’s fine, as Planet of the Apes: Last Frontier, will only cost you between £15.99 and £19.99. As there are two version of the title available on all first-party digital stores, of which the latter contains a copy of the original soundtrack, and a handful of avatars. 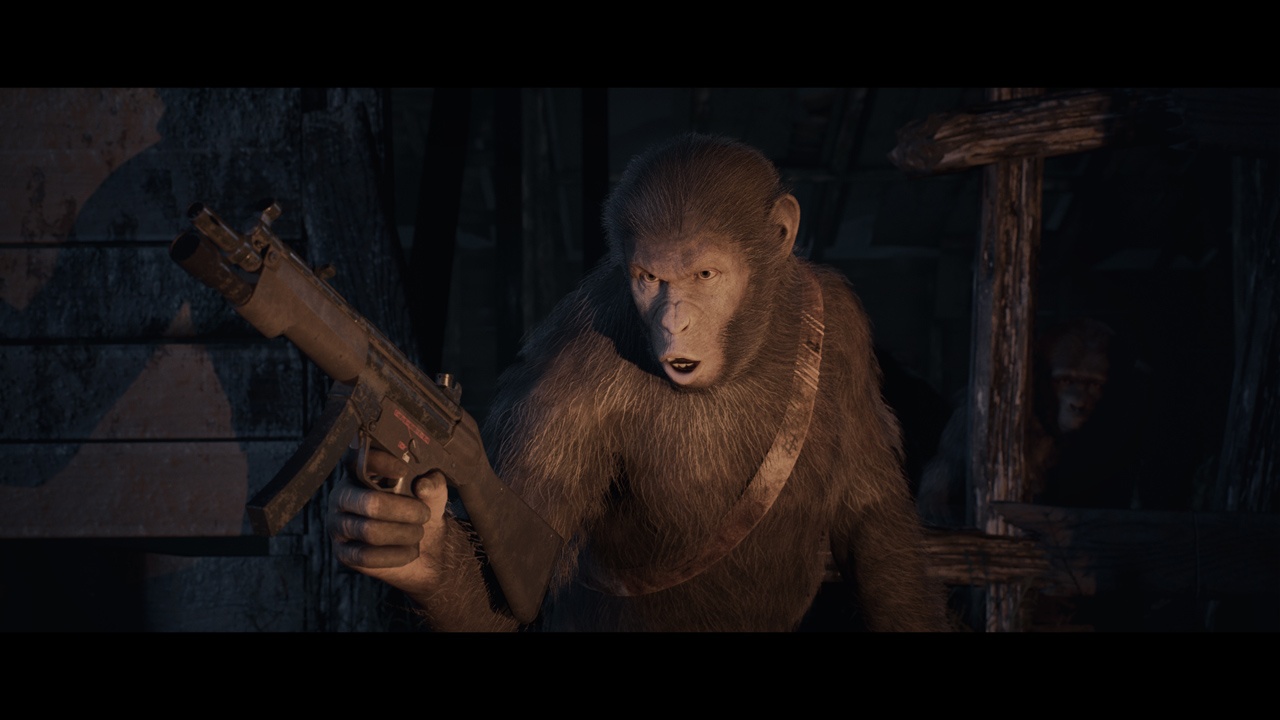 Planet of the Apes: Last Frontier price, just like its in-game choices, will alter your bank account in a minor way. However, the same cannot be said about your hard drive, as Planet of the Apes: Last Frontier weighs a staggering 40 giga bytes. Which is incredibly surprising especially after one considers the fact that the title at hand is only two-to-three hours long, and is not a world beater when it comes to its graphics.

Planet of the Apes: Last Frontier oversized file size, may be a problem to many modern users. However, it also carries a myriad of issues of its own. As ultimately, lack of any optimisation leads to overlong loading times, infinitely loading textures, and object pop-ins. And those happen all the time. And even when the title is trying to showcase its beauty, by panning the camera over the seemingly never-ending landscape, it only overexposes its issues. And that’s because every singe one of those shots is full of trees which materialise out of thin air, and textures, which at times load the second the scene comes to a close.

When the push comes to shove, all that has to be said about Planet of the Apes: Last Frontier, is that it is not a game, but an interactive experience. And one which ultimately, disappoints at the vast majority of its avenues, which is quite ironic, considering the title’s approach to storytelling. And while many will rejoice at a chance to play another interactive-film, the like of Late Shift, or The Bunker, many will be disappointed to hear that a game, based on action-centric franchise of such renown, has no factual, down-to-earth gameplay elements, and is nothing more than a 2nd rate cinematic spin-off.