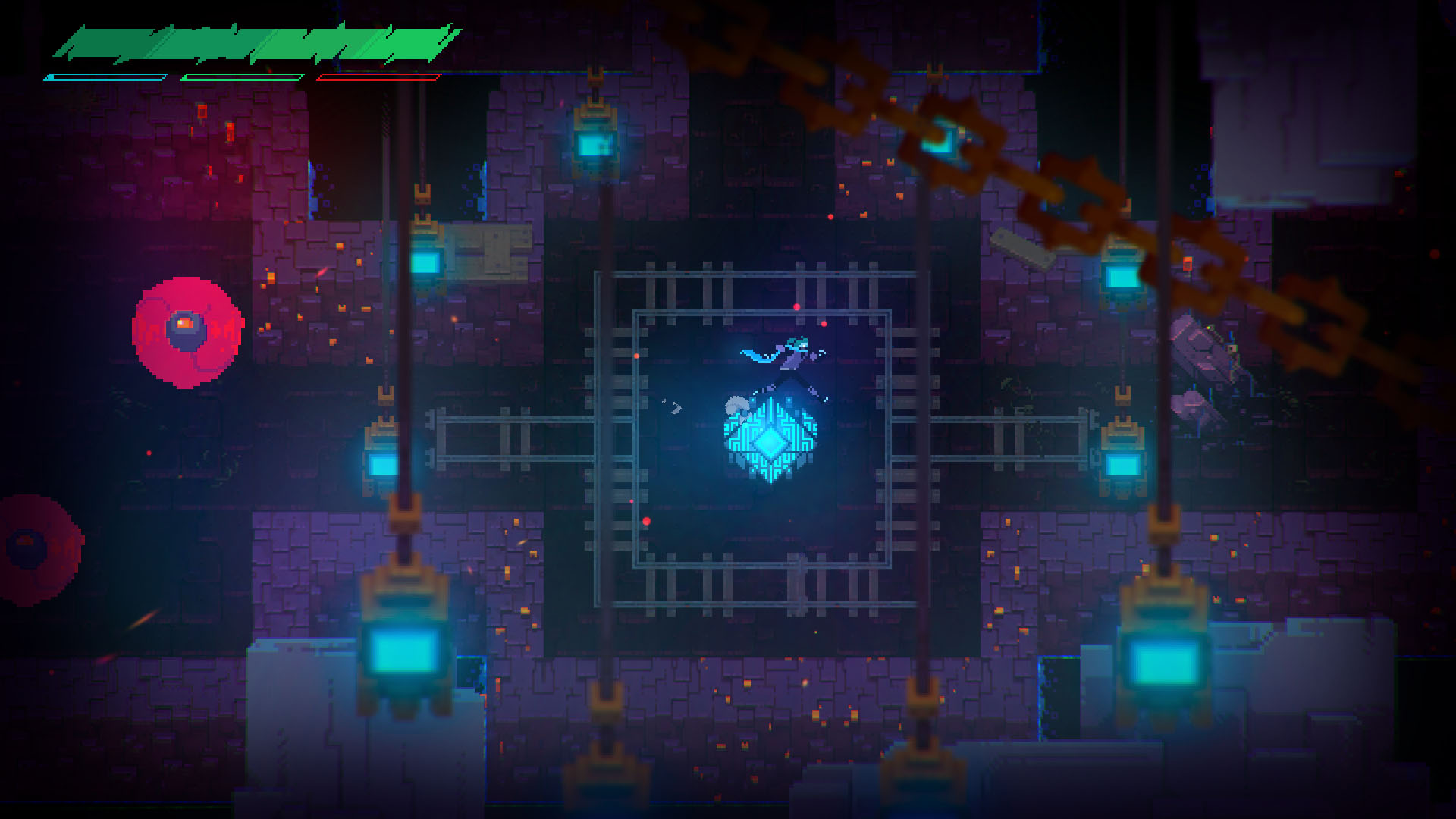 Phantom Trigger is an interesting game to say the least and one that keeps you questioning things from the get-go. It tells the story of Stan, a man stricken by illness in more ways than one. Physically, Stan is experiencing seizures and will die unless he has an expensive surgery or undergoes an experimental treatment–your metaphorical red pill/blue pill option that sends you swan diving into a rabbit hole of imaginary friends, horrible creatures, and multiple personality syndrome. Mentally, Stan’s psyche is fragmented into two: there’s Stan and then there’s the Outsider. When you are Stan, you are talking to doctors and trying to keep your tenuous grasp on reality; when you’re the Outsider, you’re fighting off creatures that threaten to destroy you in the neon-stained confines of Stan’s fragile mind.

After being given a brief introduction to Stan’s life, you’re thrown into the other world and given control of a person the beings that inhabit it call “Outsider.” Initially, you’re given a sword and a whip, though you’ll unlock a third weapon shortly. The dialogue between the main character and the handful of NPCs is nonsensical in a very Wonderland-esque way and the game makes a point to be vague and sometimes unsettling–particularly when affecting your perceptions.

There’s a hub from which you’ll be able to use a portal to enter another realm. You can talk to the NPCs in this hub, but there’s no shop or the like to access. You can’t select the location you’re headed to, as it’s selected based on the story, so this feels like a waste of space. Some story events occur in the hub, but they could have just as easily played out in the field–especially considering that Ant is the main character you’ll interact with. The worlds you’ll access are thematically varied, though the enemies are typically the same model painted a different colour. 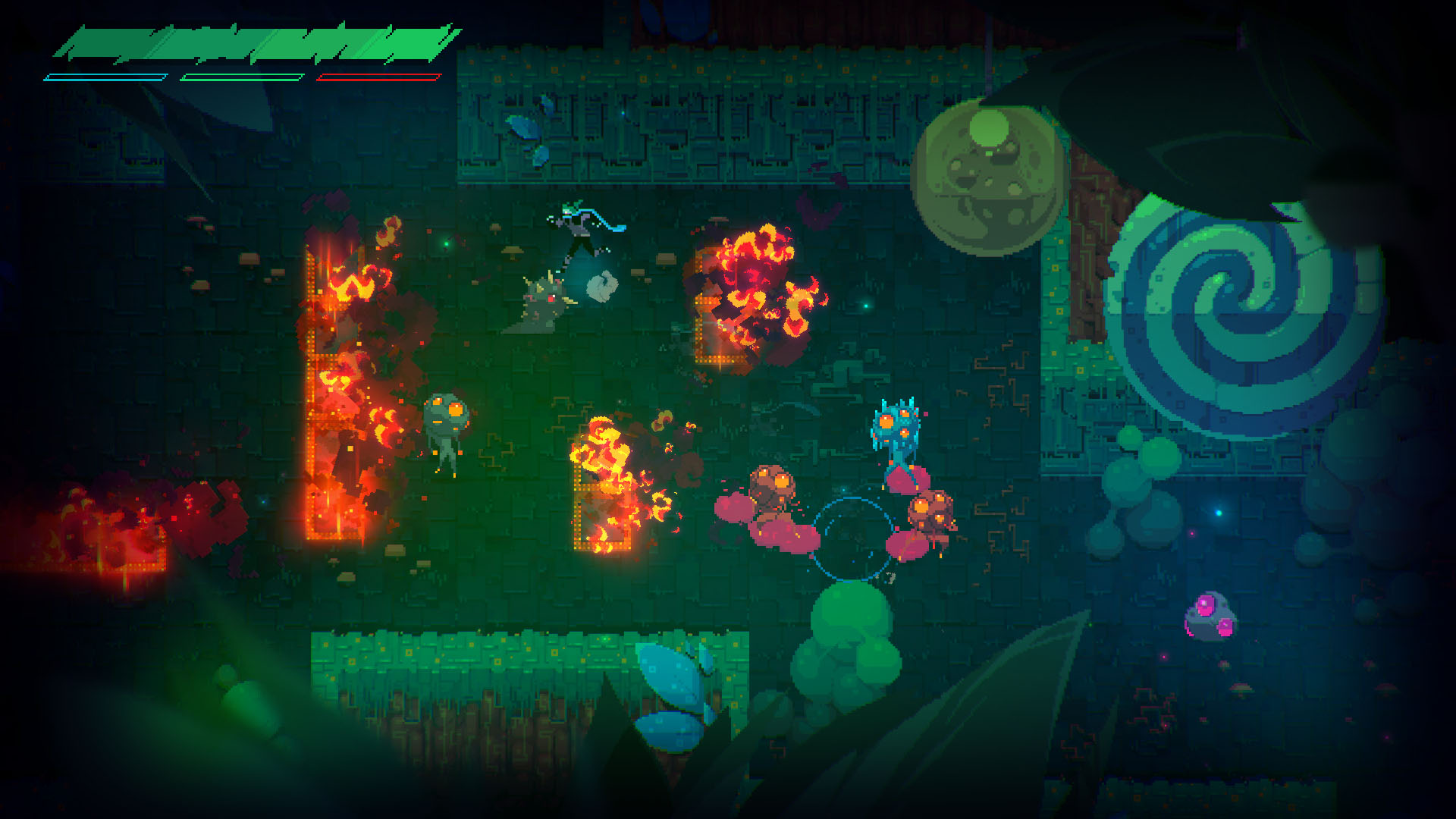 Combat in Phantom Trigger is fast-paced hack and slash, during which you’ll make use of a dash and combo together strikes with three different weapons: a sword, a whip, and a gauntlet. Combat feels really good and there’s a distinct difference between the three. The sword is quick, but not as quick as the whip and the gauntlets are slow and powerful. The whip can be used to pull enemies into attack range and also to throw projectiles, which are marked with a green ring to indicate that they can be interacted with. In fact, some objects and enemies that are marked with the same colour as your weapons–blue for the whip, green for the whip, and pink for the gauntlets–can only be interacted with or defeated by using the respective weapon.

The game features a simplistic RPG level up mechanic. Each weapon has a level attached to it that increases with use. Gaining levels allows you to unlock special effects for combos, which gives incentive to mix it up when attacking. Unfortunately, each weapon has a level cap of only seven, meaning that with active use you can unlock every possible combo by your second hour in. The system also suffers from unbalanced progression due to reliance on the sword, which is the quickest damage doer, over any other weapon.

Once you’ve completed your task in the world, you’ll encounter the area boss. Boss fights are challenging and it will take some time to figure out their gimmick and attack patterns. After you have, they become a matter of dodging their attacks and striking them when they’re vulnerable. There was nothing novel here: some bosses had a shield that you needed to bring down before you could inflict damage and others kept you dodging around constantly to avoid a headlong rush while dealing with smaller enemies. Regardless, boss fights we’re satisfying and I breathed a sigh of relief after beating a few. After defeating them, you’re sent back to the hub where you’ll set out again through the portal.

There are also puzzles to solve using a combination of your weapons. The whip can be used to move objects that will activate switches, for example, and there are also “Simon Says” style columns that need to be hit in order and with the weapon that corresponds with its colour. These are few and far between, but they serve as a nice way to break up the action. 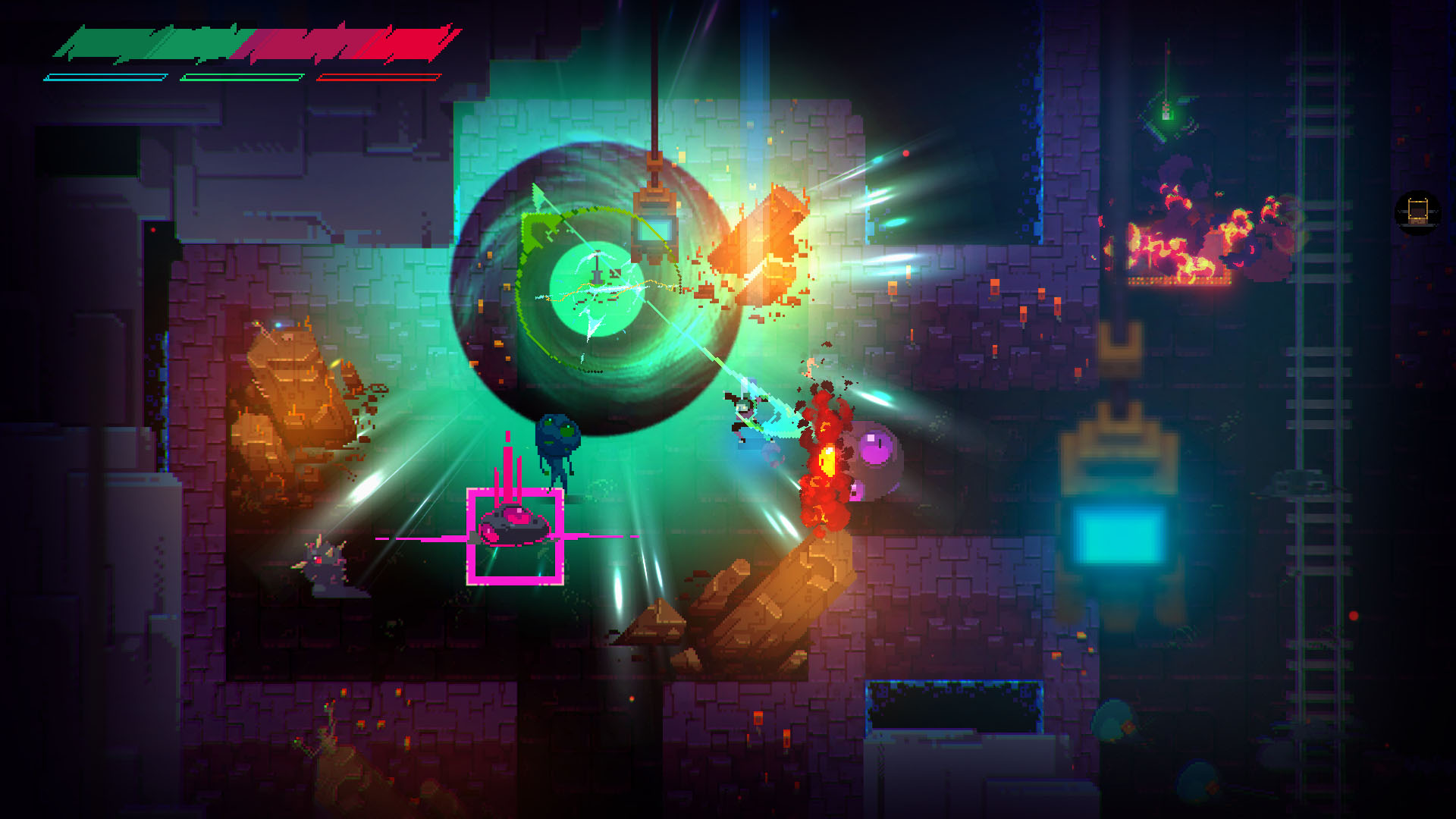 There’s potential here, but ultimately the game falls short in terms of engagement. I was curious enough about the weird plot to keep pushing through hordes of enemies, but that doesn’t mean others will be. Had there been a more in-depth levelling system or well-developed characters that pulled you into the story rather than confounding you further, perhaps it would have gotten higher marks

It’s not a bad game by any means, but then it’s not a particularly great one either.