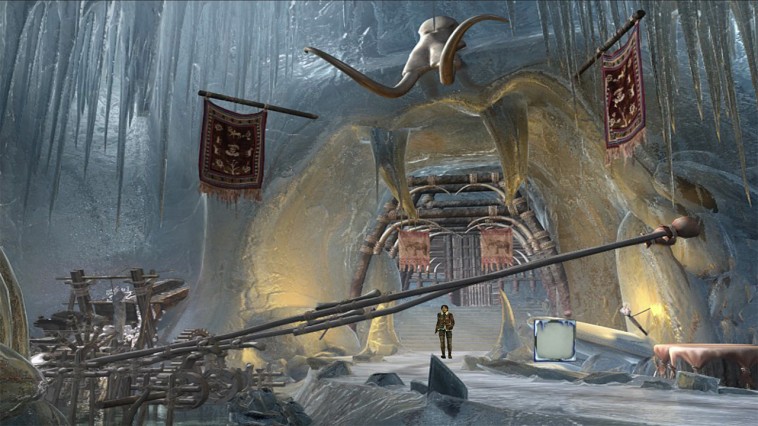 When we last left Kate Walker at the end of Syberia, it was a conclusion of open-ended wonder and adventure, something that really felt like it captured the spirit of a film but with the delivery of a game. You finish the first Syberia, a game that first was created in 2002, with a sense of satisfaction that is like wrapping up a modest five course meal: you’re full and happy, that’s all you need, but you wouldn’t say no to a little dessert. So I feel that fans viewed the release of Syberia 2 as that little something extra, a compliment at the end that would completely end the overall experience. Instead, it’s a whole second meal, and you really gotta take your time to digest things, because, if the first five courses were French, this is five Italian sets. It’s by the same chef, different style, and, if you’ve just eaten, it’s a lot to swallow down.

Syberia 2, strangely, feels like the antithesis of the first game, at least in regards to the points of Syberia 1 that I really enjoyed. While Syberia 1 was grounded in reality with touches of whimsy and mythical elements, Syberia 2 straight up throws everything out the window and almost goes full occult. Kate is now whole hog invested with Hans on his trip to find Syberia, and there are more than a few forces at work to try and prevent the old man from achieving his dream. There’s a lot of danger and foreboding that lurks at every train station, and it generally feels like Kate is abandoning her lawyer’s briefcase in favor of two pistols and a tank top at times. There’s even a moment between Oscar and Hans towards the end of the game that makes me throw up my hands and say “Why was this introduced so late?!” I Well, it’s obvious why (build tension, make Kate run around and do things) but that doesn’t mean I have to like it. 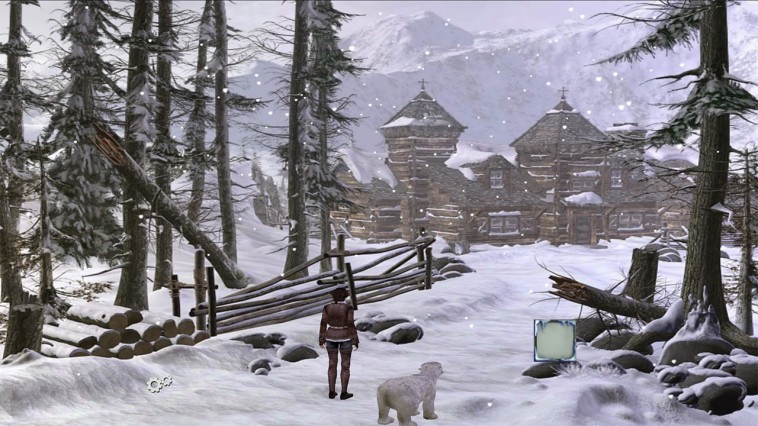 Graphically, you’re getting more of the same for Syberia 2, and that’s not necessarily a bad thing. As a game that’s over a decade old, Microids has done a pretty solid job of keeping the visuals clean and up-to-date without doing a total overall. The unrelenting theme of “snowy and cold” permeates throughout the outside world, but there’s still plenty of architecture in Romansburg to admire, and the general detail that’s gone into the creation of tomes and written items that Kate must leaf through is pretty solid. Without giving away too much, Kate does take several journeys through time and sees a bit of the past, and the general effect is created through the use of sepia and a bit of patience. Part of me feels like this is kind of old hat and borderline stereotypical, but, again, remembering this game predates even the Wii gives a bit of leeway on things. When Syberia 2 introduced this, it wasn’t quite as done to death. And, of course, actually seeing what the mysterious island of Syberia looks like feels ultimately satisfying and on par with Hans’ visions and dreams.

The gameplay mechanics are more of the same (walk, interact, use) with one HUGE difference that made me incredibly happy. Previously, when you talked to character in the first Syberia, your notepad would just display the same prompts over and over, but sometimes harping on the same point again would yield new information. Although quite in tune with several graphical adventure games, it still creates a moment when players, especially new to the genre, would need to hear the same dialogue repeated unnecessarily. However, in Syberia 2, the prompts gradually are taken off the notepad after you’ve heard all there is to say about something. This double bladed sword creates an atmosphere of gamers both being able to play through faster but also more cautiously. Impatience leads you to mash the button a bit too fast and, if you miss something being said, it’s lost forever. Still, in that vein, I loved that I could just talk, get new information, and not meander about with the same stuff I had already heard before. If you talked to someone in real life and you suddenly entered a conversational loop of repeating what you said five minutes ago, you’d assume you were both having strokes and call for help. Syberia 2 removes this, and thank God for it. 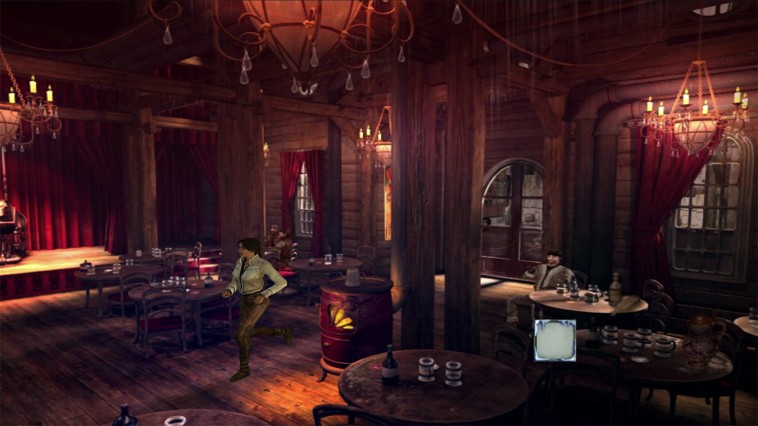 The biggest thing that sticks out in my mind is the finite nature of Syberia 2. Since you really stumbled upon the secrets of Hans and Syberia in the first game, the goal becomes crystal clear and Kate does everything in her power to follow through on the target. Even though the first ending was more open ended, it was obvious that Kate was on a quest to reach the lost island and help Hans. But Syberia 2 does everything except put a ribbon on the screen in an effort to wrap things up. There are very, very minor points (in my opinion) that are left open in the grand scheme of things, and it’s a good feeling to have all my ducks in a row. But we all know, we literally are all quite aware, that there is a third Syberia game, and it’s been created over 12 years after the creation of the second. What on earth would still need to be covered? I haven’t taken a look into the plot for Syberia 3 yet, and I don’t intend to until I play it. So now I’m just scratching my head trying to figure out what Syberia 2 left open that needs to be addressed so desperately that Microids dusts off the IP and reboots the tale this late in the game. I’m interested, just a bit perturbed.

In any case, Syberia 2 is the fitting end to the Syberia duology, and anyone who loves longform storytelling in video games should look into this immediately. Though it’s a totally different feeling from the first, it’s a great second half and doesn’t lag, merely changes tone and pace. Strap in, relax, and remember there are still mysteries out in the world, and dreamers will be the ones to find them…