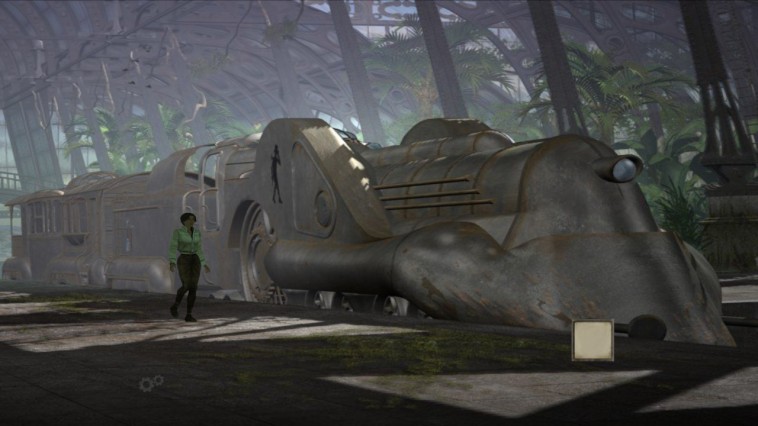 There will come a point in the future where video games receive their due credit to the arts much like painting, sculpture, music and movies have finally had their days. It wasn’t long ago that Roger Ebert declared that video games could never be art, but it also wasn’t long ago that my elementary school teacher told me I’d never play video games for a living. Now they’re both wrong and dead, so jokes on them. But, as any student of literature will tell you, not every great piece is necessarily entertaining or even something that you enjoy. The Scarlet Letter is a cornerstone to understanding puritanical culture in the 17th century, but that doesn’t mean it’s not boring and godawful to read when you don’t want to. Try and keep all of these ideas in mind as we delve into the strange world that is Syberia.

Kate Walker, our protagonist, has the unrelenting joy of being a corporate lawyer who travels the world in order to negotiate and finalize takeovers and acquisitions. Upon arriving in a sleepy French village, Kate’s job of taking over a toy factory is made complicated by learning that a.) the owner is dead and b.) her brother, Hans, thought to be dead, is very much still alive and hiding somewhere. Kate then has to set out to find the man and force him to sign some paperwork. If this all sounds terribly dry, it sort of is, and you honestly might be forgiven for yawning a bit during the whole thing. In fact, the title of the game, Syberia, doesn’t even get referenced or recognized until a couple hours in, which is sort of insane. You’d think, with a name so close to Siberia, that we’d be playing somewhere in Russia, but, no, turns out Syberia is a magical island somewhere where mammoths still roam and where Hans ultimately wants to go. Things definitely pick up once you learn about the purpose of why you’re playing this game, but it’s a hell of a road to walk prior to this discovery. 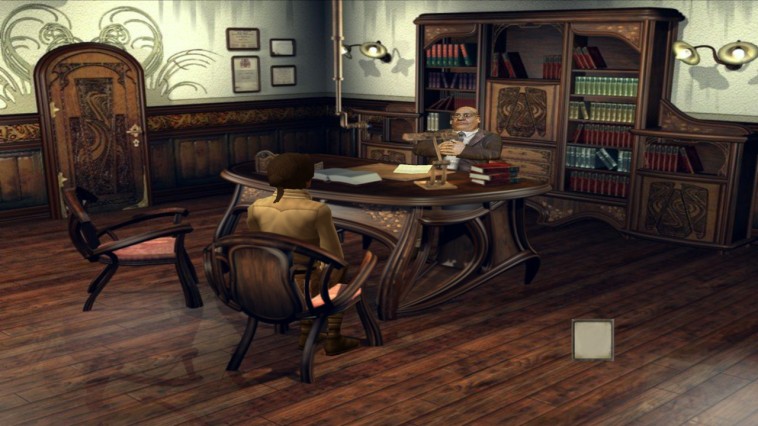 Syberia handles the port to the Nintendo Switch as one of the better incarnations of a point and click game. Rather than have a floating mouse pointer (a la Dead Synchronicity), Microids decides to let the player simply shift between what can be interacted with solely. You can walk or run to wherever you need to go, access the inventory to grab what you need, and approaching something that you can use/talk to will bring up a different icon to let you know you’re in the right neck of the woods. Rather than making it feel like the game is holding my hand, it honestly came across as a time and lifesaver: we want to know the story, which is pretty complex and verbose, not dick around for five minutes trying to figure out where on the screen to click. There’s plenty to pick up and use as you move about, but nothing is particularly convoluted or illogical. In fact, by the end of the game, you’ll use up most of what you have in your inventory and not end up with a pack of worthless “stuff” before the credits roll.

It’s important to note that Syberia is old. Like, originally came out in 2002 old, if you can believe that. Although the game looks leagues better than it used to (much brighter and more angular), the entire thing, from start to finish, feels quite dated and may be a bit of a turn off for new players. There are several times when the camera gets nice and close to Kate’s face, and you may be reminded a bit of how characters looked on Playstation 1 games (think Resident Evil Nemesis or Tomb Raider Chronicles). Microids obviously wasn’t as big of a company as Capcom back then, so not every human emote is available, nor is the game widescreen (hope you like bars on the sides!). But a lot of it does still hold up surprisingly well. The countryside, for example, is still impressively cold but comforting, perfectly capturing the sleepy nature of where Kate has been thrust. In addition, your visit to Aralbad is almost breathtaking in the architecture and the designs of the ships, both in the water and in the air. I really like that we’ve touched up the game somewhat over the years but have still kept the core ideas alive, which are about the unfolding of the tale and the conversations and interactions that Kate has with everyone.

As a point and click graphical adventure, this is absolutely key and core to the overall experience. Syberia still holds up as having believable and very human dialogue, even when things start to become a bit fantastic as we can see the full extent of the clockwork automations that the toy factory was producing. The voicework is superb in English, with the actress, Sharon Mann, nailing the slow transition of Kate’s character from exasperated and disbelieving to slowly becoming enchanted and fully engrossed on the idea of Syberia. Although some conversation points may end up being dry, dead-end lines, it matches perfectly well with how our own conversations with loved ones and coworkers might end up, only there’s no hope that those talks will end with mammoth discussion. Syberia takes its time to weave a fantastic tale, and it does so without being overly menacing (like Broken Sword) or silly (like Monkey Island). It’s ability to capture wonder without needing to take your feet off the ground is something that cannot be underestimated, and is sorely lacking in the world today. 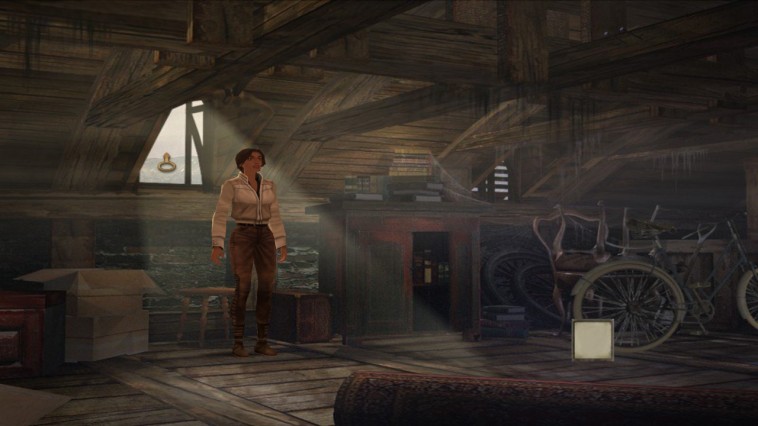 In fact, the biggest drawback to Syberia arriving on the Switch is that it’s been out for so long there isn’t any wonder as to “what happens next.” The original is launching almost alongside the immediate sequel, Syberia 2 (reviewing soon) and Syberia 3 has already been announced as coming to the Switch early next year. The sort of “devil-may-care” adventure that Kate leaves us with at the end of Syberia is kind of ruined by knowing that her second and third adventures are already set in stone, with her portrait being the boxart for both titles, so it’s not like we think she dies in a fire or something.

Having said all that, I used my reference at the beginning of the article as a word of caution to new players who haven’t encountered a lot of the “storytelling” graphical adventures that were released in the late 90s and early 2000s. You aren’t going to be overwhelmed with quicktime events and hordes of enemies to deal with, nor will you need to feed two fish to a man dressed as a pelican or something as silly as that. You’re helping an old man realize his dream, and it’s sweet and beautiful and fraught with danger, but only the kind that exists in thrilling moves from the 1950s. Syberia has so much to say and a surprisingly long time to say it, and it’s worth listening to every word if you’re a serious fan of the genre. Syberia may be taught in a classroom one day as a showcase of how a great story can be delivered in a whole different medium, one that simply wouldn’t work as a tv show or novel, and I do hope that fans can appreciate the construction on the same level that writers can, begrudgingly, admire the effort that Hawkthorne put in so many years ago.