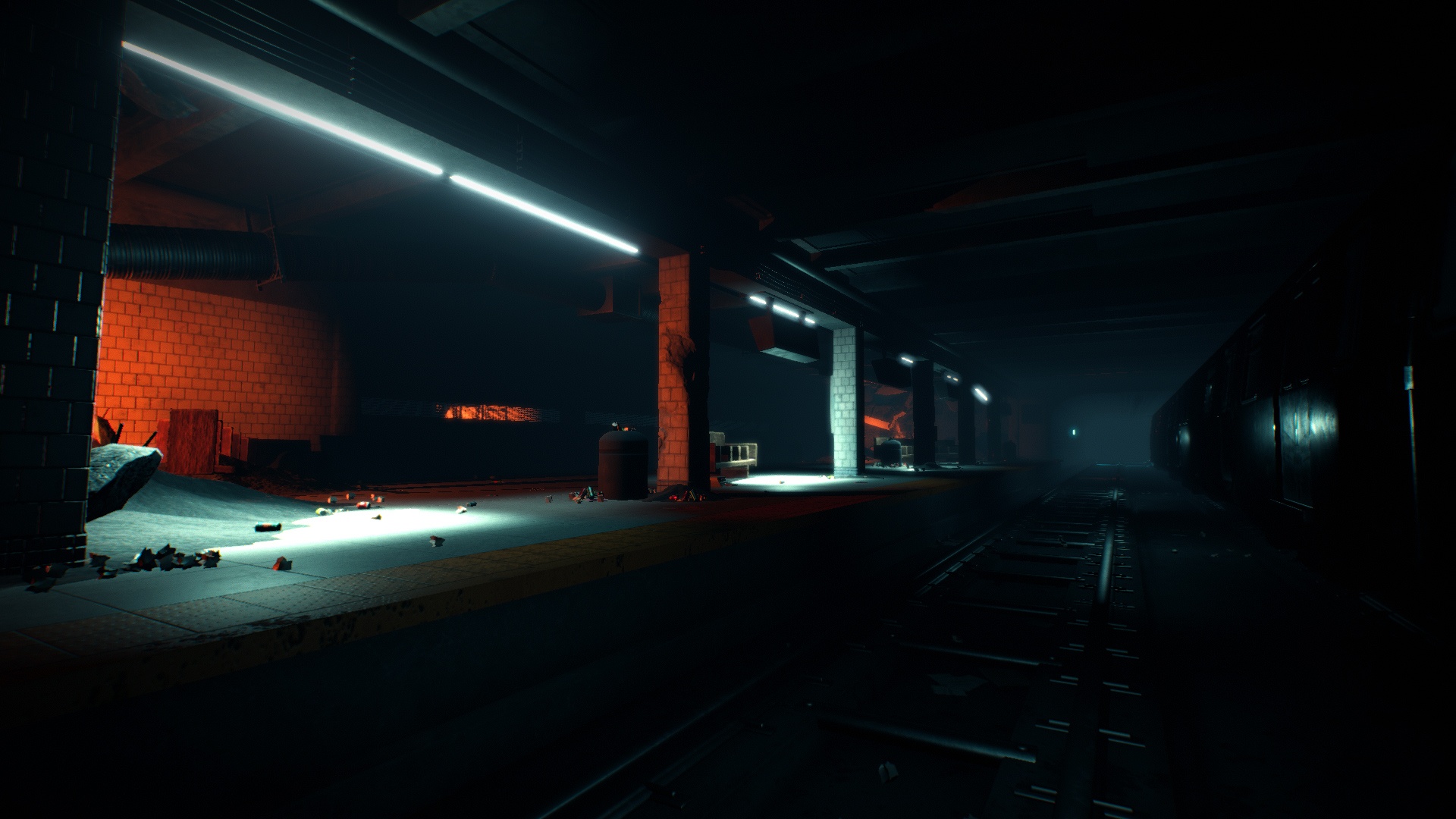 Developed and Published by Canadian company Red Meat Games, Inc. Bring to Light chronicles a first person’s nightmarish journey through the subway, when your train mysteriously crashes. During the travels, you are forced to roam the various tunnels of the underground in search of freedom, and after completing various puzzles and dodging shadow creatures, the game culminates in one final battle between Light and Darkness.

In terms of narrative, I personally believe the whole Light v Darkness plot is somewhat overdone and has only ever really been done successfully by the Kingdom Hearts series (and even then the narrative is sketchy). So it sadly is almost cringe worthy to see another developer create yet another rehash of this trope. Additionally the plot could also be likened to recent cinematic hits such as A Quiet Place and Birdbox, in which the protagonists can’t make noise or go outside without blindfolds, less they be consumed by the supernatural creatures/force at play, thus depriving them of a basic human sense that favours their enemy. Bring to Light also features a similar plot, in which the player must remain in the light in order to survive.

Now, I’m afraid I must be critical and say that I was just hoping for more story. During my first hour of gameplay, I kept hoping that the creatures’ origins/mythology/backstory would be revealed, but sadly it was grazed over with very little explanation. Furthermore, everything interesting about the creatures takes a very drastic and almost farcical turn towards the latter half of the game. I initially mistook the creatures to be aliens, akin to the Cloverfield series. But when I started to be attacked by Mummy/Skeleton-like monsters, I knew that this sadly wasn’t the case, and this wasn’t the ‘invasion’ game I initially thought it to be. Couple this cartoonish depiction of ‘monsters’ with the light v darkness plot, and you have a very generic game, if only the developers but a little more thought into the mythology of the land they were creating, the game may have been more enjoyable. 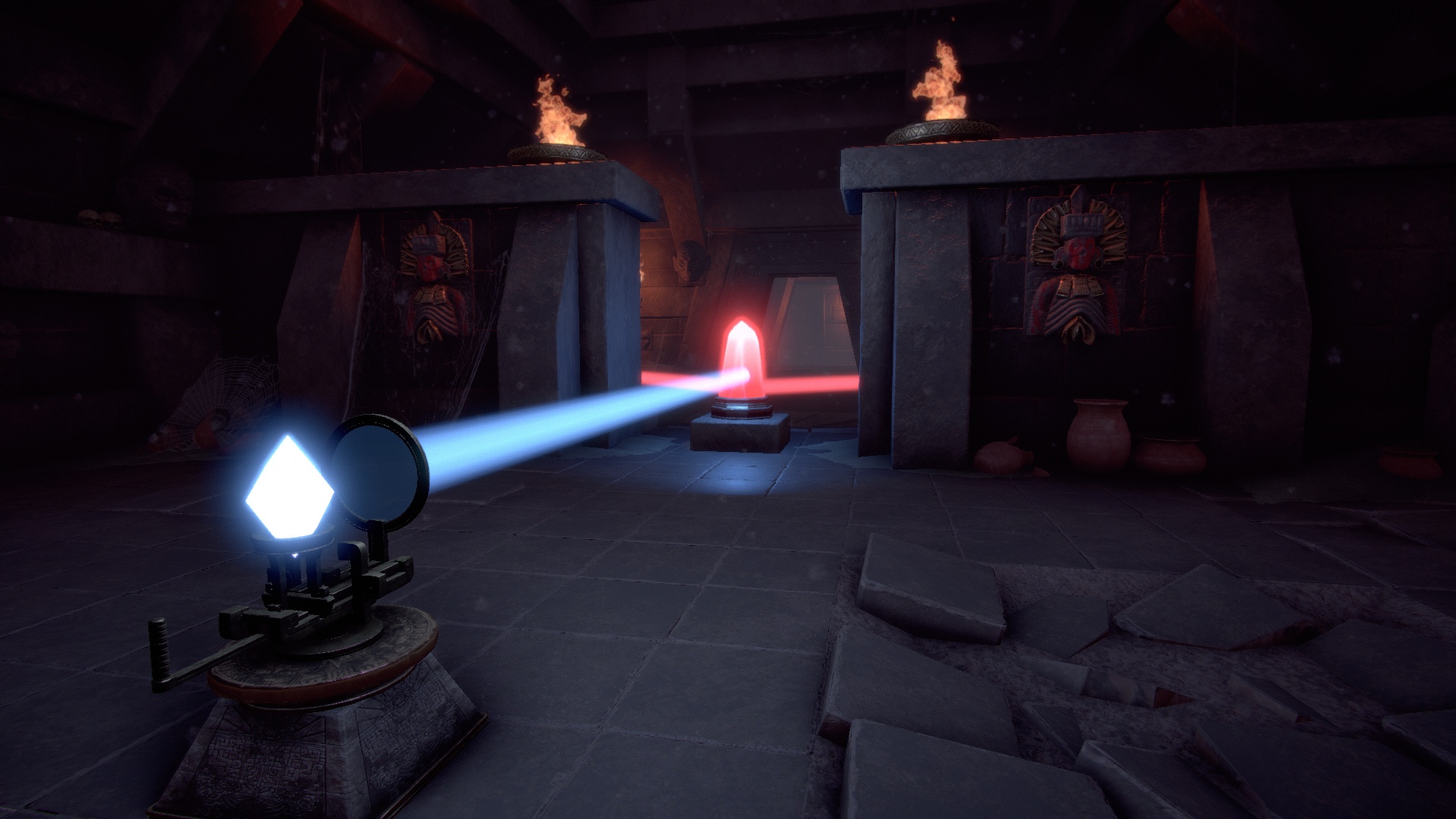 Now moving onto gameplay, which mainly entails completing puzzles in order to progress further into the tunnels. Whilst sounding mundane Bring to Light manages to keep each stage fresh, with a new variety puzzles, which makes use of its differing environment. This does keep things from getting repetitive and stale, a fate which befalls many a puzzle-based game. However, by far the most interesting part of the game play is interacting with the shadow creatures, and whilst I may have bashed them previously, I cannot take away from the fact that trying to avoid detection from them is a lot of fun and filled with the suspense you’d expect from a horror-based game. Now something of importance to note is that there are two separate endings for the game! Both of which are disappointing, but I will let you make of it what you will, without spoiling.

Which brings us onto possibly the most important question of the game, ‘Is it Scary?’ and the only easy way to say that is yes and no. The game itself isn’t inherently terrifying, your heart won’t be beating out of your chest throughout your entire play-through. However, there is the occasional jump scare that will get you, some of you may regard this a ‘cheap’ jump scare, but as someone who loves to be scared, I was all on board for anything that could ramp up the pressure. The monster’s designs (apart from the stupid Mummies) however are scary, and I will tip my hat to the developers for that. There is nothing scarier than exiting a room only to met with one of those terrifying things. But whilst we’re on the topic, the creatures can’t chase you through doors, which does retract some fear points. 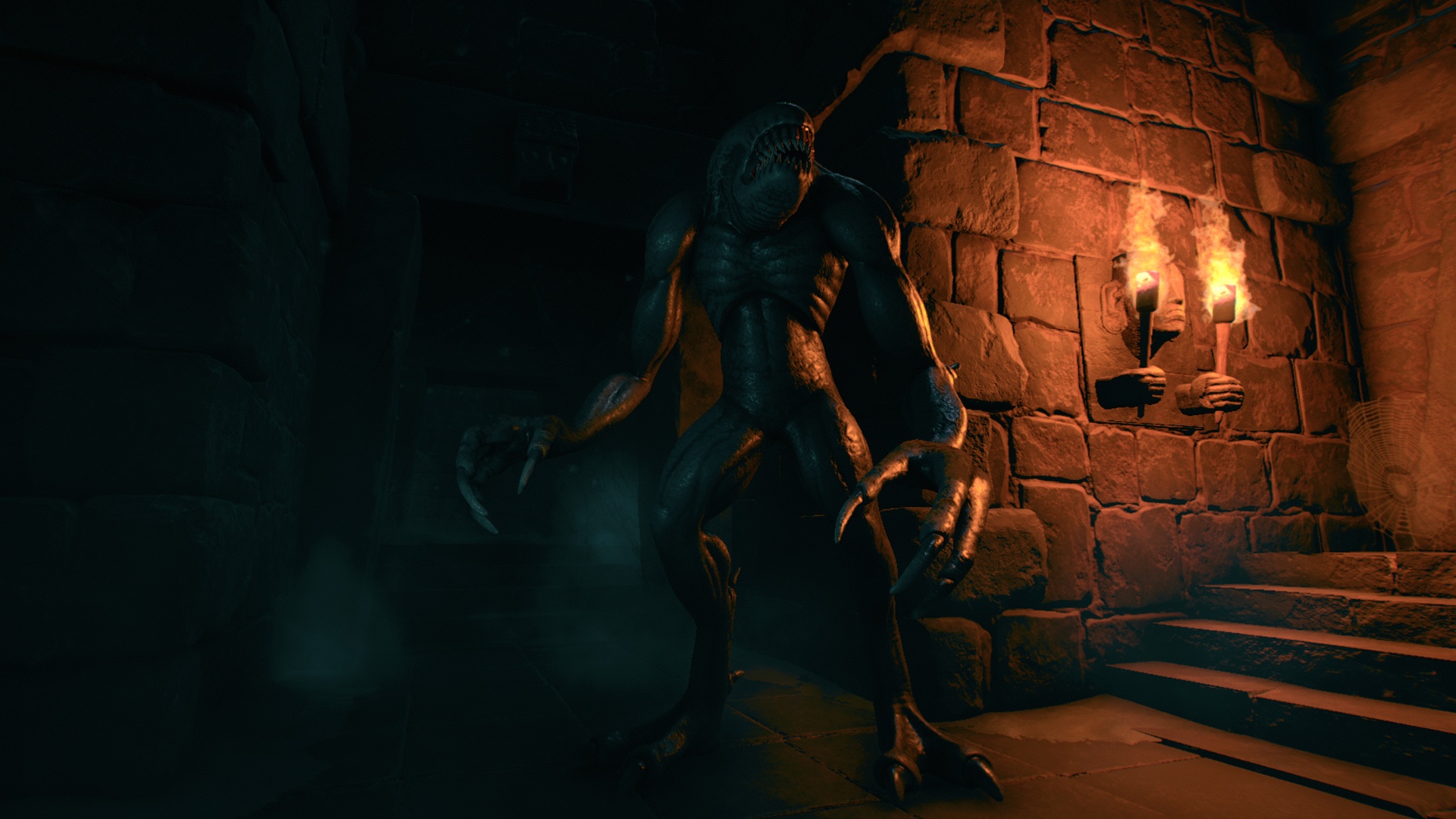 Bring to Light’s graphics are very hit or miss, with some aspects such as the creatures being incredibly detailed whilst others are… less so. For example, during one stage there are large pipes that supposed to block your progression, however you can literally just walk straight through them, so perhaps there was a mild error within the games coding. However, other than that I wouldn’t say that there is any other qualms to have, everything looks sleek and well designed, despite not being able to see the majority of the time due to darkness.

To conclude, I have seen may people say Bring to Light has arrived several years too late, and should have struck whilst the iron was hot, back during the ‘Slender’ era of horror games. However, I would disagree and say it is a fairly fun game to play, is it the best horror game on the market? Of course not, but it isn’t the worst. As previously said, the only real issue I took with the game was its overplayed narrative and disappointing ending. Now, I will also say that the game is not worth the £17.00 it is currently retailed at, perhaps wait for a deal to appear on the PS Store.