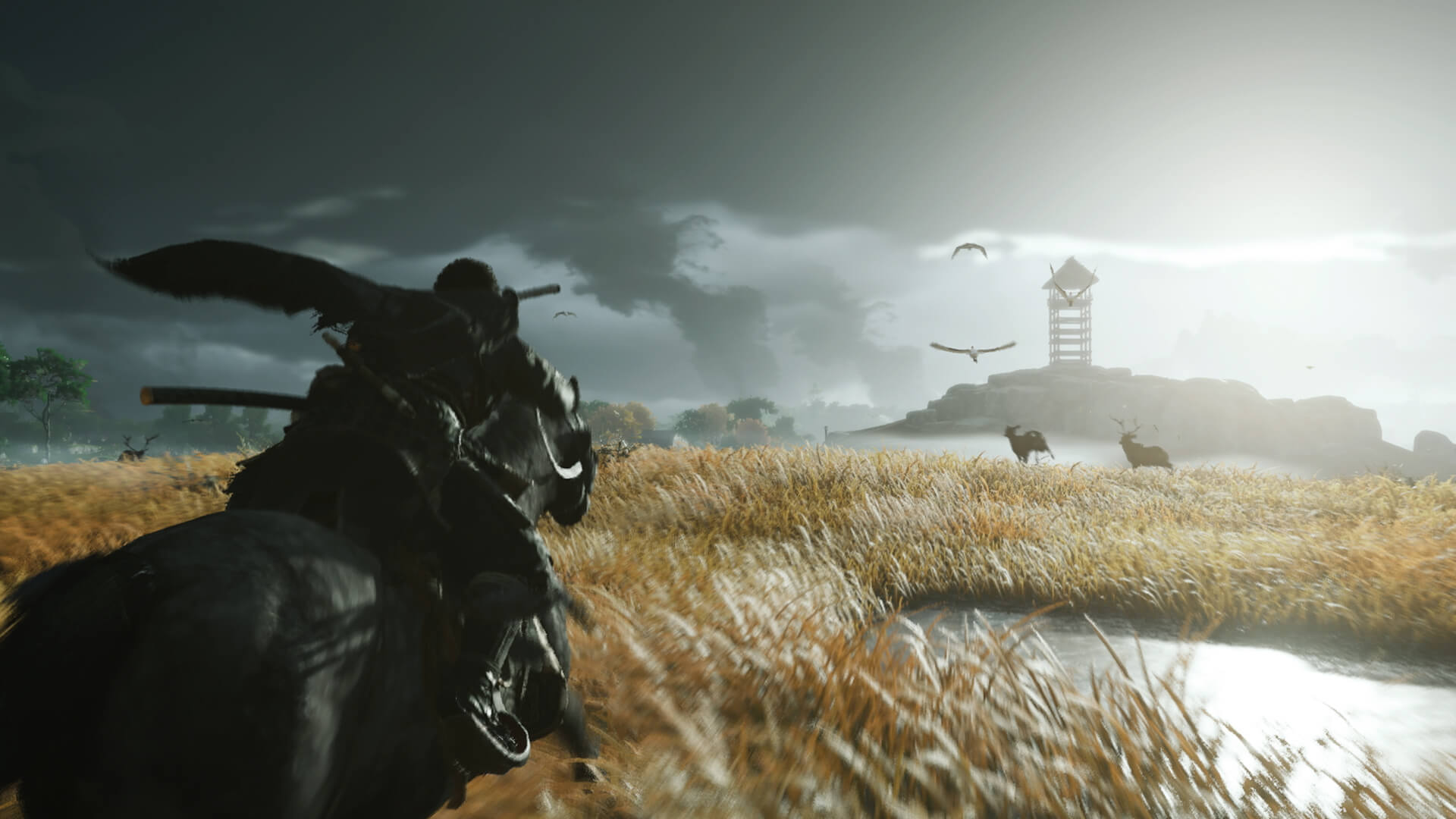 For as long as I can remember, the gaming community has begged for an Assassin’s Creed game based in feudal Japan. Despite the period being a seemingly perfect match for the franchise’s gameplay and tone, Ubisoft has shown no interest in making a game based around this period of history. It seemed that all hope was lost; that is until E3 2018, when Sucker Punch announced PS4 exclusive, Ghost of Tsushima. Inspired by classic Japanese cinema, could this stealthy action adventure title fill the samurai sized gap left vacant for so many years?

Players take control of Jin Sakai during a fictionalised version of the Mongol invasion of Tsushima in 1274. After a horrendous defeat leaves him as one of the last surviving samurai on the island, Jin must resort to brutal guerrilla tactics to defeat the enemies occupying his homeland, earning himself the moniker of ‘the Ghost’. Along his journey, Jin contemplates the necessity of these supposedly dishonourable methods which directly contradict his samurai code. It’s a fairly typical revenge story, sprinkled with the usual questions of morality around violence, delivered in a very upfront and unsubtle manner. Likewise, as much as Jin’s persona as the stoic man of honour is befitting to the genre and setting, he doesn’t make for the most compelling protagonist.

Fortunately, the wonderfully diverse supporting cast more than made up for Jin’s blandness. Most characters have their own side quests with entire arcs, so there are plenty of opportunities to see them fully fleshed out. When not exploring characters, these optional side quests provide interesting insight into the game’s setting and lore. This includes the game’s mythic questlines, epic tales of Tsushima’s history inspired by Japanese folklore. Although most of the large set pieces take place sporadically throughout the main campaign, the side quests provide a much-needed distraction for when Jin’s story gets a little stale. 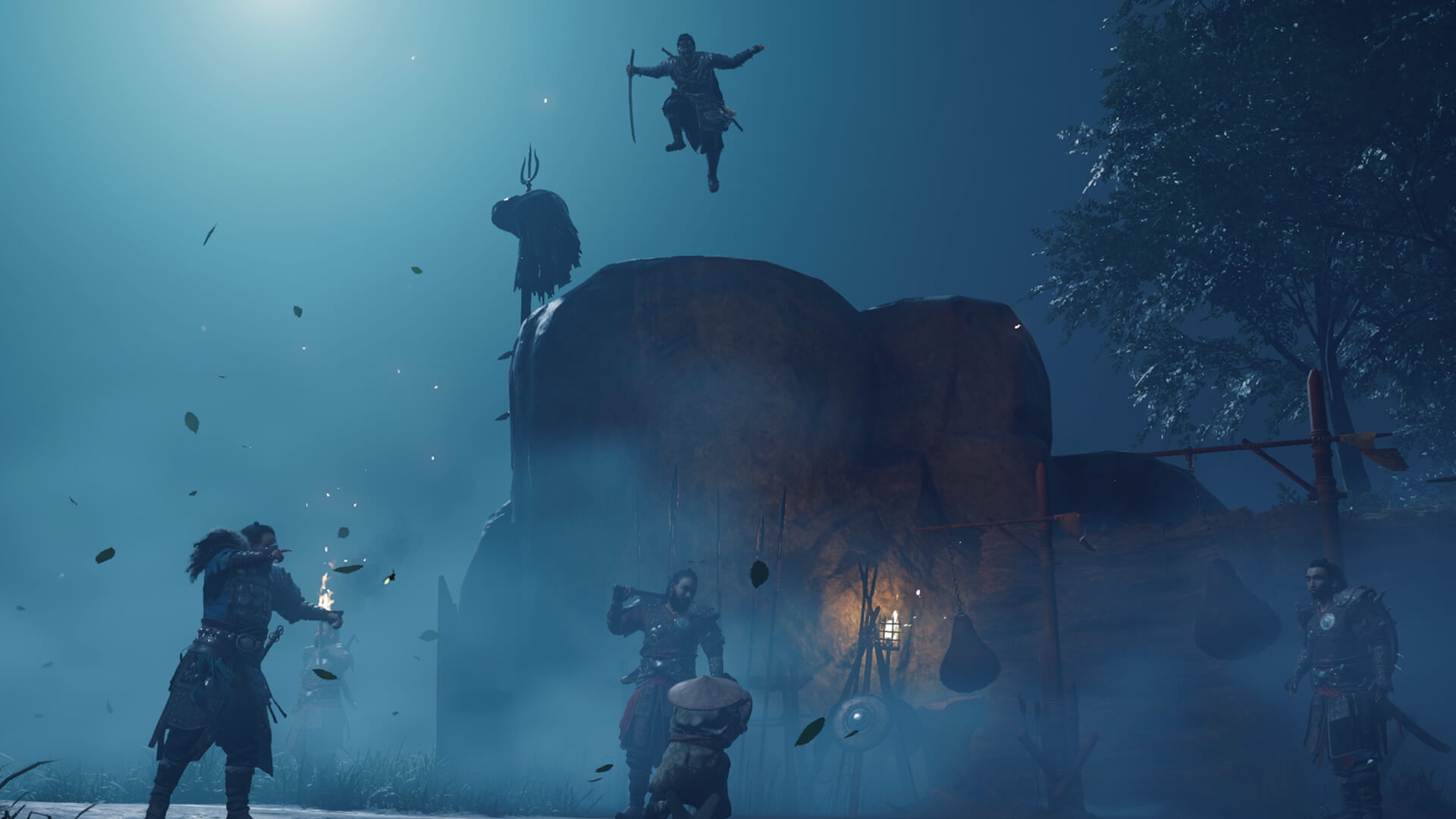 It’s not just the questlines that will leave players straying from the beaten path. Many activities can be found throughout Tsushima’s sprawling open world, from clearing enemy camps to reveal portions of the map, to scaling mountains in search of sacred shrines. Some areas even include Japanese inspired mini games such as button mashing bamboo chopping and meditative haiku writing. Despite this variety, it’s not long before this limited pool of pursuits feels like a repetitive chore. Perhaps these endeavours are all optional, so it doesn’t matter. However, much of the loot and abilities earned from exploring thoroughly are almost essential to progressing the games increasingly difficult story.

Efforts have been made to make the exploration feel more natural, such as having the camera close to Jin’s back and keeping the HUD relatively empty. Instead, players must rely on in game visual cues, such as wind direction and friendly critters to guide them to their next objective. The intentions are in the right direction, but gameplay soon reverts back to the age-old cycle of simply checking points off the map. Traversal can also be a little dull, relying on pre-set climbing points and paths. In a post Breath of the Wild world, the bar for open world games is constantly being raised; sadly, Ghost of Tsushima feels somewhat dated in this regard.

Thankfully, the exploration has one major saving grace: Ghost of Tsushima is one of the most visually stunning games on the market. Even with the significant technical downgrade from the E3 demo, the game’s art direction is impeccable throughout. Completing the same old activity or slowly plodding up yet another cliff face becomes significantly more appealing when the world you’re doing it in is this gorgeous. From rolling fields of rice, to dense forests shrouded in fog, the world has an unending cinematic beauty, no matter the mundane tasks taking place within it. A magnificent, traditional Japanese score heightens the mood even further, whether it be graceful flutes, soothing singing or thunderous drums. I often slowed my horse to a trot while I travelled, delaying my progress just to soak in the atmosphere and environment. Likewise, I used the game’s photo mode more so than any other game I’ve played, partly because of its easily accessible and versatile tool set, as well as how inherently photogenic everything is. It’s also worth noting the game’s insanely fast load times, despite pushing the ageing hardware to its limits with such impressive visuals.

When not taking in the scenery, Jin is of course busy making sushi of bad guys. Players can take out enemies either head on as the noble samurai, or stealthily as the ninja-esque Ghost, with the game providing equal incentive for both options. Inclusion of the standoff mechanic, where Jin will challenge his strongest opponents to a duel, helps even the odds for those who prefer the louder approach. Once combat is started, swordplay is excellently balanced, enjoyable but challenging. Jinn can use four different stances, each providing an advantage over specific enemy types. It’s easy to understand, but difficult to master. Once learnt, players can switch between stances seamlessly mid fight. Combined with the arsenal of tools at Jinn’s disposal, combat has a wonderful flow to it, making the player feel like a true samurai warrior. 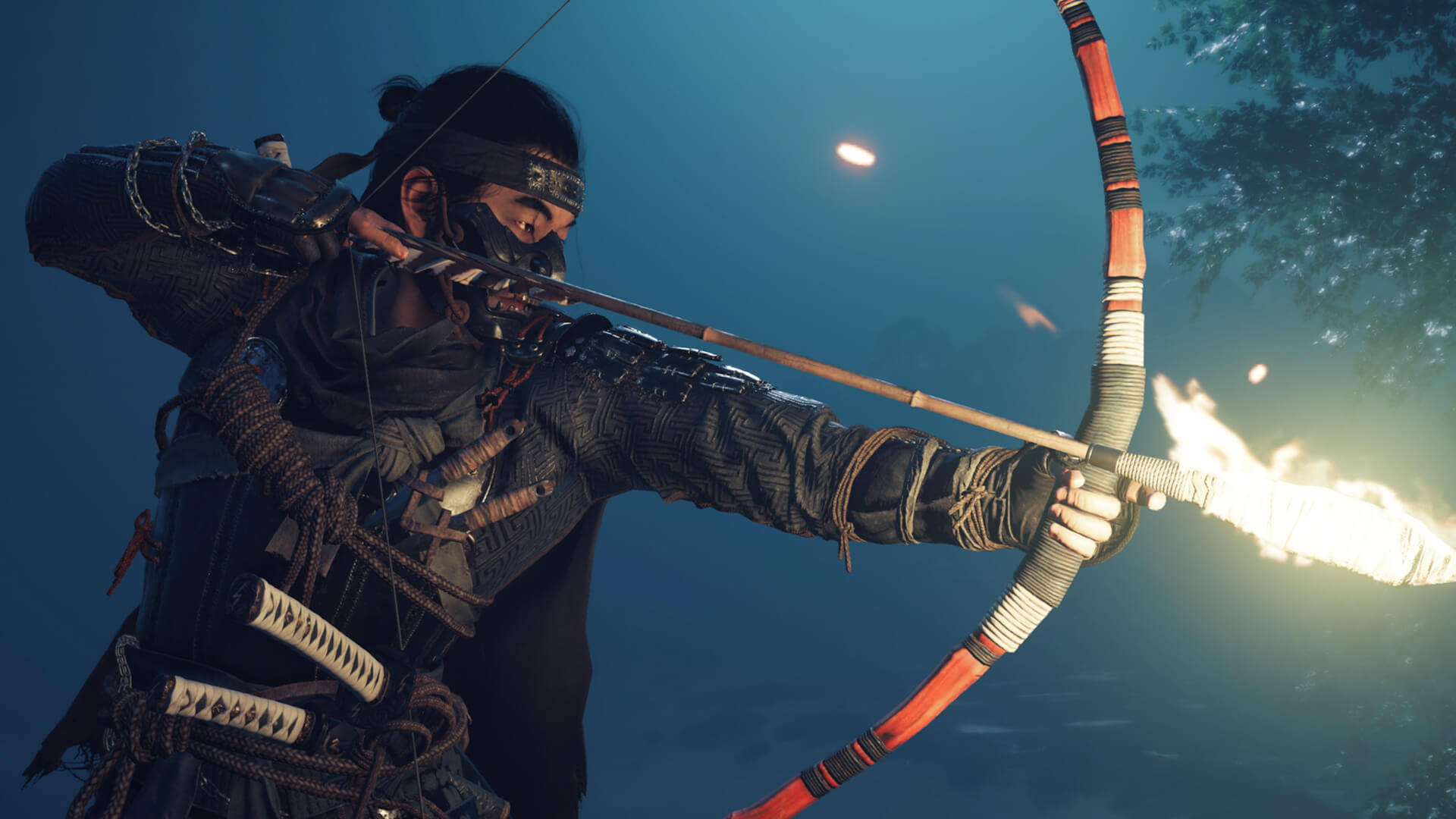 Unfortunately, stealth feels a slightly more clunky, due to the lack of versatility in Jin’s stealth abilities as well as the downright stupid AI. Despite this, creeping across rooftops before plunging your Katana into an unsuspecting Mongol’s back still scratches that ninja itch. Jin’s gear and abilities can be tailored to suit different styles, but there isn’t a huge level of depth to the customisation. Most players will finish the game with nearly all the skills unlocked, utilising a combination of stealth and direct combat rather than focusing on one playstyle.

The game often pays homage to classic Japanese cinema. The developers have even included a dedicated ‘Kurosawa mode’, which adds a grainy black and white filter to make the game’s aesthetic more like the work of legendary filmmaker Akira Kurosawa. Sadly, those wanting the authentic Kurosawa experience may be left disappointed due to Ghost of Tsushima’s embarrassingly out of sync Japanese dub. Whilst this won’t be an issue for most players, it’s a shame to see such a glaring omission, given how much the game has to owe Kurosawa’s filmography.

Ghost of Tsushima has many shortcomings, particularly when compared to similar open world action titles. Despite this, it is an incredibly compelling game when judged on its own merits, of which there are many. Sucker Punch has showcased a clear love of Japanese culture, not just the country’s rich cinematic heritage. Given the surprising lack of recent games set in feudal Japan, Ghost of Tsushima does an amazing job of filling the void, marking a very strong end to the PS4 era.

Ghost of Tsushima is by no means perfect, but it is certainly the closest gamers can get to fulfilling their wildest samurai fantasies.