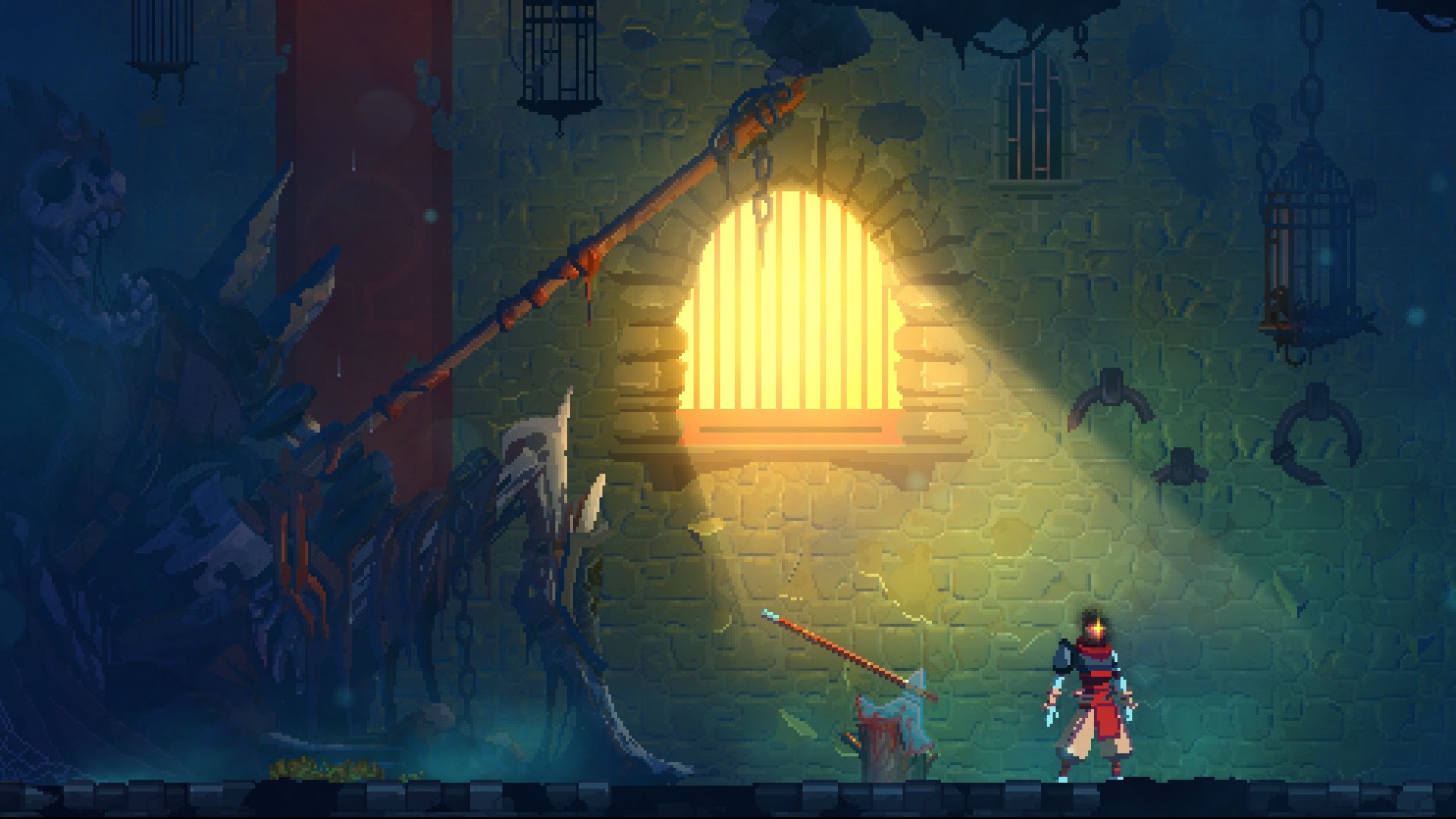 Lately, I have been able to treat myself to playing some Dead Cells, developed and published by Motion Twin, while job hunting and then finally getting another job. A lot of time playing was to try and avoid any stress and other emotions that come with the hunt for a job. What is more, I have been able to enjoy it on both PlayStation 4 and Nintendo Switch.

Dead Cells is a Rogue-like game, you play a lovely headless guy that is trying to escape; if we are to believe the solider that tells us we have been at this for some time. The chances are with Dead Cells as well… you will be at it for some time. Travelling through the game you are able to come across little tiny bits of information, or lore, that will give you hints of what is or has gone on in the ever changing world you are in.

Yep that is right. Dead Cells changes every time you die, from the layout of rooms, to what seems to be a certain character. This is a great way to show passage of time, as well as adding replay-ability. It can be a slight negative however, at this point overall that is how I have found it, there can be other times it is really annoying. Besides things changing with every death, there are also no saves, checkpoints or anything like that, so far it seems. 9 out of 10 times I have not really minded dying and starting back at the beginning. However there has been a couple of times it has annoyed me, like getting to a boss fight, and then dying early on as I try to learn the moves. That’s where it can be somewhat annoying, or spending ages getting somewhere, only to have to restart. However, like I say this is only a small amount of times I have felt like this.

As you progress through Dead Cells, you can meet some interesting characters that are there to help you, from merchants to spend your gold at, or the “collector” where you can spend Cells to purchase items that will help you on your journey, like having a health flask, and upgrading it, money bag so you can keep some of your money when you die. As well as load of other things, and you will be able to find blueprints for items/weapons. 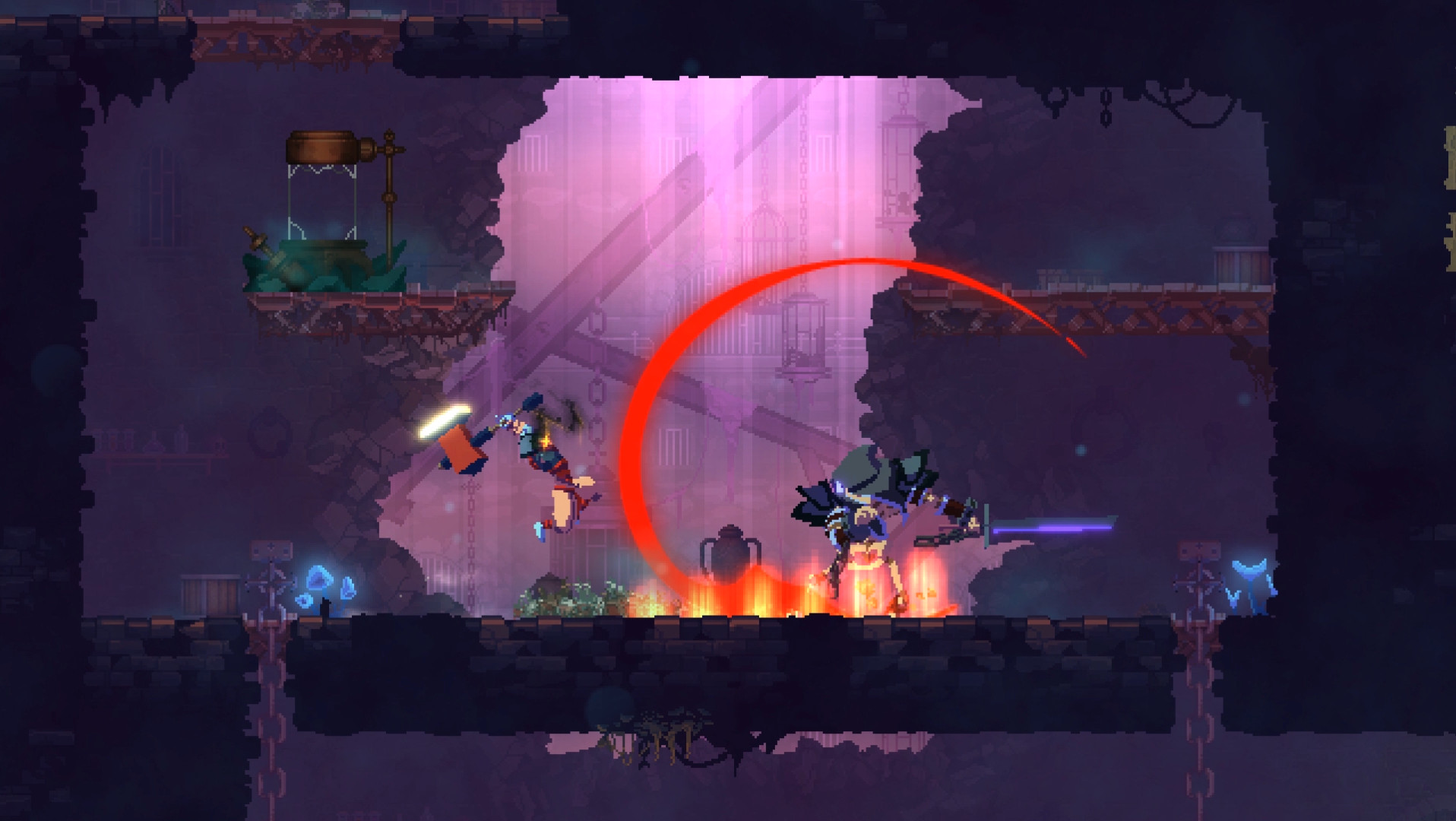 In Dead Cells besides money, another currency is Cells. These can be dropped by every now and again by enemies that you kill. Cells are used to purchase items at the collector, as well as upgrading weapons and stuff at the blacksmith, that you will come across when beating the first boss.

The combat in Dead Cells can be slightly challenging, it is clear that you are meant to die a few times as you learn how best to deal with each type of enemy. I am going to have to say it… I really don’t want to as I think it can be over used, and stupidly used at times. However I think it is clear that there is a souls like combat system in Dead Cells. If only a tiny bit I feel, but it is there. You are meant to die, and learn from the experience. Learn what weapons you are looking out for, what traps are going to be best in certain areas, things like that. There are a number of enemies that will be tough, and take some trial and error in order to get your technique down, so you are able to defeat them as best as you can.

I think what has surprised me the most about playing Dead Cells however is that, while playing on both PlayStation 4 and Nintendo Switch, I have found myself playing it more on the PS4 than the Switch. The game on the surface, for me, feels like something I would have played more on the Switch handheld, yet for some reason it has not been the case. I have enjoyed it more on a big screen rather than playing on Switch handheld. I think in part it comes down to the visuals.

Dead Cells has a lovely 2D pixel art style that is able to create lovely environments in each level/stage of the game that I have visited. Normally I’m half and half about this sort of art style game. There are times that pixel art seems to make a game just look like any other of its type, however Dead Cells stands out and looks beautiful at that. Seeing them on my TV rather than the Switch is nicer. I feel I can appreciate them more. 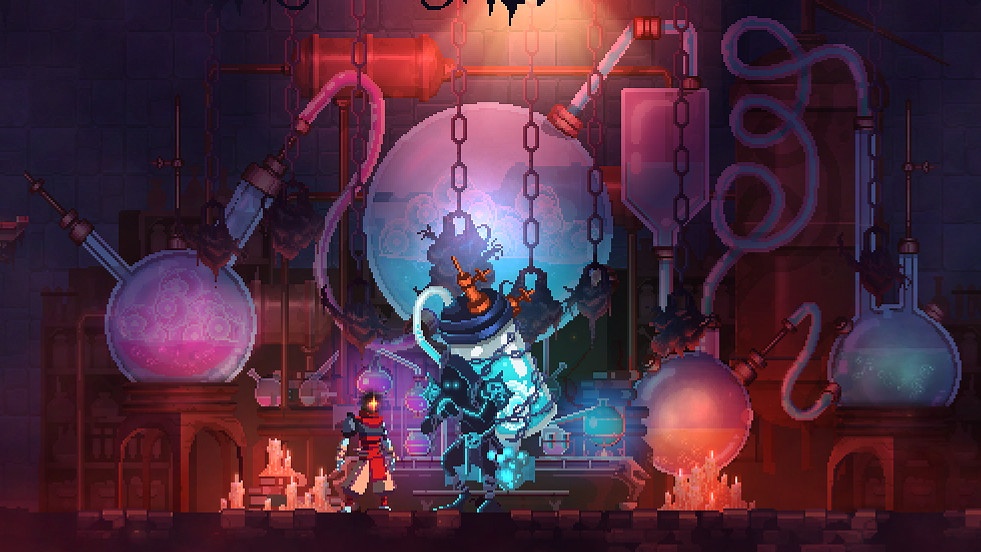 In fairness there is not much wrong with Dead Cells control wise. The character moves fluidly, as well as the attacks. The game has seemed nice and responsive. Sadly it means at no point could I blame any of my deaths on something like the controls not responding, or the character not moving quick enough. Each and every single death was my fault alone.

Dead Cells soundtrack is what helps the player drive on I feel. It makes you want to push on, on your adventure, on your quest to escape. It gets it just right. At times it can lead you to push forward maybe a little too quick, which may mean you don’t explore the area fully and miss out on items or upgrades, which in turn may lead to an early death.

Overall Dead Cells is a fantastic game, with loads of replayability for players. The combat can be slightly challenging but dying a couple of times and learning from it will solve this. The sound track, and art style are both lovely.

Like I say the only negative, and this will depend on the mood for that day, or how far you get, is maybe the no save/checkpoint system in Dead Cells, so dying results in starting from the start. However it’s only annoyed me a tiny amount of times, so I am in no way going to hold that against it.

Dead Cells is a fantastic game, with loads of replayability for players. The combat can be slightly challenging but nothing dying a couple of times and learning from it will not solve.