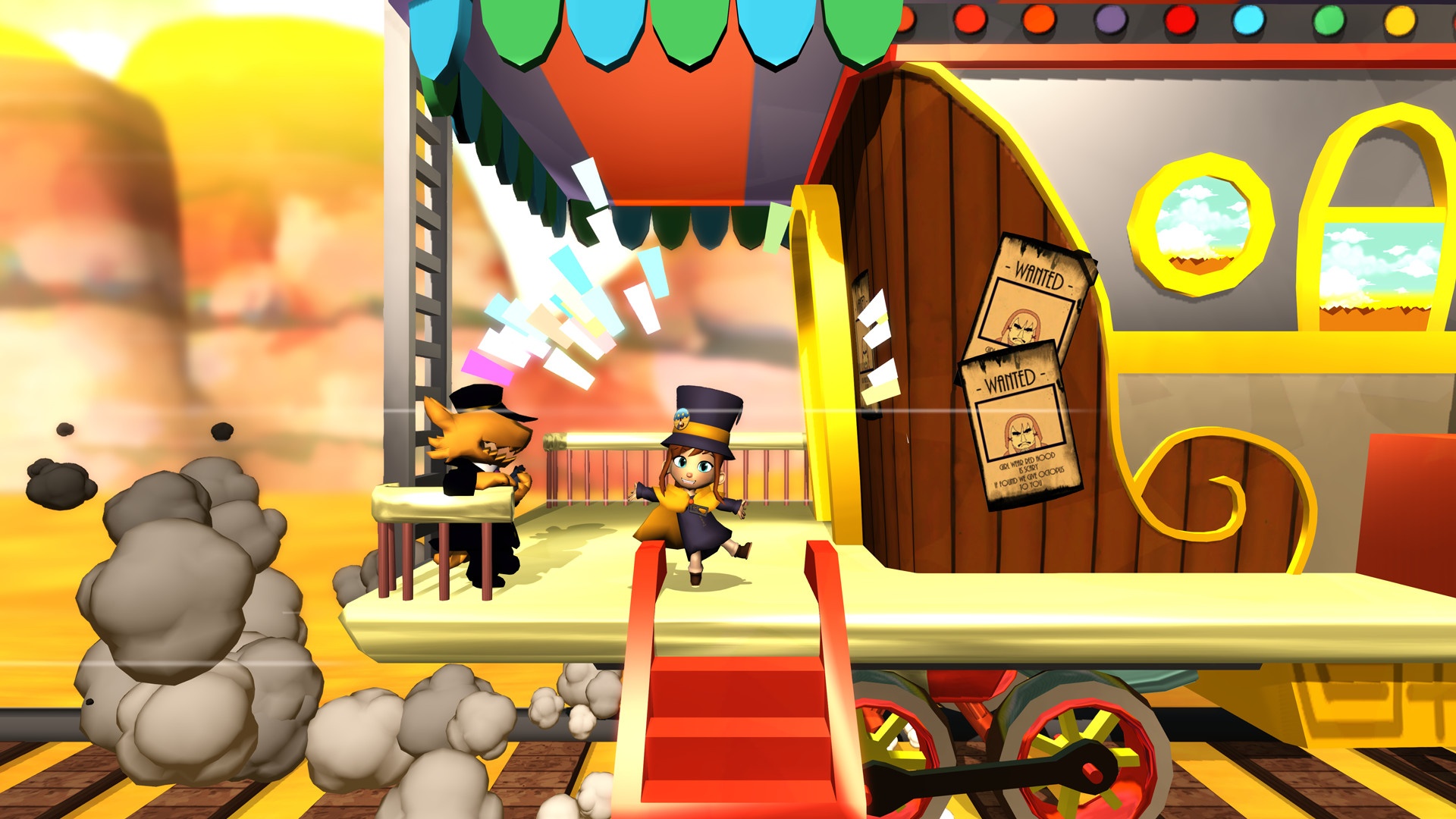 You can say what you want about the current console generation. But one thing that we all must agree upon, is the fact that it has somehow, someway, managed to resurrect platformers. Which to most, were dead and buried. And with titles such as the remake of Ratchet and Clank, Crash Bandicoot Insane Trilogy, Cuphead, and most importantly, Mario Odyssey, which are being released on seemingly bi-monthly basis, it is safe to assume that platformers are here to stay – at least for now.

The vast majority of titles of the aforementioned genre, has been released to a unanimous, critical acclaim. However, other games, which perhaps didn’t have the large enough budget, or simply the right team behind them, have divided not just gamers, but industry as a whole. And the best example of that phenomena is Yooka-Layle, which was praised to heavens by the borderline deluded fans of the studio and kick-starter backers, but was panned by those who weren’t looking at it through rose tinted glasses.

Yooka Layle, might just be the one and only platformer of which meta score looks like rollercoaster ride. But now, it is time for another title to join its ranks, as the recently released A Hat in Time – which was developed by Danish Gears for Breakfast studio – is likely to divide the industry in exactly the same way that Yooka-Layle did, earlier this year. And that’s because just like Playtonic Games’ Yooka-Layle, A Hat in Time, is a mix of high quality content, and not-so-high quality execution.

The vast majority of modern titles, banks in on a strong start in order to hook the player in. And even the recently released, and rather tragic Assassin’s Creed: Origins, has exposed the player to the bare minimum within its introduction, in order to minimise the amount of any possible bugs and glitches. However, A Hat in Time, does exactly the opposite, and within seconds, you as a player are exposed to rather horrendous object clipping, and erratic camera movement. 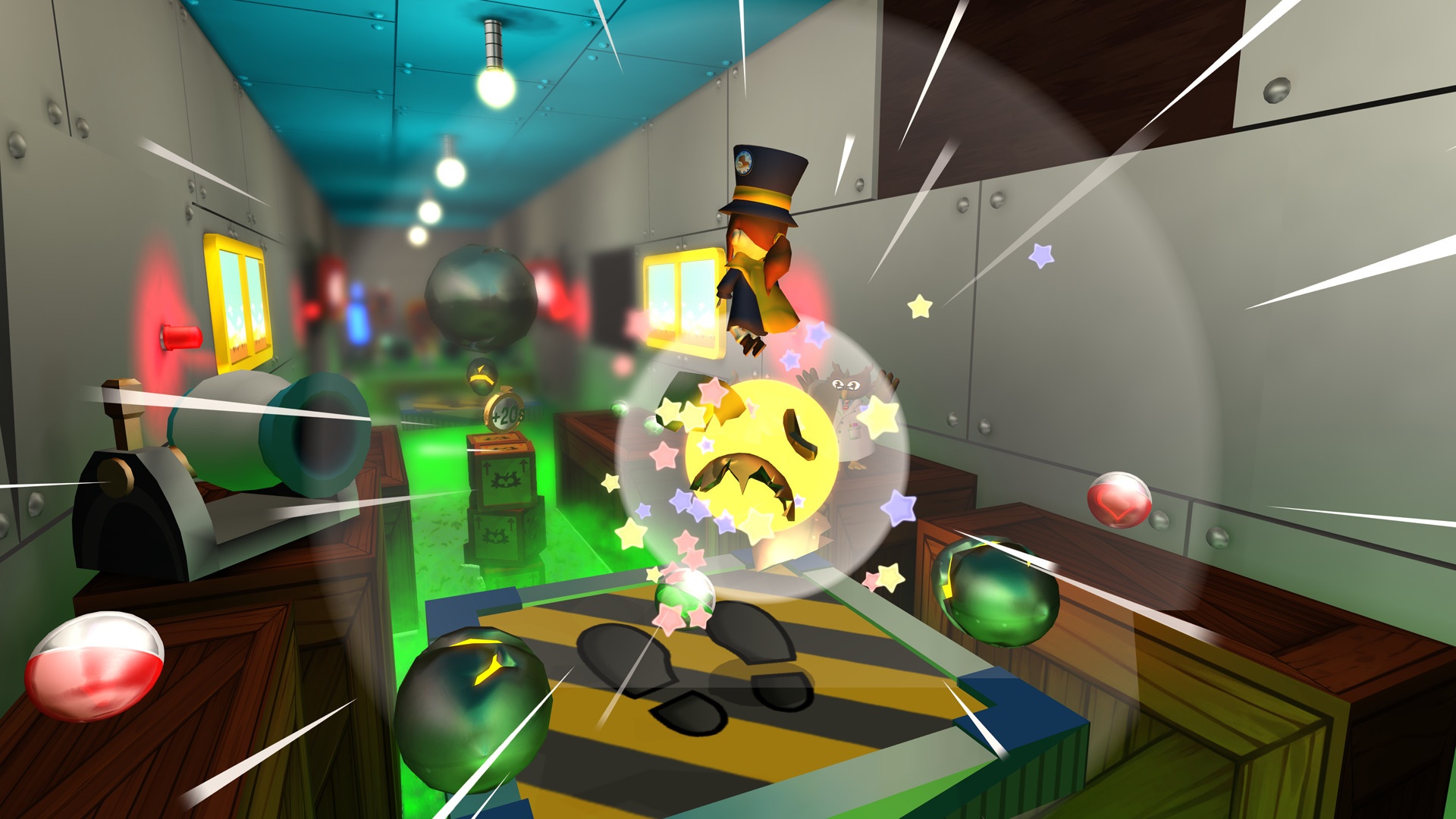 Within the starting room, you are encouraged to approach different objects. However, if run into them at a faster pace, then the protagonist’s head will clip through the object that she is facing. And if you decide to jump into the pool of pillows which is located within the same room, then you’ll have the displeasure to witness the rather janky camera movement, which unfortunately persists throughout the title, and at times, can bring title’s further shortcomings into the lime light.

A Hat in Time’s starting area, which is later on also used as the main in-game hub, gives one an impression that the title at hand is simply sub-par. And while the erratic, and at times unreasonable camera movement persist throughout, then the same cannot be said about the titles other shortcomings. But then, even if they existed within the latter portions of the title, most would not even have a chance to notice them, simply because they’d be in awe of the title’s sheer brilliance, which unravels with each and every level.

In contrary to the title’s camera movement, the controls are as crisp and accurate as they possibly could be. Meaning that whenever you make a single jump, or a double jump, you always can predict where the character is going to land, with 100% accuracy. And that is simply because all platforming mechanics of A Hat in Time, are both responsive, and most importantly consistent. All on screen actions, such as sliding, and wall running provide one with an instant audio-visual feedback, and this in turn allows one to effortlessly chain moves, as there is no ambiguity as to what has happened on the screen, and most importantly, what will happen next.

A Hat in Time, as a platformer, is borderline impeccable. It is a complete antithesis to all the slow, sluggish, and simply uninspired titles of the genre such as Little Big Planet. In-fact, it might just be the best console platformer since -KLAUS-, which at least in my book, was one of the best titles of 2016. However, unlike A Hat in Time, -KLAUS- was a borderline perfect game from-start-to-finish, both design and execution wise. Whereas A Hat in Time, at times, lacks the proverbial meat, especially when it comes to level design. 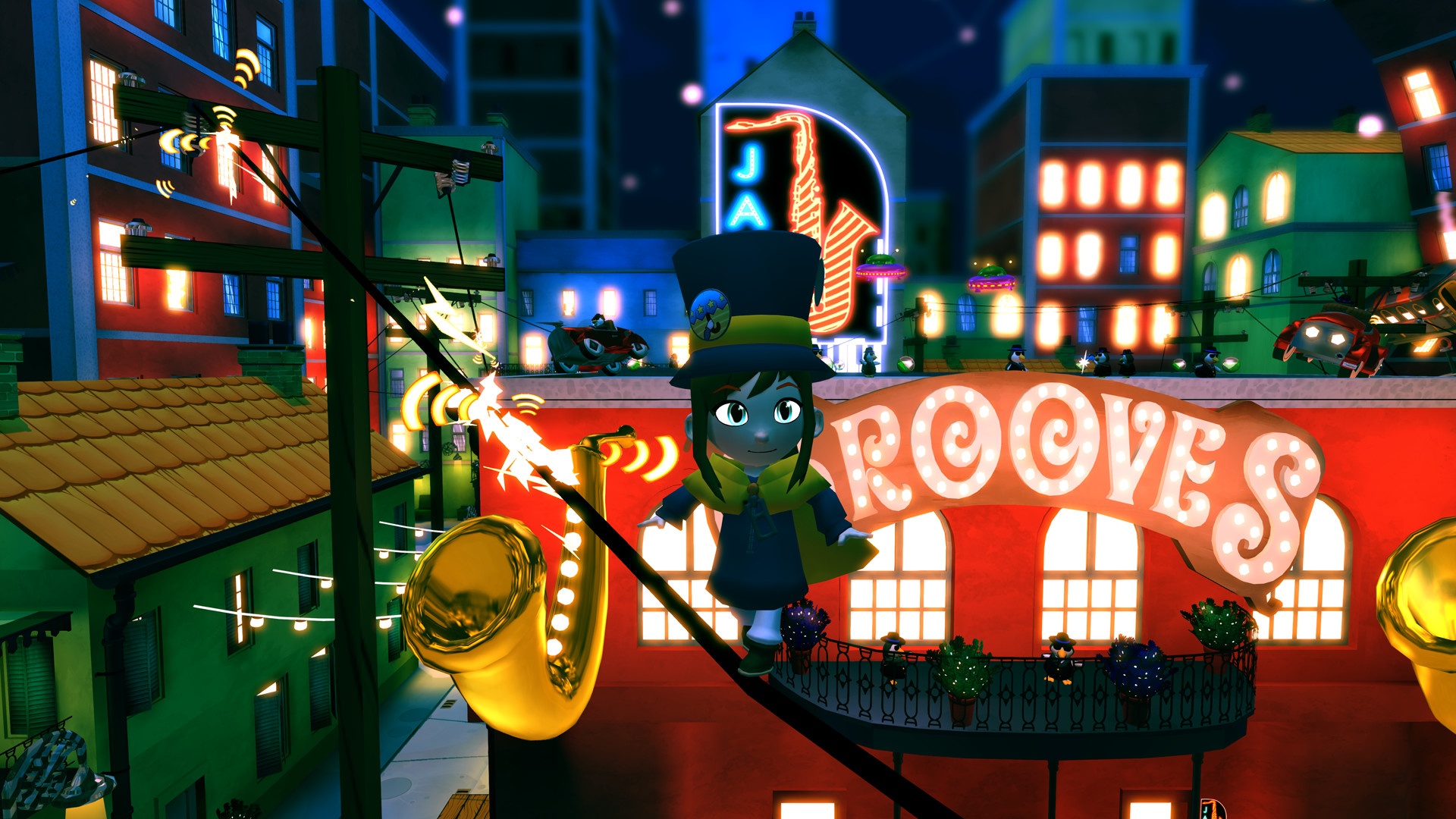 Without a shadow of a doubt, A Hat in Time, is an extremely satisfying and captivating game to play. However, while concentrating on providing the player with an overwhelming amount of content, the developer behind the title, has neglected to ensure its quality. And due to that fact, some levels – especially the earlier ones – feel rather cheap. Even the very first stage, which is meant to serve one as an introduction to the rest of the game, feels rather loose, and lacklustre. As from the get go, one can go wherever he/she pleases, as there are no boundaries, ability or design wise. And whether that was the desired effect is debatable, as all open in-game levels, don’t quite click-in with the player, unlike the more-linear sequences.

In general, A Hat in Time, feels a little directionless both literally and hypothetically. And that’s because some levels, simply are devoid of any solid direction, whereas the title as a whole feels like it was composed by two different studios, rather than a one cohesive unit. And if the entirety of the title was more like ’The Murder on the Owl Express’, then the title would be much more successful as a whole – at least in my opinion.

In conclusion, all that has to be said about A Hat in Time, is that is an incredibly successful platformer. And even in the today’s market, you’ll struggle to find a title as satisfying, and as fun as this. And while it may lack quality in some areas, it is most definitely compensating for it with its gameplay, which is simply sublime. And if you are looking to scratch your platformer-related itch, then A Hat in Time, is a perfect title for you. As it is charming, and at times downright hilarious adventure, which will surely satisfy all your needs.