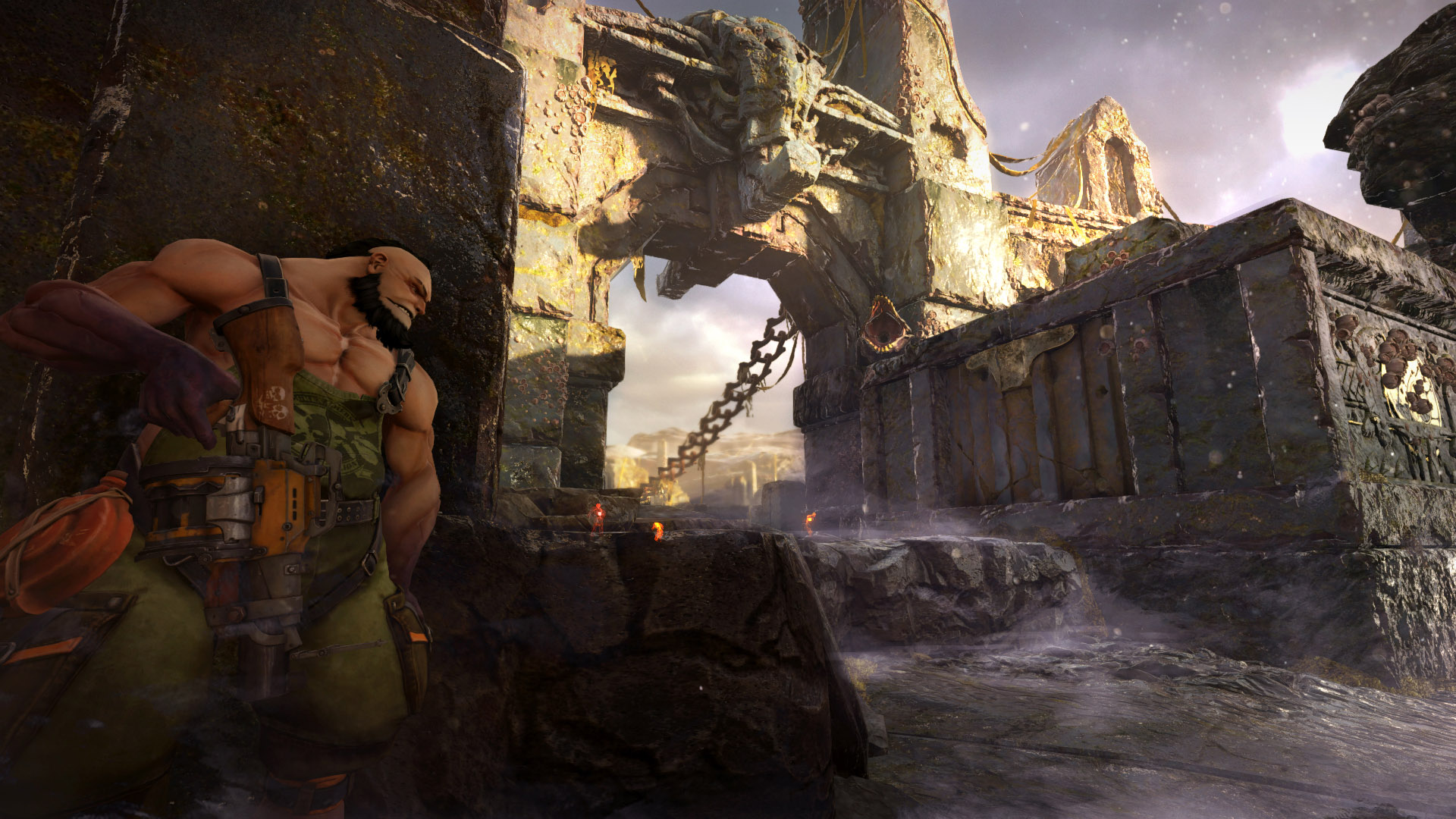 Wardog Fury, the latest episode for The Raiders Of The Broken Planet is essentially four more levels of cover-based action. It features a continuation of the story, some new characters, new weapons and a few other little tweaks here and there. If you’re new to the franchise, you can test the waters yourself by downloading the free Eternal Soldier campaign, and it’s fair to say that if you like it, you should grab the previous campaign ‘Alien Myths’ before you head into this one. The basic gameplay has already been covered in my previous review, so I’m going to dive in and discuss the new content.

Joining Harec and the gang this time around is the brutish Loaht. Armed with a grenade launcher and the ability to transform into a hulking melee behemoth, Loaht offers a useful mixture of crowd control and deadly close-quarters combat. But first you need to recruit/rescue him, which is done handily by completing the first mission. Loaht is being assaulted at home by Wardog troopers and a huge tank. The first stage of the mission sees you escorting explosive canisters to the base of the ordinance to destroy it, while the second phase sees you overloading charge nodes to destroy the Wardog air support and escape. As usual, swarms of never-ending enemies pour into the fray constantly, allowing you to gun/melee them down and earn Aleph (the universes wonder resource, and source of most if not all of the conflict in the series) to supercharge your abilities or complete objectives.

In the second mission you’re tasked with raiding and destroying a convoy containing huge, grotesque, living containers of Aleph in an effort to thwart the Wardog war machine. It follows an extremely similar pattern to the previous mission; you overcharge the vents, blow up a container, move on. Enemies pour in, you shoot them until the objectives are complete, then move on the second phase. This time you have to keep an engine charged with Aleph until a timer runs out while enemies pour in, if they engine runs out of juice its mission over, if you keep it charged until the timer runs out you win. 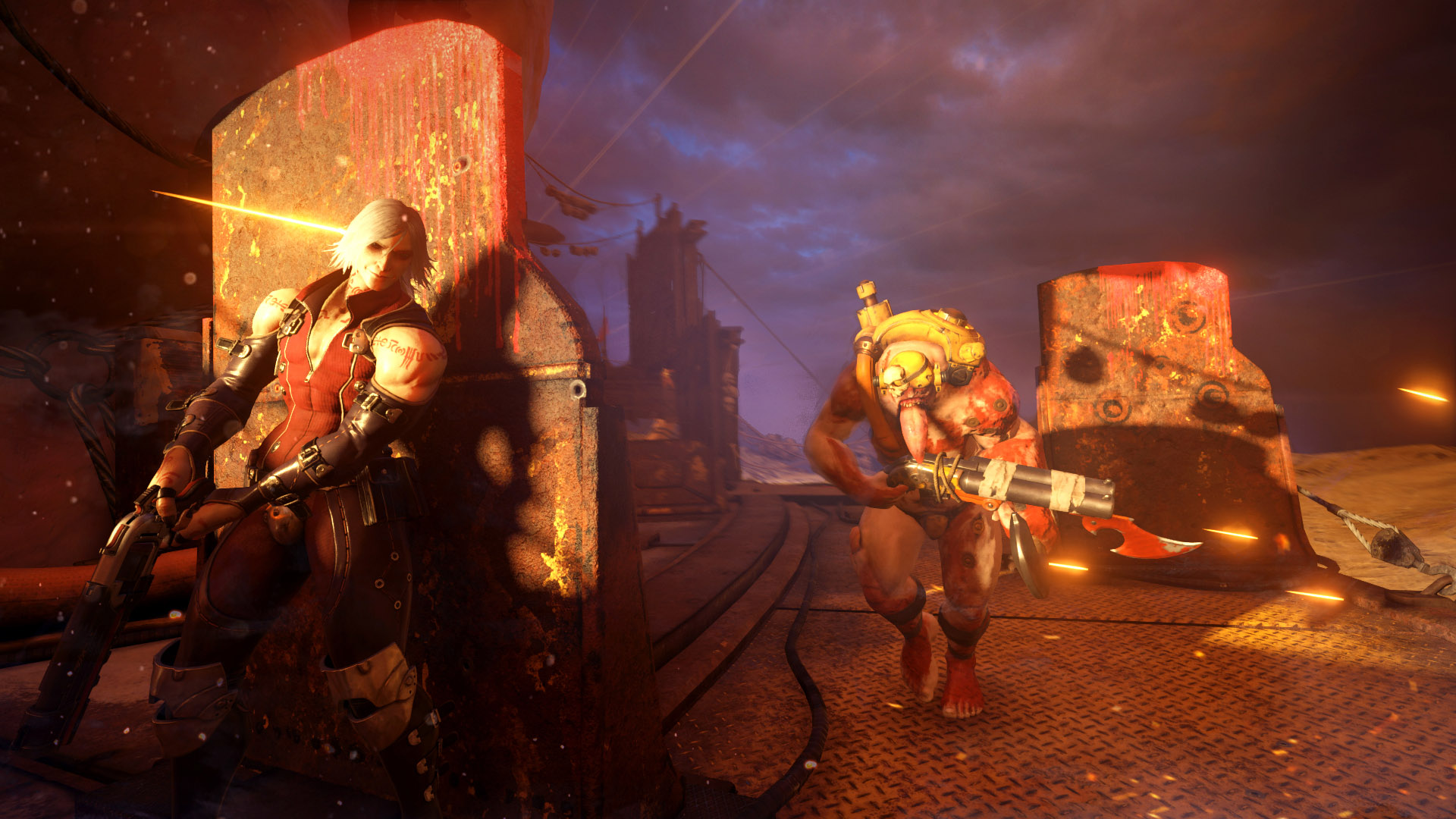 Third mission is slightly different, but still ultimately a case of charge something until a timer runs out while enemies pour in. Fourth and final mission is more of the same charge something up scenario, but this time you are doing it to kill a boss; the hilariously named General Marmalade. The whole thing can be beaten in a couple of hours which is a little underwhelming and brings me to what has really started to bug me about the series; the grind.

Aside from Loaht, there are FOUR new playable characters added to the game. Reading the Bios available, they look pretty decent and flavourful and would probably add a huge amount of replayability to the game. I wouldn’t know however, because they are locked behind some insane paywalls. Just to explain for those who didn’t read my previous review, at the end of each mission you are awarded one of three currencies; faction points, character points and gold. There is also the chance that a random weapon blueprint will be unlocked, and you can choose whatever reward you want. The trouble is, if two or more people pick the same reward, they share it evenly, or in the case of the weapon blueprint, a roulette style spinner decides who it is awarded to. Faction and character points are used to buy perks at random for your characters, and gold is used to actually buy them. The most gold I saw awarded at the end of a mission was about nine thousand (and that was a hefty amount in comparison to the average), the new characters cost between a hundred and a hundred and fifty thousand gold. 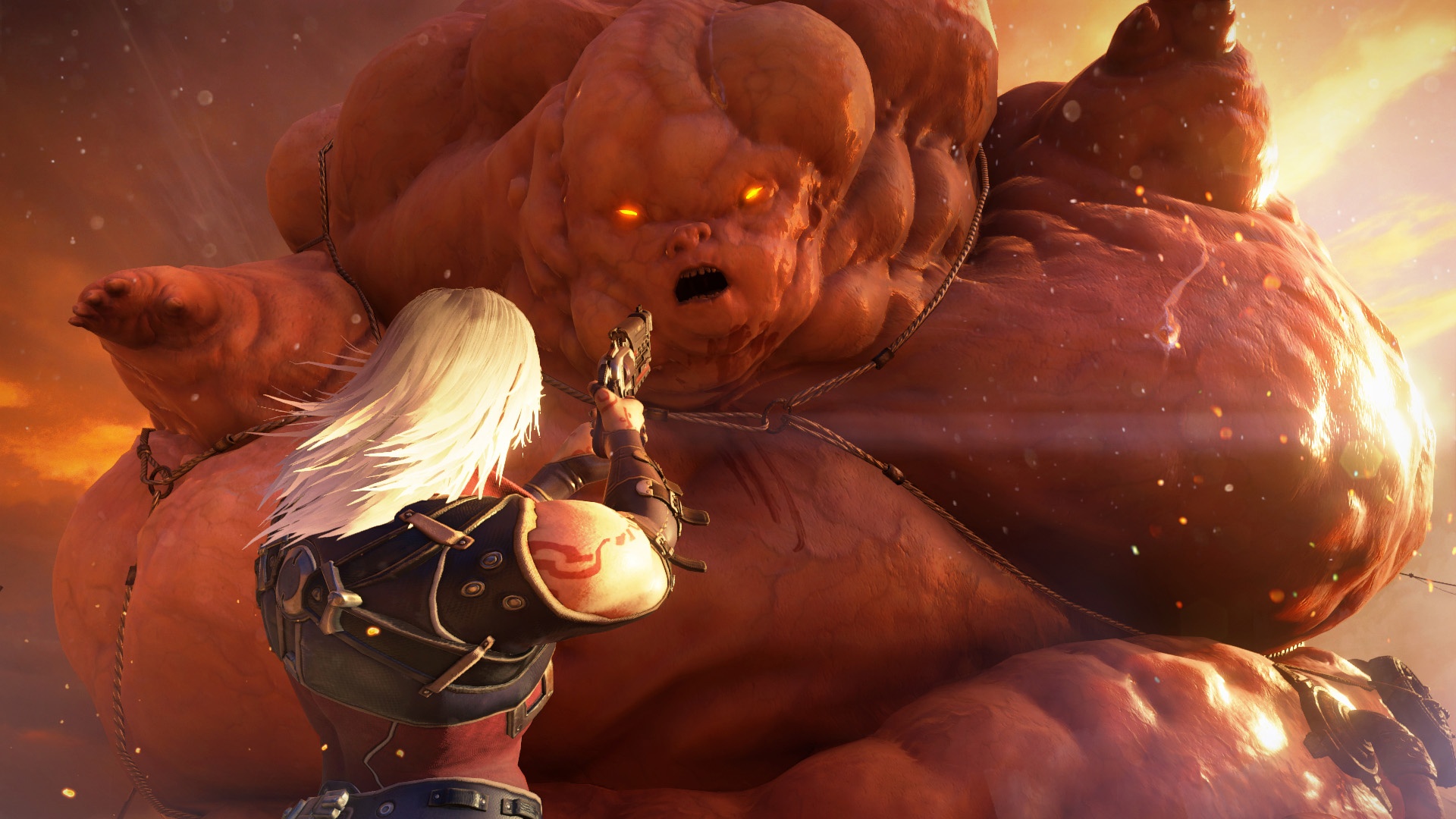 Realistically you are going to have to grind through the same eight levels between twenty and thirty times just to grab a new character to play as, and by that time what would be the point? Sure you could just spend real-world money if you wanted, but the most expensive character would cost you forty-eight quid. I’ll let that sink in for a minute. Forty-eight quid for a single character in an episodic game. It’s a gyp and it annoys me. As for the sweet new weapons? they aren’t as bad gold wise, but they do all now require you to have a certain rank as the Antagonist, which is just painfully infuriating. I tried to play as the antagonist a few times and had to rage quit every time. It’s just stupid and pointless and unfair and I hate it. ITS FOUR VERSUS ONE! HOW IS THAT FAIR? Seriously, playing with the antagonist basically turns the game into a massive slog of who can melee kill the other first. I might be talking with sour grapes in my mouth, but with four people all spamming the melee buttons at you as soon as they see you, things get salty pretty quickly. Guess I’ll be sticking with the basic weapons then.

So there you have it. I honestly feel like there was a lot of wasted potential with the second episode. Alien Myths was quite intriguing and fun to play to an extent. Wardog Fury sadly feels strained and repetitive. The new characters are only available after a hell of a grind, and as usual Antagonist mode can suck a bag of dicks. It’s a shame, because The Raiders Of The Broken Planet has such a strong cast of characters and enemies, the character models are all great on both sides, and the aesthetics of the planet itself are really cool. It just gets a bit same-y.