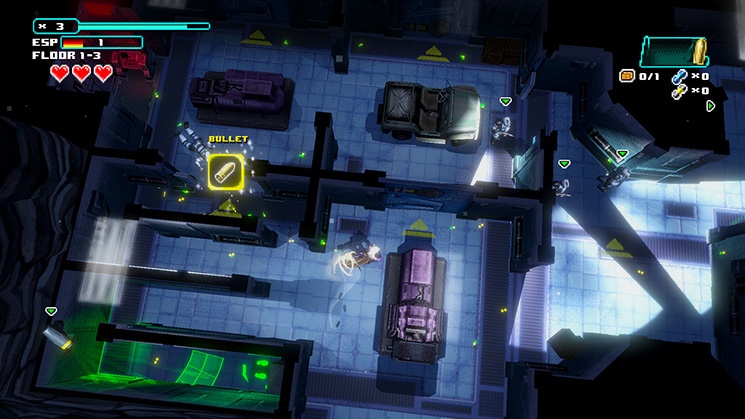 There is something so delicious about camp that I can’t quite put my finger on. When anything – a game, a movie, a play – is over the top and completely dedicated to encapsulating an idea or trope to the point of supersaturation, it’s fantastic and hysterical. It’s the act of being able to not take yourself too seriously while insisting that you’re taking things seriously. That’s precisely how I felt about the setup and story of Never Stop Sneakin’, and it’s balanced out so nicely by one of the most successful and interesting gameplay setups that I’ve encountered recently.

The story of Never Stop Sneakin’ focuses around the kidnapping of every single president ever by Amadeus Guildenstern, who was president himself for 35 minutes back in 1945. I couldn’t find any evidence that this is a real person, but dammit did I ever want it to be. Anyways, he’s got a time machine, kidnapped every president, and now is holding ransom with the demand to be president again. He’s assisted by his Executives of Evil, which is just another brilliant name, and you, Agent, must sneak in and save the presidents while also destroying everything that’s between you and Amadeus himself. Oh, and you gotta do it quietly: this is a stealth game, after all. 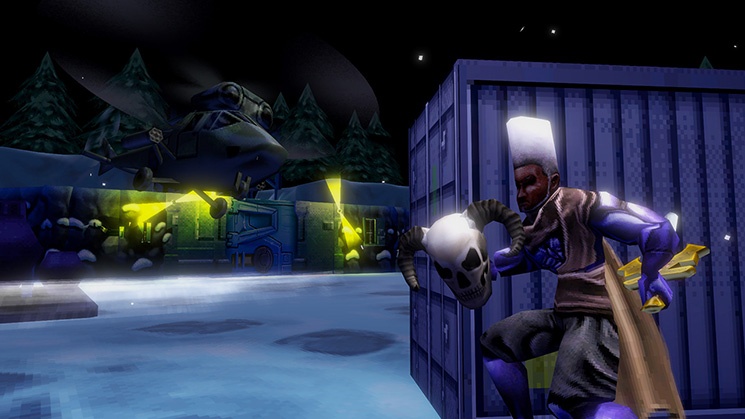 If you haven’t already fallen in love with the premise, take a listen to the soundtrack more closely and realize that Humble Hearts has worked with Hyperduck to bring a titular track that sounds straight off of a Bond film. I couldn’t believe it, and it just made me love the game even more. Sure, the rest of the music is positively driving and fantastic all by itself, but between scenes and at the opening title, you can listen to the crooning description of what you need to do in order to make sure you aren’t caught. Brilliant.

Gameplay is a single joystick and that’s it. Agent moves between rooms and levels on his own two feet, and any/all action is completely automated. Sneak up behind someone and stab them when you get close. Were you spotted? Automatically snipe them from afar with perfect accuracy (as long as you have bullets). Or automatically drop a smoke grenade to hide your location and then commence to stabbing. You even automatically drop EMP bombs to disrupt laser sensors and turrets that might otherwise ruin your day. The closest thing you have to action in Never Stop Sneakin’ is literally to stop moving, which can sometimes trigger interactions with certain objects and panels, and is also the way that you fire some weapons. Otherwise, keep on moving and stabbing.

Stealth games, by and large, are ones of serious disinterest to me because of the careful, nuanced and borderline boring amounts of time you spend doing nothing. You have to wait so long to accomplish objectives and, more often than not, the whole process is undone because the light hit your shadow or you sneezed or something. Never Stop Sneakin’ takes everything about being careful and stealthy and basically detonates it. With a little planning and minimal trial and error, you FLY through levels, stabbing, shooting and looting like it’s a damn Payday 2 raid. I was almost amped up playing this game, but there were some gentle reminders that you still need to exercise some patience. A couple of bosses, for example, relied heavily on you hiding for a period of time before you could successfully land a blow. But there wasn’t anything that required serious thinking and analysis in order to deconstruct. Mostly it was “do I stab now or stab later?” In any case, the stabbing came, but maybe I had to grab a package first. 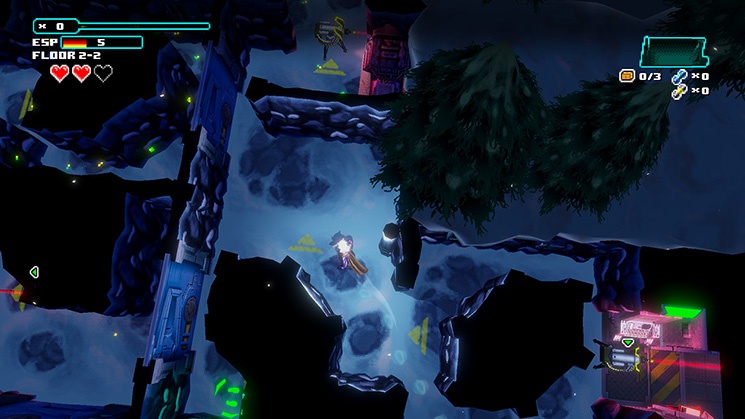 The only thing I didn’t totally care for was the artwork in the cutscenes. The voice over word and the script were amazing and fell into perfect sync with the “camp” that I had mentioned earlier: there were tons of dry jokes that were simply tossed out and left to die, one of my favorite approaches to humor. However, none of the characters moved their mouths during narration, resulting in a very creepy, sort of marionette display of dialogue that didn’t always make me feel right. Still, this was most likely a decision by Humble Hearts in terms of making the game move faster and not getting hung up on something silly like animating avatars when we could be more focused on grabbing more ESP and leveling up my base. The base leveling aspect was interesting enough, but didn’t pull a ton of focus compared to the missions themselves. Plus, any base upgrade that was contingent on money was a non-issue: players who simply took the time to explore each level would be up to their eyeballs in ESP before you knew it.

Top to bottom, I loved everything about Never Stop Sneakin’. I was honestly hesitant simply because I was never a huge fan of Dust, and everyone raves about that game, so I thought I would be disappointed here. But, instead, I was treated to a fast and furious stealth game, something I never would have imagined, and I’m a better person for it. This is currently a Switch exclusive, and I urge players to pick it up immediately to have something to enjoy during their flights back home for the holidays. Be sure to keep headphones on hand: you wanna enjoy every second of this game.