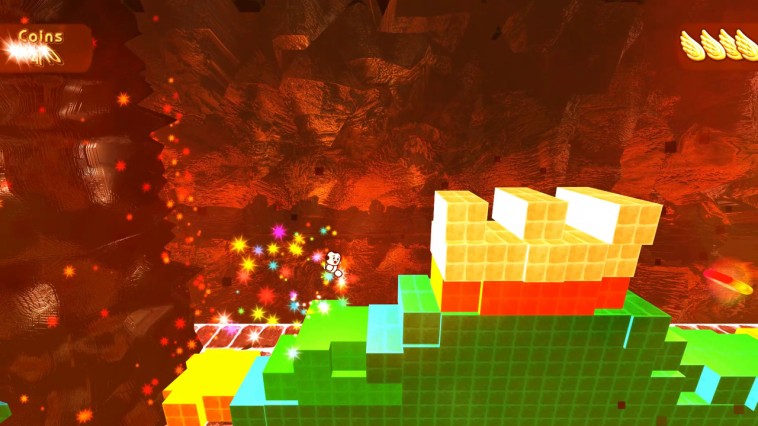 There’s nothing inherently wrong with being ambitious. Everyone is making video games these days, and we all have a different take on everything: otherwise we’d still all be playing the same variations of Asteroids, Pong and Mario Bros. And trying to put an original spin on things or introducing a bold new way to look at stuff makes the gaming sphere exciting and new each and every day. Take Puzzle Fighter, for example. Someone thought that having a gem-matching explosion game that incorporated characters from Street Fighter and Darkstalkers would be a good idea, and goddamn were they ever right. But sometimes you pollute the well by trying too hard to make everything different or unusual, and, in my opinion, that’s where Puzzle Box Maker goes wildly off the rails.

The base, first layer of gameplay makes sense, even if it’s ham handedly executed. You do pixel puzzles, one block at a time, trying to construct the outline that’s given to you. It’s a significantly less exciting version of Picross, but whatever, at least it’s something. You have a small pallet of colors to work with, and, at the end of building it, you get a certain number of coins for speed and accuracy, since it’s pretty easy to misclick and put down the wrong block. I’d like to also point out that the button configuration, though a touch confusing, is the best way to go about making the puzzles. Touch screen is an option that I actively discourage, because the inherent focus on handheld mode really cheapens the way the game comes across. However, as you’ll soon see, this is rendered entirely moot by the mad genius attempts of this game’s ambitions. 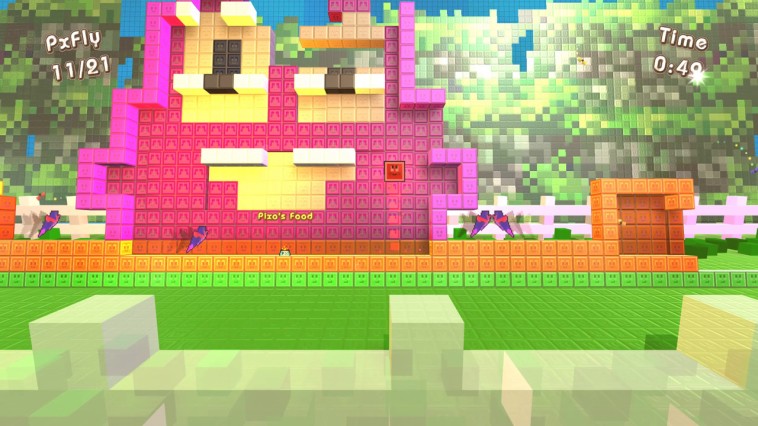 The painting itself also comes across in a couple of different styles and ideas, and I do have to give credit to Puzzle Box Maker for trying out something new in this regard. When you have static pictures, you’ve got to do a shadowbox “copycat” design which, arguably, is incredibly simple and goes very fast once you get the rhythm down. But there’s also “classic” mode which involves painting in a landscape as everything sidescrolls, speeding up and slowing down as you paint. These kinds of levels make a bit more sense for what follows, for once you’ve completed the very, very simple puzzle as it is, the real insanity begins.

The development team of Bplus probably recognized that there’s already a vast number of pixel art games on the Switch as it is, from the larger brands and names to indie groups and even mobile phone successes that want to try the console. So, instead of just focusing on the art, they decided to bake in a series of mini games that crop up as you finish the artwork, or even beforehand. These mini games are a pretty broad variety of ideas, and they definitely have different levels of success. One of them turns your pixel art portrait into a 2.5D platforming landscape, where you need to collect butterflies, take care of a puppy and avoid these creepy, uncomfortable looking purple demons that automatically murder you upon touch. You, as a smiling box mascot of some kind (named Kubi), can do this triple jump magic that doesn’t even come close to getting to the far spread platforms that might get made in the process of generating the level around your painting. If this sounds absolutely bonkers, good news: this is, easily, the best of the mini games.

There’s also a runner that only works on the landscape levels and suffers from the character being both slow and floaty with his jumps. It can be done in a fairly simple fashion compared to the platformer, but that, by no means, makes it easy. There’s a bomb type level where you have to use motion controls to navigate a 3D, top down version of the picture and get the coins and powerups before you explode, which is a hell of a lot more difficult than it sounds because, hey, bombs are ungainly.. And then there’s Claw. Claw is a nighmarish experience of trying to navigate a flying, undulating claw through the skies, picking up coins and bringing them back to the goal portal in order to win the level. The claw in question has the ability to move in any direction, but it can’t exactly aim it’s grasping mechanism, which can quickly result in missing the coins over and over while exploding from touching lethal gears. It would be one thing if it was just a matter of difficulty, but these mini games seem chosen at random for the pixel pictures, and can create unwinnable scenarios. One of the very first levels I tried was designed by the developers, but I still managed to shove a coin into a little crevice where the claw could not reach. Ultimately, I had to restart the level and write the whole thing off as a loss. 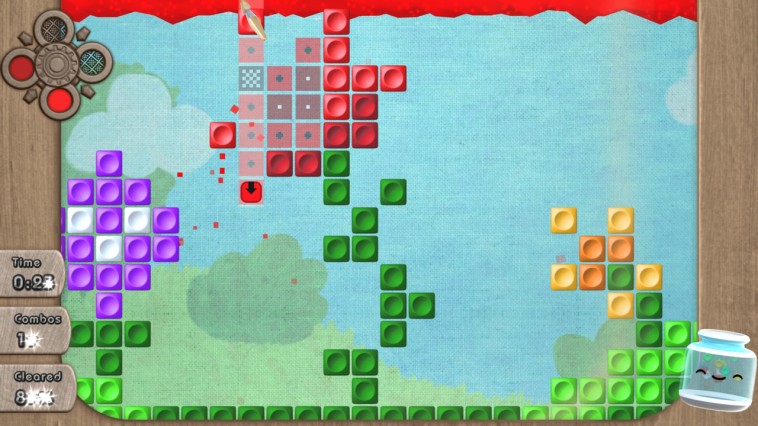 Now, if you end up enjoying this, Puzzle Box Maker has a metric ton of replay value baked in. For one, you are able to design your own pictures and levels, which is always something that inventive players appreciate, and the interface is…well, pretty sparse, if we’re being honest. The focus on the blank canvas can seem daunting to players who aren’t intuitively drawn to empty space, though I imagine it’s a creative goldmine for people who already have a pixel dream in mind. Once you complete the artwork, mini games are automatically assigned to it, and they often match up well with the design (although, as I mentioned earlier, the Claw seems to be for nobody at no time). Additionally, completed art can be uploaded to the online server and shared with others, and you can download their works as well. Player creation is always something to behold, and it’s pretty inspirational that there’s a fair amount of user content available already. If that’s your jam, you’re gonna love how things play out online with this game.

Puzzle Box Maker is on the pricier side of creation software, but there is a lot to is once you get past the flashy and childish appearing introduction. There’s plenty of room for pixel creativity, and the mini games are certainly original, if not always my cup of tea. A ton of art is available right from the very beginning, and unlocking additional pieces is incredibly simple, as long as you don’t mind playing and having a go at the mini games. This may not be my favorite pixel art game on the Switch, but there’s certainly points here for having a new take on a well trodden road.