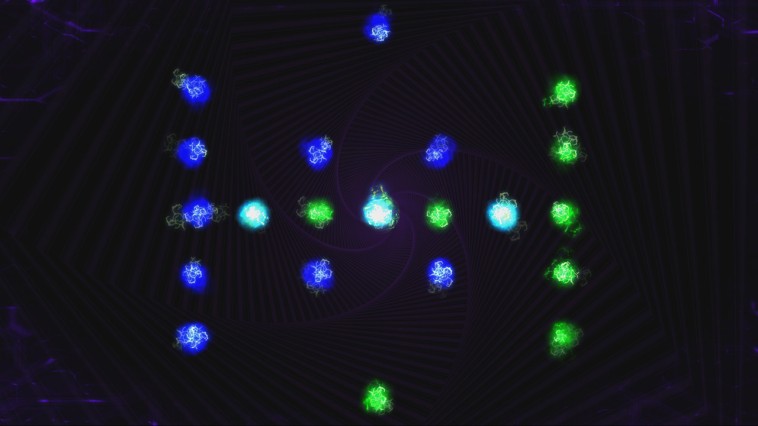 It’s becoming pretty clear that puzzle games, especially simple puzzle games, have been flocking to the Nintendo Switch in droves recently, and I think I’ve finally figured out why. You see, for a lot of people, when they think “console,” they think of larger and bigger titles that demand time, attention and serious dedication in the realm of input by both players and developers alike. But the Switch, being a mobile console, sometimes attracts a different sort of creator who hears “mobile” and thinks it’s the perfect place to set up shop with their smaller titles, hoping to grab the eye of those lonely and bored time wasters. However, the Switch’s marketplace is already growing by leaps and bounds, and there are hundreds of titles now available, filling a full range of quality. I’ve enjoyed several puzzle games on the Switch already, and I do get and support the appeal of kicking back and playing something a little less story and action intense, but you gotta walk a fine line. For development team Sometimes You, I think that line needs to be more clearly defined, especially with the release of Energy Cycle.

Energy Cycle is a totally story-less game that simply gives you the jist of what needs to be done (turn all the lights to the same color) and then lets you run wild with whatever scenarios the levels present. Right away, you’ll be struck by how simple and clunky the splash screen is, almost like it was thrown together in Microsoft Paint the night before launch. Strangely, the icon for the game tells a totally different story, as the dynamic electrical cat mascot (who shows up in other Sometimes You games) seems to leap out and rush at you with nary a second thought. This is something developers need to be more and more aware of in terms of bringing a game to the Switch: we’ve already seen more popular games, such as Steamworld Dig 2 and Lego Worlds, scramble back to the server to upload a new build because fans hated the icon so much. I have no idea if Heroes of the Monkey Tavern ever got their stuff together, because that was holding my personal title of Worst Icon on the Switch. So, when Energy Cycle promises me some kind of bounding adventure with the logo and then delivers a simple color change game, I get a little miffed. 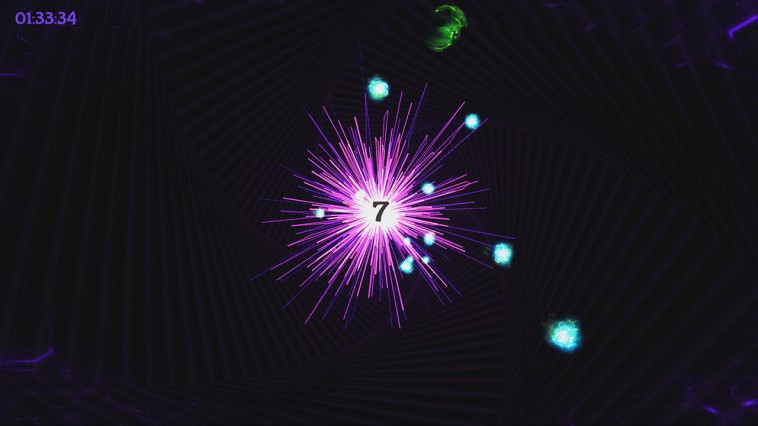 As for the key game itself, I really already explained it, but here we go again. Basically, you have a grid of colors that can come in any manner of straight lines: vertical, horizontal, uh…slightly parallel to other lines…you know, lines. And they’re all different colors. When you tap on a line, it changes the color (or click on it with a button, but why are you doing that to yourself?). Lines that intersect will also change color at the intersecting point, so what unfolds next really dictates what kind of player you are. If you’re a methodical and logical kind of gamer, you’re going to sit there, look at the way the colors cycle (ahhh, I get the title!) and then toggle the fewest number of times in order to get to where you want. This is a great, Rubik’s Cube style approach that will make the time fly by and might even be fun and stimulating. However, if you’re the kind of gamer who really wishes this game would do something, you’ll just madly cycle through things as fast as you can, changing lanes at random until you happen upon the solution completely by accident. I think of this as the Shakespearean Monkey approach, and it’s only slightly less successful than the “thoughtful” approach.

Here’s where I take issue with the game as a whole. Once I think I’ve gotten the solution hammered out in my mind, it’s very difficult to convince your own brain that it’s wrong. And accepting that your first idea may not have been correct is the only way to survive past the first couple of stages, because the answer is never as easy as it appears. More often than not, you need to examine the whole chain reaction of intersecting lines all the way back to the very first one, and there’s a chance you’ll need to quit, restart and re-examine the puzzle with fresh eyes. Frustrating isn’t the right word to describe the experience, and aggravating feels too aggressive, but the end result is me putting down my Switch, walking away, and not coming back for a couple hours because the bar down on Grafton Street doesn’t close till 2 AM and I’m out of beer. It’s not something where you feel smart or satisfied when you finally figure out the solution. It’s a feeling akin to just saying “Fine, it’s a word, give yourself 20 points” in Scrabble rather than argue another ten minutes with your friend who is clearly wrong but won’t admit it. It’s bending your own logical sense to the rules of another person’s perception of reality, and that ruins the whole fun of it. 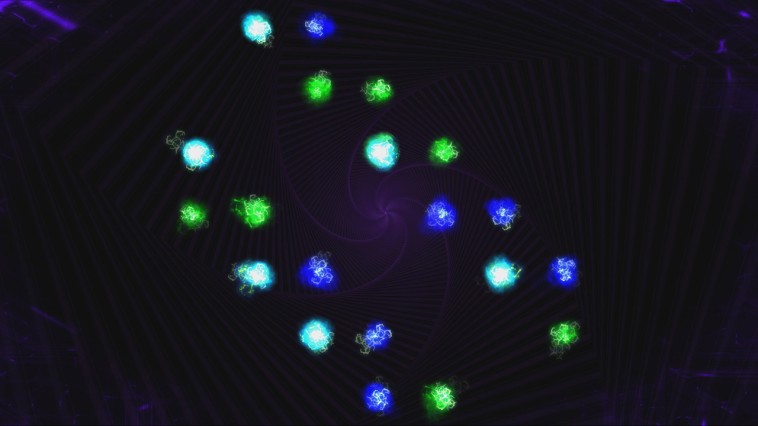 In all honestly, Energy Cycle does have a nifty approach to the genre, giving the entire game this feeling of operating within a glitch in the system. The way the screen appears broken and distorted at the beginning of each stage adds to this spiffy little cyberpunk idea, and the music is something that I’m really digging in terms of being mind attacking. It’s like a weird blend of genres, somewhere between electronic and tribal, and reminds me slightly of the awesome music that I encountered within Green Game: Timeswapper. If there’s something that does elevate a mediocre gaming experience, it’s actually having music that fits the mood and attitude of what’s happening around you. Far too often you end up with puzzle games and casual match 3 titles that have this generic, bubblegum techno that just serves to cheerlead you through mindless actions, and Energy Cycle doesn’t do that. It gives you something to work with, aurally, that keeps you focused and on task with what you’re trying to do.

And, if this ends up being the itch you desperately want to scratch, then I have great news: there’s a TON of it. 28 initial puzzles, plus time attack and an endless mode that just sucks you deeper and deeper into the madness. If you were seriously a fan of the Lights Out style of handheld game that got popular in the 90s, then grab endless mode and just dive on in. There’s something to see here, and it’s colorful, swirly and probably a lot more fun than my own time with it, but Energy Cycle is, in the kindest words, not for me. Take a gander at the trailer and then flip a coin on whether you wanna give Nintendo three bucks for this. I’d recommend getting a tallboy instead, but, then again, I’m an idiot.