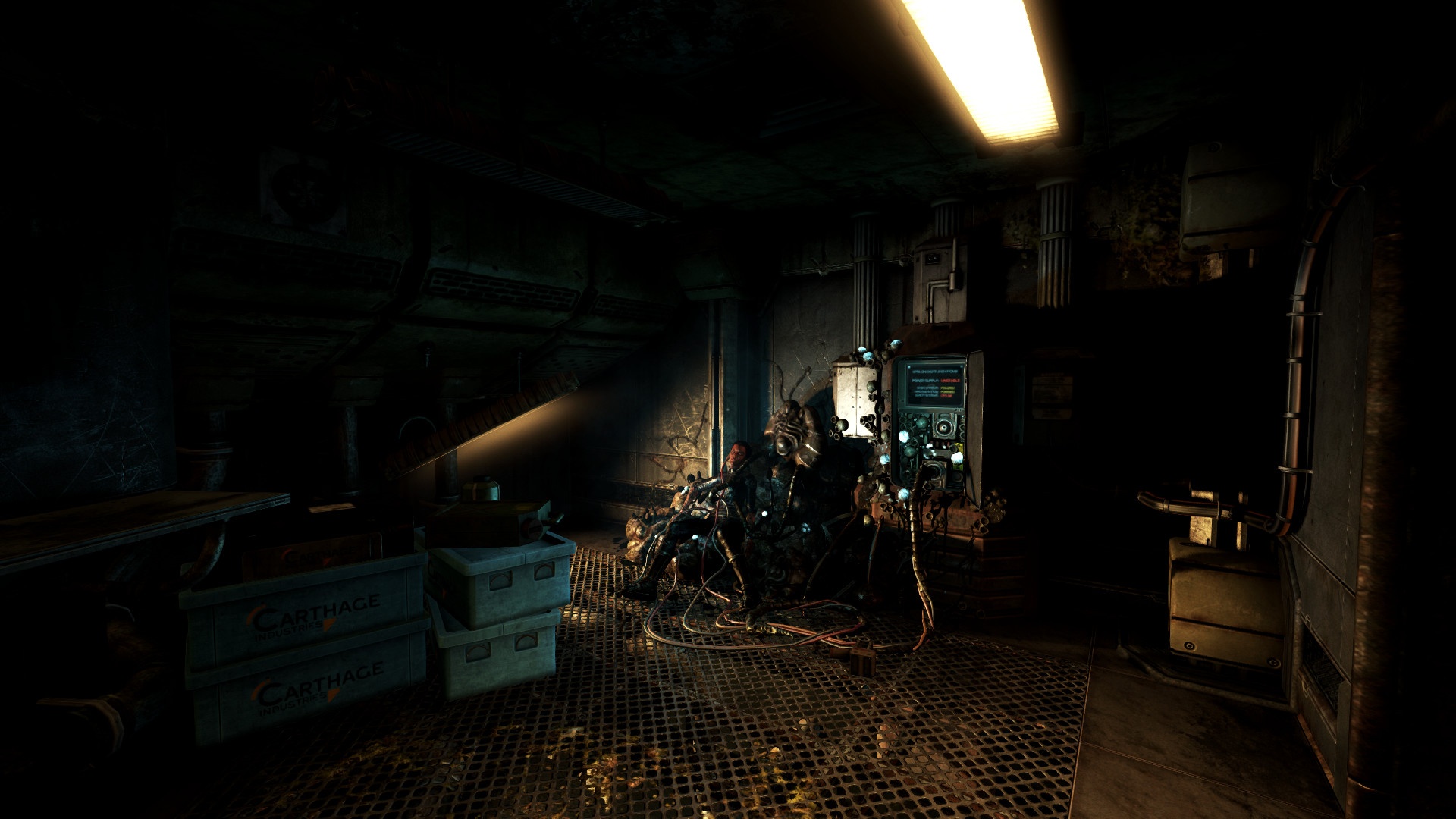 As we draw the curtain on 2017, it’s fitting that Frictional Games’s survival puzzler, Soma, should be the last truly great game of the year. And what a game it is. With store shelves bursting with thousands of generic shooters, vanilla flavoured RPG’s and mind numbing racers jostling for position,  Soma enters the arena with the promise of something unexpected and new. Something every gamer should experience at least once. Many, many moons ago we played a couple of games called Riven and Myst that, together,  took us to the very pinnacle of the puzzle genre and made us giddy when we looked down to see how far we’d come.  Soma does just that.  Exploring esoteric themes such as perception, consciousness, life, death and reality, Soma challenges the gamer in a way that is both refreshing and rewarding.

Positioning itself as a survival-horror-puzzler, Soma casts you in the role of Simon Jarrett, a man who has sustained what doctors fear could be terminal brain injuries after a horrific car crash.  Simon’s last hope is to volunteer himself for a brain scan which, should all go well, could provide some clues as to how he can be healed. However,  minutes after starting the scan, everything blacks out.  Simon awakes to find himself in a dark, ominous underwater facility called Pathos II that has long been abandoned by its inhabitants. Pathos II is now home to unmentionable creatures that will hunt you down and kill you if you’re not smart and quick thinking. Unlike many other survival horror games, Soma gives you no weapons. No ammo. No knives.  Instead you have to rely completely on your ability to solve puzzles which will help you open doors and navigate your way through the complex. When confronted by enemies, your only hope is to sneak past them rather than risk a head on confrontation. The horrors of Pathos II are usually oblivious to your presence unless you alert them. And when you do, it’s usually lights out for Simon.  Think The Borg of Star Trek and you’re half way there. 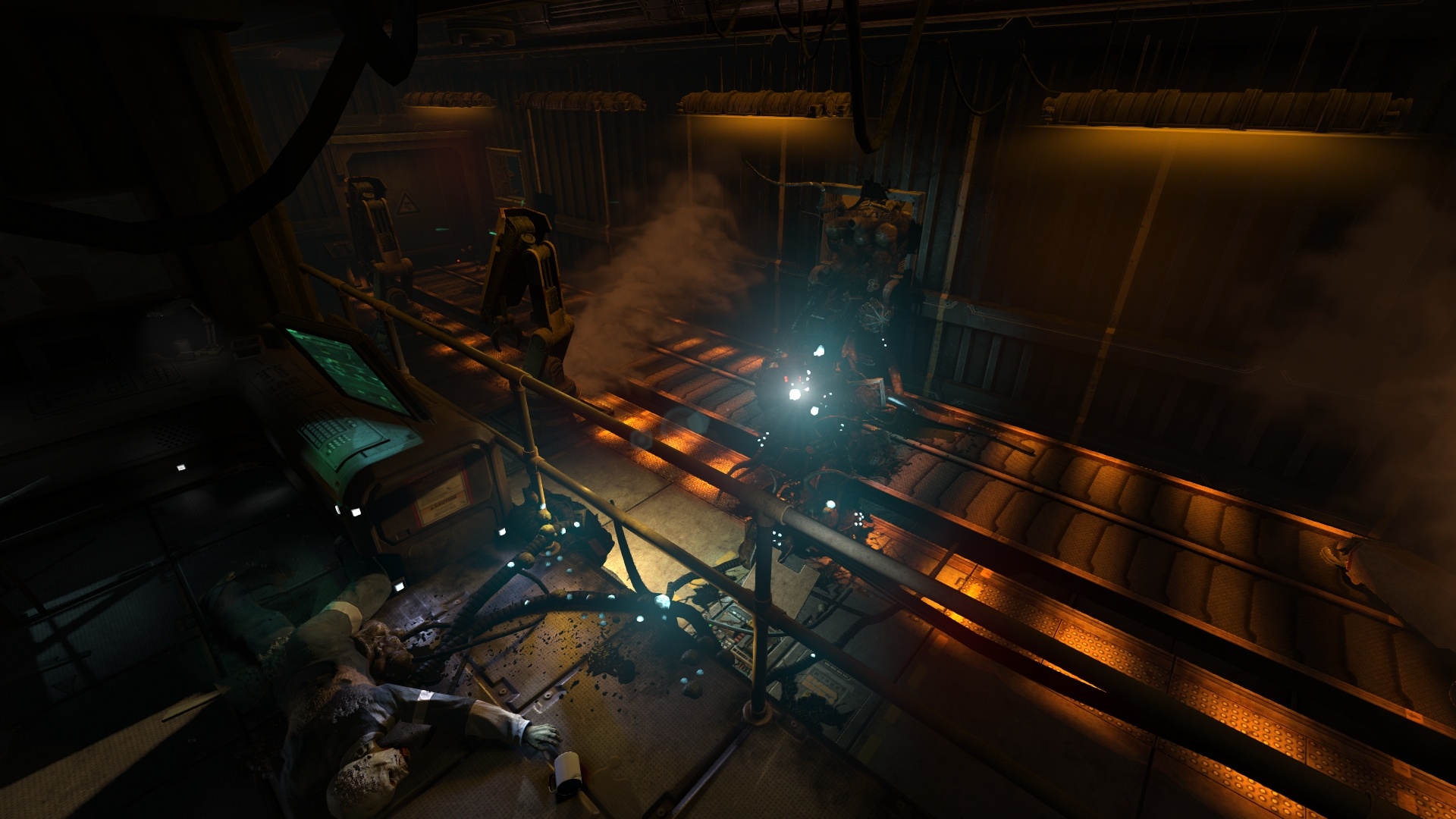 It’s worth noting that Soma is mercifully quite forgiving once you die.  You simply wake up in the same place and, with the creature that killed you still nearby,  you must try again to get past it. Excellent. This forgiving aspect of Soma is balanced with the fact that there is zero hand holding in this game.  There are no way points,  objective markers, hint systems or fairy godmothers you can rely on to help you when you’re stuck.  It’s all down to your initiative. During the first hour or so of playing through Soma we thought that the fact that pretty much everything could be interacted with was something of a godsend. Eventually, it dawned on us that this was a curse as much as a blessing.  With almost everything being interactive, it meant that there were no easy clues as to what you could use or what you couldn’t. Soma is all about paying attention to your environment,  working things out for yourself and trying as many combinations as possible.  If the thought of this horrifies you,  then Soma definitely isn’t the game for you.

Graphically, Soma is a treat to behold. Frictional Games have long established themselves as masters of atmospheric horror and Soma is the studios crowning glory. With character models being few and far between,  the game surpasses itself in its recreation of a dead underwater complex that once heaved with life and ceaseless activity.  Everywhere there are signs that this facility was once home to real people who did their laundry, read emails,  shopped, cooked and loved.  Now there’s nothing.  Except the dark. And death.  The fact that there are no way points means that you’ll spend a lot of time exploring on foot and every inch of Soma immerses you in its dark menacing atmosphere. 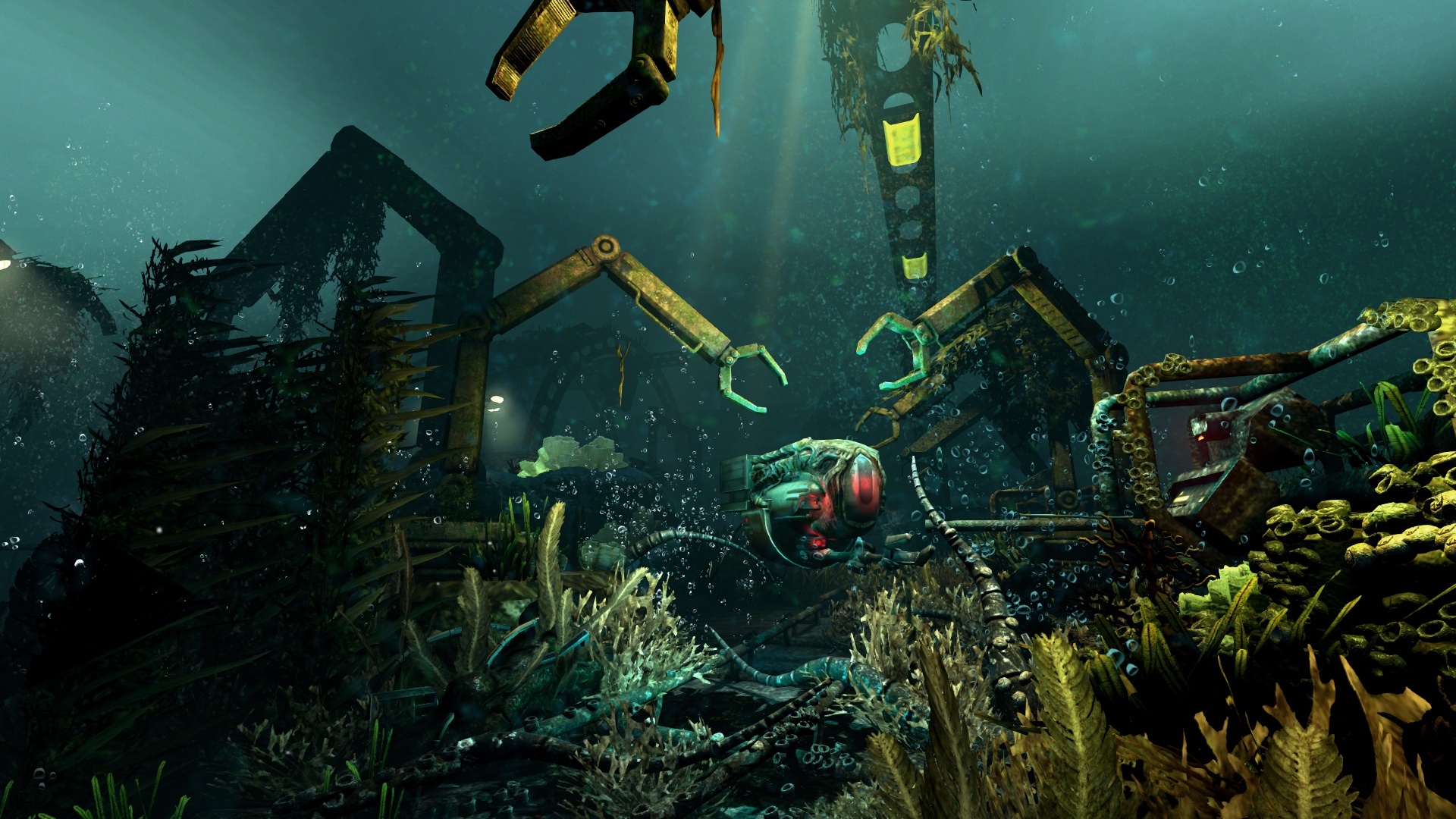 The games audio perfectly matches the sombre surroundings.  What little music there is, is used to punctuate important moments in the game. Other than that, Soma draws you in with the sound of gently humming generators, crackling electricity cables and the sound of your own movements as you make your way through the underwater facility.  The voice acting is of triple A quality and Simon immediately establishes himself as a real person with a very healthy fear of death and the unknown.

Without risking spoiling the games surprises, it’s fair to say that Soma has some of the most morally and ethically challenging moments we’ve ever experienced in a game.  Some of the decisions you’ll have to make will have you sitting in your chair and thinking long after you’ve switched your console off.

If we had any niggles with the game, it has to be with the fairly long loading times and minor frame rate issues. But none of this takes away from what is a very unique and special gaming experience. Highly recommended.