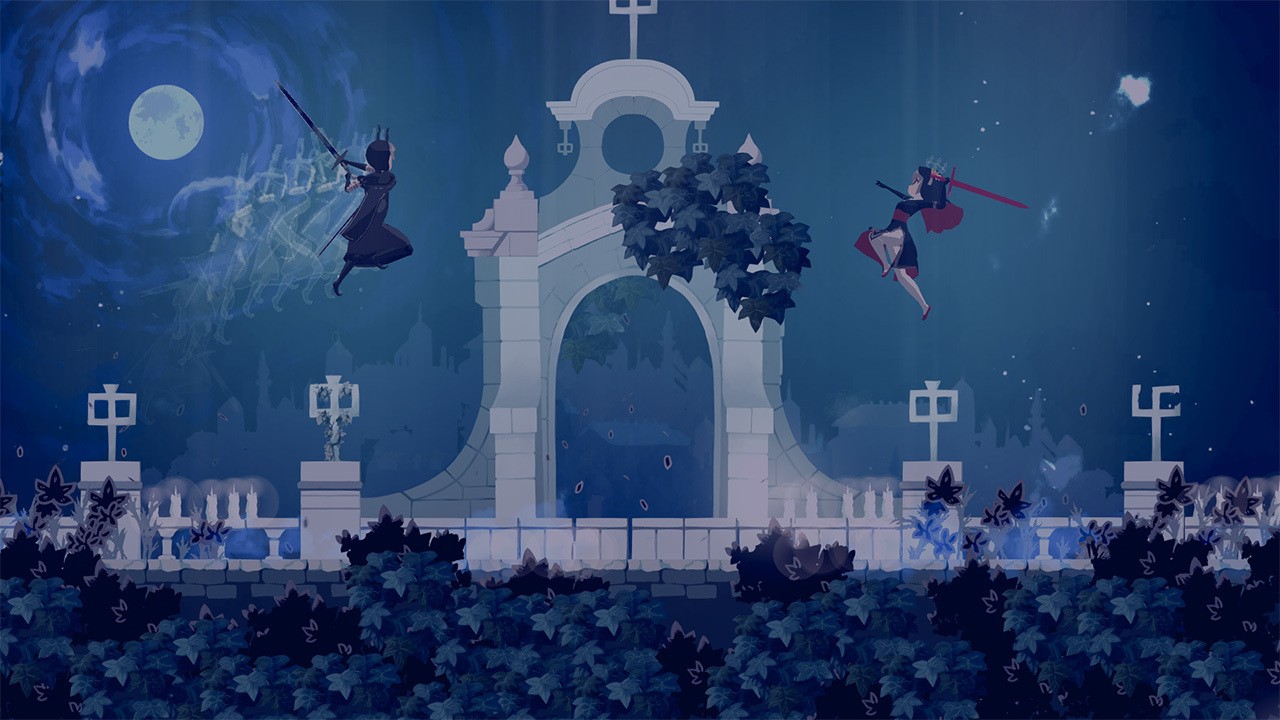 Bombservice has such a complex, almost sad story behind their development. You see them developing their Momodora series, and the games just keep getting better and better, sometimes changing genres entirely but always moving forward. Momodora III is a hugely underrated title, playing like a massively unforgiving Mega Man with an otherworldly story and amazing level design. Momodora: Reverie Under the Moonlight was a massive hit, creating new fans in legions around the globe and drawing critical and commercial acclaim. The combat,the metrovania exploration, the creature and character design…it was all phenomenal. So when Bombservice announced their new sequel, fans were salivating right up until they saw it. It was in 3D. It was a more open concept and visual, a bit polygonal. And the majority hated it and made their views known. The dev was shocked at the vitriol his work generated, so the project was pulled out of the public limelight, and Bombservice quietly ended up changing publishers. Now a new project has come forward, one that has nothing to do with Momodora or the sequel (which is still being created, by the way). Taking some ideas to task, Bombservice, aided by Dangen Entertainment, brings us Minoria, and the effect, while different, is somewhat lacking in a big way.

Story has never been a problem for Bombservice, and Minoria is no different. Inspired and set in an alternate medieval Europe in a land called Ramezia, it is a time of religious fervour clashing with dark magics, in a period called only the Fourth Witch War. The Sacred Office, a powerful organization within the church, seeks to purge heretics and wizards, utilizing the skilful, lethal talents of their members in order to bring about purity and goodness to the land. Sister Semilla is tasked with eliminating the witch menace, and it seems that her position is at an all time necessity.The Coven is becoming too powerful, and soon Semilla is faced with protecting someone who is not only for the good of the people, but the world. The future is muddled and grim, but Semilla must do what is right and find the correct guidance and direction to bring a brighter future to Ramezia: otherwise, there may be no future.

Bombservice has never had a problem with worldbuilding, and that’s one of the most front and centre ideas within Minoria. It’s positively astounding how this metrovania platform action game can incorporate so much detail about the history and ideals of Ramezia, despite us having never heard of it before. You believe that this is the Fourth Witch War because there is so much evidence strewn about the landscape of the previous wars. The character interaction, both between protagonists, antagonists and middling NPCs, is believable, with dialogue that feels natural and period appropriate (based on what we can gather about the supposed era). I love the fact that, amid this frantic world full of darkness and evil, I felt like I was getting a lesson in what important factions and figures I should know about without anyone monologing me to death. It was impressive, and I was sucked into the realm of Minoria fairly quickly. 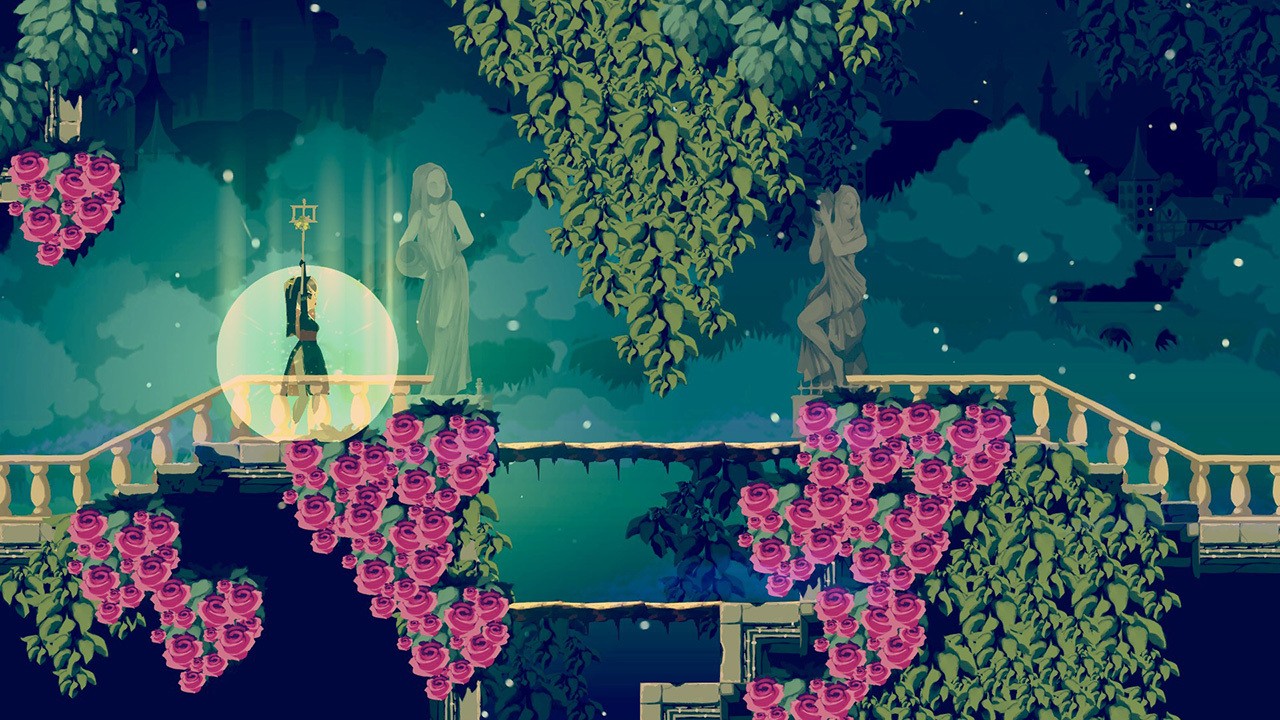 Additionally, there are some solid steps forward for the formula that Bombservice is constantly perfecting. The tone that we see in Minoria rings solid throughout, even as we traverse into different areas and regions. Moving from inside the city walls out into the forest gave some small notes of Reverie Under the Moonlight, but not enough to feel like we were aping previous assets or concepts. Instead, there was this saturation that lay over everything within the game, giving the proper feeling and atmosphere of foreboding and fear even when things looked brighter and sunnier. At no point was I unplugged from the gothic feeling: it was a constant, and it worked in spades to keep me engaged with the tasks of Semilla and what the Sister in her ear was constantly informing and updating her about.

Minoria takes some chances by having a bit of an RPG/customization feel to the game, and it both works and doesn’t work. A lot of players have become spoiled by what it means to level up: you get a new chance to invent the character in a direction that you want, dumping stat points into a particular field or improving one skill that you want to master before anything else. That’s not really the case with Minoria, as getting EXP and levelling up just feels like a happenstance rather than an accomplishment. You’ve gotten to the next level as your character, congratulations. You might hit harder or your skills might do a bit better, but you won’t really know because new weapons and new skills appear at set intervals to muddle the feat of getting your character leveled up. I think I would have preferred some kind of divide that made the event feel more meaningful rather than just “level up” in the middle of a fight.

Speaking of equipping and skills, Minoria is definitely a push when it comes to how things go versus how they went in Bombservice’s previous title. There are more skills, which I think is phenomenal, and more weapons, but they also feel more like a given than a customization. Instead of saying “should I go A or B?” it feels more like “Well, got B now, no reason to ever go back to A.” Again, it’s a lot of forward motion with options to go backwards, and there is a bit of tweaking in terms of deciding if you’re a defensive Sister (healing skills) or offensive (attack skills), but that’s fairly paltry in comparison to everything else. 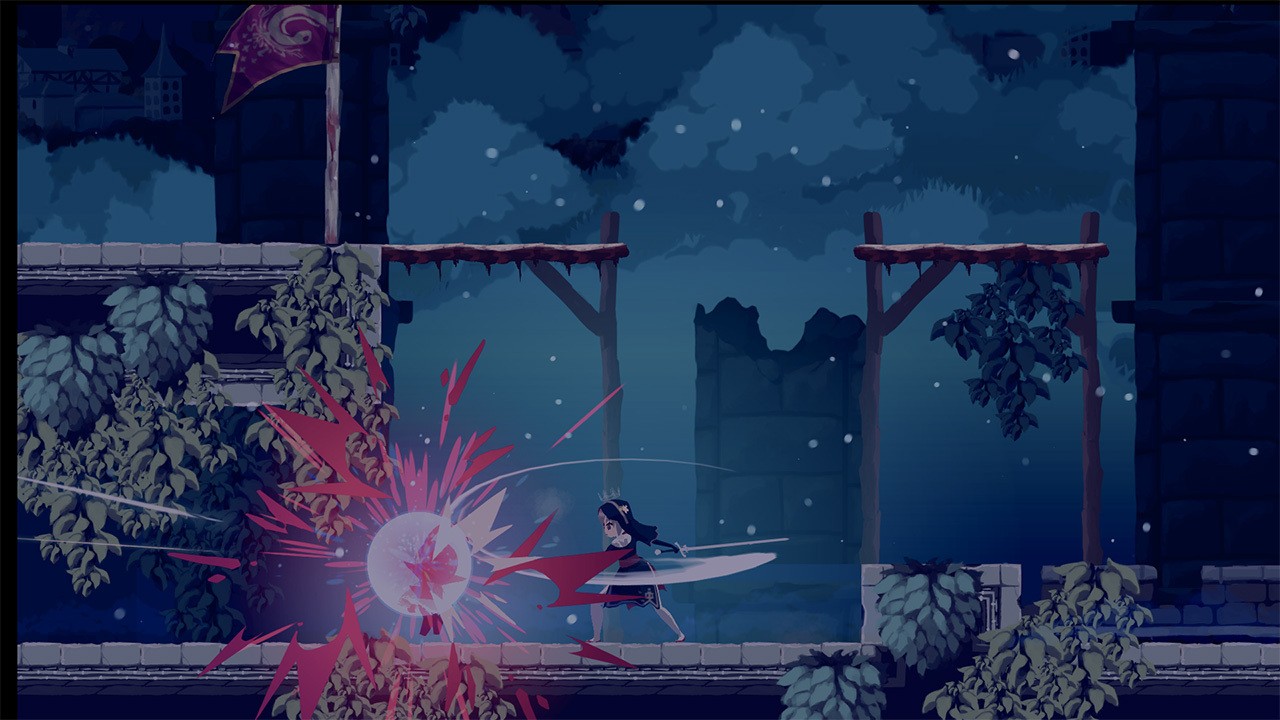 What makes a player second guess themselves is the fact that Minoria doesn’t play nearly as well as Reverie Under the Moonlight did. While the last Momodora game was pixel based and, as such, a slightly less demanding canvas, the performance was phenomenal, and Kaho moved, rolled, jumped and attacked with this lightning precision that made players take notice. By comparison, Semilla looks better in a more modern, 3D style, but her actions are stiffer, and more janky. She looks incredibly wooden when she runs, and the tuck and roll feels more like her doing a schoolyard acrobatic trick than something combative and life saving. Her swings feel like they’re missing animations, and you just go from here to there with some missing action in between.

Also, some of the grandeur is gone. There are plenty of good bosses in Minoria, like the Witch Parushee, but that’s the problem: they’re just good. With Momodora, players had to get ready for a ton of death as they worked out attack patterns and dealt with larger-than-life entities that also were quicksilver and deadly. Most of the bosses within Minoria are the same pattern of parry, dodge and hit over and over, with some minor breakups where you then have to…dodge and parry. It’s flat, and it’s damn sad because I know what I’ve seen before. Perhaps there’s some fear in making a game that’s not Momodora, and it results in some subpart presentation, but that’s a damn shame. The world of Minoria is really cool, and the levels are well designed and give the right sensation. Yet there’s something missing, some kind of hunger or gumption that makes this game go the extra mile, resulting in an experience that’s relatively short, flat, and memorable only in the most simple of ideas.

I’m not saying to avoid Minoria: there’s a wide swath of games that are utterly trash and significantly worse, and Minoria has promise and interest. Yet there’s just no hook, no bite: it’s all chips and no salsa. If you’re hungry for a decent combat system inside a slightly mechanical setup, then dive right in. But if you were hoping for the next Momodora, there’s a reason this doesn’t share the name: because this ain’t Momodora.

It looks good, it sounds good, it should be good…but all Minoria can muster is “good.”