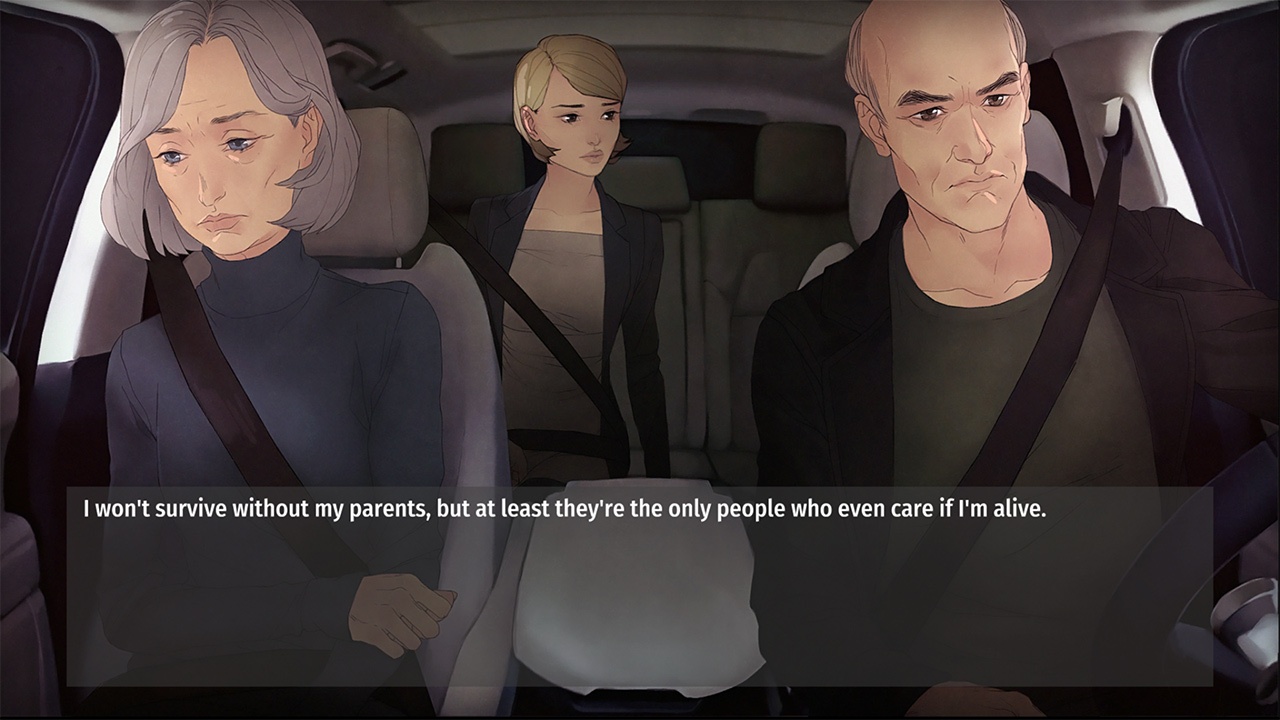 Little Red Lie has given me a lot to think about. When you begin, you’re subjected to a few personal questions, should you choose to answer them. The one that gave me the most pause was, “Would you rather commit suicide than live in poverty?” I chose life, but to those who would rather die… what would be the outcome or Nora’s story then?

This is a game in the same vein of Artificial Sunlight–a text based journey that changes you over the course of its unfolding. When I read about the game’s premise, I was intrigued: lie your way through social interactions? Sign me up. What I didn’t realize was that the two characters your point of view switches between–polar opposites Nora, a very poor woman, and Arthur, a very rich man–are always lying to others through no input of your own. The dialogue options, if they can be called that, reveal what the character is really thinking, while the dialogue that follows is comprised of the truths and untruths they tell, the latter of which is helpfully highlighted in red. It doesn’t seem to make a difference which of three option you choose; they simply act as three thoughts related to how your character really feels about what is going on or what is being said. 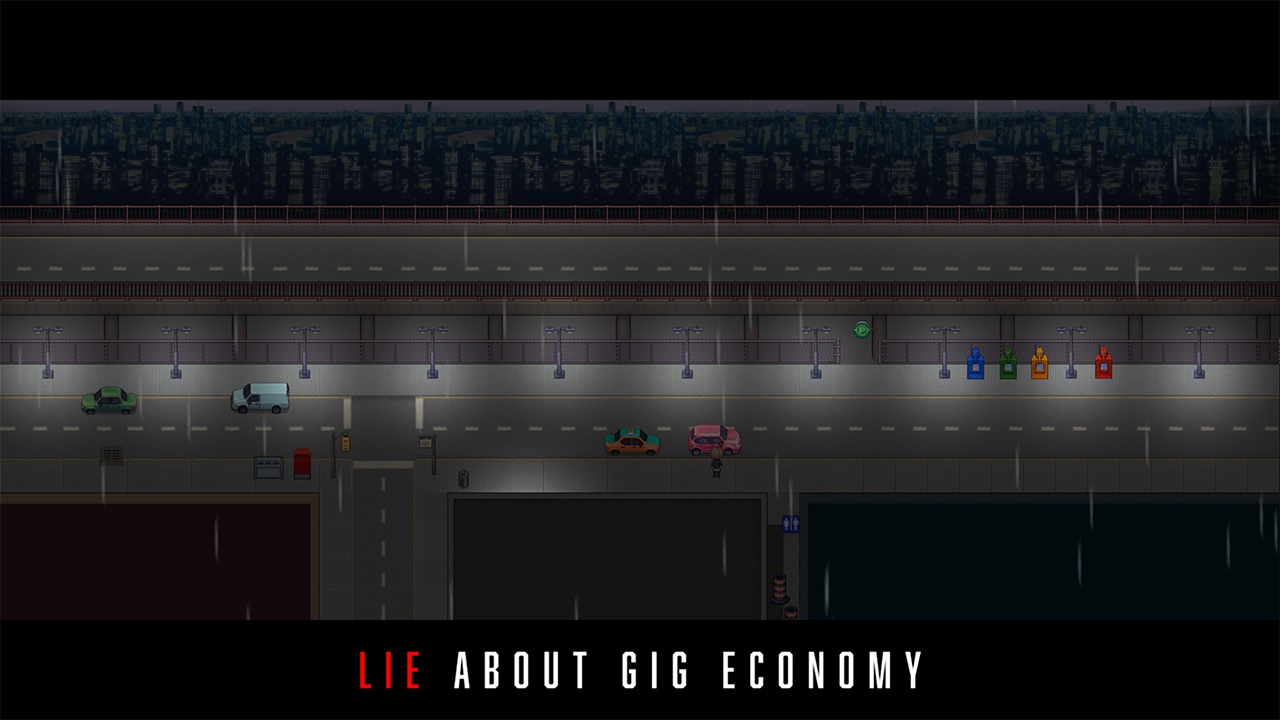 Presentation wise, the game isn’t anything graphically intense. In fact, the assets look like something from a game maker–but then, appearances aren’t the focus here. Little Red Lie has some great writing. It’s raw; it’s gritty; it’s heart wrenching; it’s unsettling; it’s funny in a messed up kind of way. The game is broken into chapters, each of which switches to perspective of Arthur or Nora. The juxtaposition encourages you to examine just how different the two are. Arthur is rich, but he’s a serious loner who can count on no one and on the other hand, Nora is in some serious debt, the support she gets from her parents is strong. Like Arthur, Nora has a strong sense of pride and that pride is ultimately her downfall as she’s sucked deeper into debt and deeper into her lies.

The largest factor that’s holding me back from recommending this game outright is the misleading claim that this is an “adventure game.” It’s just not a particularly interactive experience; there are moments when you walk around and interact with things, but those are sprinkled between the much larger helpings of pure text in the form of dialogue or inner monologue. If you’re not much of a reader, this isn’t the game for you.

If you are the type who enjoys a well-written work with the added benefit of a bit if interactivity every now and again, you’re in for a good read. Learning about Nora’s situation and Arthur’s Wolf-in-sheep’s-clothing act is fascinating, particularly when you dive into their inner monologues. The writing is raw and gritty–and above all, real. The setting, characters, and situations are a slice of life that reflects modern day money struggles without pulling any punches. We all know people who are like Nora and Arthur in some ways and can even see some of ourselves in these characters. I related with Arthur’s callous way of viewing other people, but I also related with Nora’s struggle to manage her finances when it seemed like there was no room for her in the working world. As such, I felt compelled to read on.

An engaging story rather than engaging gameplay make Little Red Lie worth a playthrough. It excels at creating an atmosphere suitable to the scene, framing an intriguing story line that will stay with you long after you’ve completed the game.