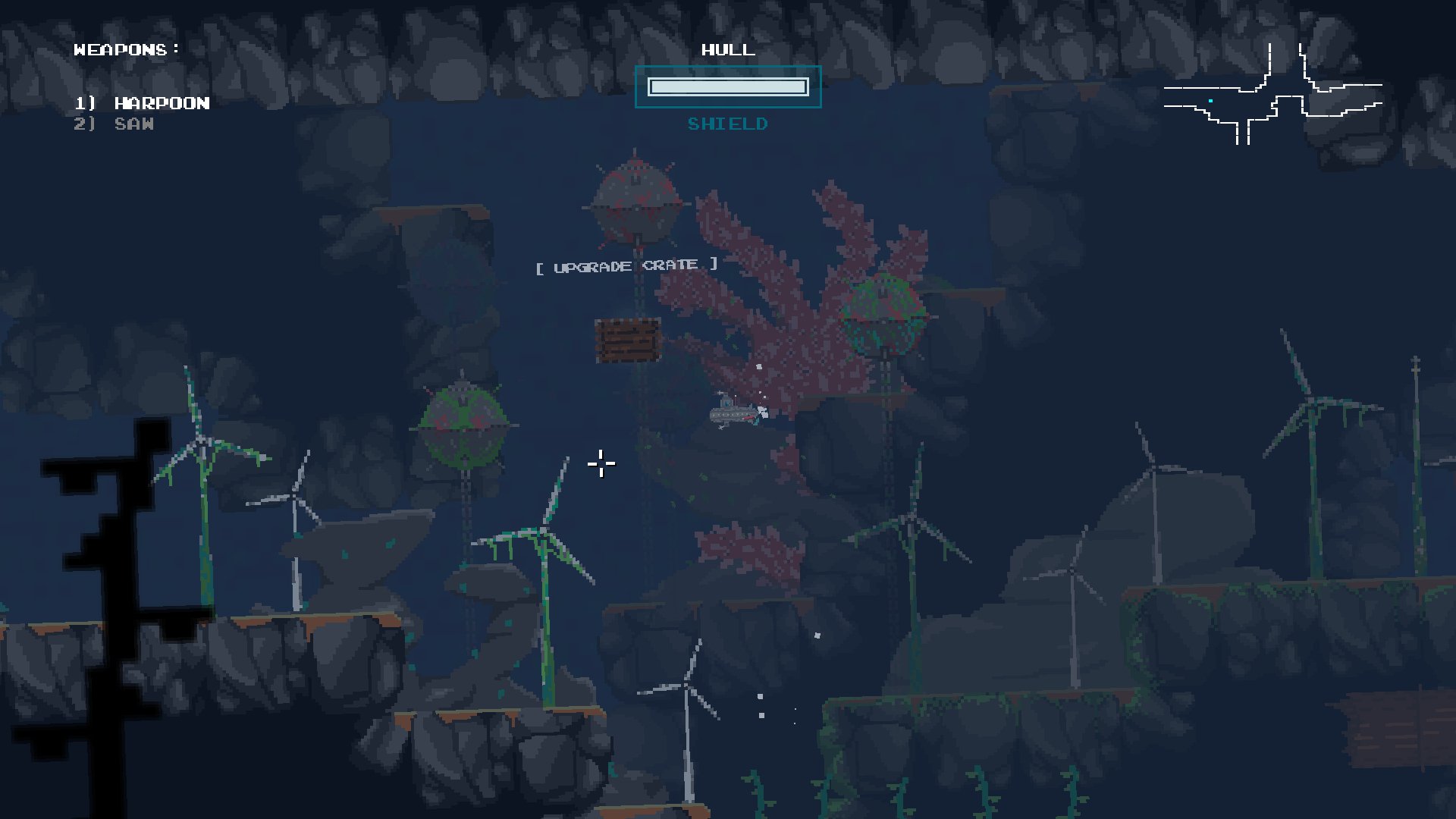 Every time a new title, DLC, or even a patch is set to be released, players world over are preparing themselves for it’s arrival, as nine out of ten times, each brand-new piece of content weighs multiple giga bytes, and at times, multiple dozens of such. And instead of simply awaiting the launch of a brand-new title in anticipation, most spend hours if not days, juggling the content which they currently have on their consoles – in order to make enough room for yet another Call of Duty 15GB event, or the next big, soulless, open-world action game, which can weigh in excess of 50GB.

The size of modern video-games is surely problematic, and can drive some players into blind fury. However, not all games come with a hefty package, as titles such as Ken Follett’s The Pillars of The Earth, of which a single episode can be as long as ten hours, can be as little as 5GB. However, in addition to those kind of games, we also have titles such as the recently released The Aquatic Adventure of The Last Human, which is not just appropriately large in accordance to the content which it provides, but it is simply microscopic, as it weighs just under 200MB.

The Aquatic Adventure of The Last Human, in its entirety, weighs just 195MB, which is surprising, considering that the title in question is a fully blown meteoroid-vania. It features dozens of sprawling corridors, caves, and boss arenas, which visually are simply stunning due to the title’s old-school, pixelated, visual façade. However, while all the numerous examples of the in-game, fauna and flora inspire player with awe, it has to be underlined that unfortunately, vast majority of the in-game scenery is repeated throughout. So, the monstrous clams, overgrown jelly fish, and other monstrosities, will haunt you form the beginning, all the way until the very end. And such state of affairs does fill the player with the filling of familiarity, but it can also bring him/her down with the overwhelming monotony, as some will grow tired of experiencing the same encounters over and over again. 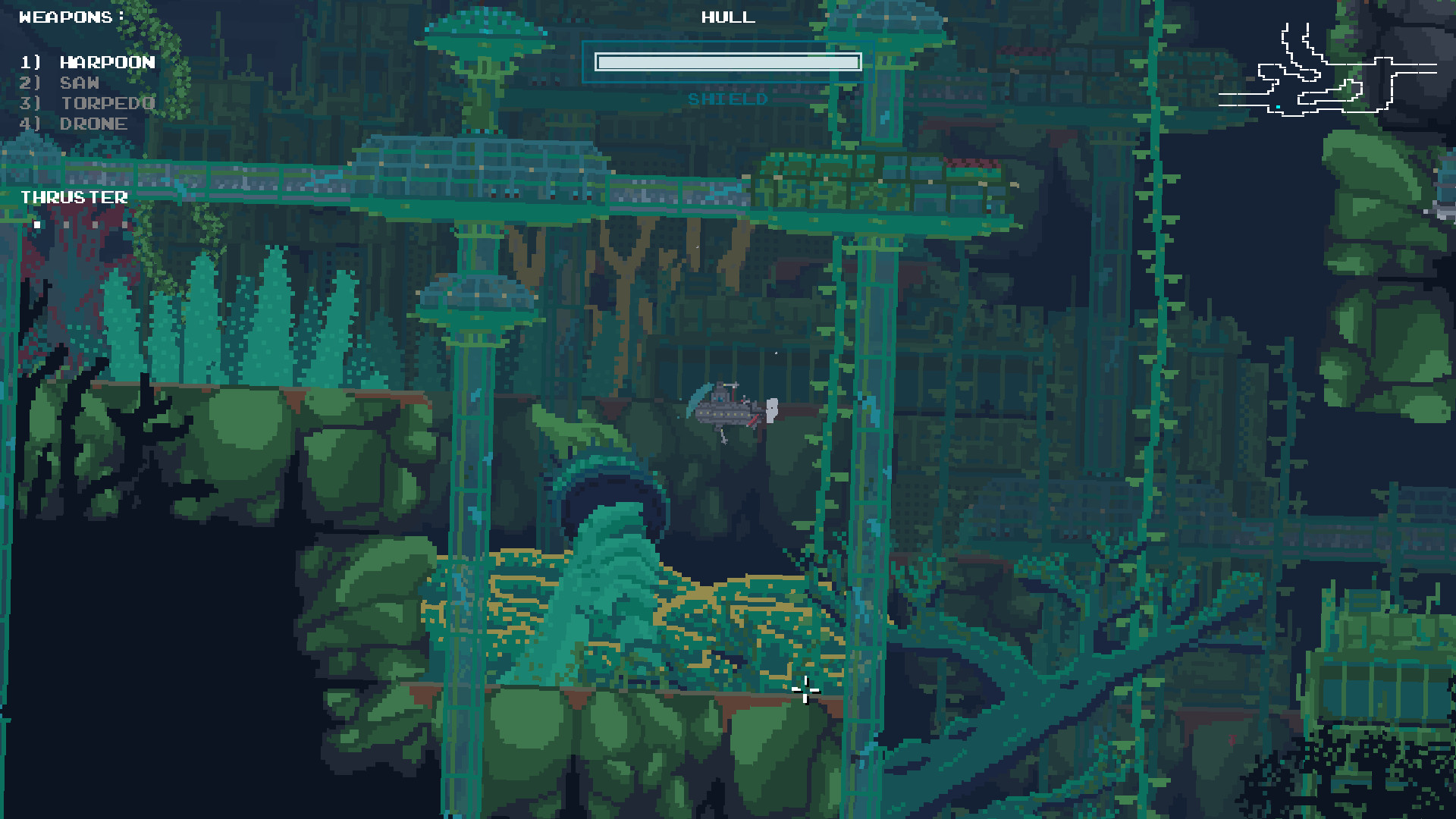 As mentioned before, visually, The Aquatic Adventure of The Last Human, is stunning to say the least. And even those who do not favour the quote-on-quote archaic art styles, will have to admit that this particular title’s art style is charming to say the least. And that’s because it combines timeless simplicity, with vibrant minimalism. However, as we all know, there is more to a game that meets the eye, as ultimately, gameplay is every bit as important as the graphics, if not more so. And when it comes to The Aquatic Adventure of The Last Human gameplay, it has to be said that it is a fair bit behind modern titles.

The biggest issue which I had with The Aquatic Adventure of The Last Human, throughout my playthrough, was the fact that it felt like it was pulled straight out of mid-to-late 2000’s, the era where vast majority of indie games simply lacked the crunch, when it came to the gameplay. And The Aquatic Adventure of The Last Human, feels just like those games, as its controls feel floaty and much too inaccurate, for its punishing difficulty. And the rewards which the title serves the player with, simply do not represent the effort which one has to input into the game, due to its rather shambolic, and ridiculously punishing combat.

Titles such as Dark Souls, or the more recent The Surge, are both equally difficult. However, each and every encounter feels both challenging and fair, as in-game mechanics justify the title’s difficulty. Whereas The Aquatic Adventure of The Last Human, is the inverse of the abovementioned games, as its difficulty stems from title’s lacking, and rather underwhelming design, and poor implementation of basic controls. And while many will be disappointed by this, others will be much more fixated on The Aquatic Adventure of The Last Human inadequate level design, which is miles behind all the other modern meteoroid-vania titles. 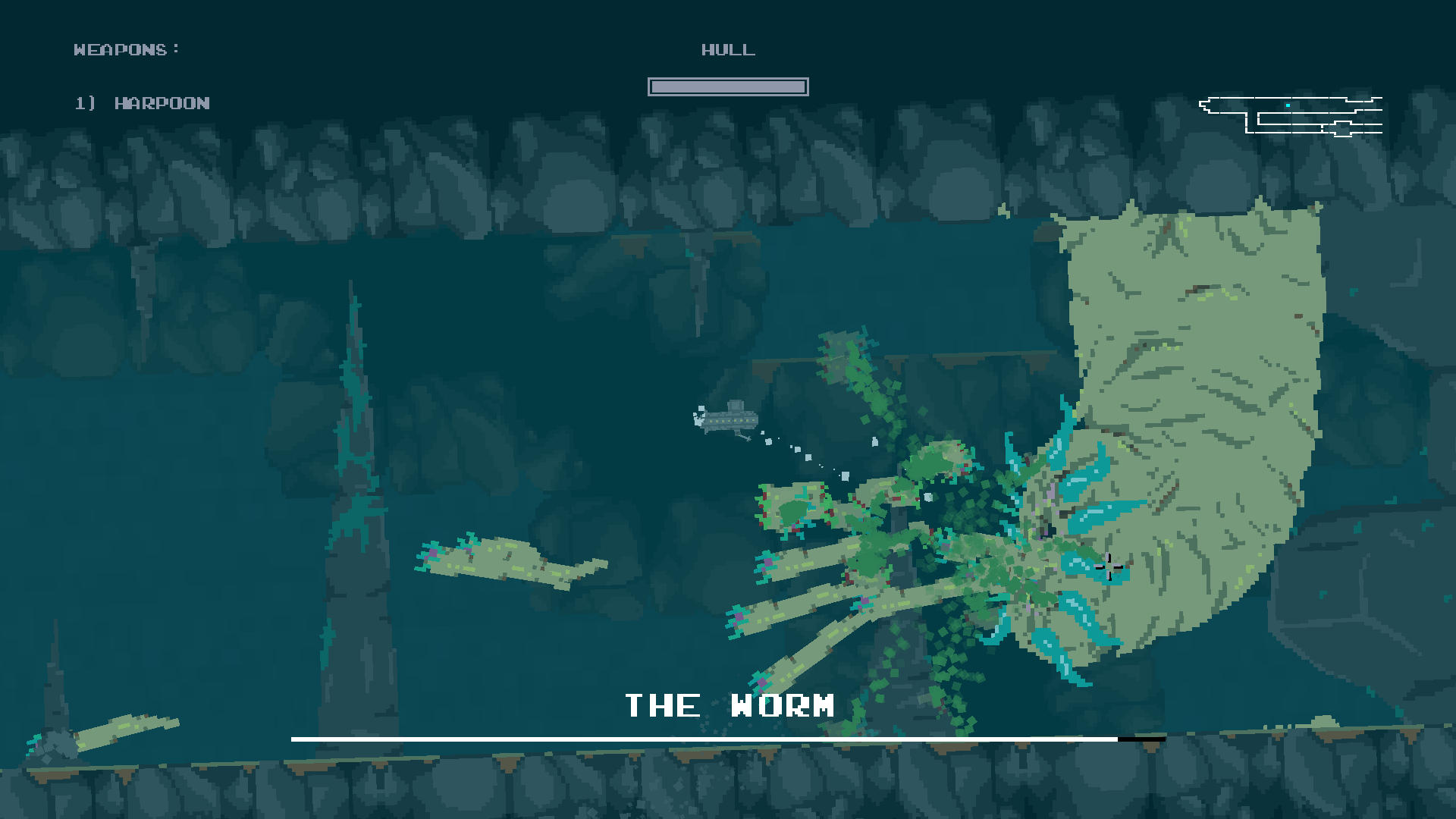 Meteroidvanias are known not for their combat mechanics, or visuals, but for the sense of discovery and wonder, which they bring with their level design. Both Meteroid, and Castlevania, are renowned for their sprawling worlds, which can provide one with authentic, and memorable adventures, which can culminate with different rewards, and feedback. And they both achieve that through complex and thorough, level design, which forms worlds which one can spend endless hours within. Whereas The Aquatic Adventure of The Last Human, features a an underwater land which severely lacks the sense of accomplishment, and discovery, as seemingly, all its in-roads lead to Rome.

No matter which path one undertakes, or which tunnel he/she will follow, the player will always arrive at the same centre point of the game, and there is no way to avoid it. And even the secret passage ways, and the seemingly distant caves, all ultimately lead to the same conclusion. And such state of affairs is rather disappointing, as it reaffirms the fact that The Aquatic Adventure of The Last Human, simply lacks any form of significant exploration. And when the push comes to shove, it is nothing more than an equivalent of a modern action games, but in 2D. Yes, you can choose different off-roads, turns, and passages, but no matter how may times you stray off the path, you will always end up at the same finale. There are no secret rooms, there are no side-mission, there no additional bosses, and ultimately, there is no exploration.

To conclude, it has to be underlined that The Aquatic Adventure of The Last Human, is not a bad title, not by any means. But it is also not a great title either, as it lacks quality departments which other developers have mastered years, if not decades ago. And if not for the fact that this particular title likes to take its time, whenever it is loading in a new arena, then maybe, just maybe, it could reach one of the upper scores. But if one takes into consideration all its flaws and shortcomings, he/she will come at a conclusion that it is nothing more than an average title.