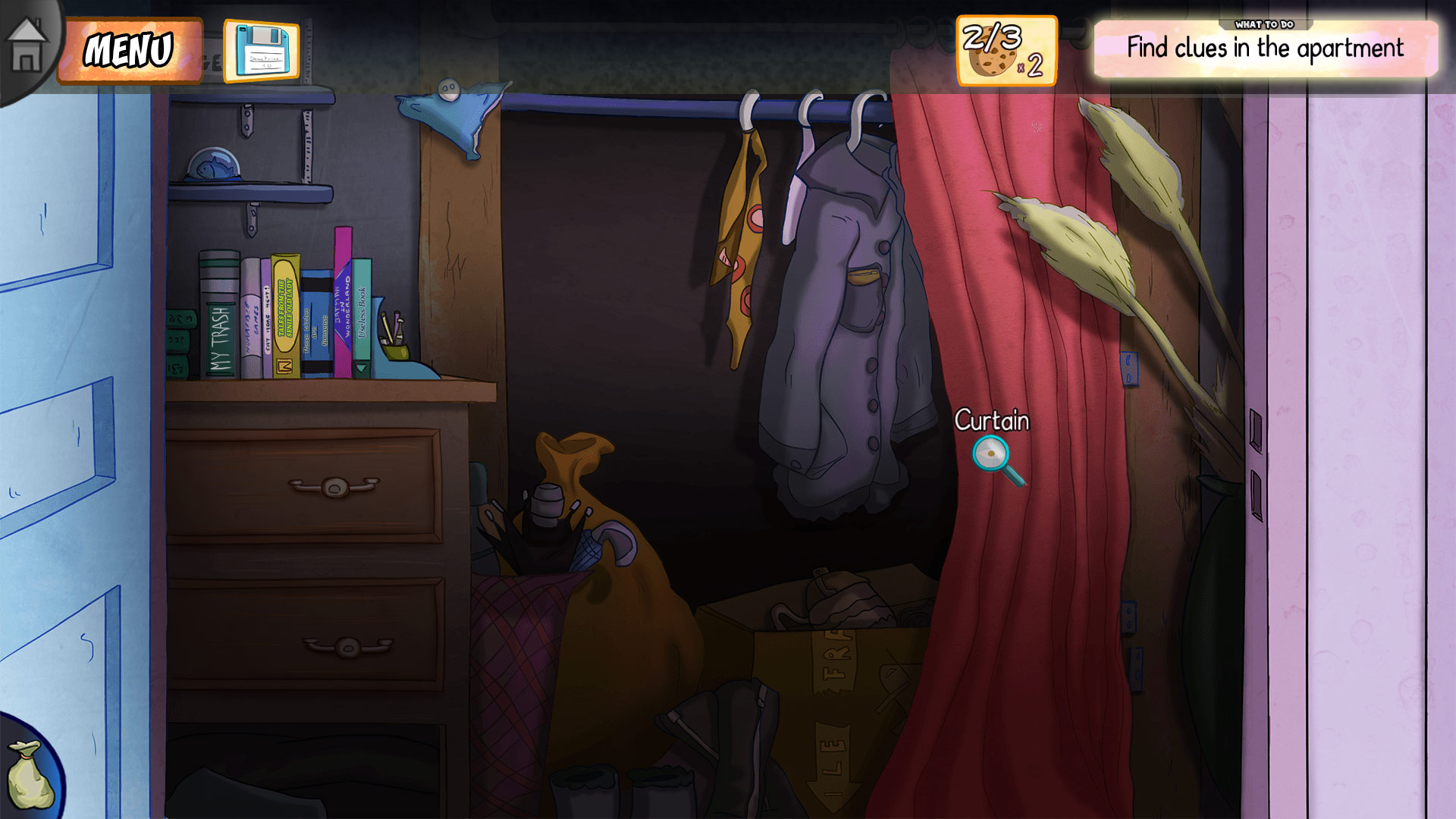 I’m a big fan of Point ‘n’ Click adventures so when i get a chance to review one I jump at the chance. This weeks entry to the Point ‘n’ Click genre is Demetrios – The BIG Cynical Adventure originally released via Steam then on the PS Vita. At the start of Demetrios – The BIG Cynical Adventure you’re given the option to turn ‘toilet humour’ so that gives an indication of what you’re going to experience as you play.

Plot wise you play as Bjorn Thonen a guy whose occupation is an antique dealer. One night he drank too much, his flat gets burgled and got assaulted. Unfortunately the police are not helping so Bjorn decides to conduct his own investigation utilising his neighbour Sandra’s help. Sandra also has a daughter, however all three are pretty unlikable and that detracts from the story. Most of the characters in Demetrios – The BIG Cynical Adventure are either unlikeable or borderline unfunny with their quips, maybe that was the point but it makes the game less enjoyable that it should be. 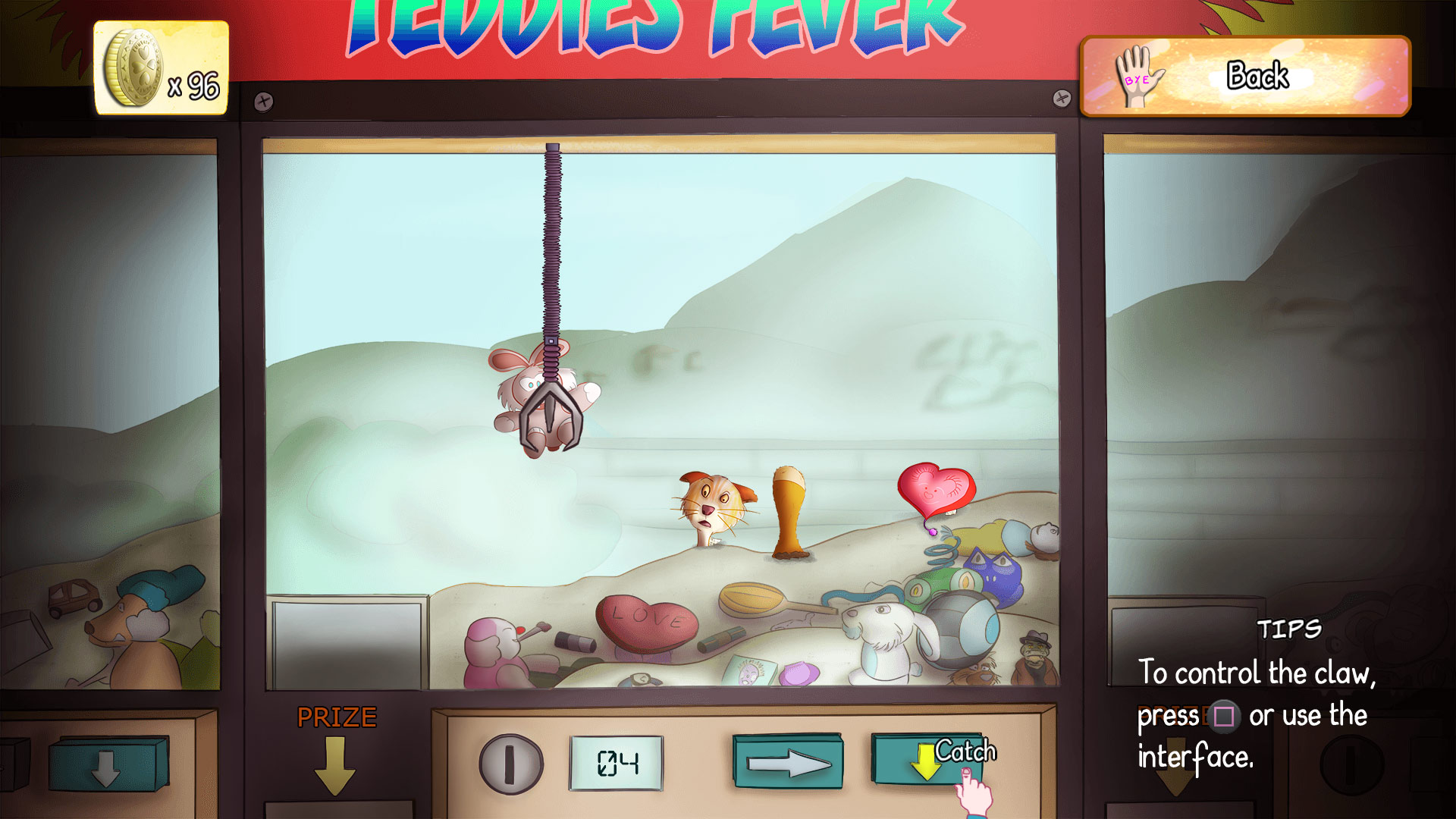 Like most Point ‘n’ Click adventures, there are a variety of mini games and puzzles to get to grips with. Most notably Pet Shoot is a terribly frustrating game to play as the mechanics are very hit and miss. Worm Race is dependent on finding a worm which you may lose the chance to pick. Horse Race is self explanatory whilst Spin the Wheel can actually kill you. There are many ways to die and get arrested; simple things like sticking your fingers into a plug, photocopying a certain part of yourself in a police station, taking equipment from the police, the spinning wheel lands on crossbones….. That’s part Demetrios – The BIG Cynical Adventure, you will die/get arrested a fair bit, luckily you’re able to restart your adventure just before the point you made a mistake. The funniest parts are probably the game over scenes, thankfully each one has it’s own uniqueness which gives abit more depth to Demetrios – The BIG Cynical Adventure

Graphically Demetrios – The BIG Cynical Adventure is full of bold colours and are reasonably well drawn, you could find the charming. Navigating between the 2D screens is fast and whilst there is a lot on screen at times to play with, for the most part you can see what they are and how they can be used. The one thing that is hard to find are the cookies which when consumed guide you, it’s a clever mechanic and there’s always a funny/unfunny quip along the way. 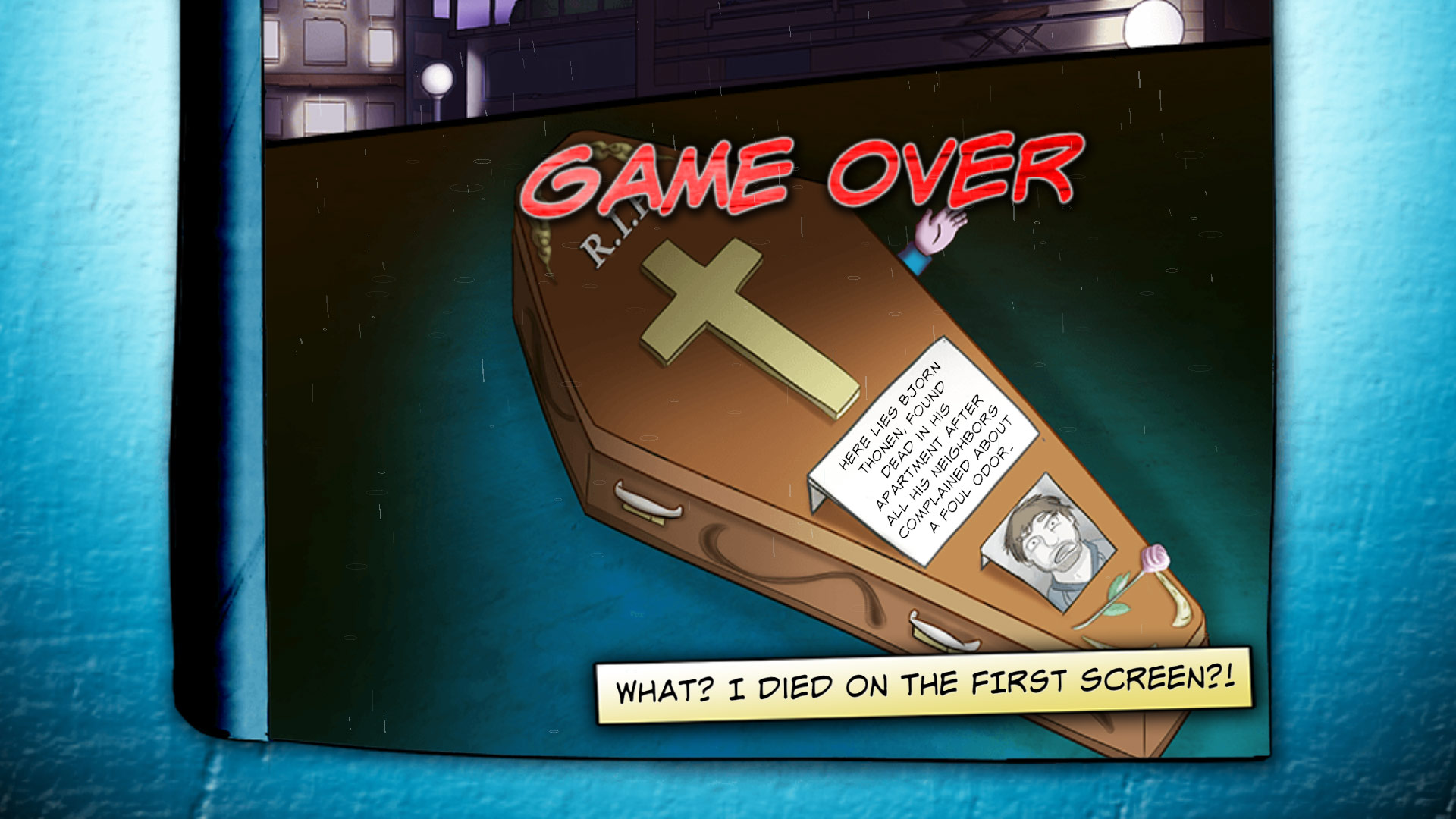 There’s no voice acting, everything is text dialogue. There is a lot of dialogue, Bjorn appears to have much to say about everything you can collect on. Depending on your patience you may find yourself skipping past the dialogue and various toilet gags. Demetrios – The BIG Cynical Adventure will take around 8-10 hours depending on how good your investigative skills are and also how tempted you are to skip the dialogue. There a are also a couple of different ‘endings’ depending on on your choices, it’s a funny end or two but again it’s dependent on your choices.