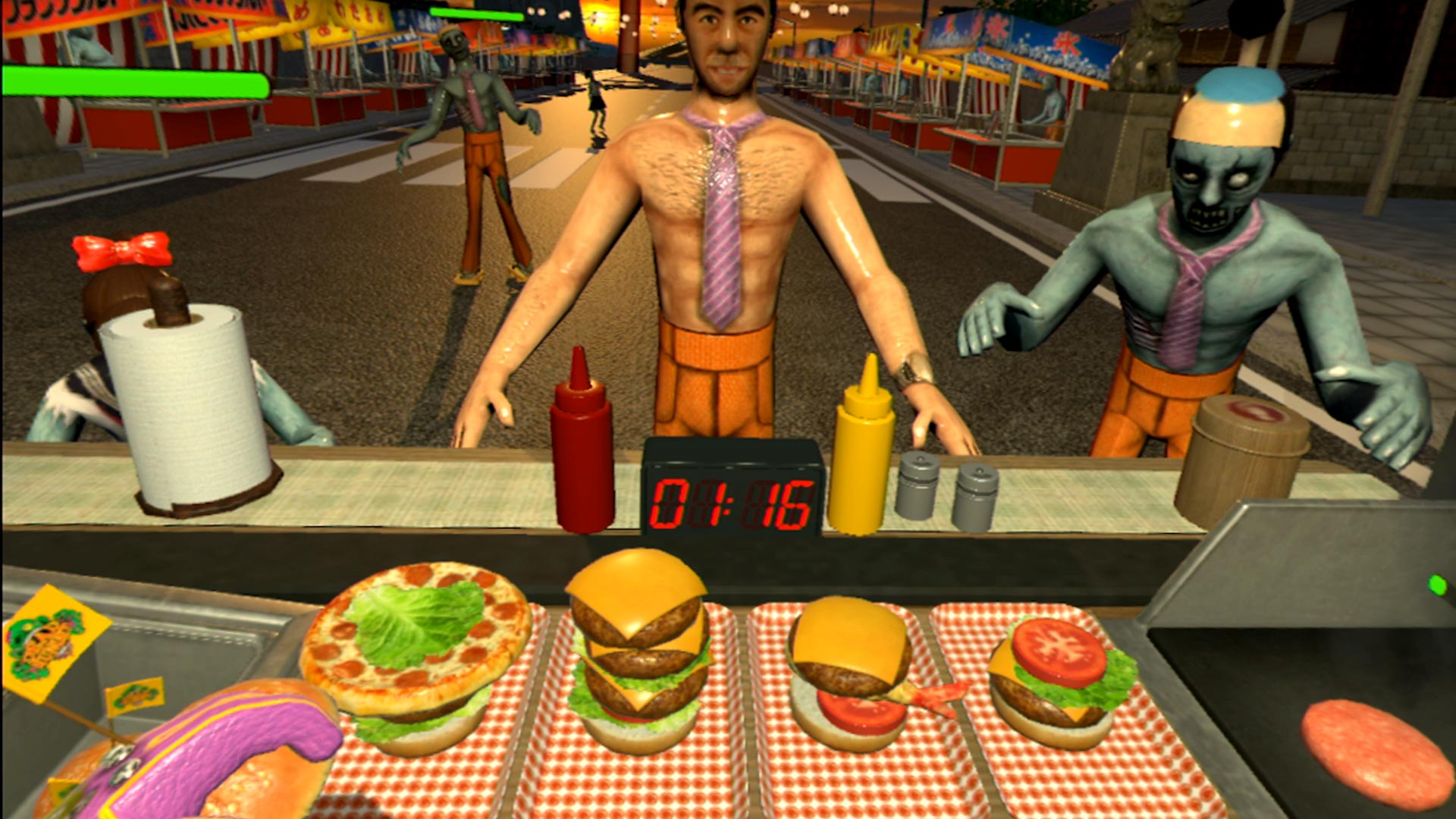 PixelJunk games first started in 2007 on the PS3 starting with PixelJunk Racers by Q-Games, the series is more of an anthology series with the games being totally different with different genres and gameplay mechanics. This instalment is their first attempt at virtual reality and motion controls; PixelJunk Dead Hungry uses the technology of VR to put you in the shoes of a food truck cook who is cooking for his life to survive a zombie horde. Definitely a unique concept and with their track record it should be just as fun.

This iteration as previously mentioned is exclusively for VR due to that the game is built around the limitation of the technology; the way that Q-Games got around this limitation is to have the player confined to a tiny food truck with no space to move around. So story wise it’s pretty slim; you’ve been trained by some sort of food truck kung fu master to use your culinary skills to feed zombies and cure them of their curse. 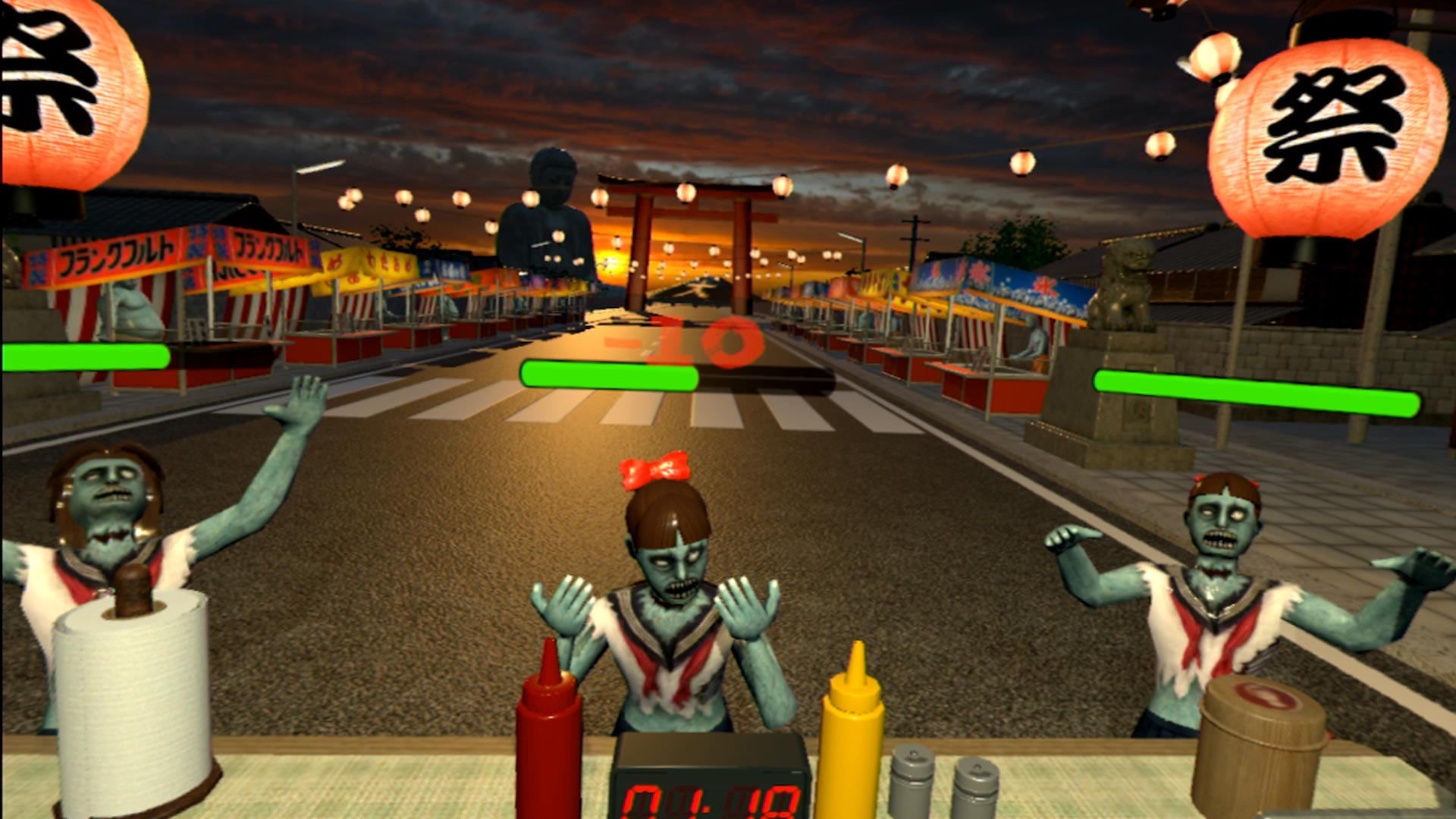 The gameplay consists of using your head to aim at the ingredient and clicking on your controller to grab them and release to place them where you’re looking. There is the option to use Move Controllers too which personally I found to be easier but would need a little bit more space with that said the Move Controllers really improve the gameplay due to being able to multi task which isn’t possible with the standard Dualshock 4. The game just consists of the same ingredients the whole game through allowing you to memorise the locations so you can improve through repetition but with level after level with the same ingredients it starts to feel boring and seems like a wasted opportunity to add some variety.

The key difference between Dead Hungry and the typical time management cooking game is that it doesn’t include the “patrons” asking for specific meals or foods. Instead they just shamble over slowly and it’s up to you to quickly throw together whatever food item you feel like and then you literally need to throw it at them; when the food item hits them it depletes their health bar. There is no point system to let you know how much each food item is worth or how much the burger you’re building is worth so you could put more planning into it and make sure you can cure all the zombies walking toward you. 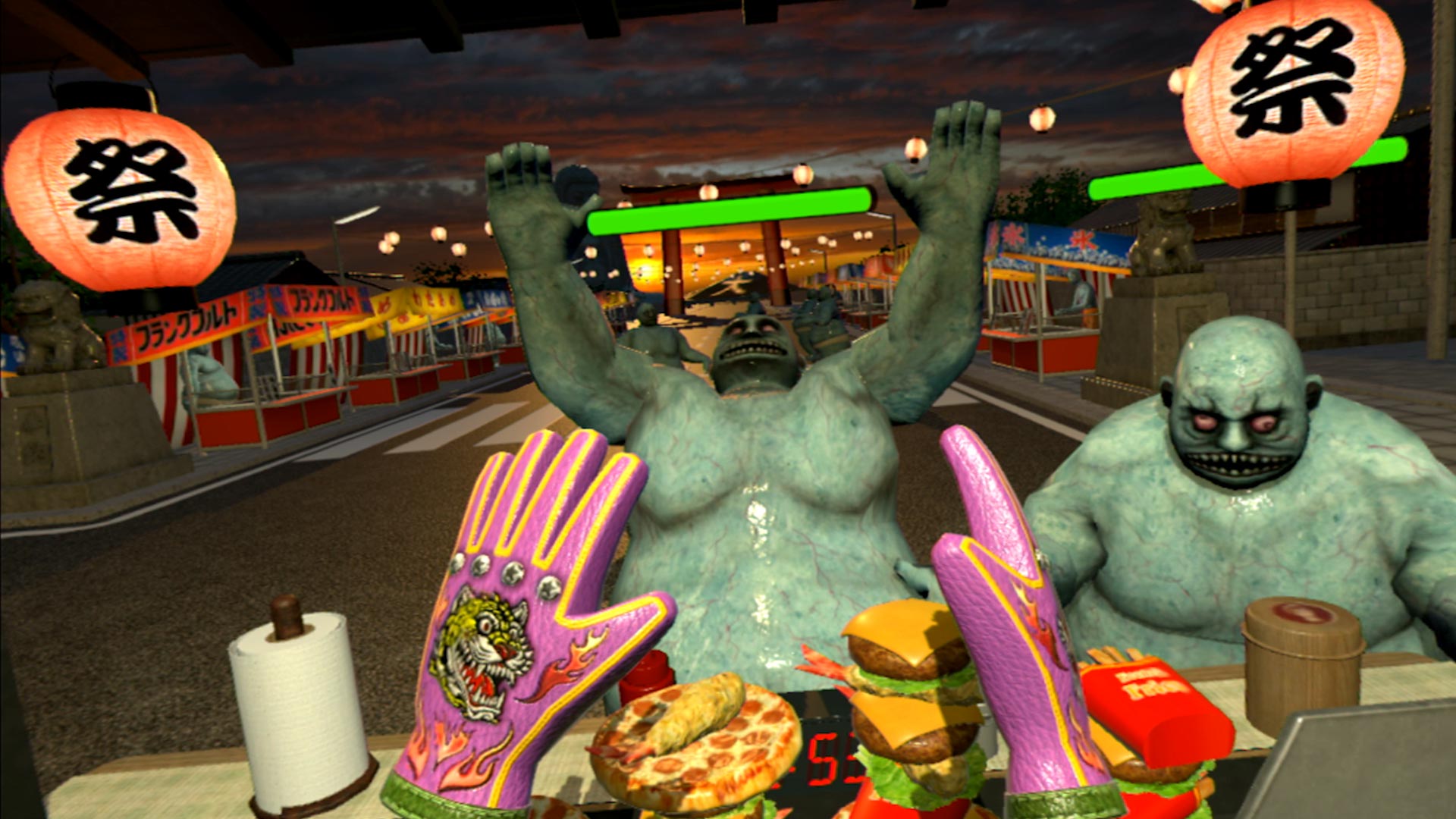 One of the major issues of the game is how repetitive it slowly becomes; the game just consists of the same ingredients in the same truck, parked in the same area with more or less the same zombies. The game does have boss fights but again it’s just the same ingredients with same mechanics and no variation at all. The game gives off this vibe like it’s right on the tipping point of being something really great but due to a couple of short comings the game just shies away from it due to not incorporating any variation.

With what’s been said the game really is a fun experience but it does have its cons. The gameplay is quite simple with the same actions being repeated over and over it’s not that hard to grasp but with the zombies shambling over in large numbers things become very difficult and due to no progression system there isn’t a feeling of being rewarded for your effort. However the game really has a charming feeling to it but simply put the game has the right ingredients of success but due to its limited variety it just doesn’t reach its full potential.