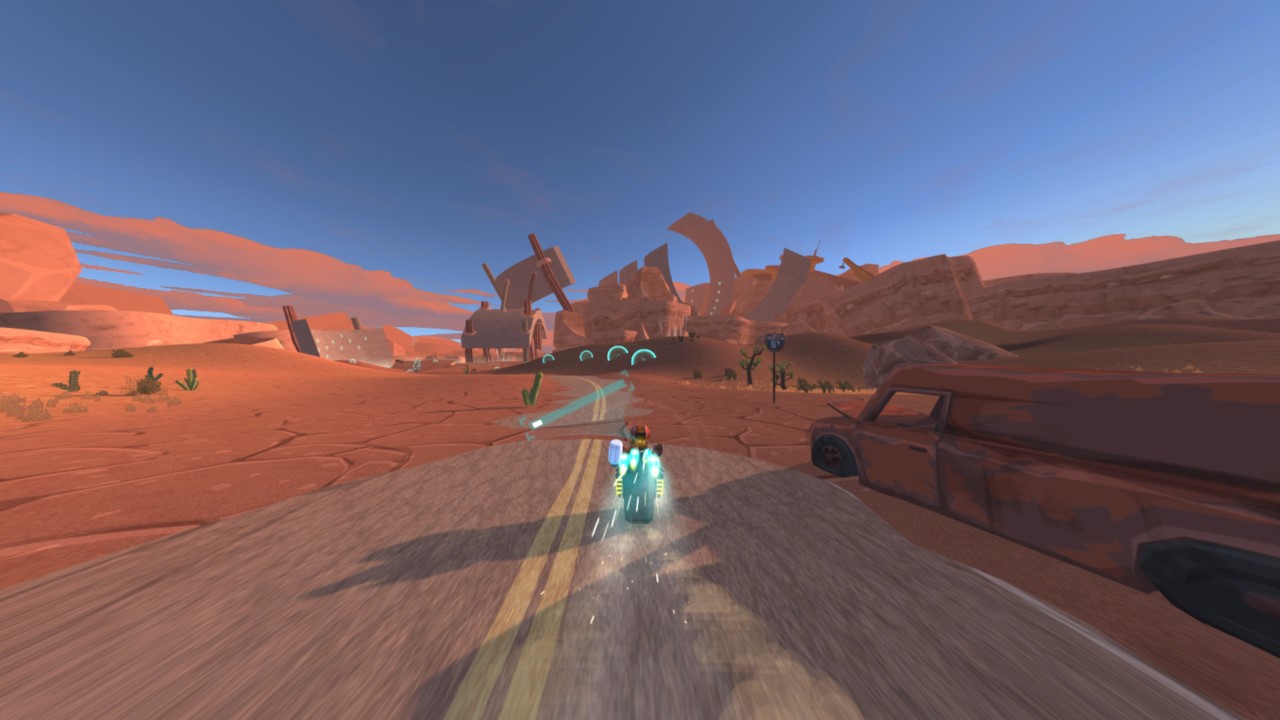 It’s always good when game developers try out new things, or even bring us a new style of gaming with an amalgamation of different genres. It gives us gamers something fresh and exciting to experience, as well as possibly leading onto other ideas in the implementation of future projects. Defunct, out now for the Nintendo Switch, is one such title. Essentially an adventure game, it also brings elements of the puzzle and racing genres to produce a game that looks and feels distinctly different from anything else currently on the market.

Developed by Freshly Squeezed and published through SOEDESCO, this arcade-style adventure tells the story of a small robot who develops a fault in his on-board motor. Travelling in a large spacecraft, he decides to go for repairs in the maintenance bay, only to become caught up amongst the refuge and duly jettisoned from the ship. Now stranded on a strange planet, you must traverse through a series of landscapes, around eleven or so, in order to catch up with your ship and safely return home. To help you in your quest, you can utilise the power of your gravitise engine, an in-built device that propels you at speed, but only when going down a steep incline and although your momentum can help to get over any hill-climbs, their gradients can eventually slow you down to a halt. However, picking up glowing orbs and bottles of Enerjuice can give you a boost and if all else fails, you have a backup motor you can rely on, but its power limits you to only a crawl.

Viewed from a third-person perspective, you work your way through a variety of 3D levels, trying to find the fastest possible route from one end to the other. However, each of the landscapes are littered with dangerous pitfalls, such as deep ravines or large lakes which need to avoided; although a generous sprinkling of checkpoints never leaves you too far from where you may have expired. As well as trying to seek out the steepest drops to propel yourself forward, you can can also gain abilities that allow you to magnetise yourself to metallic runways, jump off ramps and zipwire along a series of aerial runways. Some sections of the game also bring in an element of puzzling which requires you to find keys and activate switches in order to open the gateways to the next level. 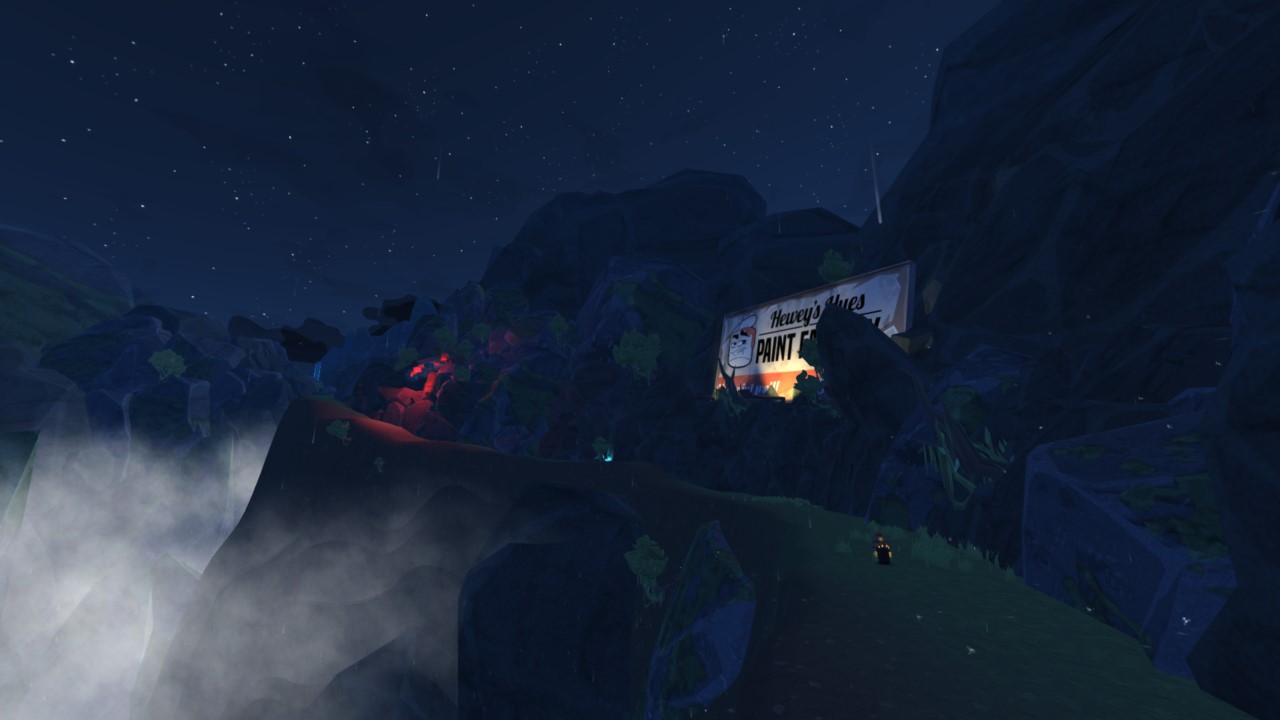 In terms of 3D platforming and speed-running, Defunct performs in places that is akin to Sega’s Sonic. However, this is only when the game gets things right, or when you create a path that flows in a momentum of speed. The sense of travelling in a blistering pace has been superbly implemented here; often producing an exhilarating experience as you race through the landscape. Saying that though, you’ll undoubtedly find yourself mis-timing a jump or failing to latch onto a segment of runway, bringing your speed-run to a slow grind. This can at times be attributed to the fast pace of the game and player error in failing to execute the correct move, but more frustratingly, can also be the fault of poor mechanics in control precision and movement.

Travelling at speed, as well as rolling over the hilly landscapes holds well in terms of controlling your bot. However, jumping and magnetising can be a bit hit-and-miss in their implementation; creating a looseness in their mechanics that feels more lucky, rather than a sense of skill. This ultimately leads to some frustrations in bringing the excitement of speed-running to an abrupt end. It’s almost like hitting an invisible barrier, one that’s created through no fault of your own. This can be further exaggerated with some puzzling mechanics that randomly jolt you off course or send you spinning when you seemingly haven’t collided with anything or connected properly within the environment.

Despite being touted as part-adventure, part-exploration, part-puzzler and part-racer, none of the above really, truly apply when playing the game. For an adventure game, there’s a serious lack of any depth. For a racer, there’s simply no competitors to race against and in terms of exploration and puzzles, apart from seeking out keys and activating a handful of switches, there isn’t really much else; at least in terms of playing the main core of the game. Successful completion of levels does open up time trials with online leaderboards, but you never really feel as if you are racing and a series of collectibles, unlocking a variety of skins or skill moves, do require you to explore the levels, but its frustrating mechanics will probably cause you to not bother; especially for a reward that rarely enhances the gameplay. 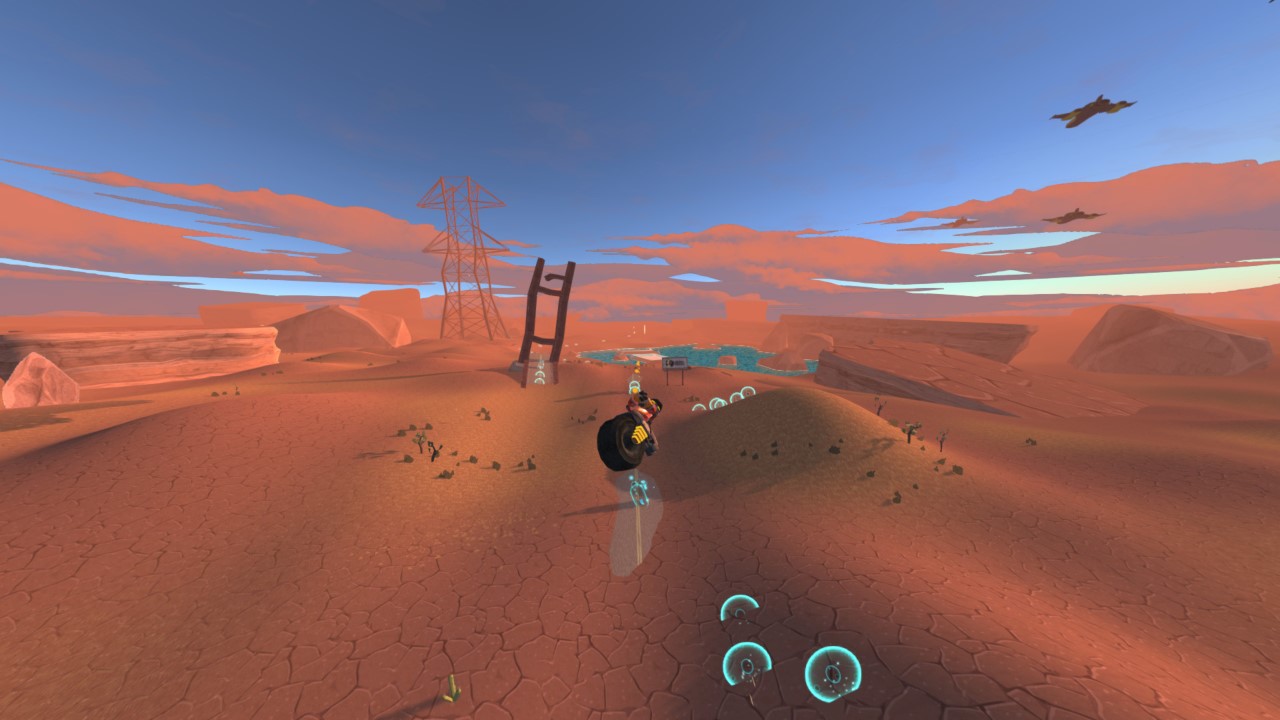 As well as some control issues and a few niggles in gameplay, the game also possesses a number of technical difficulties as well. Collision detections and clipping errors are abundant, as well as environment loading stutters which takes away the smoothness of maintaining speed. Unfortunately, there are also issues with playtime and question marks over its long-term appeal. At best, the game will probably last for a couple of hours to see it through from beginning to end, which is a little disappointing to say the least. Despite containing an option to find collectibles and take part in a series of time-trials, there simply isn’t enough content to keep you engaged, despite offering a decent challenge in its additional modes.

The game’s control scheme, with forward momentum mapped to the ZR button; jumping with A, backup motor to B and magnetism to X performs well enough in terms of implementation; although in some instances, the need to keep the X and A buttons depressed whilst following metallic pathways can be fiddly at times. However, despite a brief tutorial giving a basic oversight in their implementation, as well as a series of checkpoints that go into more details or act as a reminder in terms of control, they can often be missed or don’t inform you of what is needed until after a few fails at trying to implement their mechanics.

Overall, Defunct can best be described as a mixed bag. When it gets things right, it does so with such gusto, that it simply excites and is genuinely fun while it lasts. However, when it all goes wrong, it does so horribly. Random events and broken mechanics brings everything to a halt; thus impacting on your overall enjoyment of the game. It’s a massive shame really, as when everything comes together, there really isn’t anything else out there that can touch it. It’s frustrations though, do have an impact on the flow of the game and coupled with a relatively short playtime and a distinct lack of depth, ultimately creates a very shallow experience. The inclusion of time trials can be interesting, especially when competing against online leaderboards, but its core mechanic plays very similarly to its story mode and still contains its elements of frustration; whilst its addition of finding collectibles is largely uninteresting. At the end of the day, this is a game that you’ll either love or hate. It’s not a bad game and can be good fun in bursts, but I just couldn’t help the feeling that it all just felt a little unpolished and unfinished; especially when it ends before you’ve even gotten started.

When Defunct gets things right, it does so with such gusto, that it simply excites and is genuinely fun. However, when it all goes wrong, it does so horribly.