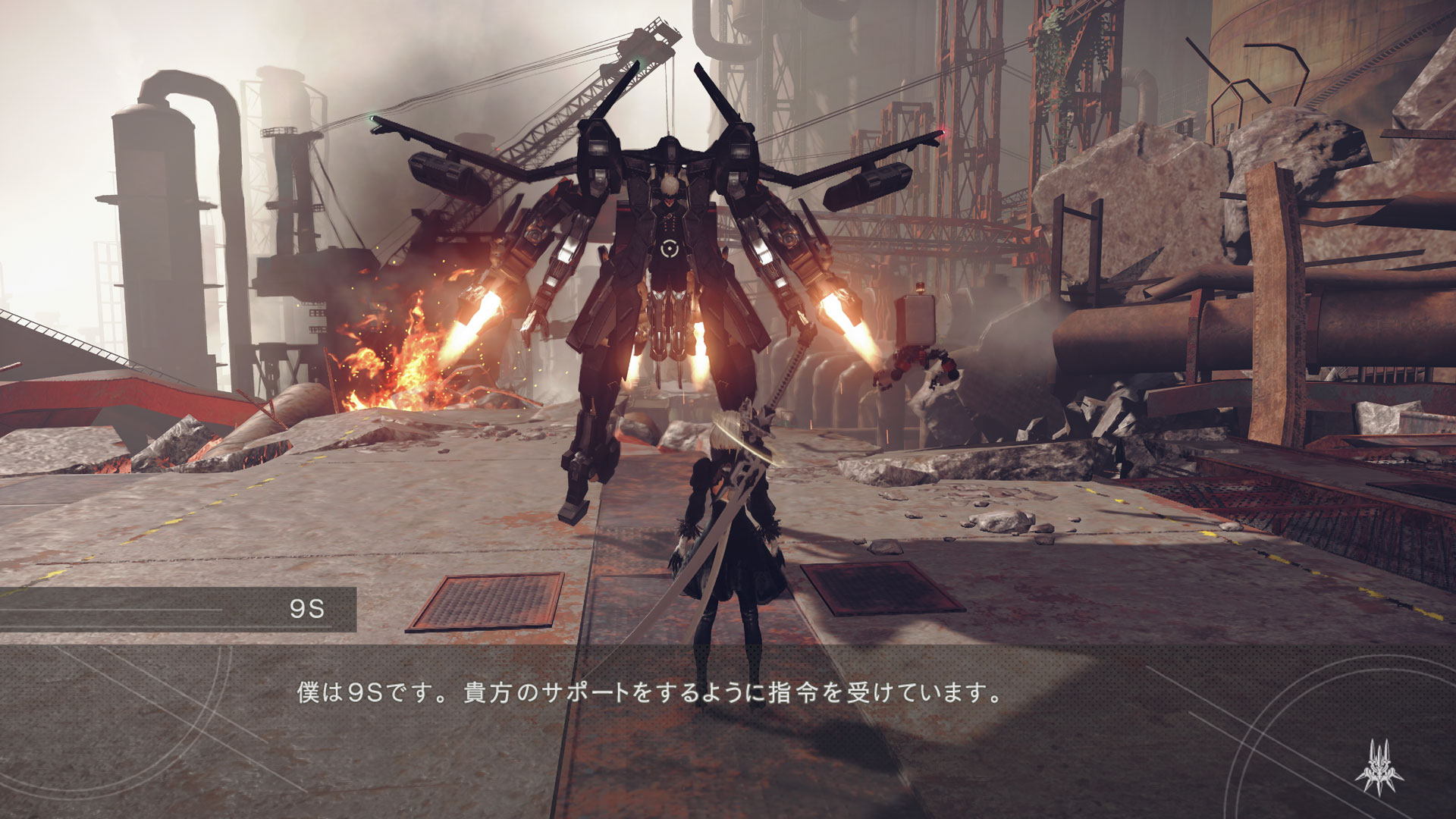 Despite being set in the same universe as the series’ previous success Nier, Automata creates its own new world, ruled by robots and consumed by a returning mother nature. The game possesses an incredible open world, a peaceful yet intense soundtrack, and several interesting and challenging characters, making it a fine sequel to the cult classic original.

NieR: Automata begins by giving players a quick taste of action as they fly their battlesuit into the midst of a region under high robotic influence alongside their fellow android units. However, mere moments into this recon flight the team’s members begin to be slowly picked off one by one, by an unseen enemy launching a large pulsating laser at the team. This section of the game’s first mission ends swiftly, and proceeds to seamlessly catapult the player into close quarters melee combat against varying sizes of robots, including a goliath class enemy, wielding a crane like arm, attached to a spinning blade. 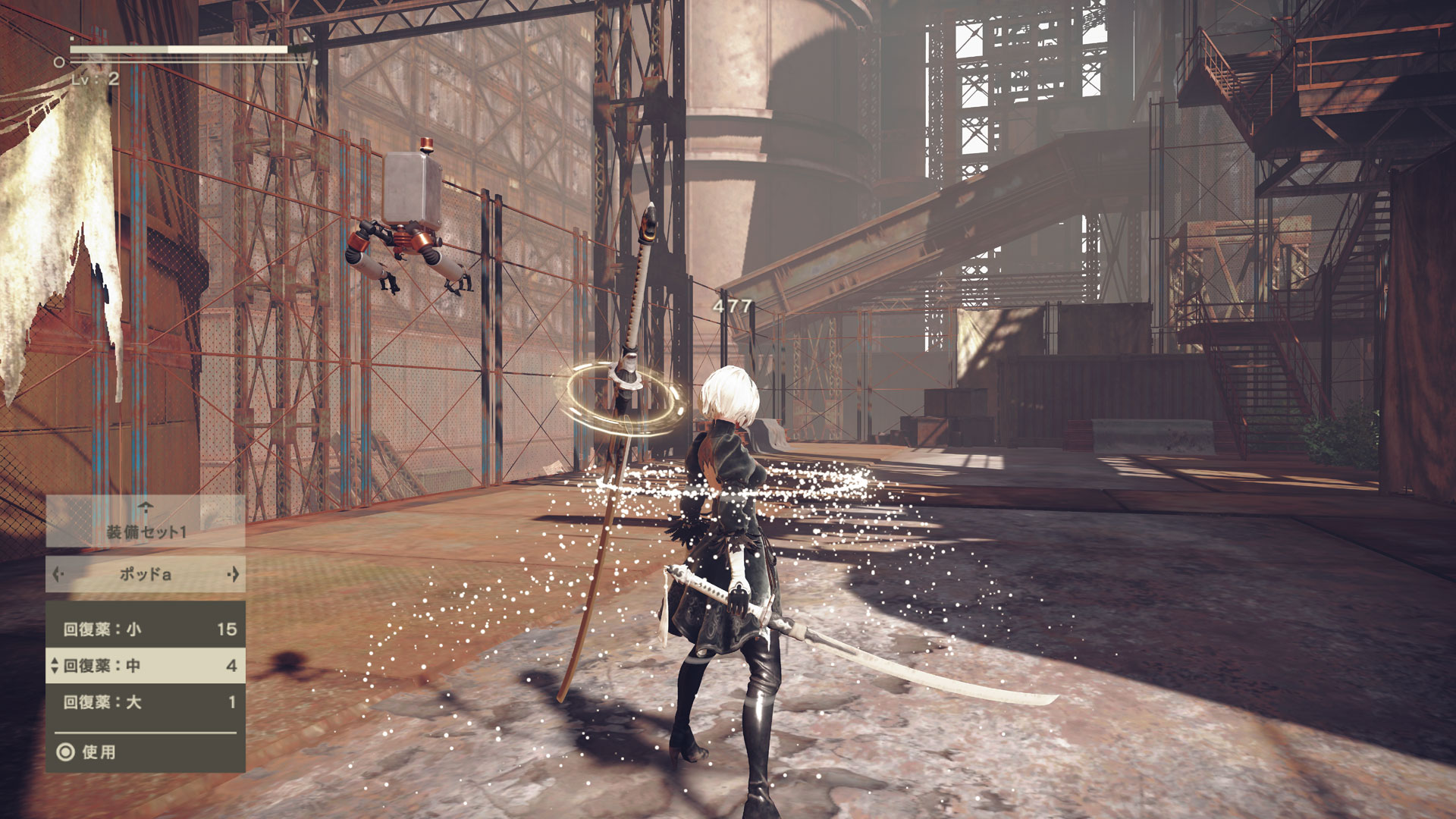 This beginning sequence gives players an early insight into the game’s intentions, as players explore vast and constantly changing landscapes, ranging from luscious green grass land, to rough stretches of desert. This wide range of environments provides players with the ability to obtain a number of unique and often interesting side quests, ranging from tedious fetch quests, to supply runs. These side quests also offer players an insight into the game’s rich lore. In addition to this, players are able to scavenge the game’s multiple environments for scraps and other item drops, each allowing the player to further advance 2B’s skill set. Firstly, players are able to obtain scrap metals and wires, allowing them to build smaller objects such as small damage boosters or health boosters. As well as using these parts in crafting, NieR: Automata also allows players to sell their scavenged items in exchange for currency, allowing them to buy more advanced skill upgrades, and new weapons to add to your inventory.

Alongside a seamless open world, NieR: Automata also sees the debut of an incredible soundtrack, setting the scene for the player’s adventure throughout an apocalyptic world, as the player’s each and every encounter is accompanied by an equally intense of tranquil soundtrack. This drastically adds to the game’s theme and setting of a broken humanity, and an earth retaken by mother nature, further setting the scene for the game’s already immersive environment and lore.

Accompanying the game’s incredible soundtrack, are an equally impressive roster  of graphical features that further add to the game’s world as well as the characters of 9S and 2B. Firstly, the game’s graphical capability allows it to introduce a seamless open world with intertwining environments that can alter the player’s gameplay in mere moments. As well as new environmental factors, the game also uses this graphical capability to swiftly and easily switch between gameplay styles. For example, the player could be exploring an open section of a mission, before being thrust into a top down battle, or a 2d sidescroller gameplay style as they traverse a large building or goliath class enemy. This constant change of gameplay styles forces players to stay on their toes at all times, preparing for a battle in a brand new style depending on their current surroundings. Unfortunately, as well as adding to the game’s environments, this feature call also severely hinder gameplay, as players become unable to see enemies they were battling moments before, as the game attempts to make the player focus on an enemy or location of interest, often making combat tedious or difficult. 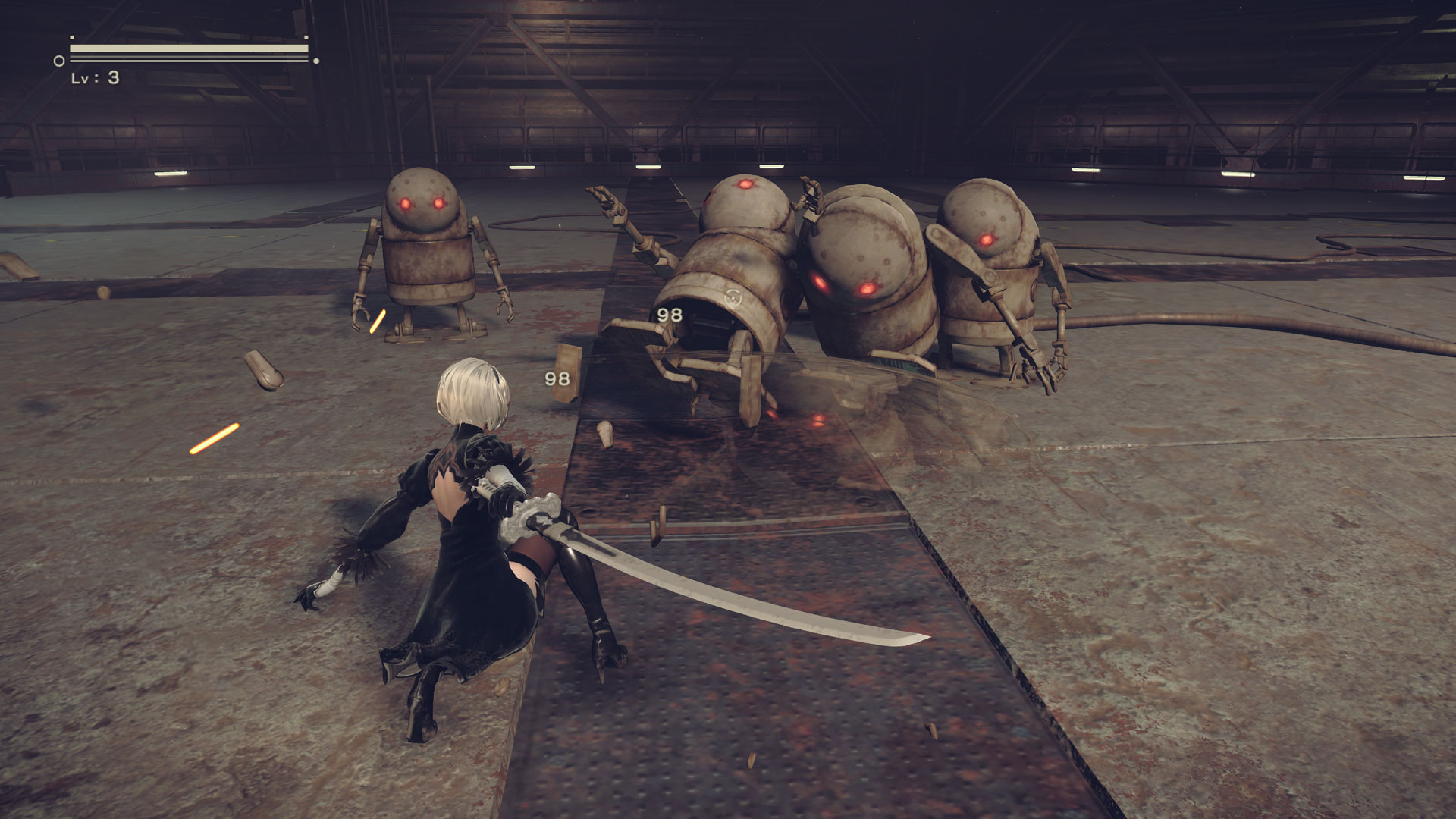 However, the game does redeem this error with its wide roster of unique and thought-provoking boss battle’s, ranging from an opera singing machine that wants nothing more than to be beautiful, to a newly born machine that can constantly evolve and adapt to the player’s every attack. This is a large part of NieR: Automata’s draw, as each boss battle coupled with the Platinum Games’ incredible action combat system, each boss feels unique, bringing a new challenge to the player each time, forcing them too to constantly evolve.

In conclusion, NieR: Automata is a game suited to both newcomers to the series, as well as returning fans from first game’s previous success. With an interesting storyline, unique bosses, a well oiled combat system, and a seamless world open for the player to freely explore earning it a 9/10.