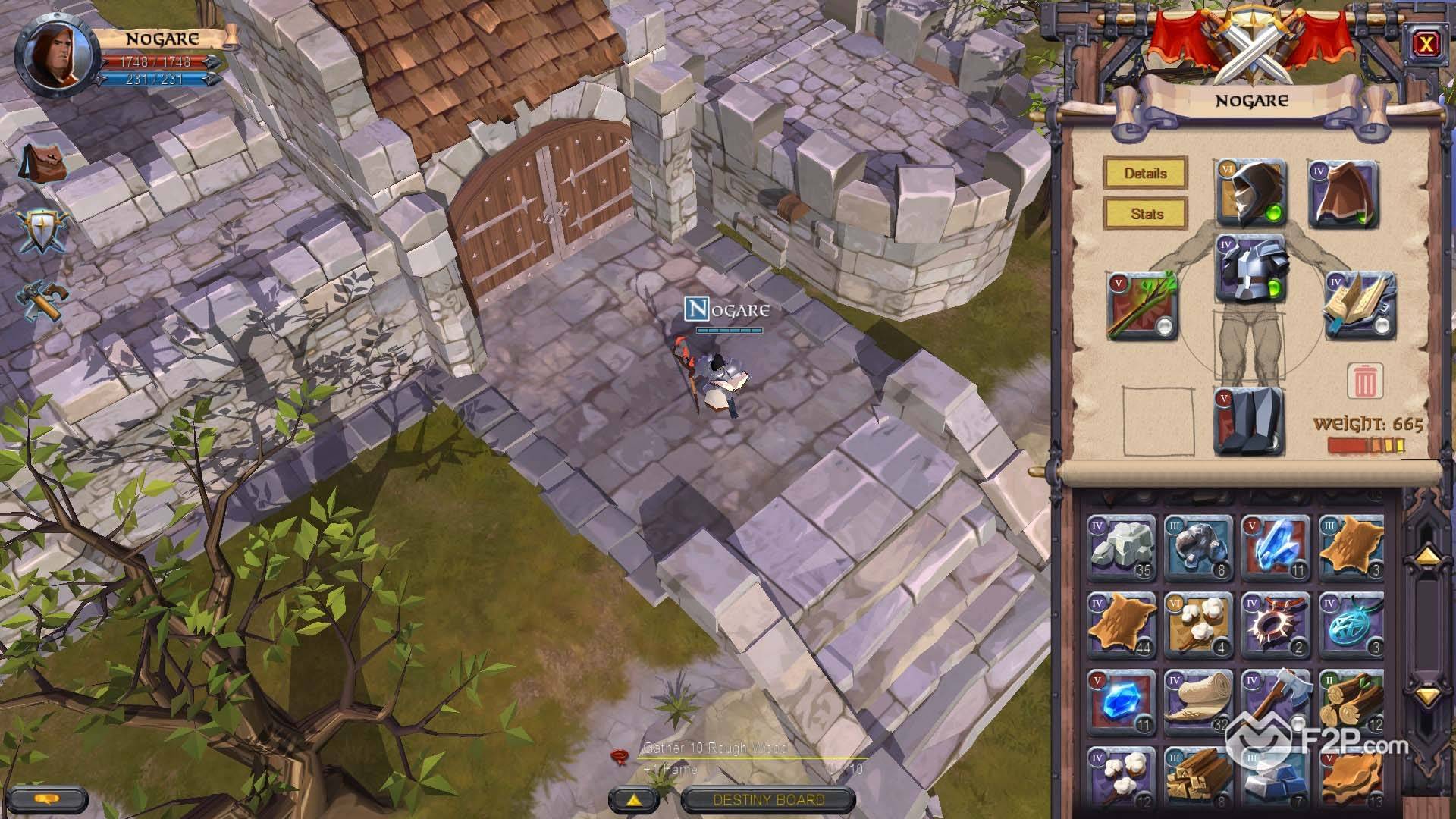 Albion Online which is an online sandbox MMORPG. Straight away you can tell that they have taken influence from other games such as World of Warcraft and Runescape, but it really isn’t all that bad because it has taken these ideas from these other games and done something quite good with them.

The game threw me off a little at first because there is this big fancy opening cut scene which is describing the story of how this new continent known as Albion has been discovered, and adventures are setting off from far and wide to explore and discover the mysteries of this new land. So, at this point I was expecting to be starting off with a couple of basic quests and then the story would unravel however I was wrong. I soon realised that there is actually no story at all in the game and it is literally just driven by the players wanting to better their characters and become more powerful to do some of the harder activities that the game offers up. 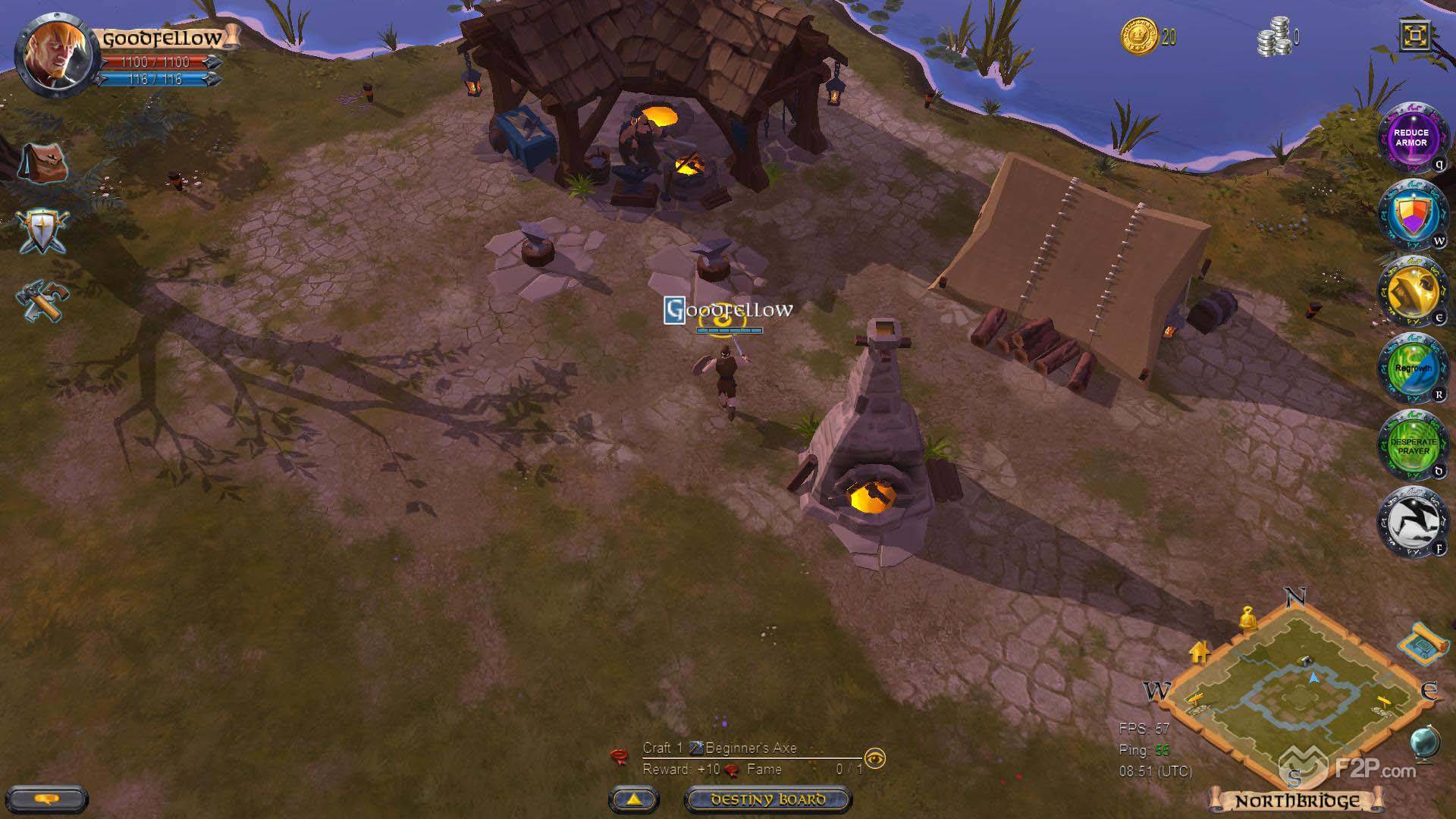 The gameplay itself has is obviously influenced heavily by Runescape you see that straight off the bat with how the combat system works as it is just click the enemy and let you character hack away until they are dead. The way you navigate the world is also the same way as you do in Runescape which is simply just clicking at a point on the floor that you want to go to and the character will run there. There is something I don’t like about the movement however which is that there is not really any proper pathing for the characters, so if you click on the other side of a wall the character will just run straight into the wall which is a little lazy really on the developer’s part.

The game does however have some really catchy points that I do enjoy a lot. The biggest one being that the in-game economy is driven purely by the players alone like the players craft and create everything they decide how much certain items are worth by how much they are all selling these items for. The player market that you will find in most games is where players can sell their goods to other players however in this game the markets are not global. So, for example if a certain area is recourse rich in a particular item or recourse then that item will be selling cheaper in a market close to that location than they would be selling in a market that is in a region that doesn’t have that item or recourse. 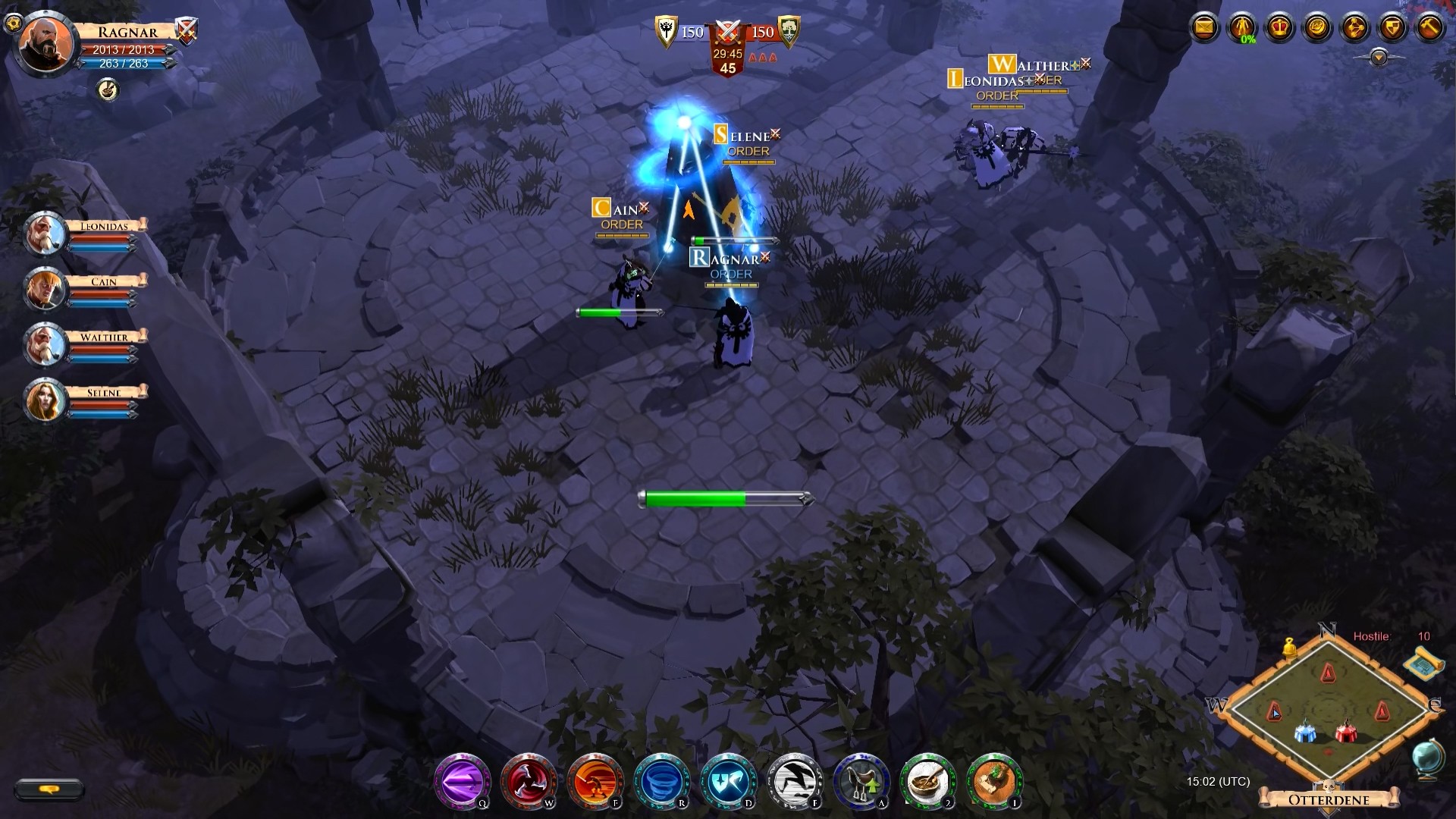 The biggest bugbear I have for this game is that until late in the game it is very paid to win. Normal players must use “fame” to progress through the game and unlock better tiered gear to craft and use. Whereas the players who have purchased premium packs can very quickly advance through the tiers using “Learning Points” and they can do things such as can gather more recourses at once than regular players and they also make a lot more money with their private islands.

To conclude the game itself is quite fun when you look past some of the problems that it comes with. With it being an MMORPG it has great replayability, yes it does come with a lot of grinding to get the resources that you need to advance in the game but when you look past them it’s a very fun system to play. I would recommend that if you are interested in this game then maybe give it a go because it will be better for some people than it would be others so the only way to really find out is have a go yourself. This is good MMORPG with a lot of promise and could turn into something incredible with a bit of work.