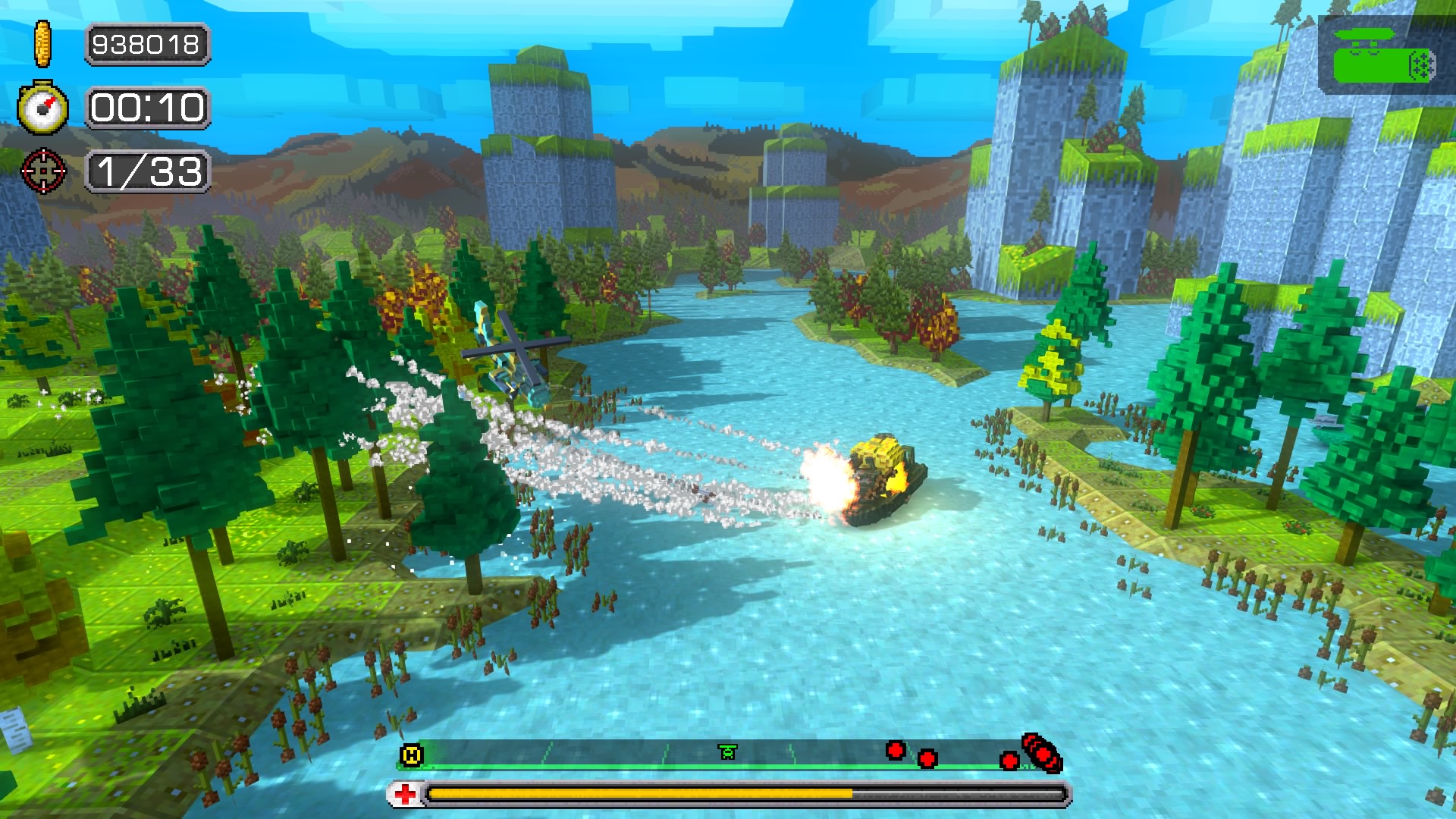 Dustoff Heli Rescue 2 is a very simple arcade style game developed and published by Invictus Games Ltd, this is the second game in the Dustoff series. Although developed by an Indie company it is clear to see that a lot of time has gone into the development and overall polish to the game.

Dustoff Heli Rescue 2 uses a voxel art style, like popular games such as Minecraft, which works well with the retro feel that the game also carries. As there are many different environments to explore throughout this game, it is clear to see that the art side of the team has put in hours to get the game as beautiful as it looks. This, accompanied with the different music and sound effects make for a pleasant experience while picking up and playing the game. Throughout the game, I didn’t experience any issues with glitches or lag of any sort, which is quite impressive for some of the high amounts of action that take place on screen. 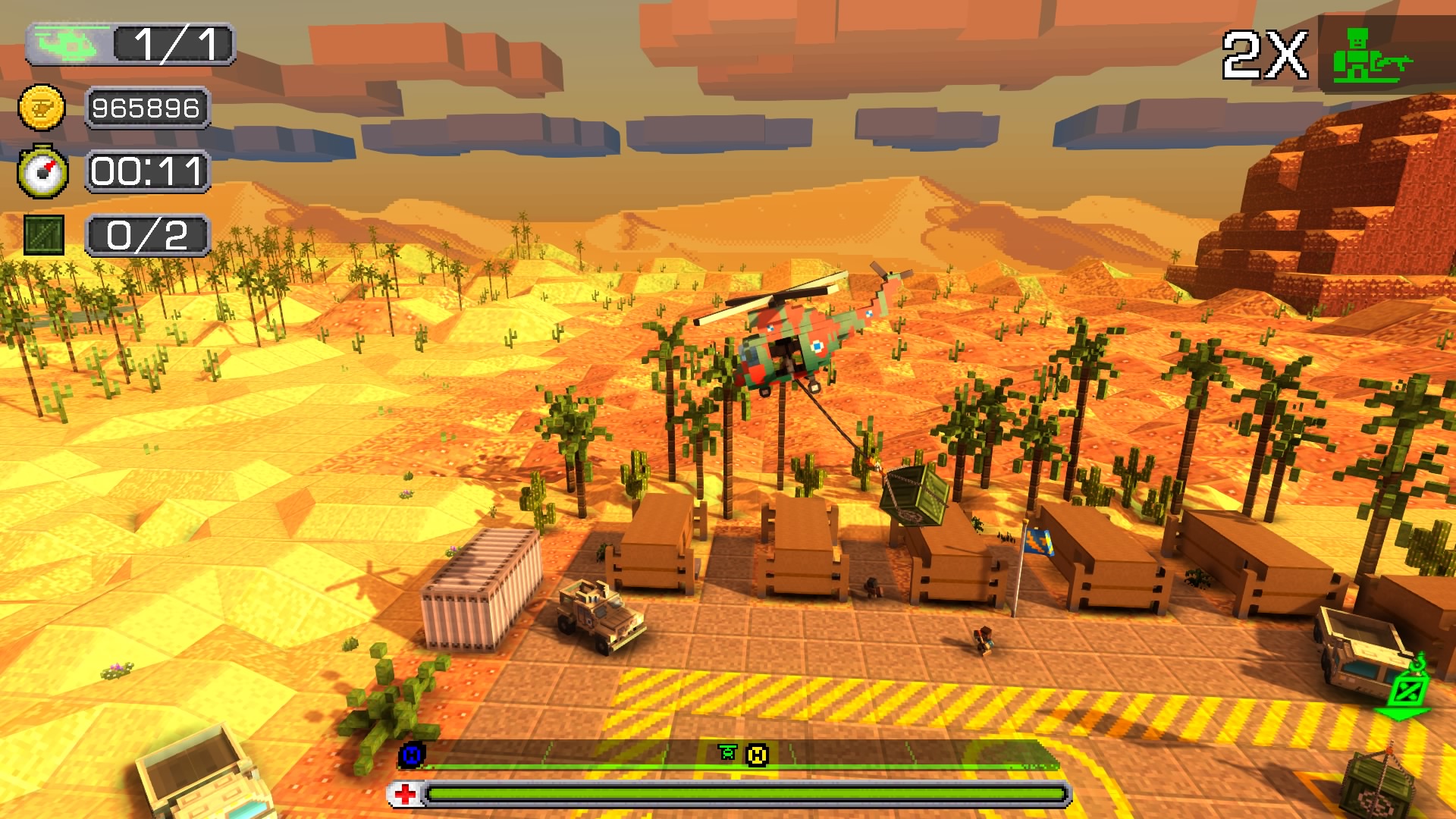 Players must fly through these levels to collect soldiers or help to take down large groups of enemy soldiers. There are 35 unique stages that can be found in this game consisting of cargo transportation, saving hostages, and protecting convoys, for example, all of these make for a very lengthy game which doesn’t get stale. Each of these levels can also be returned later to achieve 3 stars with different helicopters and to collect various dog tags, making for a reason to go back and challenge yourself further, instead of simply completing the game and being done with it. There are many different helicopters to unlock and purchase throughout the game, adding a sense of progression and rewards throughout the game, each of these also has unique properties allowing for different tactics to be utilized throughout the game.

Firstly, one of the first things that threw me off with this game was how to control the helicopters, this was done with the less conventional L1 and R1 buttons to move left and right, respectively. However, once I was able to get my head around these controls, I began to find the game much more enjoyable. The helicopters automatically have gunners operating and shoot automatically, making the focus on the player to correctly maneuver the aircraft to get in the correct positions to utilize these gunners. This concept is explained during the earlier levels of the game, with a slow build up with difficulty, allowing an easier understanding of the gameplay mechanics for newer players. 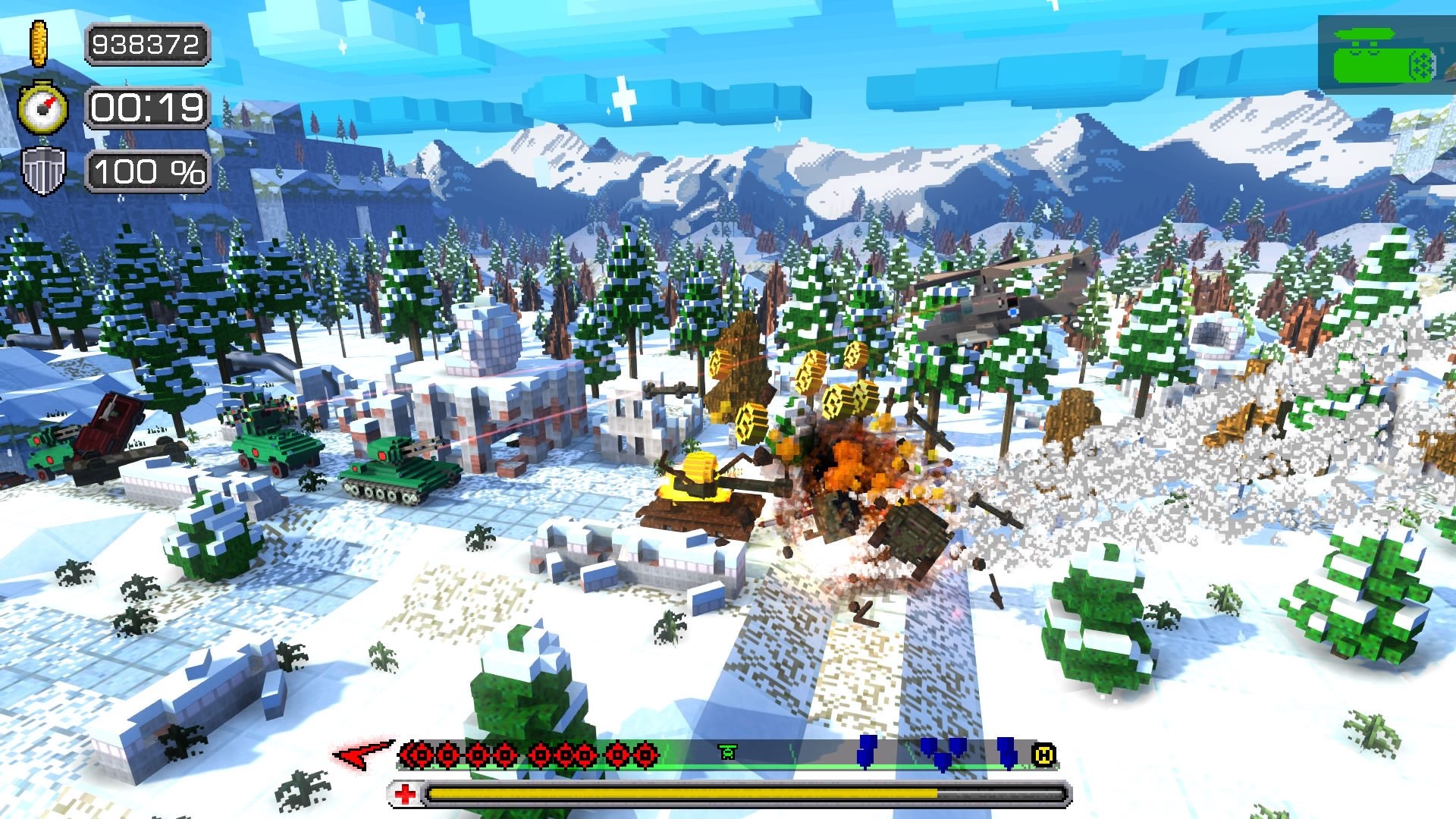 The game does also come with a platinum trophy for those trophy hunters out there, with not much difficulty other than having the patience to go back through levels beating the set time and collecting dog tags, this is obviously made easier by using the better helicopters upon unlocking them, however.

One of the things I wouldn’t agree with is the price tag that is also found in this game, at £11.99 I find that this was quite steep for what the player is getting. Upon completing the game, I would find very little reason to play again other than to get the collectibles that can be found throughout. Other than that, though I found the game very enjoyable to play and would see myself picking it up to play from time to time.