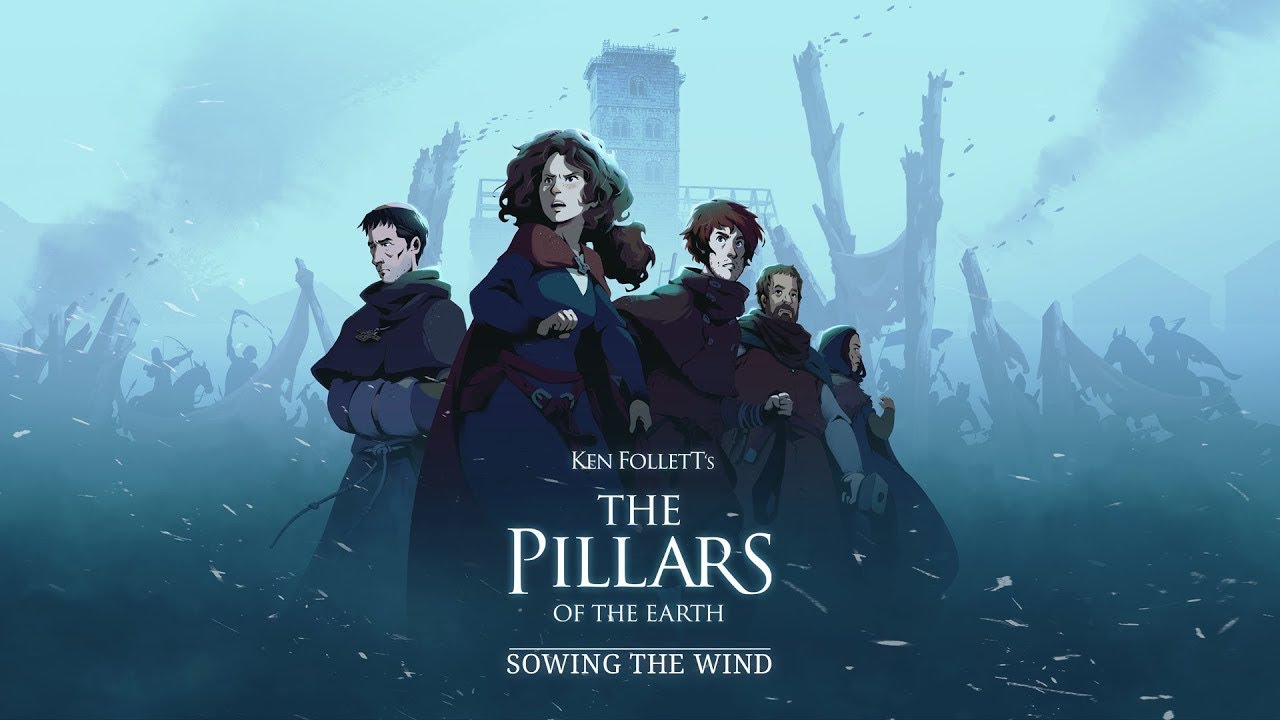 Book One of Ken Follett’s The Pillars of The Earth, is the greatest adventure title of this generation, without a shadow of a doubt. And while it was, and is, just a single episode, or rather a book, of a three-part series, one could argue, that such couldn’t be classified as ‘the best game’ in a genre, as it simply isn’t robust enough, to warrant such title. However, Book One, From Ashes, while serving a purpose of a single episode, is longer and more profound, than multiple Telltale series put together. And the episode’s inherent excellence, while winning over many, have also made others worried about the future of the series, as most assumed that Daedalic Entertainment won’t be able to maintain the awe-inspiring quality of the series, with the remaining two episodes. However, series’ second book, titled Sowing the Wind, has proven that is not just possible to maintain it, but also to elevate it even further.

Initially, Sowing the Wind, comes across as rather cliché ridden, and somewhat underwhelming. As book’s first two chapters provide the player with a backstory, in a form of a flashback into the life of Aliena and Richard. And while most, including me, can be initially put off by the book’s introduction, it has to be underlined that the inclusion of the two abovementioned chapters, ultimately becomes the high-point of the book. As it does not only provide one with a backstory of Aliena and Richard, but it also explains their personalities, and most importantly, it showcases how all the underlying plotlines of all playable characters, ultimately interlinks with one another. And the abovementioned chapters, canonically numbered 8 and 9, ultimately provide one with closure, which fills in all the potholes which the finale of book one, exposed. 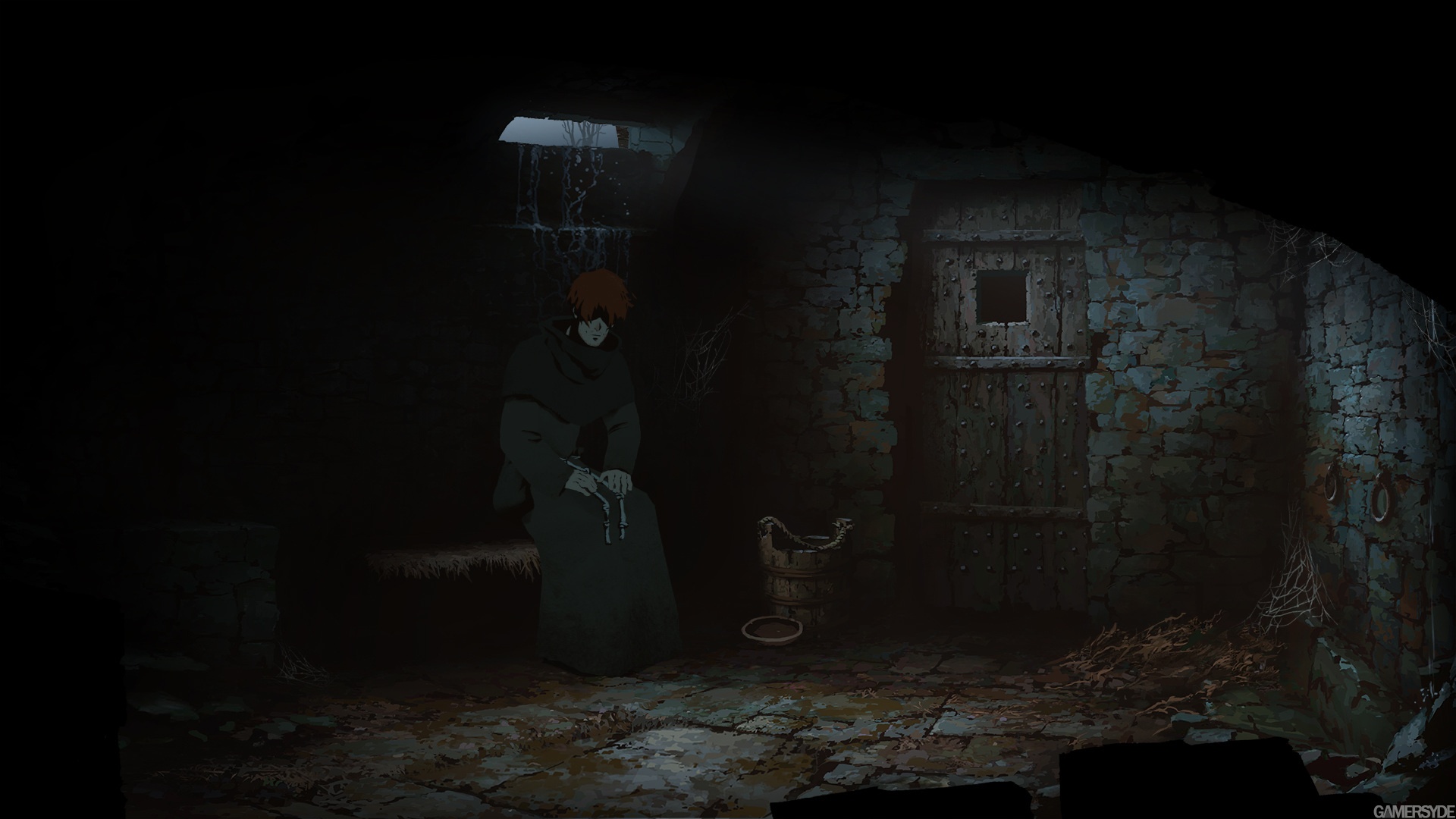 Sowing the Wind, begins rather slowly, as it concentrates on the beginnings of all characters involved. However, once chapter 3 begins, the book starts to gather pace, and it ultimately becomes an unstoppable freight train of death, pain, and suffering. A train which ploughs through lives of all the characters, and leaves nothing but a ruin behind. And while the ending of the inaugural book of the series might have suggested that the story of Prior Phillip and the rest of the protagonists may finally take turn for the better, it has ultimately served a purpose of providing one with a feeling of false security, which within two hours with Sowing the Wind, is inadvertently shattered, like a ‘large clay vase’.

When it comes to the main subject matter of Sowing the Wind, one could say that it is sorrow. As with each passing minute, the episode at hand, slowly but surely replaces all the positivity with grief and despair, and proves once again that there is no room for happy endings, or even happy lives in Ken Follet’s vision of 12th century Britain. And this is further reinforced by the fact that even the in-game protagonists, with each passing chapter begin to lose hope not just in themselves, but the things they believe in. And within the final chapters, Sowing the Wind, heavily concentrates on subjects such as God, faith, and family, and how those three things affect human will to live.

When push comes to shove, and the final credits roll, and when one is finally given a moment to think, he/she will realise how impactful, Sowing the Wind truly is. Each and every event which takes place within the episode has deep seeded implications not only on the current state of the story, but also on its future, which as things stand, looks to be rather grim. And once one realises the position in which all the main-line protagonists are left in, at the end of Sowing the Wind, he/she will dread to think what may happen in book number three, which possesses the rather ominous title, Eye of the Storm. And while Sowing the Wing, may not have finished with a cliff-hanger per se, it has come to an end with a number of open-ended plotlines, which may drive some into insanity in the coming months, as literary anything can happen. 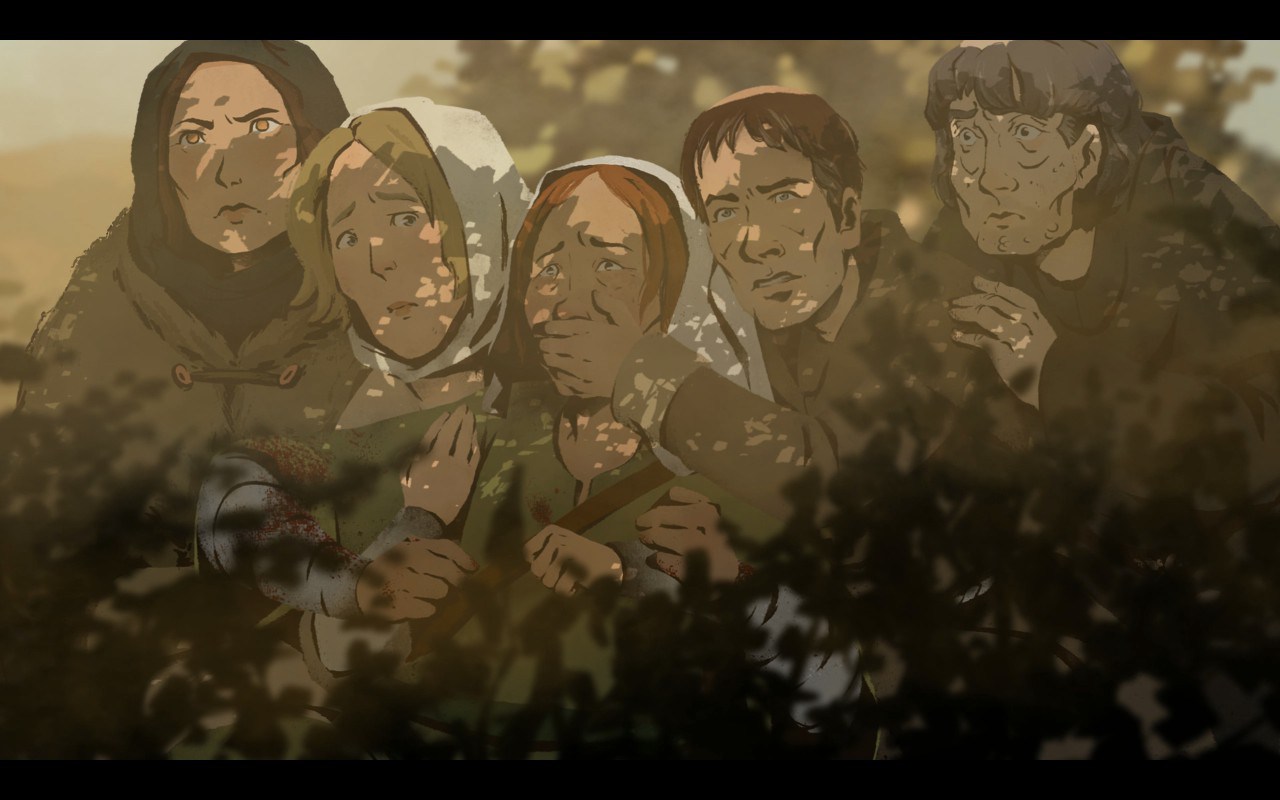 Narrative wise, Sowing the Wind, is just as excellent, if not better than the inaugural book of the series, From the Ashes. And that’s because its pacing is consistent, and past the second chapter, the book in question doesn’t even leave the player any room to breathe, as it relentlessly presses forwards, straight towards an overwhelming state of oblivion, fuelled by dread and suffering. However, while it may be excelling within the narrative department, it has to be underlined that gameplay wise, it differs very little from the first book. And while that’s not necessarily a bad thing, it would be nice to see to some new gameplay elements besides, short mini games and limited environmental interactions.

Ultimately, Sowing the Wind, is a borderline flawless adventure title, which has fuelled the fires of Ken Follet’s story to unimaginable levels. It is as intriguing, as it is heart-breaking, as unlike most contemporary stories, it puts the well-being of the narrative, before the one of the player. And while many may see Sowing the Wind, as overly negative and depressing, with time, they will ultimately come to an understanding that it is all for the greater good of the inevitable explosive finale, which is set to come with the third and final book, Eye of the Storm. And hopefully, the third and final installment of this particular series, will come sooner rather than later, as the nearly six-month gap between books one and two, was borderline depressing, and if the third and final book, is yet another six months away, many may simply forget that Ken Follett’s Pillars of The Earth, even exist.