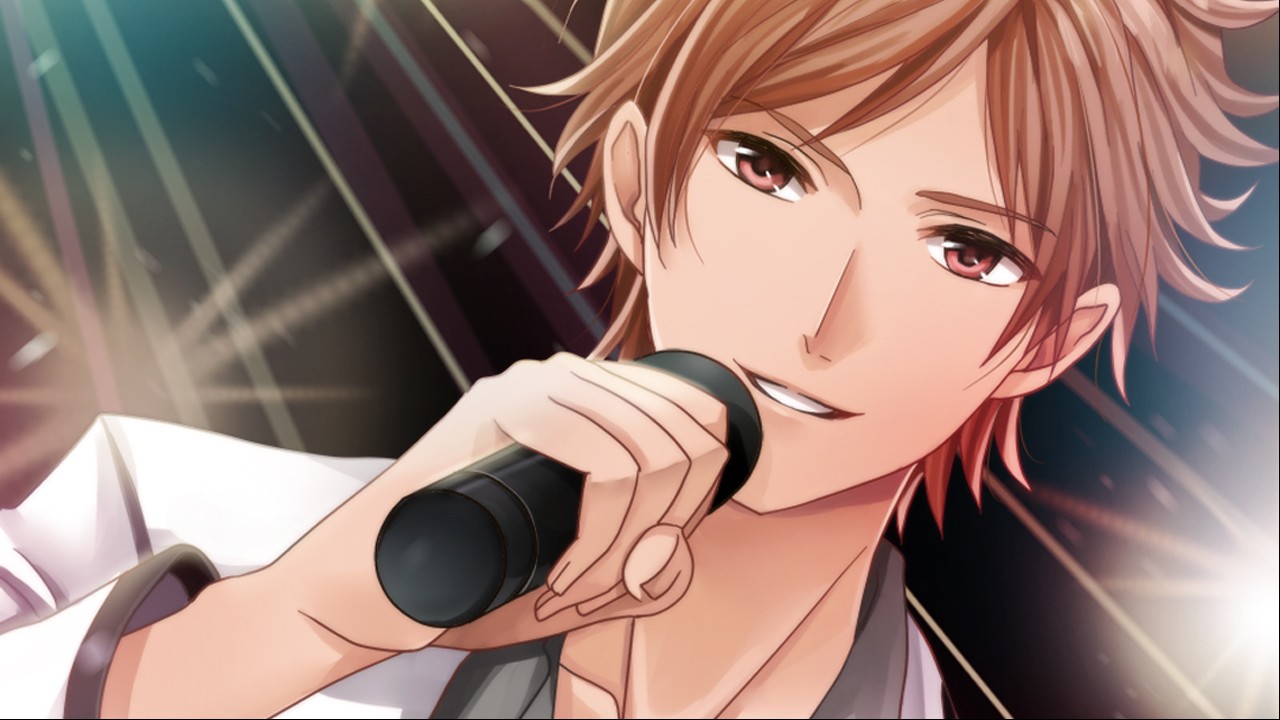 Dangerous Relationship is an otome visual novel by Dogenzaka Labs. Originally released on Steam in 2016, Dangerous Relationship is now on Switch and it follows the life and career of a budding stylist. The protagonist is surrounded by impatient bosses, rabid fans, and pretty boys. Yes, pretty boys. Dogenzaka Labs is well-known for their somewhat niche visual novels surrounding gorgeous men in situations that are eyebrow raising to some extent. One of their most notorious otome novels is Forbidden Love about siblings. I’ll stop there.

Dangerous Relationship follows the same tropes as most of their novels: Plain Jane main protagonist inexplicably ends up with one of 5 supremely handsome and famous pretty boys. I will go ahead and just say I can’t in good faith recommend this game. I’ll get to why here in a moment.

The bachelors to choose from are Ryohei Shindo, an idol group member, Kei Toyonaga, a sadistic (that’s in his in-game description) actor, Taiga Saeba, a model, Subaru Oshima, a rock star, and Akira Senba, a comedian. I have to admit with that last one that a comedian is the last thing I would’ve thought of compared to the other characters’ occupations. All of them seem alright until you dive into the game and get into how each of the characters play along with your protagonist. 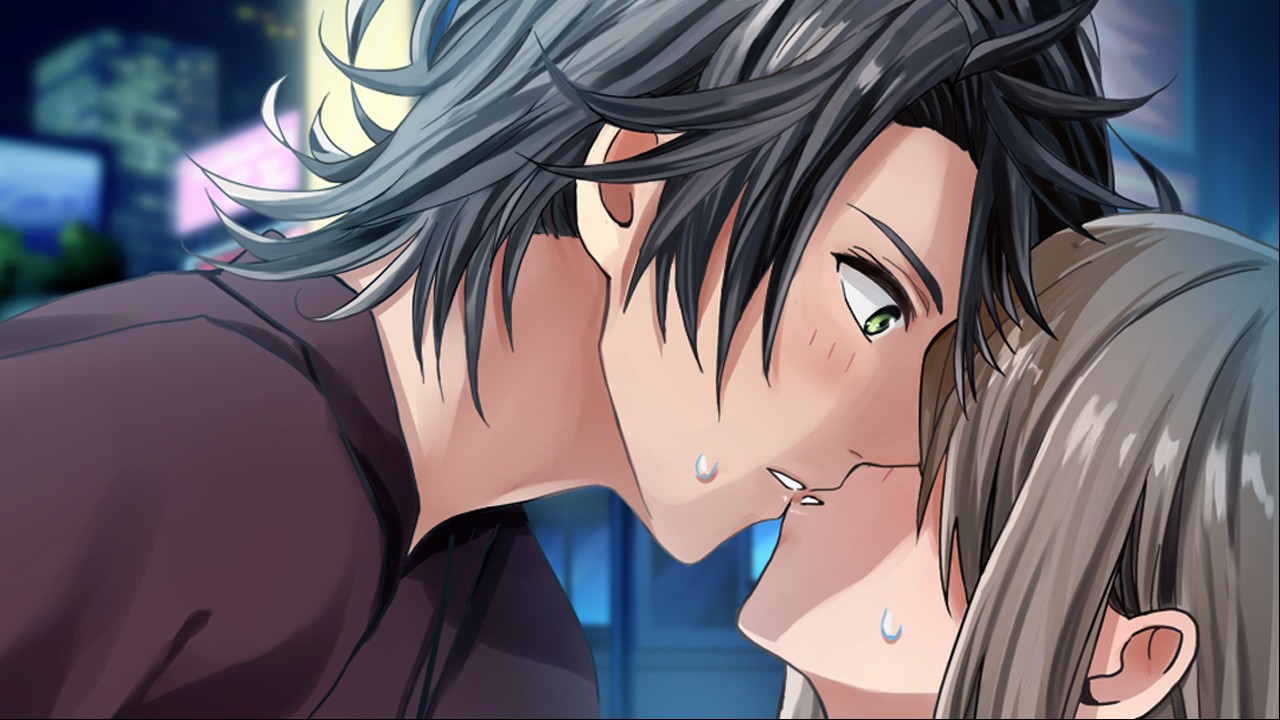 The Main Story comprises 8 chapters, a Happy End, and a Best End. Once completed, you also have a Sequel and Date Scenario. There is also a Gallery and Likeability scale on the character introduction screens. I played through 3 routes completely and by the end of both Taiga and Kei’s (who are the most verbally and physically abusive in my opinion), the game literally justifies their abusive actions because the protagonist got to be with them in the end.

The story, if you can call it that, for lack of a better term is nonexistent: In a nutshell, you’re a nobody cast into the limelight because you’re paired off with a famous guy, but have to keep it a secret because scandalous. As a visual novel, you’ll spend the entire time reading the interactions. The story is riddled with grammatical errors and it’s a complete cringe fest how much of a punching bag the protagonist allows herself to be. As with typical visual novel fare, you have choices. Or so the game would make you think. There seems to be a yes/no choice system. However, and I stress this, there is no weight to your decisions. Why even bother giving the player the option to choose if both decisions lead to the same conclusion??

For example, pretty angry boy Taiga likes to call you names like moron or that you smell like trash. And you just take it. You have two responses to how you react to him calling you that and say you select no. The result: Your character will think about Taiga’s reaction to you saying no and then turn around and GIVE in to the mental abuse, anyway. This is another serious problem I have with this game: The game glorifies mental abuse, sexual abuse, rape, and humiliation.

There is an excessive use of the word ‘force’ being used in Dangerous Relationship. He forced himself onto me, he forced me against the wall, he forced his lips onto mine. It’s disgusting and unsettling that the protagonist just kind of brushes it off and somehow equates this abuse to love later in the story. There are some moments where she thinks ‘is this how I really want to be treated?’ and instead of being rational, the writing and weightless decisions you choose excuses the behaviour and rewards the player with more kisses and sexual innuendo. The sex is implied, but it doesn’t make it any less horrible to read through. It’s like the writers took her reactions and downplayed it because she gets to sleep with a famous pretty boy. It’s sick. 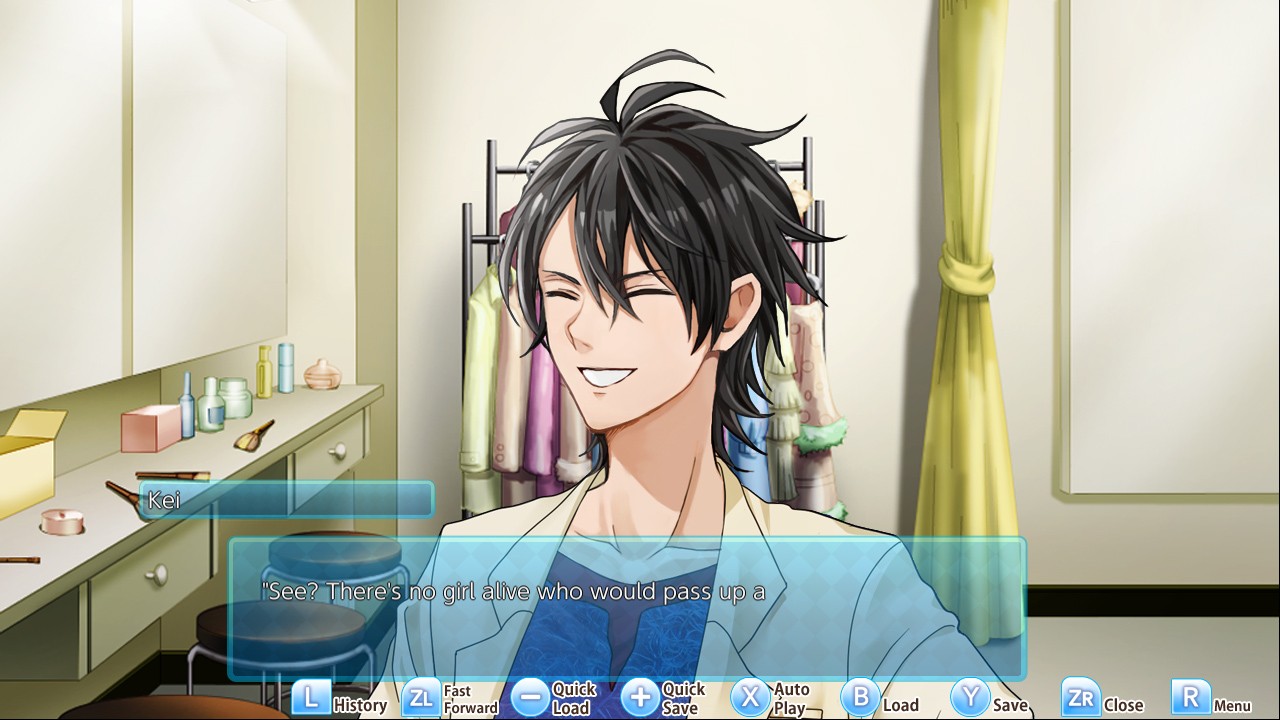 The graphics are basic visual novel designs. You have 5 guys who are super pretty and a no faced protagonist. You only see bits and pieces of her and for an otome game where you’re supposed to imagine yourself in their shoes, that’s typical. However, unlike other visual novels where you can find a level ground with the protagonist to some degree, there’s no common ground in Dangerous Relationship. Unless someone out there is the type who enjoys being sexually abused, talked down to, or groped on by super famous people, despite you repeatedly saying no, I couldn’t find anything relatable with this mysterious protagonist nor would I want to visualize myself in their shoes. The backgrounds are forgettable and reused throughout, and you see no other characters other than the guys and the protagonist.

The music is a whole other ballgame. There is ONE track. One track you’re constantly subjected to between 2-3 others. It’s the main track you hear when you start the game, and it’s the same track looped hundreds of times as you play the game. There are some musical changes depending on what’s going on, but it goes right back to the main track repeatedly. Within the first 20 minutes, I muted my game.

Dangerous Relationship tries to paint the picture of a small-town girl, living in a bustling celebrity filled world and falling in love with an unobtainable entity right where you work. But the game’s ignorance to what consent is and what love is all in the name of dating a celebrity is moot. Hence the name is Dangerous Relationship because you’re supposed to be careful with dating these celebrities because of scandals if the relationship got out. Except it’s the celebrities who force themselves onto you and don’t care if anyone notices, so the real danger here is abuse. There is nothing I liked about this game because just reading about what the protagonist had to put up with in the name of love was unsettling and off-putting. In the end, the ‘dangerous’ in Dangerous Relationship becomes pretty clear once you play.

The ‘dangerous’ in Dangerous Relationship becomes pretty clear once you start playing.