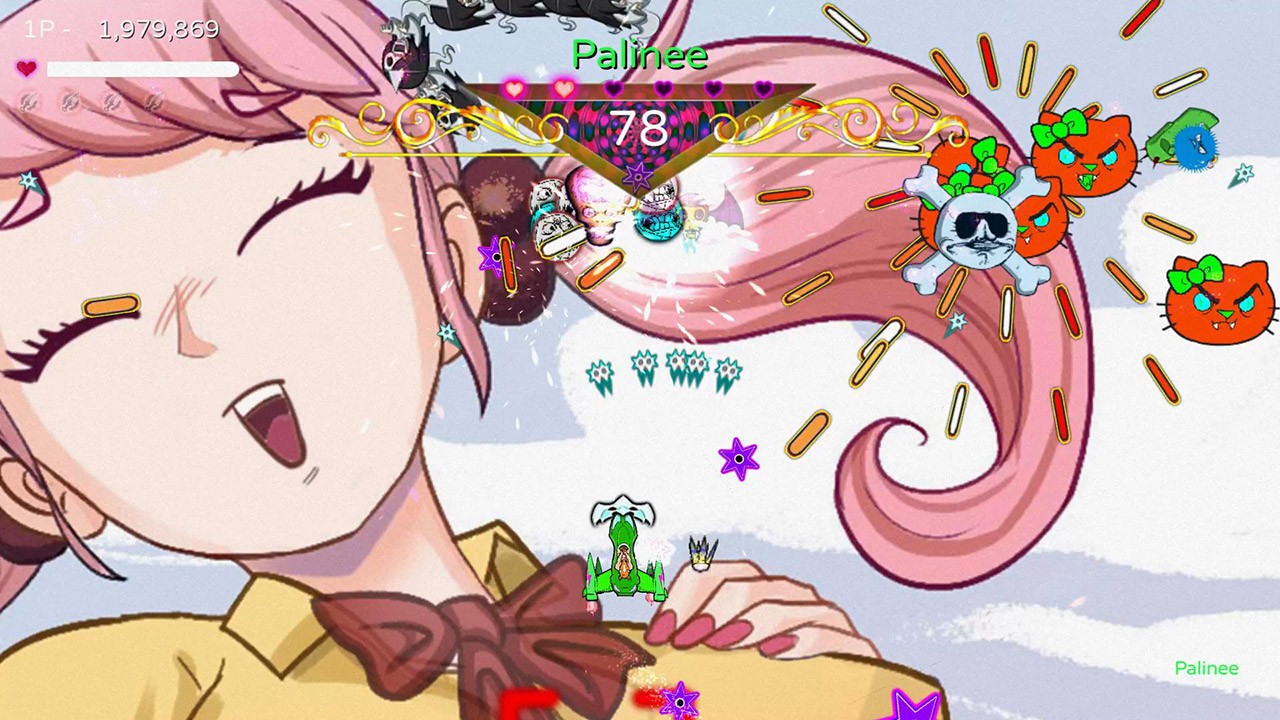 Well, there you have it: boobs on the Nintendo Switch.

I’m amazed that this is the time we live in, but there’s a lot of weirdness going on with the Nintendo Switch and the continually refilling dumpster fire that is the eShop. It’s crazy hard to navigate, and you really can only find something if you know what you’re looking for. We’ve seen games of all shapes and sizes, all backgrounds and brands of quality, and there have been plenty of near nude visual novels that’ve tempted the fates but never quite gone there. If fans knew what was behind the patch of NekoMiko or NEKOPARA, you’d be flabbergasted that any version was allowed within the ivory walls, and now we’ve reached this level. Eastasiasoft has found the totally on the nose studio of One-Hand-Free-Studios (which has one of the most unpleasant studio logos I’ve ever seen), and brought Waifu Uncovered, a bullet hell shmup dedicated to seeing anime boobs, straight to the Switch. Huzzah.

For the record, I knew what I was getting into when I started playing this game, I just didn’t imagine to what level it would all descend. You start off with two game modes to play: normal and arcade. It’s bizarre, because the two versions are virtually indistinguishable except for the arcade mode has a “mystery” eighth stage to conquer, only it’s not a mystery because you can see her thumbnail in the gallery section and she’s the freaking icon for the game itself. You’re some kind of horse ninja thing, probably just a dude in a horse head mask, and your job is to detonate a bunch of ships that are shooting at you over the course of approximately six waves, plus a boss to tie it all off. As you fight through the waves, your battle is done as an overlay on top of an anime girl, and each wave removes some stage of her clothing. Eventually, you fight the boss, you see her mostly nude, and we all drop the Mission Accomplished banner, which might be the weirdest euphemism for masturbation that we’ve seen yet.

Before we can even get to the main gameplay, let’s make sure we’re clear on some things that the “curious” might need clarified. As you play Waifu Uncovered, you can, eventually, unlock the potential for uncensored artwork. Once the potential exists, you then have two options. You can play the stage normally and earn the nudity, which is as odd as it sounds. You need to blast every single ship in an opening “precursor” wave and missing even one just kicks you back to censored artwork. If you hit every single ship, you still need to get to at least wave four before anything really shows up on the screen. If you’re lazy, you just need to first get the uncensored prize from one of the stages, and then just beat the game as normal. Now you have access to seeing the different girls in the gallery as optionally censored or uncensored, no gameplay needed. And yes, there’s full breasts and nipples for every girl, but nothing of the genitals. If that’s a dealbreaker for you, I assure you the seven dollar price tag (over twice the Steam price) can be invested elsewhere to see a lot of full nudity, and some of it may even be animated. 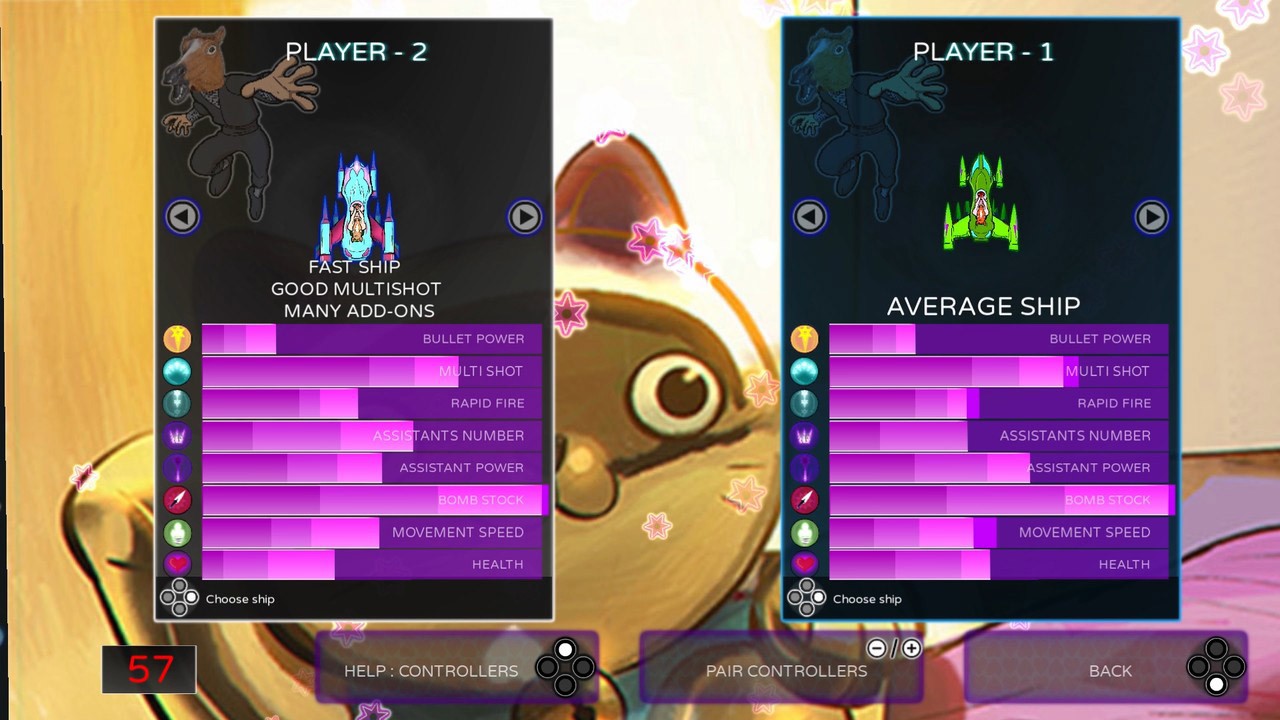 Now, as for the game itself, here’s the weird part: Waifu Uncovered is a shockingly competent bullet hell game. As a vertical shooter in a limited playing field, the evolution of waves and enemies comes in a pretty steady progression. You start off with just one ship, and the ship gradually allows for more and more upgrades to it that make for better shooting and maneuvering. You collect bullet strength improvements, wider multi shots, faster ship responses, shields and extra bombs, with the fun bonus that collecting bombs when your reserve is full just automatically detonates a bomb, giving you a great assist most of the time. Failure to collect the upgrades results in you dying pretty freaking fast, and you even have to be careful due to the presence of downgrades, which are red-coloured bubbles that actually bring down your stats in different fields. I made this error a couple of times and it was pretty demoralizing and nasty. Once you’re generally comfortable with the lay of the land and get a few victories under your belt, there are other ships that you unlock of differing strengths and proportions, so you can really customize your approach to the ordeal based on shmup experience, though the starting ship is always a safe bet for singular trajectory victory.

While the enemies of Waifu Uncovered aren’t particularly clever or even good to look at in design, their execution on the playfield makes up for it. You’ve got bullet patterns that can be shot down, bullets that cannot be stopped, but can only be avoided, and bullets that come in massive hails of hell if you’re not prepared for them. Enemies have different, specific and sometimes erratic-appearing flight patterns, and you can have moments of overwhelm. For reasons that will forever elude me, One-Free-Hand-Studios made this game with some bizarre reaction faces that popularized 4Chan and Reddit close to five years ago, if not older, and they’re attached to certain enemies without meaning or reason. Why is the massive meteor that occupies the screen looking like the “Me Gusta” reaction? It doesn’t matter, but what matters is that you gotta blow the hell out of it, multiple times, which is a death sentence if you’re not armed with a sufficient bullet power upgrade.

The bosses of Waifu Uncovered are a mixed bag of weird euphemisms (why a Pussy Rabbit, really?) strange entities (the Mars Attacks inspired UFO) and what appeared to be a literal flying pile of crap. In the same vein, their attack patterns are odd. The Pussy Rabbit can be dealt with pretty easily, as it generally telegraphs its attacks clearly. The soccer ball boss has one of the few unblockable attacks by physically slamming into you, meaning that all the upgrades in the world won’t protect you if you’re not fast. Even the flying poop is a pain, smearing faeces on your screen and obscuring your vision, to the point where the smears stay until well into the next level, which is both gross and frustrating. The only real boss that gave me issues were for the final unlockable girl, and that’s because the presence and bullets were insane, and dying meant trying again from the very beginning. 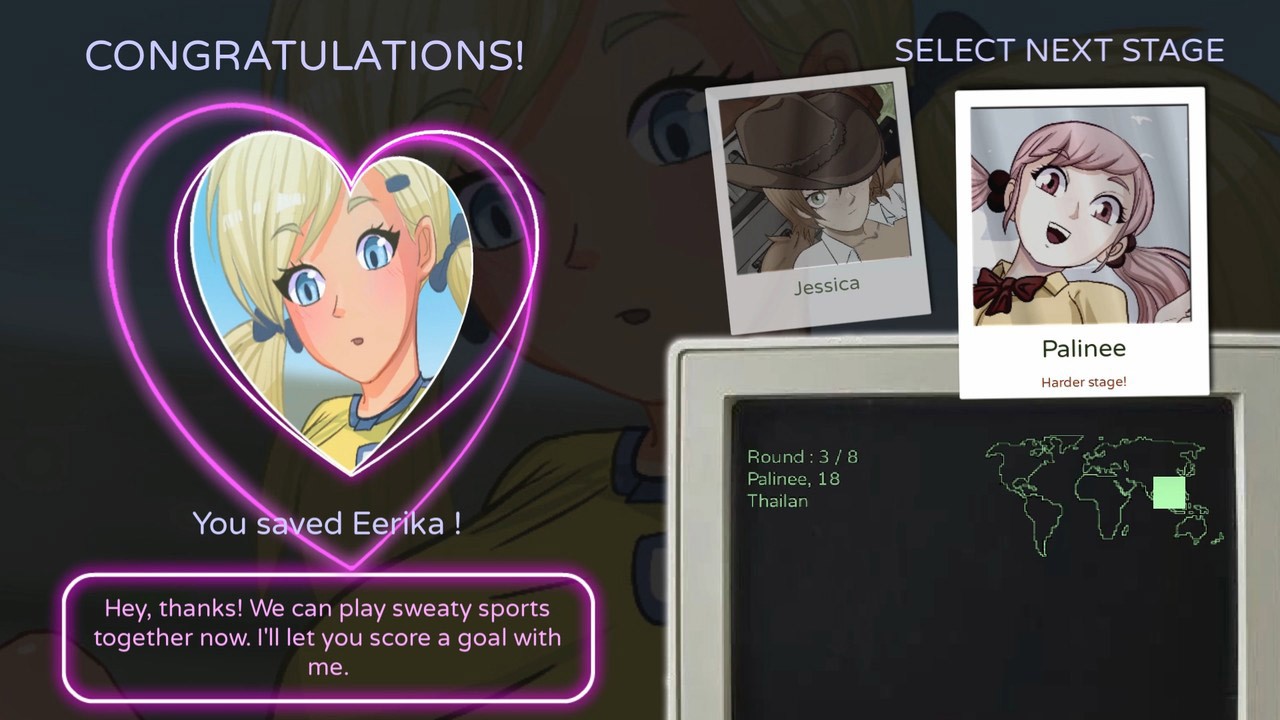 There’s a decent balance to it all in Waifu Uncovered. You really want those power-ups to even survive through to the third wave, and there’s a decent risk/rewards baked in. Rather than just choosing the next girl automatically, you’re given a chance to decide which of two, and there’s always one that’s “harder.” Being able to beat the harder stage means a longer fight, but it also means stronger power-ups and, in the future, only needing to fight the “weaker” stages, which become insanely easy if you’ve banked on harder ones previously. You don’t get killed in one hit, but the hits can rack up fast if you’re not cautious. There are healing drops that come, but you also get a minor heal between waves, so your early mistakes won’t be permanent failures. And, from the visual aesthetic side of things, players who want to see nude anime girls will get a slow reveal over the waves, which is its own incentive, if that’s what you’re into. Let’s be honest, if this is the shooter you decided upon, you’re into that, and it’s done well and there’s a good variety of models to view, so enjoy.

The only thing I didn’t really care for was the One Handed Mode. Clearly another wink and a nod to the obvious self-gratification aspects of the game, One Handed Mode puts you in the cockpit of a weiner ship and you play the whole thing with the touchscreen. This probably made sense when Waifu Uncovered was on the PC and you could do it with just a mouse, but the Switch solution is weirdly unresponsive at the worst possible times. If your finger suddenly slips or stops having contact with the screen, you just stop shooting, and you can get into trouble fast. Thankfully, the difficulty is also balanced since they expect you to be less responsive (for different reasons), so you can still clear the game well if you’ve gotten comfortable with the idea. I just didn’t like it as much as the controlled game.

There you have it. Waifu Uncovered. Not the longest fight to see breasts in a video game, but one of the oddest ones for the Switch, certainly. Still, I can’t deny that it’s a competent shmup, and the design is good: you seriously get what you pay for. Though if anyone’s going to be bold enough to join the online leaderboards (which is optional), I seriously doubt, and the two player mode just feels like an awkward conversation with your roommate after the game is said and done. Well done?

I can’t believe how far Nintendo has come, and I can’t tell if that’s a good thing or not, but hey, here’s bullets and boobs on the Switch.