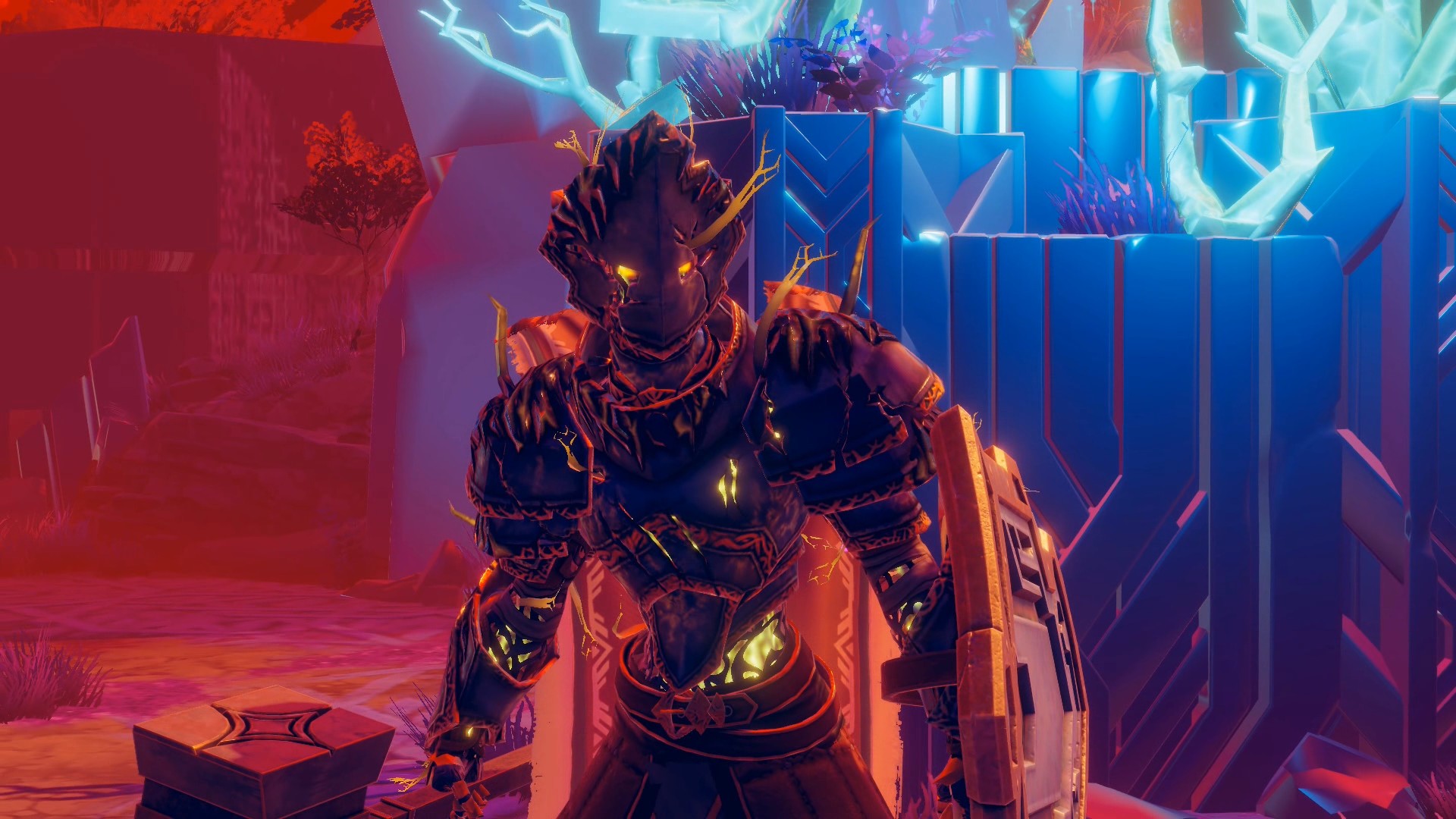 If you’ve never played any games using a VR headset, you may not know that feeling, but sometimes virtual reality games just click. At times, there are VR only experiences such as Blood and Truth, but in other instances, there are ports such as Skyrim VR. However, if you’ll take a look at the ever growing library of virtual reality centric titles, you’ll notice a trend, a trend that can be a little worrying – as the overwhelming number of VR experiences is centred around on-rails like combat games, which offer little-to-no choice in terms of gameplay. However, the recently released Until You Fall is looking to break that trend, with its VR take on the rogue-like genre.

On the surface, Until You Fall, may look like just another sword-fighting game for VR. But unlike your other run-of-the mill melee combat games such as Vader Immortal, Until You Fall is not trying to deliver a brief and forgettable narrative experience, but rather a narrative-light, combat-focused, and player agency heavy game – yes an actual game, with content and actual video game mechanics. And these include skills and abilities which elevate Until You Fall, past the status of your generic hack and slash; upgrades, which introduce the player choice, and greatly increase one’s investment, and involvement into the proceedings; and lastly equip-able gear, which gives you the player the rhyme and reason to grind.

For the first time, since probably The Walking Dead: Onslaught, I can honestly say that I’ve played a VR game, instead of being handheld through a VR experience. And this is not only incredibly surprising, but also immensely satisfying. Because unlike other VR centric software, Until You Fall has actually given me not just a reason, but many reasons to play. And sure, I’ve said a lot of good things about other VR titles, such as the recently released Budget Cuts. But unlike the scissor throwing, robot executing, stealth ‘experience’, Until You Fall is not a one and done affair. As instead of deleting it off of your hard drive after the first go, you’ll want to have that addictive – one more try. 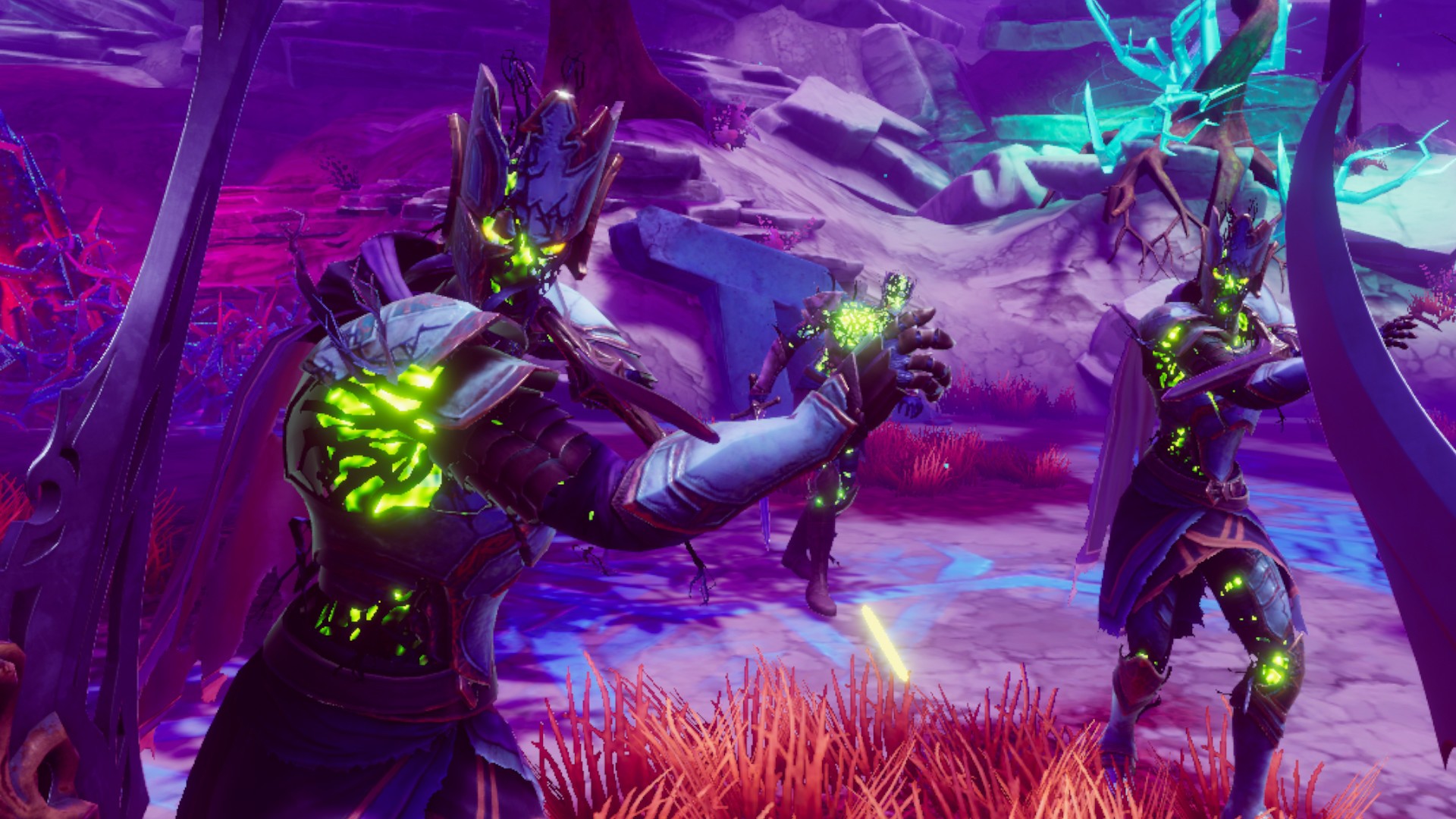 My issues with many VR games usually stem from the fact that they are simply not pleasant to look at, as L.A. Noire, The Walking Dead Onslaught, and even Skyrim VR, all look incredibly rough, and are in no way, shape, or form inviting. Until You Fall on the other hand, features some incredibly character and environment models, which are all dressed in a vibrant and eye pleasing colour pallet. And while going through the countless quote-on-quote dungeons of Until You Fall, you will never feel bored, as the title’s visuals only further perpetuate the excitement, which its gameplay sparks with the first swing of a move controller.

While not focusing on the narrative, or any of the modern indie nonsense, Until You Fall manages to be incredibly engaging, and captivating, through the immersion which it creates with its visuals and gameplay. In most titles, your character’s arms are usually disembodied from your torso, or are presented as two floating palms. But Until You Fall, is having none of that, and instead it features a fully animated player character model, with arms connected to the body. And this is not just important when it comes to surface level immersion, but also the user agency, as all combat actions are, including blocking, are carried out using motion. So, if you try to block an attack, but end up having your elbow sticking out past your dagger’s blade – you will get hit. But that will not be seen by you as cheap damage, or the title cheating, but as a learning experience, because as soon as that will happen, you’ll know what you’ve done wrong, and you’ll know not to do it again.

Until You Fall is an incredibly immersive title, we have established that already, but that immersion comes at a price. And while the price tag for it is not too steep, then it has to be said that it requires a lot of effort, as enemies on the latter stages, are literal sponges – especially bosses – and require dozens upon dozens of strikes, blocks, and dodges, in order to get anywhere near perishing. And while this serves as a grand form of exercise, even while sitting down, then ironically enough, it will not sit right with some users. In addition, the high health count of some foes, and the cartooney feedback, makes the combat feel a little weightless, and lacking the proverbial crunch. So, while defeating difficult foes will grant you with some satisfaction, then it has to be said that it is nowhere near as exciting or adrenaline fuelling, as  a screwdriver stab to the head within The Walking Dead: Saints and Sinners, or a well placed hook within Bar Fight VR. 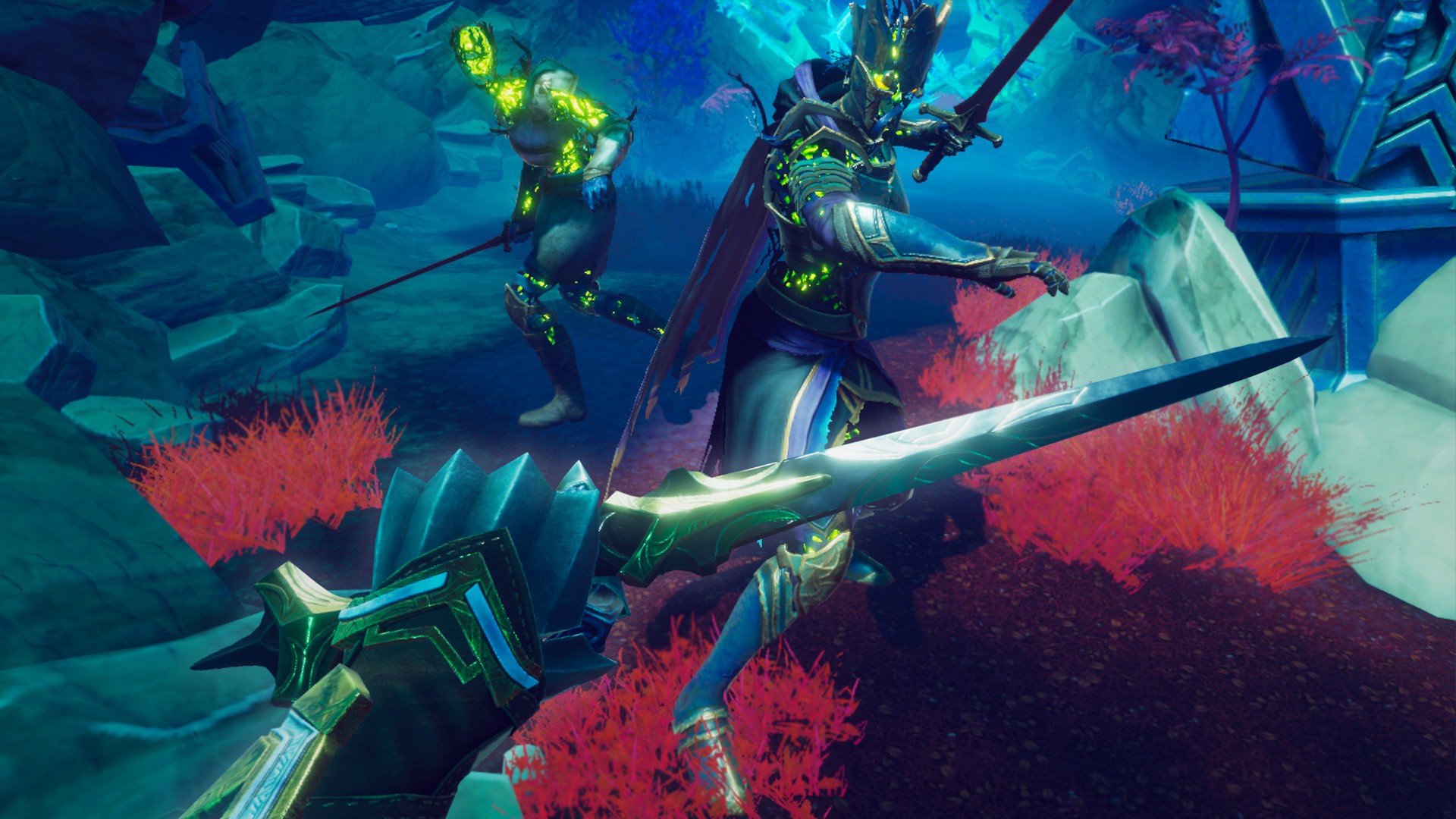 The irony of a lack of the proverbial punch, can be quite comical, but the developer of the title is clearly aware of it, and it has tried its best to mask it using the sound track, as well as special audio effects. The score of Until You Fall, is heavy on fast paced electronic music, and while the high beat rate does not match the early-game encounters, it is more than fitting for the latter stages, where foes are plentiful, and much stronger than the standard mobs. In addition, every strike, block, and dodge comes with a unique sound, providing you with audio queues, which allow you to gage whether you have connected your attack, accurately blocked the incoming blow, or dodged the piercing stab coming your way – without having to constantly stare at the enemy at hand, or the on-screen UI.

To summarize, Until You Fall could be described as a masterfully crafted virtual reality game, built on the back of the studio’s previous effort, I Expect You to Die. And it appears that Schell games have learned a lot from its previous VR endeavour, as the many flaws of the spy-themed, escape the room experience, such as the floating disembodied hands, have been rectified within Until You Fall. But the studio’s experience, has not entirely resulted in a flawless title, as while being a great game, Until You Fall still has its issues. But looking at Schell’s learning curve, we can surely expect the studio’s next title to be an absolute masterpiece – but for now, Until You Fall will be more than enough to satisfy your VR itch.

Until You Fall, is one of the very few VR products which can be classified as a video game. And while it may not be entirely perfect, it does more than enough in order to justify its asking price.