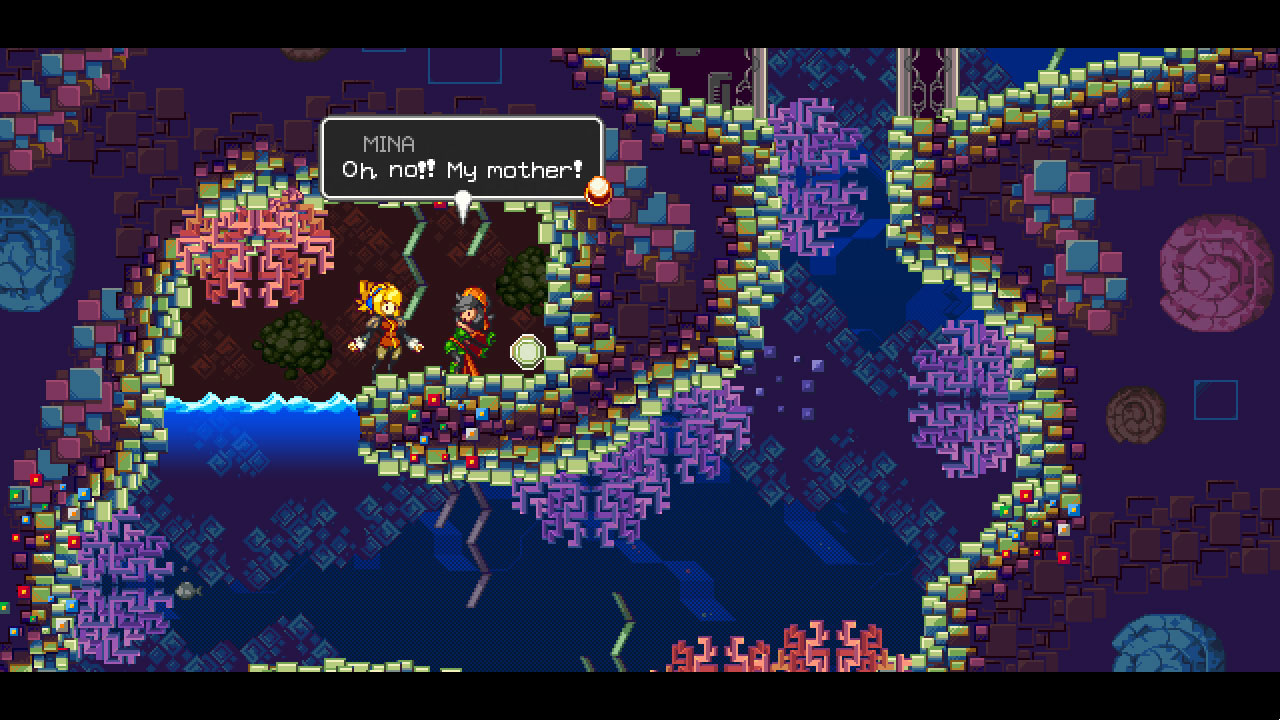 “Indie” games developers are really killing it at the moment. It may be because of big publishers embracing indie gaming (such as the recent Nintendo direct entirely dedicated to indie games as “Nindies”) the “one band man” developers seem to create much better (and ultimately more fun to play) games than the same old drivel bigger publishers are putting out. Over the past few years, gorgeous and retro feel realised games such as Fez have captured the heart of many gamer (obviously mine included) and though the visuals may be simple (I think they look awesome) though it can’t be denied the game play is fun – it’s astonishing to think these titles have been made by one person (or the very least a small team) and going on to become a massive hit. Can the same be said for similar made Iconoclasts? In short answer, yes!

Iconoclasts tells the story of Robin, a mechanic in a world where a corrupt religion called One Concern has taken over the Government and allows only licensed mechanics to work. Unfortunately for Robin, she’s an unlicensed mechanic but that doesn’t stop her from trying to help her people in need whilst on the run from One Concern and it’s many dim witted soldiers.

The story is told through various encounters with characters throughout different worlds – and I have to admit, I have often got lost in the texts from some lengthy conversations, but the story is still rich, drip fed throughout the colourful environments and very fiendish puzzles. 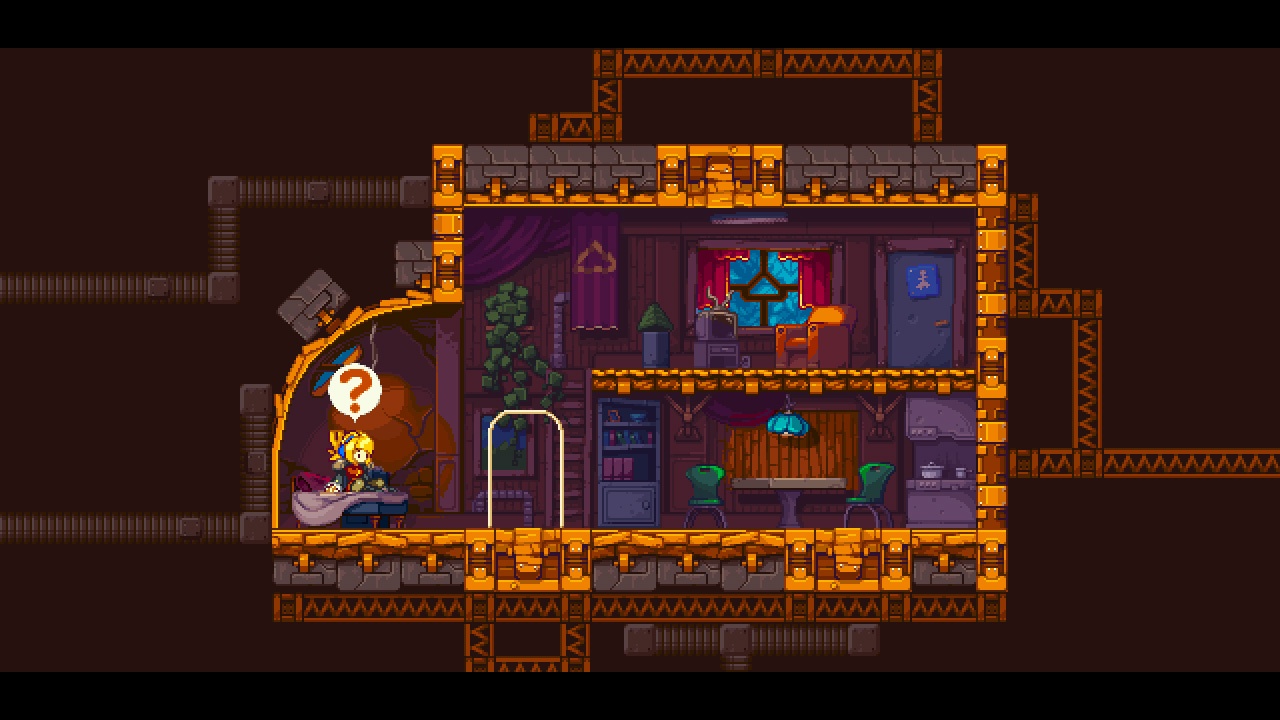 As you play, abilities are unlocked (or Tweaks as they are known in game) some are different upgrades for your blaster style gun whilst others can help Robin hold her breath longer underwater or be more agile and move faster. Tweaks can be unlocked by finding them scattered throughout the game and often, you’ll need to solve a puzzle to reach it.

Be prepared for a lot of puzzles as you play – whilst some are easy, some can be quite lengthy and I did find myself getting a little frustrated when no information or clues are given as to how to solve them. Never the less, most of the puzzles are fun to play and require combining Robin’s Tweaks and abilities to conquer.

Some bosses can be quite difficult too – not that it’s a bad thing, they pretty much appear out of no where ( when usually if you’re playing any other game you can predict a boss is coming up) such as at the start of the game, I had only just learnt the basic controls, when wandering in the first level, I found myself trapped in a dead end and facing the first boss! Whilst I did manage to defeat the boss quite easily, it sort of set the tone for the game – expect the unexpected!

Visuals are brilliant – the 16 bit graphics are really pushed to the limits, with lush environments, wonderfully detailed characters and great animations. I played both the PS4 and PS Vita versions (with cross buy) and pleased to report the game looks great on both! 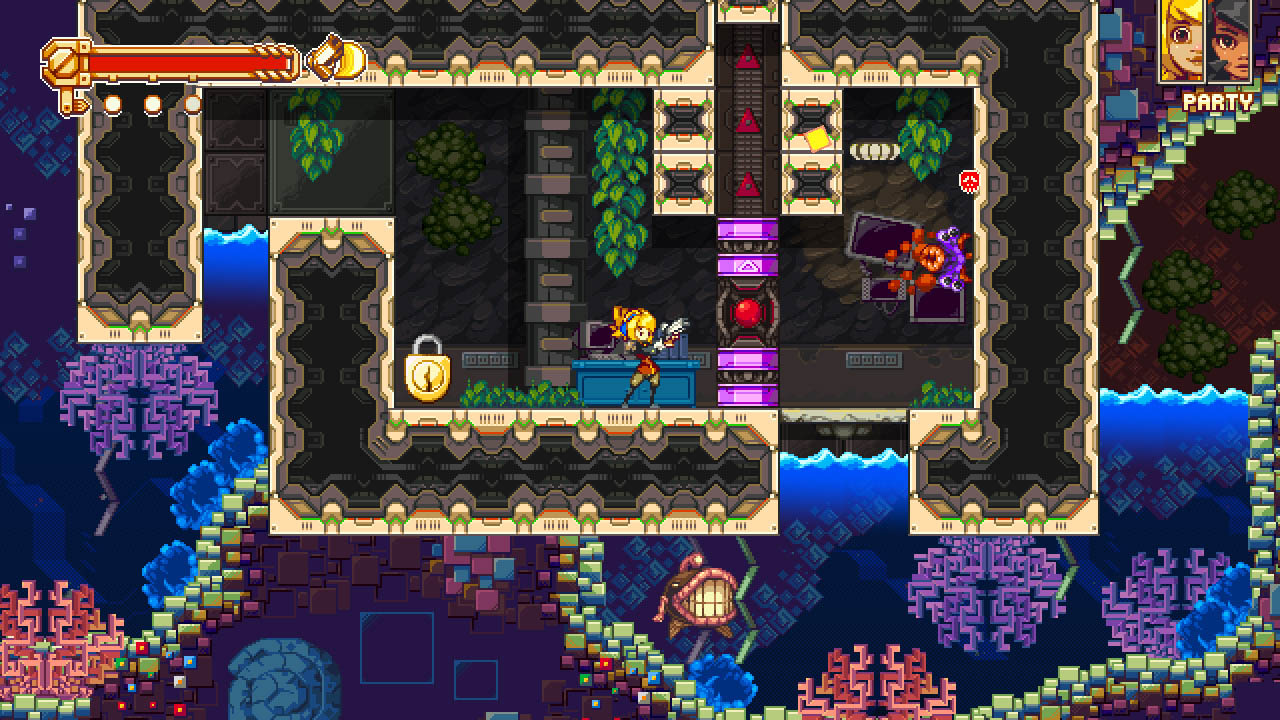 The game’s soundtrack is great too if a little repetitive – I did find myself listening to Spotify instead of the game for some parts, but overall, fantastic retro sounds and good soundtrack complete an already fantastic game.

For some parts, you will have other characters in your party, such as when searching for scientists to help stop the One Concern soldiers taking over an underwater village, your party includes Mina. Most of the level you’ll play just as Robin as usual, but the boss level sees both Mina and Robin working together to defeat the foe.

Controls are pretty easy – using the circle button will unleash spanner attacks and square is used for your blaster. It’s worth bearing in mind, some skills and abilities will be unlocked later on in the game, as I often found myself coming up to parts in levels that I did not have the ability to do until later.

Iconoclasts took 8 years to develop – and it really has paid off – the amount of detail in the visuals not only look great but help create a living world that strengthens the story as you play. It’s got some fantastic set piece puzzles, great environments and a brilliant story too – showing indie games could be the way forward for many gamers who want a rich, fulfilling game without paying £40+ price tags.