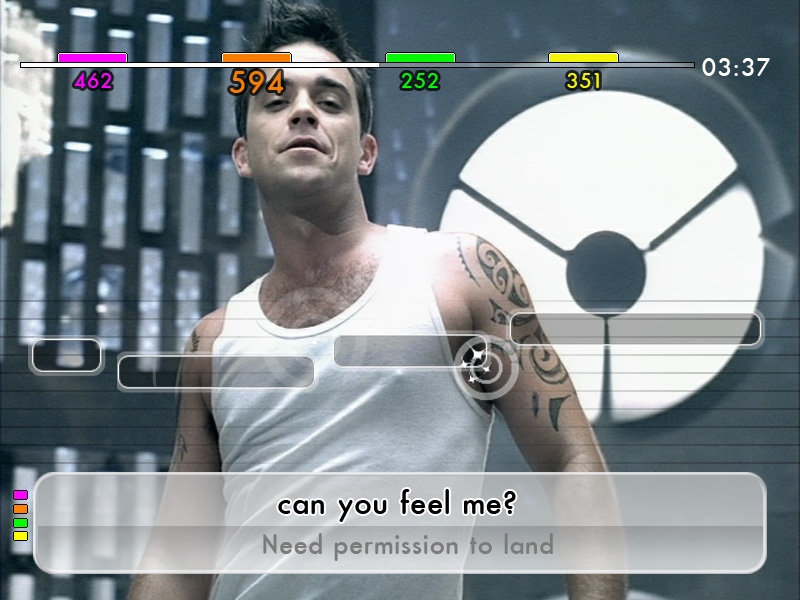 There are 25+ songs to choose from, some more iconic (Angels, She’s The One etc) than others (Mr Bojangles, Sin Sin Sin etc). All 25+ songs are accompanied with the official music videos which adds a touch of professionalism to We Sing Robbie Williams. The most recent release ‘Shame’ is an unlockable; although you’d have thought it would have been playable from the start. There’s also a trio of medleys to play through, which is very similar to what you find in the Singstar series. There’s a good variety of songs on offer which should please most Robbie fans, whilst the videos help keep you in tune. Like most music games you have to keep as close to the pitch on screen as possible to maximise your points total. 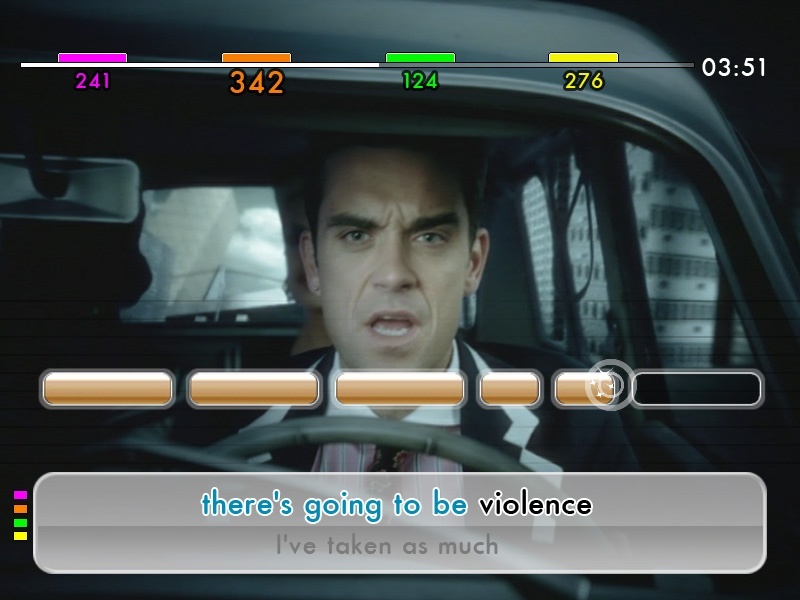 Just like the previous We Sing games, you can play on your own or with friends. There are various game modes besides the obvious to take advantage of such as ‘First to X’, which is where the first player to reach the allotted number of points wins; ‘Blind’, where players have to sing there song correctly but the lyrics and sound disappear at intervals during the song; ‘Marathon’, has everybodies (dropped in a song there for you!) singing from a playlist and the winner is decided by whoever has the best average score across all the songs. There is a good selection of modes on offer which help extend We Sing Robbie Williams longevity, however the constant Robbie songs like any overplayed record will begin to grate after a couple of hours. There’s also a singing lesson feature where you can practise to improve your vocals or at least help maintain a below average voice.

It’s always hard trying to review a game such as We Sing Robbie Williams because, at its most fundamental level, We Sing Robbie Williams is basically a collection of Robbie Williams songs which you can karaoke to. As a package there is a decent number of songs/modes available and from a technical level there are no problems with the microphone replicating consistently what you’re singing on screen.  However besides the songs and the odd comment from Robbie, his involvement is kept to a minimum, whilst the unlockables are a little scarce and lacking in innovation. We Sing Robbie Williams is just missing that something stupid (another track!) that it needs to take it into superstardom, whether it is a stand out feature or just a mode that makes you go back for more like a career mode. 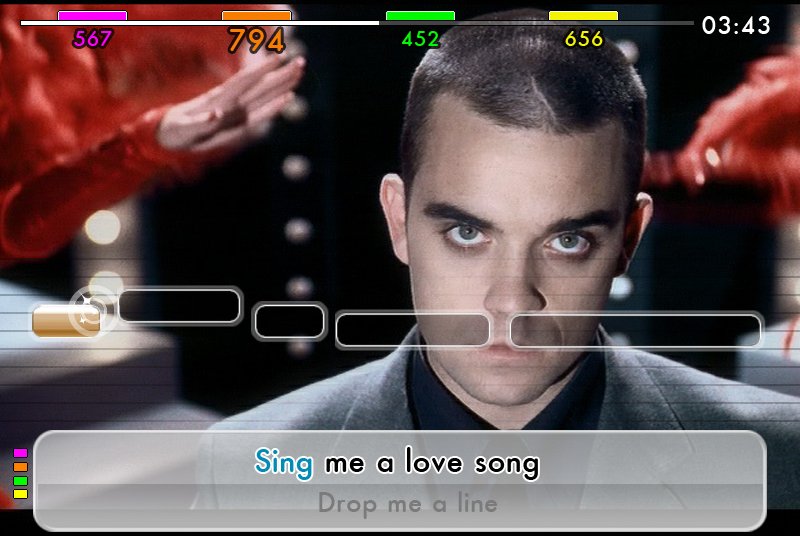 If you’re a Robbie Williams fan then this is the perfect game for you and it would be safe to assume it would also be a crowd pleaser at a party. However, if you’re not a fan of Robbie or are looking for something new within the genre then you won’t find anything to grab your attention in We Sing Robbie Williams.

It’s a definite love it or hate it title, so for Robbie fans this will entertain you and leave you with no regrets (dropped in another song for you!), but if you’re not then We Sing Robbie Williams won’t leave you with any strong(and there’s another one!) feelings for it.