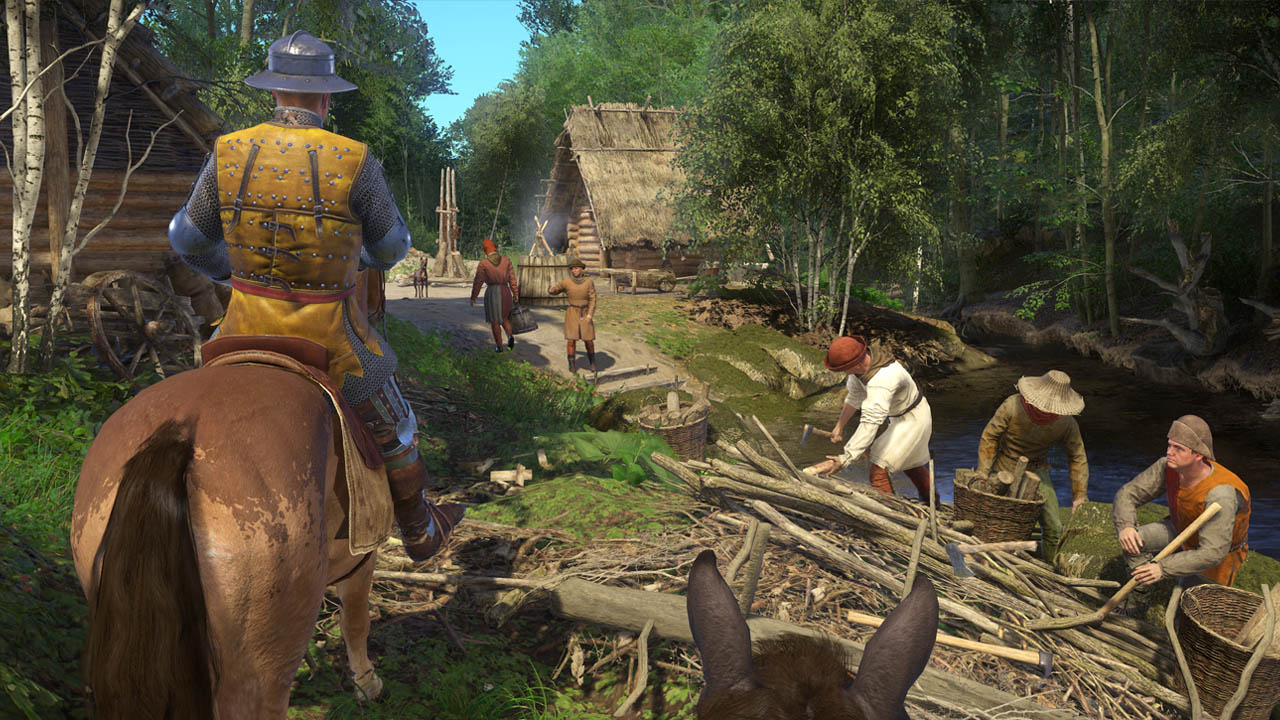 Most, when hearing the term Roleplaying Game, think of franchises such as Mass Effect, The Elder Scrolls, or The Witcher. Grand, AAA, fantastical adventures which take place in mystical, and fictional lands, which give players a chance to experience a high quality, alternate reality. However, not all developers are keen on fantasy, and in some instances, sci-fi fiction. And that’s simply because such themes have been overused, and in turn overexposed, over the course of the last decade. And in search of new, and exciting frontiers, some, prefer to set their titles within worlds, which are grounded in reality, and set in stone – both, literally and hypothetically speaking. And Warhorse Studio’s Kingdom Come: Deliverance is just such title.

Kingdom Come: Deliverance, is what one could call a 21st century unicorn, as it is a AAA title which has been successfully kickstarted, and most importantly, delivered to the backers, as well as paying, second-wave customers. And what makes its launch even more special, is the fact that unlike other Kickstarter titles, it is a complete, grandiose, AAA, Roleplaying Game. However, it is also a title which falls in the category of ‘’Eurojank Slav Simulators’’, as Reddit’s r/KotakuInAction user u/Evilopoly90, puts it. And while many may be turned off by the term Eurojank, it has to be underlined that unlike the Eurojank titles of old, Kingdom Come: Deliverence actually works, and is devoid of any game breaking bugs.

Mechanically speaking, the title at hand, while being a superb RPG, does suffer from the cult classic clunky combat, and rather erratic, and inhuman movement, which has been synonymous for years with developers such as 2K Czech, CI Games, Deck 13 or Techland Poland. However, it is only jarring throughout the first hour, or two, as during the introduction, the title feels overexposed, as it tries to do too much, in a limited time window. And if you decide to give Kingdom Come: Deliverance a try, then stick with it for longer than fifteen minutes, as once it gets going, after the initial introduction, it becomes a bigger, and most importantly a better game. But if you find that title is not growing on you past the sacking of Skalitz, then Kingdom Come: Deliverance, is probably not a title for you – and that’s fine. 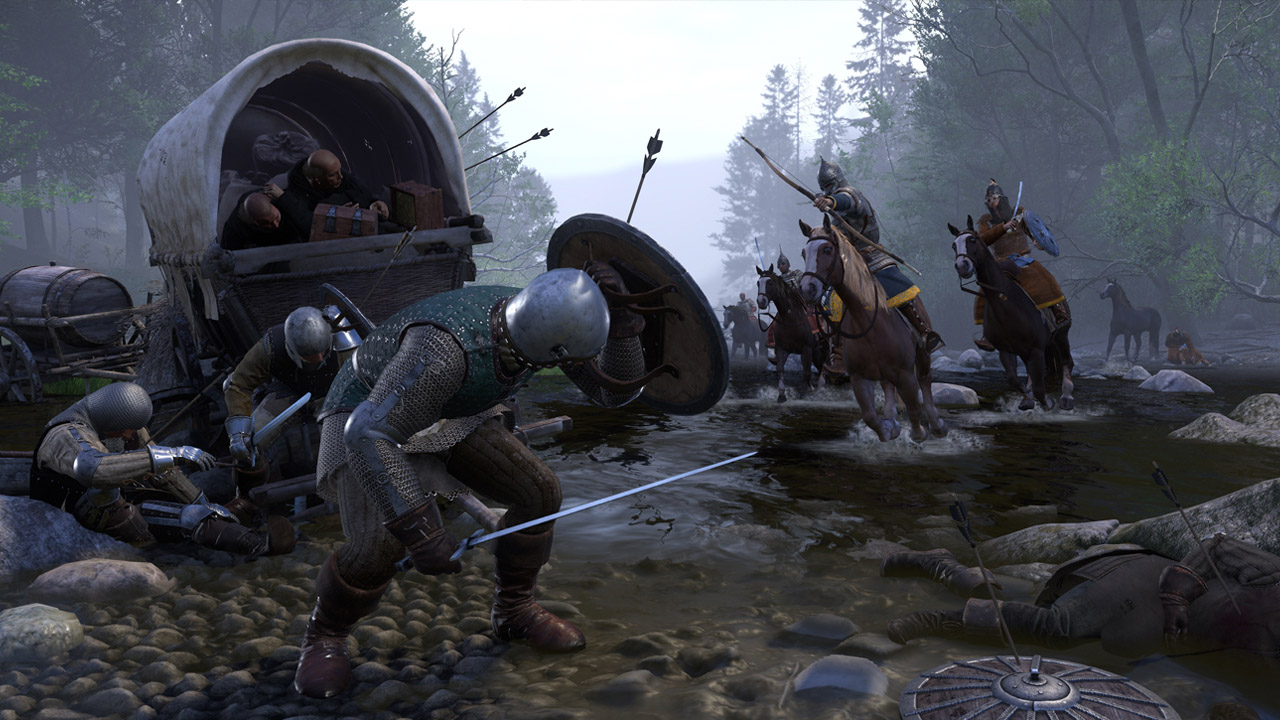 Warhorse’s first outing may not be perfect, but it is certainly incredibly breath taking, as it is arguably the first true roleplaying game of this generation. It is based on a classless framework, which allows one to explore any and all avenues of character development. If one wants to become a nobleman, and use Henry’s, the protagonist’s silver tongue to get through the game, then he/she can do so. But if one, on the other hand wants to become a master archer, swordsman, or an alchemist who simply poisons all his/her political enemies as well as allies, then he/she can do that as well. And the possibilities, are quite literary endless, as all playstyles, can be combined. And if you make the things weird, then you can play through the entirety of the title as a king of the thieves who specialises in heavy armour and blunt combat.

Technical character development of Kingdom Come: Deliverance, is simply magnificent. However, the free-flowing progression system doesn’t relate to you as the player, but Henry, as the protagonist of this feudal tale. And while many may be displeased by the fact that they can’t play as a gender-queer, pansexual, blue skinned, giraffe-kin, then it has to be pointed out that without Henry, the remarkable tale, of loss, suffering, and retribution, which Kingdom Come: Deliverance presents, simply wouldn’t work. And it cannot be stressed enough, that Kingdom Come: Deliverance’s narrative, is one of the best in the genre. As it evolves, with Henry, and the direction in which the player guides him. And the story progresses both narratively, and visually, as all your action, will have impact on the future of the title’s world.

At certain point in the game, Henry is challenged to a swordfight by a rather important individual, who is one of the main characters of the early portions of the story. And if one loses the fight, and allows the opponent to escape unscathed, then his mannerisms and looks, will reflect his victory. However, if one defeats him during that duel, and pushes him to the edge, then this will be reflected as well. As the said character’s appearance will change in accordance with the amount of damage which he has received, and his attitude towards Henry, will also change accordingly. And changes like that happen all the time, as all player actions, ultimately cause a reaction, and whether it will be positive, or negative, is simply up to you. If you get caught stealing, or with stolen items, your reputation will decrease, and you’ll be treated with disdain. If you give a beggar a coin, then the common folk, will look favourably on even the most dishonest actions which you may commit.

The way in which the world of Kingdom Come: Deliverance constantly evolves, is simply superb. And the seemingly never-ending progression, makes the title feel alive, and instils the player with a sense of awareness, which no other title is capable of. As all who come to terms with title’s reactionary world, will be wary of every single action to which they commit. And the immersion, which is in turn created, is just unrivalled in the modern market. However, the high level of immersion which Kingdom Come: Deliverance is capable of creating, is not always maintained. As all of the title’s flaws, can at times bring it down a notch, or even ten. 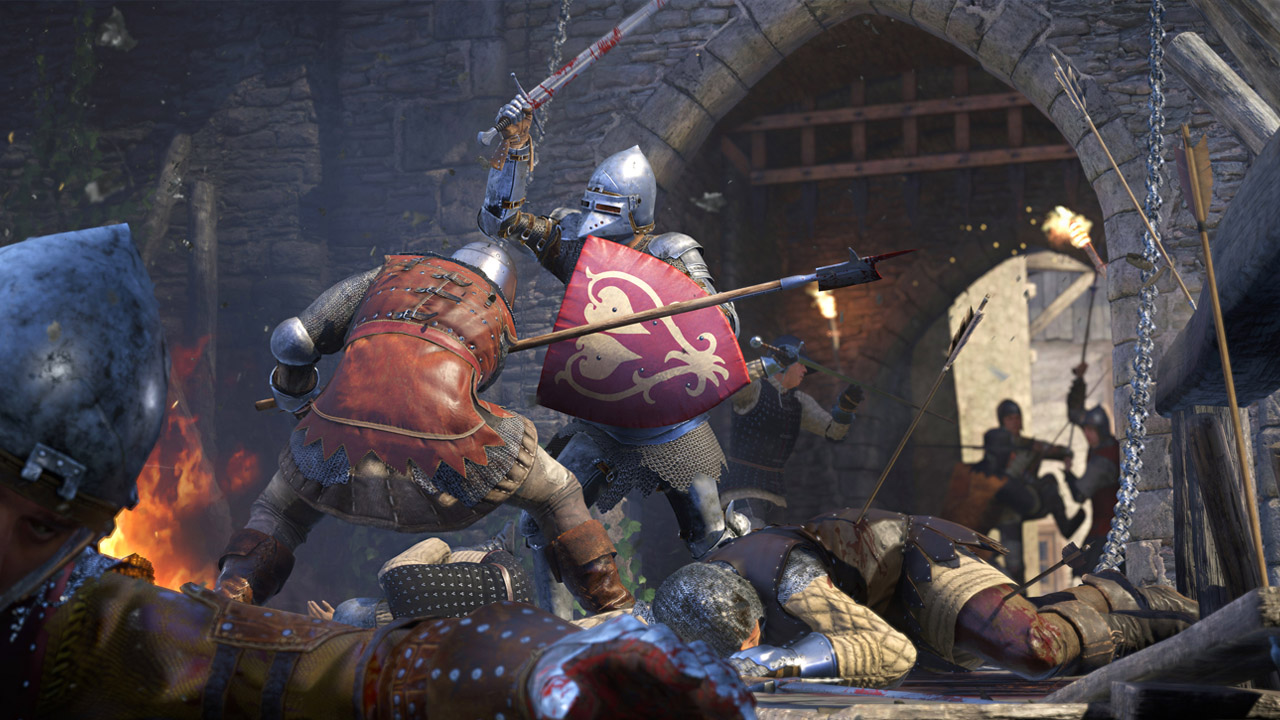 When the push comes to shove, it has to be said that Kingdom Come: Deliverance, is by no stretch of the imagination a perfect game. In-fact, it is far from it. For every plus, within the world of Kingdom Come: Deliverance, there is a minus. And at times, the negatives are capable of outweighing the positives by a huge margin. For example, the story and the narrative interactions of the title are simply incredible, but all the real time cutscenes and conversations are susceptible to glitches, and rather underwhelming lip-sync. And it is not uncommon to see a character have a conversation with himself, as at times, certain character models don’t load in at all, or load in just out of the shot. And I myself, have watched numerous significant conversation take place between an NPC and Henry’s fingers, or a foot, which were poking out just from the top of the screen.

In addition to all the above-mentioned flaws, Kingdom Come: Deliverance, also features all the classics such as NPCs standing in T poses, trees and objects floating just above the ground, animals stuck in a constant animation loop, and so on and so forth. The list simply goes on, and while it may be long, and overwhelming for some, then it has to be underlined that it is nowhere near as intimidating, as the list of imperfections of Bethesda’s Fallout 4. Which for some, unbeknown reason, garnered perfect scores upon its release. And seemingly the only difference between Warhorse’s Kingdom Come: Deliverance, and Bethesda’s Fallout 4, is that the prior presents one with an immersive, profound and impactful experience, whereas as the latter serves one with a shallow, and forgettable dud. And if you are one the market for a ‘real RPG’ then you are better off spending £20 more, and getting Kingdom Come: Deliverance, instead of Bethesda’s underwhelming FPS, dressed as an RPG.