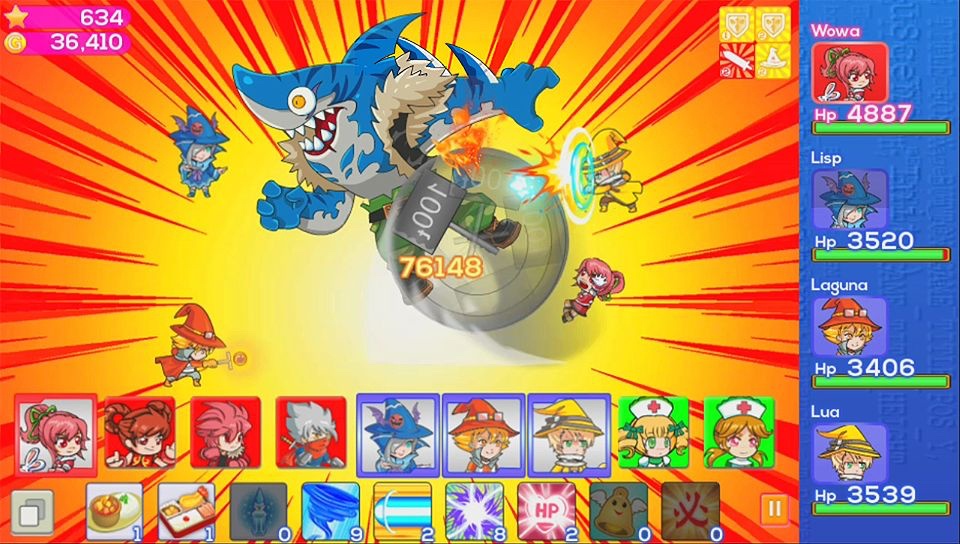 Wanderjahr: TryAgainOrWalkAway, developed by Workyrie Game Studios and published by Corecell Technologies, has seen previous iterations on the PSVita and on Steam and now this real-time strategy/JRPG hybrid is making an appearance on the Nintendo Switch. The word ‘Wanderjahr’ originates from Germany and means ‘wander year’. So, is this a game that’ll have you playing for three hundred and sixty five days, or will it simply make you want to wander off?

The story revolves around humanities discovery of the Universal Code; an instruction for the very fabric of life itself. After deciphering its potential, it is decided to use its power to rid the world of all evil. This is where you come in. With only two weeks left in which to fulfil this task, a floodgate opens up and allows countless monsters to attack the cities of the world. With a newly assembled team of heroes, you are tasked in combatting this threat by putting an end to the rampage and stopping the source of their arrival.

Despite the game being labelled as a JRPG, the components that would define such a title are woefully thin. You would expect plenty of dialogue, NPC interaction, grand quests and adventure. However, it’s simply not there and, instead, the game has a much greater focus on its strategic elements rather than its story telling. However, the developers have incorporated a nice little twist with Wanderjuhr’s combat and strategic mechanics. It functions more as a micro-management system, as any on-screen fighting is completely automated. Your job is to pick from a roster of team members, up to a maximum of four, and use their unique abilities ‘on-the-go’ to help turn the tides of the numerous battles to your advantage. 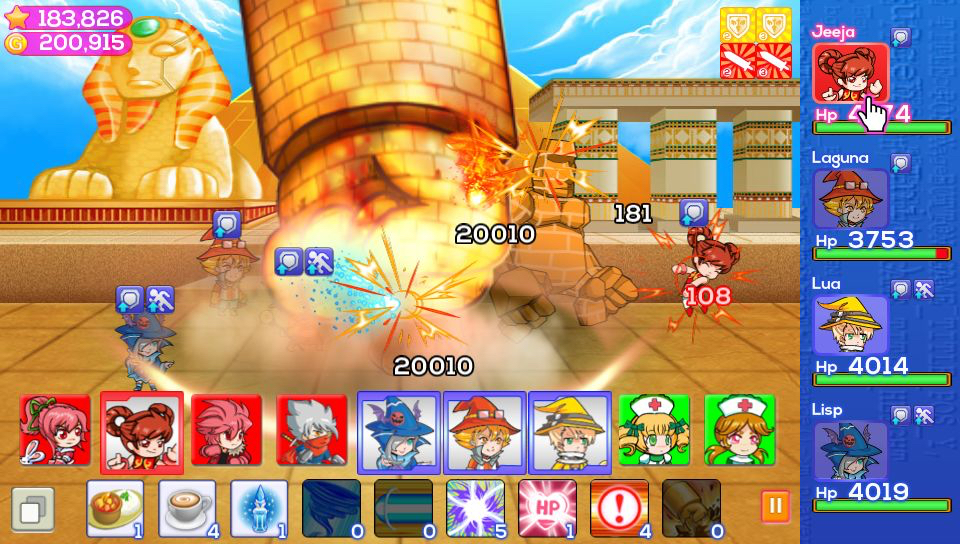 The game offers a variety of characters that range from damage dealers, healers, buffers which increase or decrease defensive/attacking stats and elemental mages to add a touch of magic. It’s a neat little system that offers something different from the norm and, despite its simplistic nature, offers a fair challenge as you’ll soon be frantically swapping out different characters to ensure your team stay alive. Utilizing the Switch’s touch screen, or by using the more traditional methods of control, this click-and-select system works surprisingly well with whatever scheme you opt for. The User Interface is bright and clear here, making it extremely easy to use and you’ll soon discover a formula in the best way to switch in and out quickly with the various characters within your roster. With one eye on the action on-screen and the other monitoring the health bars of your chosen team, you’ll be thankful for such clean execution in its selection method; particularly as you progress through the levels and your roster grows with it.

During each skirmish, and upon completion, you can collect and are awarded bonus currencies. These can then be used to level up characters and buy items that can help you in your quest. Although there is an element of RPG-esque levelling here, its formula is rather simplistic and involves nothing more than a one-click option. Unfortunately, the basics of this operation seems to be a trait that follows suit in a number of the game’s elements. Despite some involvement in its strategic play, which is admittedly the main staple of the game, everything else is rather simplistic in its execution. The graphics, although sharp and cutesy, lack any real character; often involving static backgrounds and minimal animations that has the look and feel of a more mobile platform styled game. Despite this, the game is still quite pleasing to the eye and it reminded me, somewhat, of a cartoon network style in its artwork.

Although you are introduced to a story at the very beginning of the game, there is very little continuation of its themes throughout the rest of the game; either through text or dialogue. There is a more detailed backstory, evolving around characters and events, but these are hidden away within the games central menu and can be easily missed; although, again, it all takes on a rather simplistic form that just isn’t enough to involve you, or invest you, into the game. 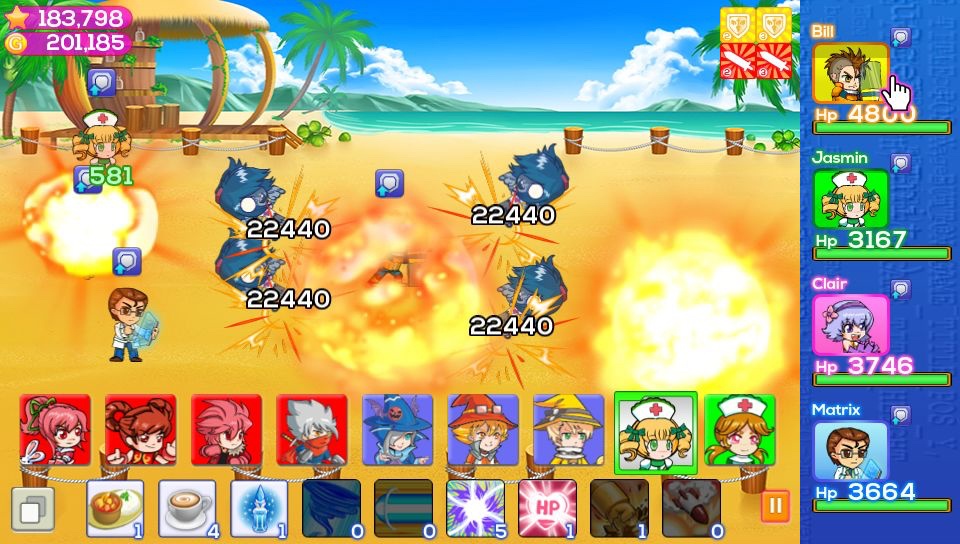 There is some fun to be had with this game though, but only really in short bursts. High difficulty spikes force you to grind previous levels until you have levelled your characters to a point where you can progress; this is especially prevalent when you encounter boss battles. The strategic elements are clever and engaging to a point, but with your role as simply being a micro-manager, there is very little else to involve you. Despite all of the games smaller elements combining to produce a bigger title, they all end up feeling as if they are missing something, which ultimately leads to a feeling that the gameplay feels a bit flat and basic. However, if there is one part of the game that feels truly epic, then it has to be the sound elements. The sound effects are an old-school, retro treat; especially if you love the Final Fantasy series!! The soundtrack is equally awesome and the menu score deserves a special mention as it’s simply mind-blowing.

Overall, this really isn’t a bad game, it does offer some value, especially with its strategic gameplay and casual game style. Despite its clever twist on the strategy side, its overriding problem is that it just doesn’t offer anything new or particularly exciting and due to this staleness in its gameplay, and the grindy nature of revisiting previous levels that leads to a repetition in its game style, isn’t a game that going to hold anyone’s interest over the long term or offer any replayability upon its completion. It’s a shame really, as there is something here but it’s simply just not enough in whatever style of gameplay it tries to offer the average gamer. As a result, then this is probably just a title that I would eventually end up walking away from, rather than simply trying again.