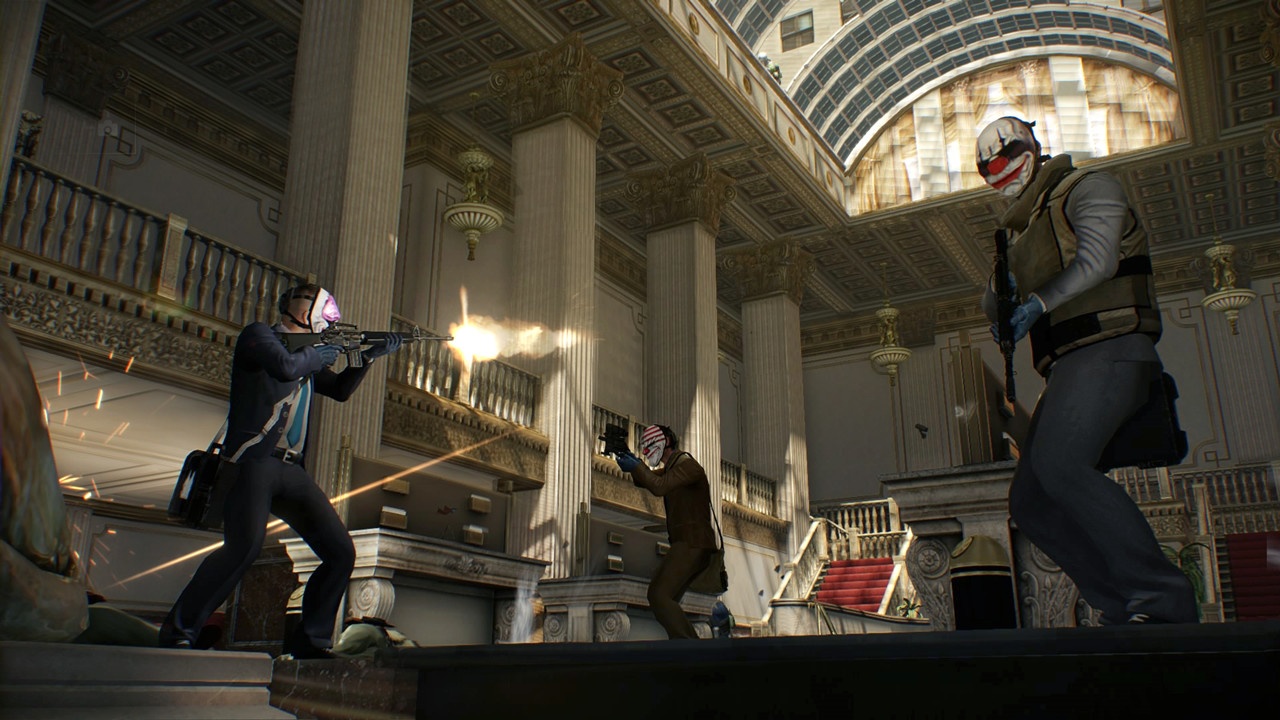 If you’ve ever fancied being a Reservoir Dog or one of Ocean’s eleven, then it’s time to dust off your masks as Starbreeze Studio’s Payday 2, developed by Overkill and published by 505 Games, now brings its series of heists to the Nintendo Switch. This action packed, first person shooter sees you working co-operatively, within a team of four players, as you select, plan and pull off the most daring of heists; from smashing up shopping malls, robbing jewellery stores and bank jobs to plain old gathering up goats! (I won’t tell you why but, yes, it is in there).

Your first payday comes courtesy of a few tutorial jobs that takes place over several days. These gently introduce you to the physics of the game’s stealth play, shooting techniques, gadgets and getaways. It’s important to remember what is taught to you here as, when the mucky stuff hits the fan, you’re going to have to utilize every technique available to you in order to successfully pull off the crimes of the century.

When these introductions are complete, you find yourself within your very own safe house. There are a number of options available to you here, from practicing safe cracking, lock-picking and a vault in which to stash your hard earned cash. It is also here that the main hub of the game’s mechanics becomes available to you. Your first port of call should be to set up your profile. Here you can select your character, from a roster of seventeen, including a new Switch timed exclusive in Joy; a Japanese hacker with new weaponry and a mask which is, simply, a joy. You can also fine tune your loadout here, with a level of customisation that is mind blowing; from guns, weapon modifications, attire, masks and skill sets which determine specific traits from mastermind, enforcer, technician, ghost and fugitive. Each trait has specific advantages either to yourself or for your team as a whole and developing them is an important element in achieving success. 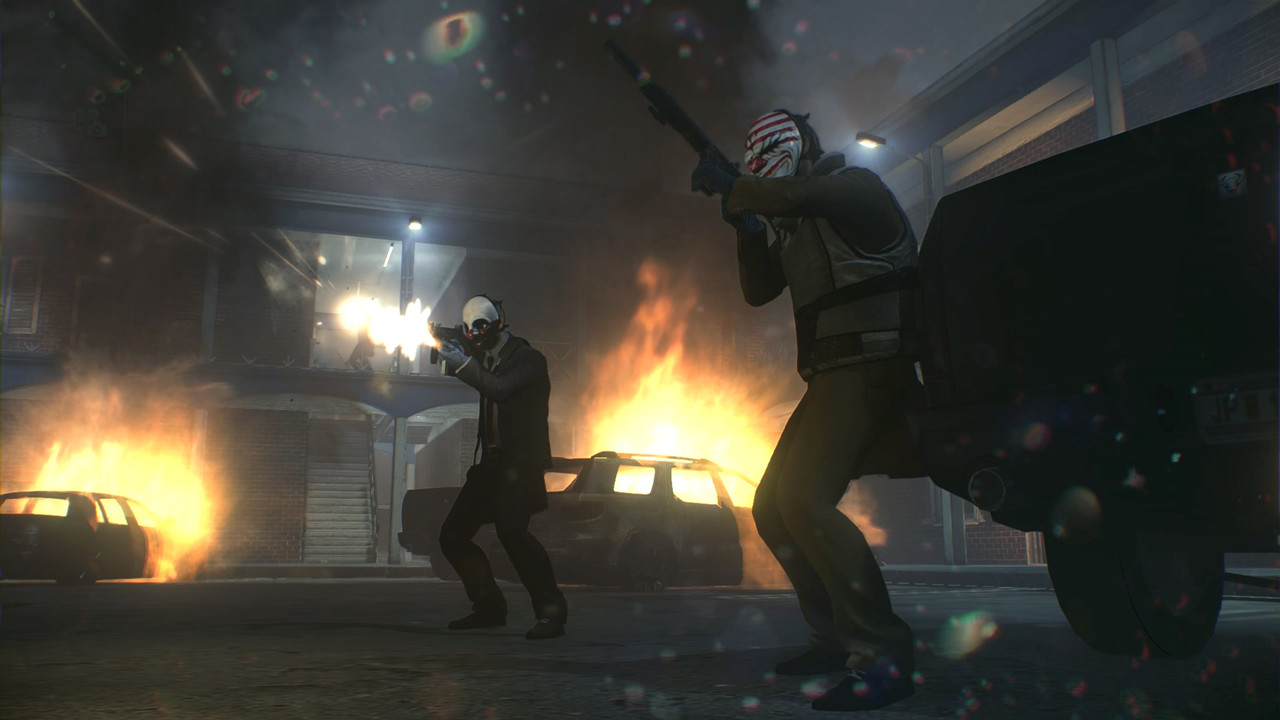 From here, you can then access the crime.net; a central hub from where you can choose which job you wish to undertake. As well as online and offline features, the switch version also contains crime.net local, a new feature that allows local multiplayer with friends who share the same network with you; however, each person will need to have their own switch and a copy of the game but it’s still a nice inclusion nonetheless.

With over fifty heists available, there is plenty of variety on offer here; especially when you take into consideration that no two jobs are the same, even if it is being replayed. The objectives may remain the same, but the locations of safes, cameras and other job specific items are completely randomised. There are also varying difficulty levels associated with each job available and as you, or your team, progresses in experience, so do the challenge levels needed in order to advance to the latter tiers of customisation and skill traits.

Although the main staple of the game involves four-player online heists, there is a single player element which runs under the same premise as if playing over a network. However, the AI simply can’t match the game play of having real people in your team and are often, quite frankly, useless accomplices. This has always been a common problem with other versions of the game and still remains with this one. It’s still very playable in single player but it does feel as if you are completing the heists yourself as your AI partners don’t participate in drilling safes, taking stash bags or helping with overcoming the various obstacles that are thrown in the way of you completing your various jobs. They will shoot on sight once the police are called, but even then, they don’t offer much protection from the long arm of the law. This isn’t by any means a game-breaker, or detracts from the fun of playing solo, it simply makes your task a lot longer to complete and more difficult to accomplish and there isn’t really anything wrong with a more challenging style of gameplay. 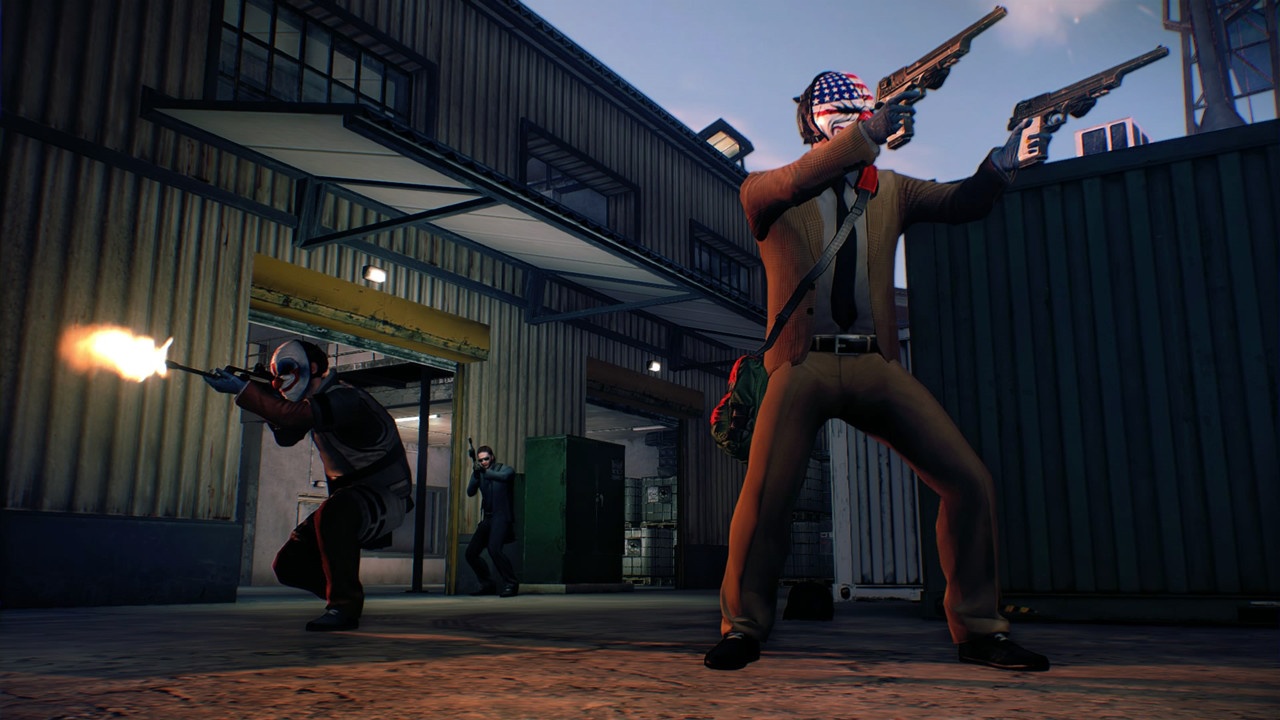 However, that being said, this game is undoubtedly made for its online components. Teaming up with friends, or randoms, is where the fun truly lies. The thrill of trying to pull off the perfect heist is a tense and enthralling affair and one that will ultimately fail nine times out of ten; however, when you do achieve the perfect crime, the sense of accomplishment is exhilarating. It’s extremely difficult to complete a job without attracting some attention, in fact, sometimes it seems a little too easy for a member of public to be suspicious and call the police. The game is very unforgiving in this respect, however, the thrill of fighting your way out of a specific situation is particularly tense and exciting at the same time.

Whatever mode you decide to play, online or off, the game is a complete white knuckle ride that’ll have your heart racing with such excitement and trepidation that it’s simply difficult to put down. Running at 1080p docked and 720p in handheld with a steady 30fps, the graphics look suitability stunning on the switch, especially when played portably. They’re by no means current generation quality, but are still crisp and clear with no performance issues whatsoever. The fact that this game runs so perfectly on the switch is an achievement in itself and is easily one of the best looking titles in its library at present. The sound quality also matches the level of presentation within the game, producing an ambience that really draws you in with its realism; especially when partnered with a satisfying rumble as you fire your guns or grenades explode around you.

Overall, whether you’re itching for a complete co-op experience, or hunger for a quality FPS on the Switch, a genre that is woefully thin on Nintendo’s console, then Payday 2 will most definitely satisfy those cravings. With a mind-boggling array of personalisation and customisation, the depth of gameplay available here is staggering, as is its level of replayability value. It’s not perfect but it simply oozes with so much fun that you simply won’t care. In short, Payday 2 is freaking awesome on the switch and is easily one of the best games that you can currently play on the system. It’ll most certainly rob you of all of your spare time.