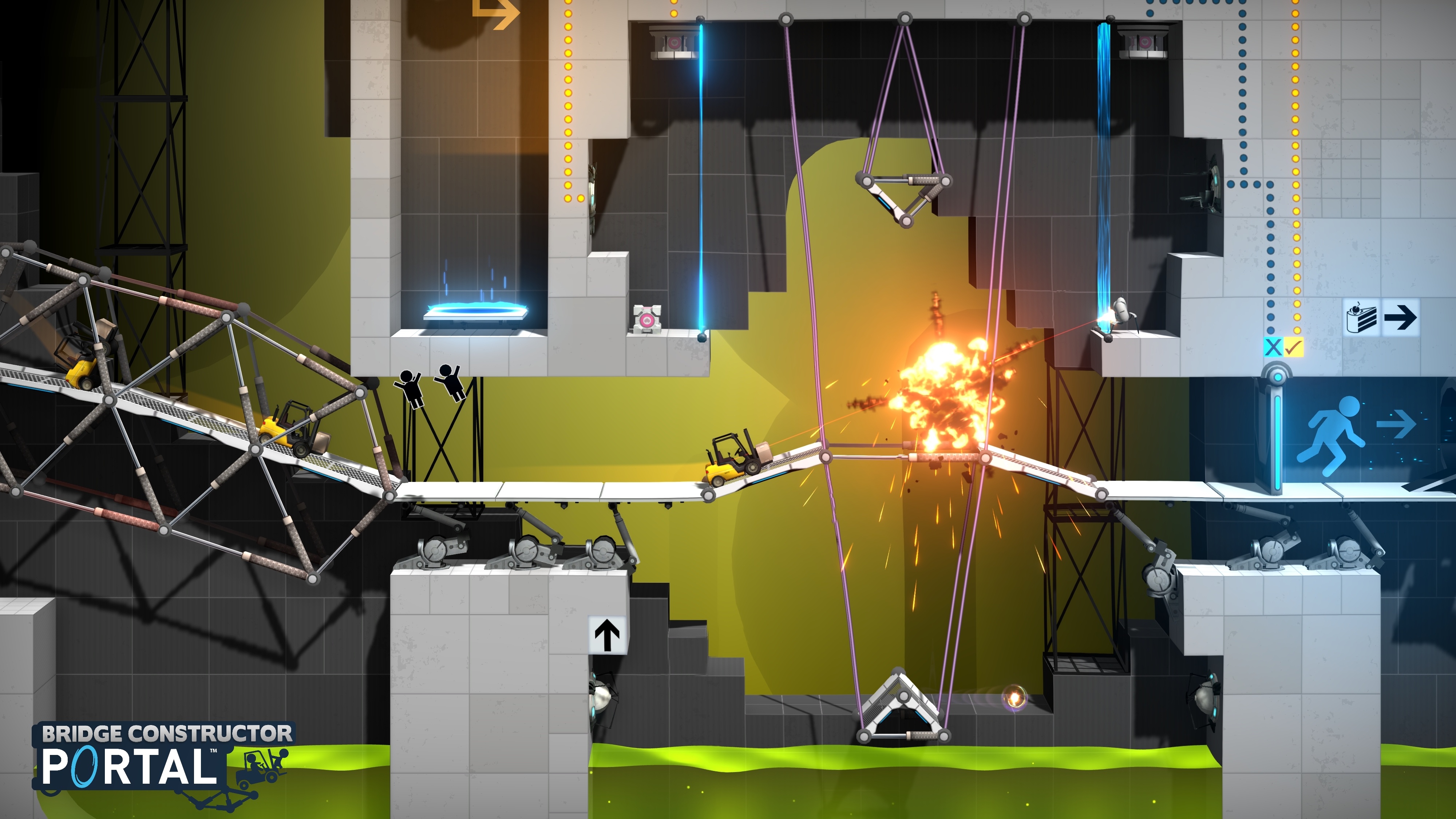 Different generations of gamers, grew up in different eras. Some, had the pleasure to grow up during the cartridge age, where memory was limited, and optimisation was the key. Others on the other hand, had a chance to experience the rise of the FPS, and the rise to fame of cult studios such as ID Software, and Epic Games. And while both these eras played a major role in the development of the industry, they were unfortunately nowhere near as significant as the gaming renaissance of the late 90’s and early-to-mid 2000’s where Valve was the king. Yes, the same Valve which is now known solely for Counter-Strike: Global Offensive skins, Team Fortress hats, and last but certainly not least, skin gambling.

Not so long ago, Valve, not Naughty Dog, was the go to developer for all things narrative. As its Half-Life series, and most importantly the Portal off-shoot, were some of the biggest, if not the biggest narrative driven titles of the 2000’s. And once the final credits sequence of Portal 2 has come to a close, and Stephen Merchant’s Whealtey has floated past the screen that one final time, many have believed that it won’t be long, before we’ll see Portal 3.

However, as Portal 2 was thriving in its own success, another of Valve game’s, Counter-Strike: Global Offensive, was also reaching the mainstream, and with time, and addition of skins trading, that title, became Valve’s golden child. And Portal, just like Half-Life, has been swept under the carpet. But in rather unexpected turn of events, Portal has returned to both PC and consoles, one more time, but perhaps not in the way which many would like it to come back. As the franchise, which is fondly remembered, and beloved by so many, has returned under the guise of Bridge Constructor Portal.

Bridge Constructor Portal, unlike the other two titles in the series, is not a first-person puzzle game, but a 2.5D engineering puzzler, which as the title suggests, revolves around building bridges while utilising the titular portals, and other gadgets which have been popularised by the franchise over the years, such as sentry turrets, companion cubes, mobility gels, and lasers. And while all those are in the game, players can only refer to ropes, scaffolding, and panels, while building, as all the other aforementioned gadgets, are just a part of all of the sixty, in-game challenge rooms. 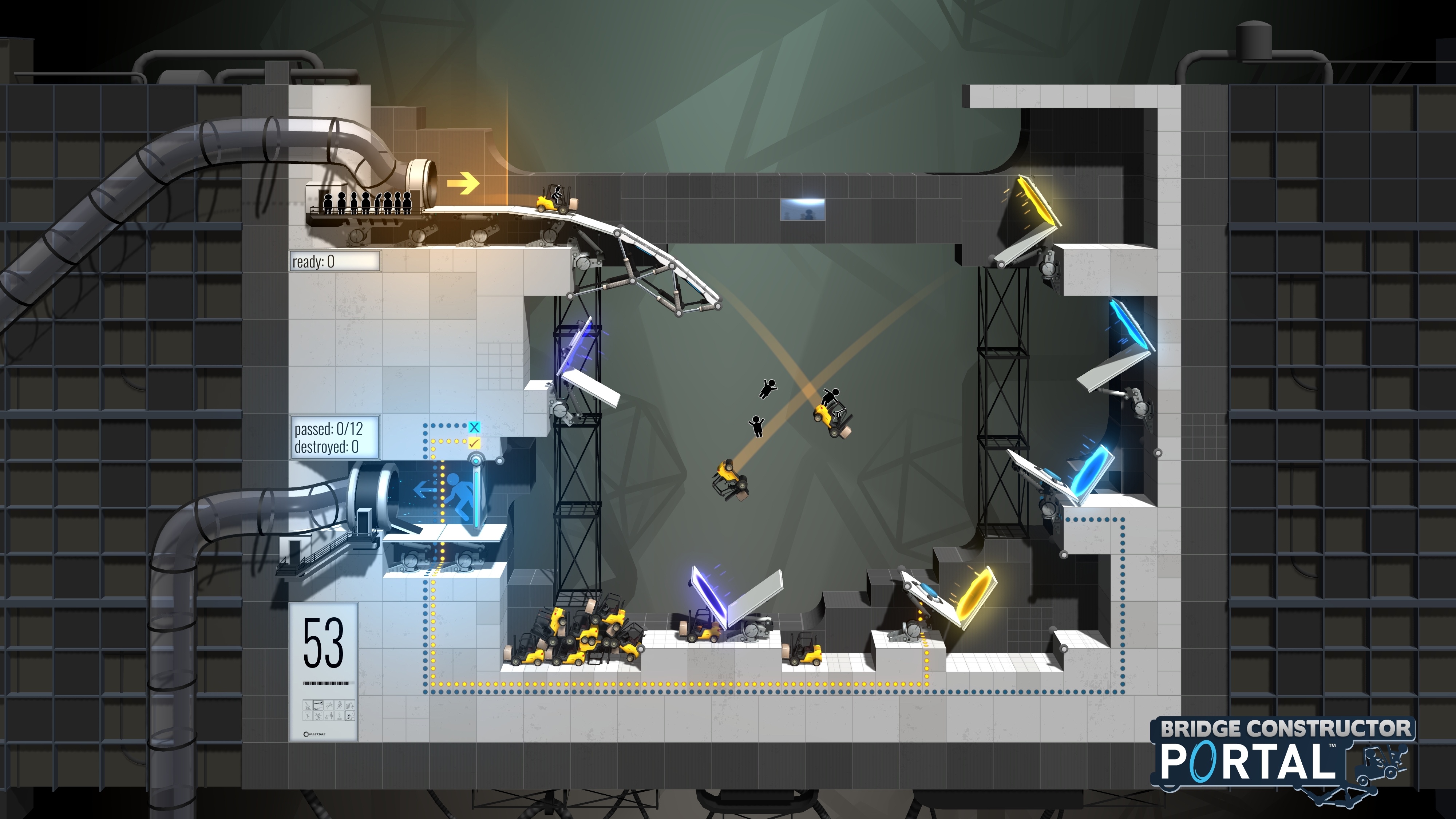 Unlike other puzzlers of the bridge building variety, which have been flooding the market for the past five years or so, Bridge Constructor Portal, limits player’s toolbox significantly, as in game, one only has three different tools at his/her disposal – as it was mentioned previously. And instead, just like the previous iterations of the Portal franchise, the title at hand challenges player through level design, rather than the scarcity of tools and materials.

In-game, one can use as many ropes, or panels, as is his/her desire – there are simply no limits. And while the freedom in building could suggest that Bridge Constructor Portal, is in turn a rather simple game, then it is nothing more than a false impression. As in truth, Bridge Constructor Portal, is a much more challenging puzzler than most modern puzzle games. As the difficulty doesn’t lie in the artificial limitations of the game, but within the limitations of one’s mind.

Bridge Constructor Portal, may be featuring the word bridge in its title, but it has to iterated that this particular game is not all about building bridges. And that’s because the solution doesn’t always lie in the classic ‘bring object from point A to point B’. As at times it requires one to take the object from point A, move it to point C across ballistic gel for it to gather speed, and then return it to point B, only to launch the object straight to point D, which rotates the object slightly, in order for it to land on its roof, and deliver it to final destination of point E.

The core gameplay, and the gameplay loop which it entails, is simply excellent. And it is easy to see that a tremendous amount of effort has been injected into this title. And while core mechanics, and visuals are matching the façade of Portal, even in their rather limited 2.5D form, then it has to be underlined that Bridge Constructor Portal, unfortunately fails to capture the spirt which carried the series over its two previous iterations. And this may be because Clockstone, the developer behind the title, tried to mimic the charm of the two previous titles so much, that it has ultimately created a caricature, and not a faithful recreation. 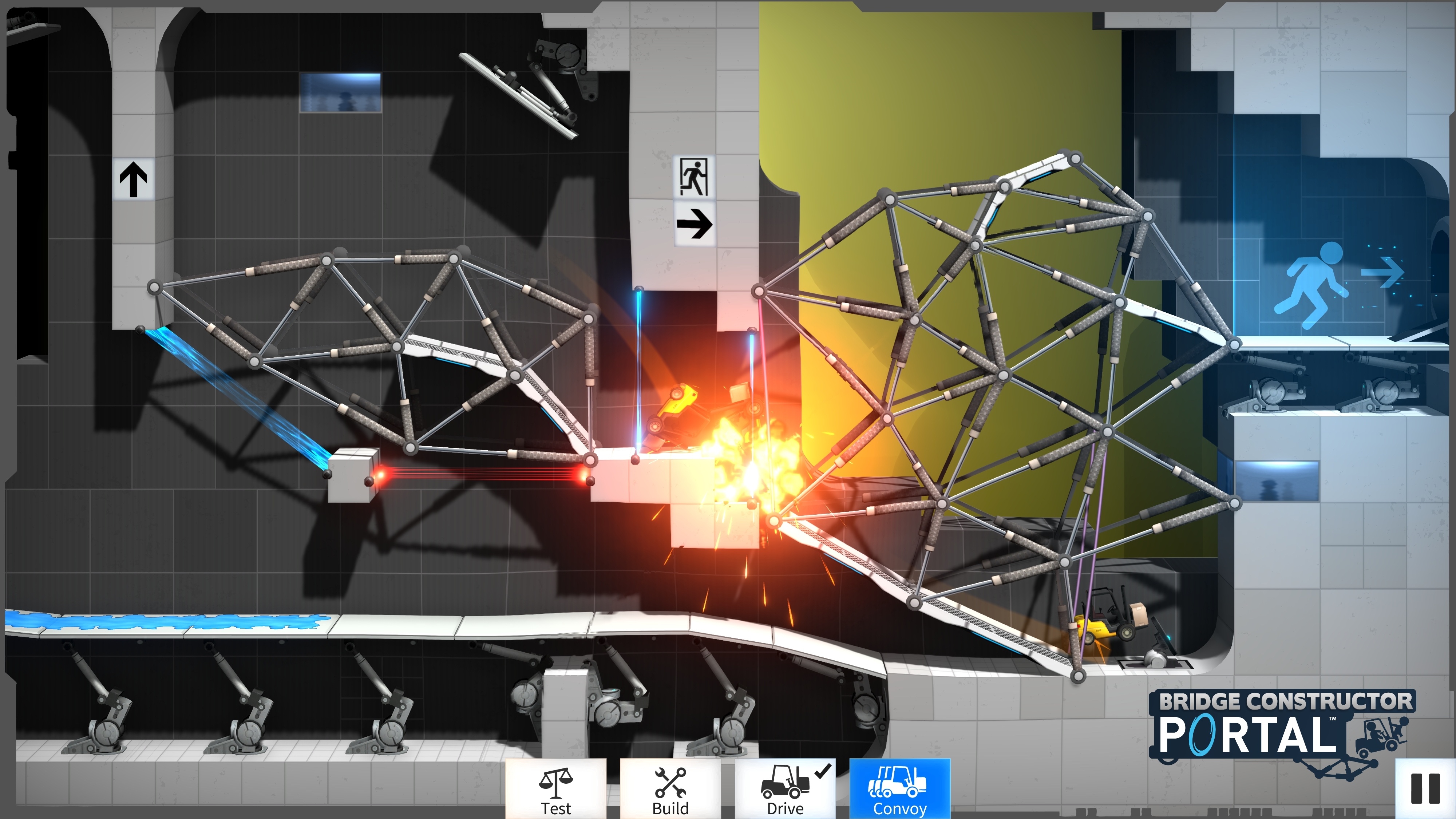 Within the first thirty minutes, Bridge Constructor Portal, uses all of the cult gags, which has been synonymous with the series over the years, and after that point, it grinds them over, and over again, and ultimately, throttles all of them into the ground. And after the twentieth level or so, when Glados, pretty much completely disappears, all that’s left is a handful of rather dull jokes, such as the cake which is ever-present on pretty much every cut scene. And since we are on the subject of cutscenes, then it has to be brought up that all in-game cutscenes, unlike the Glados tutorials, do not feature any form of voice acting – which is rather disappointing.

Once one spends some time with Bridge Constructor Portal, he/she will come to a realisation that it is a title of two halves. First, feels fresh and exciting, as it introduces the Portal series to a brand-new setting, that allows the player to stand face to lens, with Glados, one more time. Whereas the second half, feels like a sitcom, which is a decade past its prime. And even the levels, just like goof and gags, begin to feel stale, and largely uninteresting, as Bridge Constructor Portal shows its hand way too early, and unfortunately it has nothing within its sleeve for the latter levels. And while all the stages, past level thirty, still are challenging and excellent from the design stand point, they unfortunately lack the effortless flair and innovation, which both Portal and Portal 2 possessed, until their respective credit sequences.