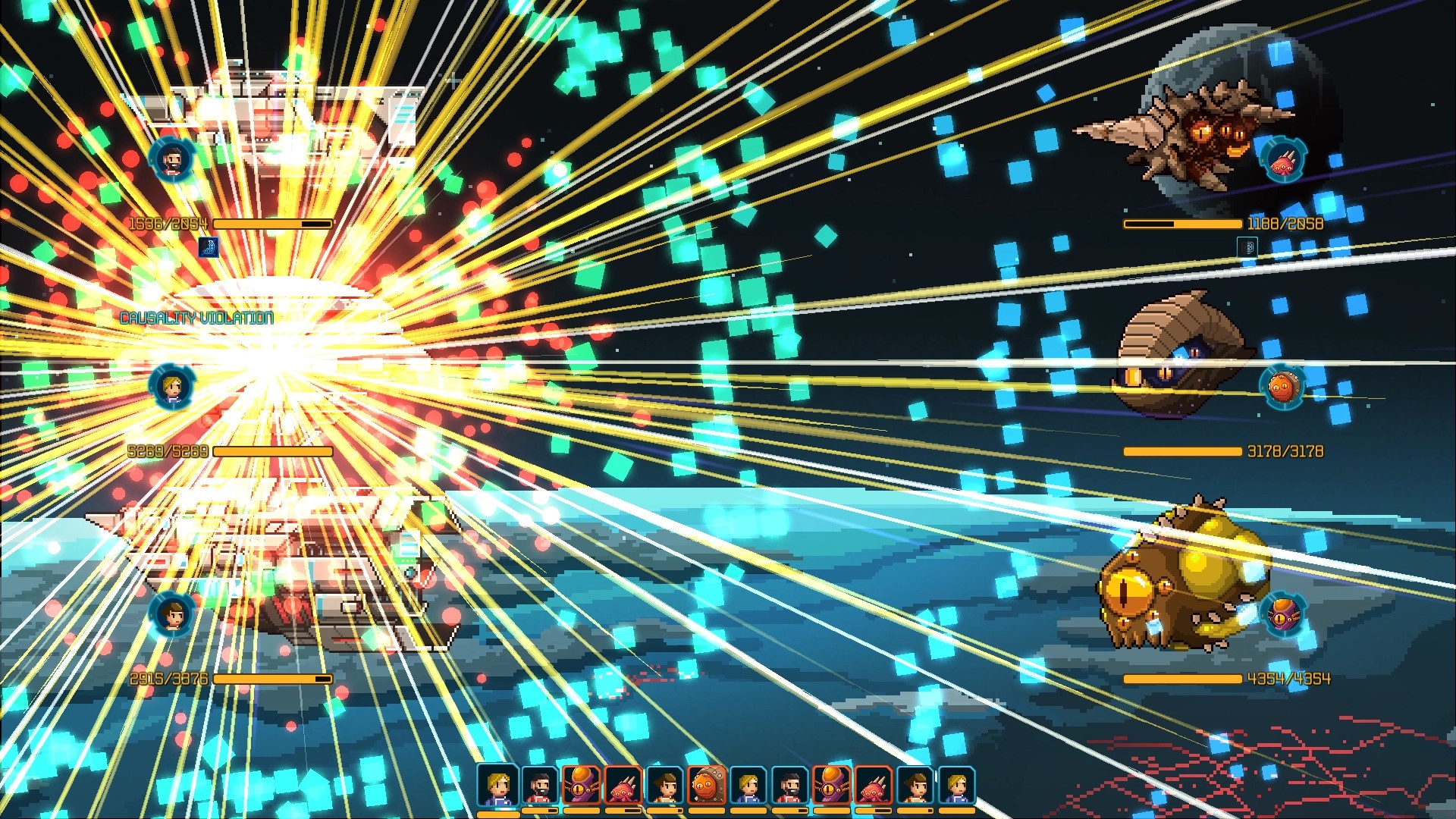 Alarms blare on the speakers. Your crew is panicking, looking to your leadership to guide them out of this mess. After the engines break down, next goes the weapons system, while the hull is breached from the last attack. Your tactical officer is awaiting your orders for the next attack. The not-so-friendly aliens are demanding you give up your starbase or face annihilation. And this is just the first 10 minutes into Halcyon 6.

Halcyon 6 is a love letter to science fiction, Star Trek, complemented with bits of humor spread throughout the game. It is a mashup of action, strategy, and RPG all in one game. The game balances this out by revolving it around a time-span based system.Throw in the 8 bit style of old school games and mix it with the suspense of random events, Halcyon 6 is the game that seems to be stuck in the wrong age of 4k based graphical games, but wears this style as one of its strengths.

The story starts off on a familiar premise. Defending the last star base of humans in the area, you take your fleet and fight valiantly against the hostile aliens. Things don’t go as they are planned and it’s up to you (again, but as someone in command of another fleet) to take over as head of the Star base. This opening prologue serves as a tutorial to help gain familiarity in the vast atmosphere of space.

Game play elements in this game work on different tiers. First, combat is divided into space and ground combat. Space combat involves upgrading and repairing ships, as well as promoting your officers to gain new abilities to give you an edge in space and ground combat. Ground combat is focused on a team of 3 officers fighting opposing aliens with more traditional abilities, such as using grenades, psionic abilities, or even the classic blade attack. 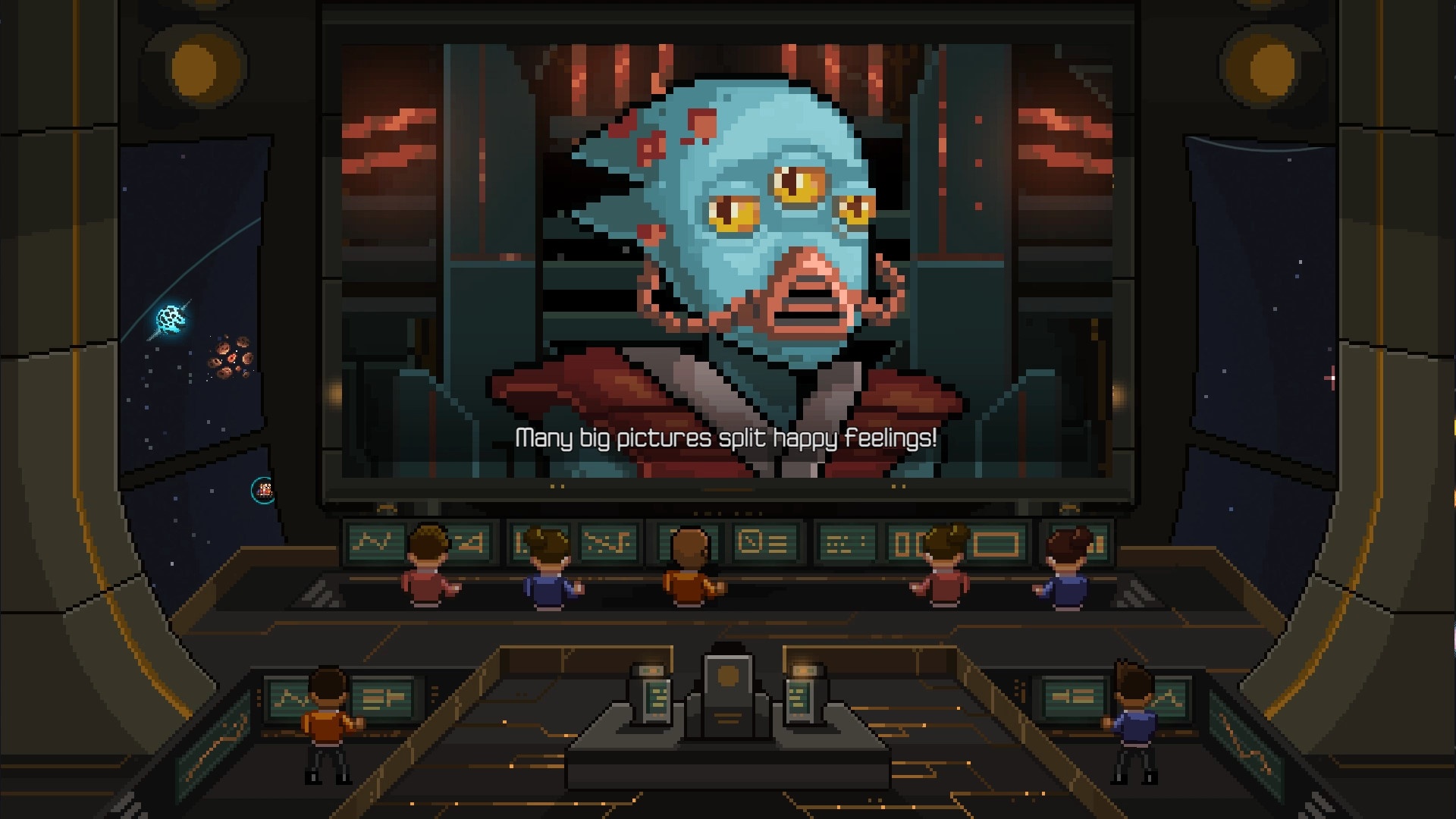 What hinges upon all elements of combat is the triangle of weaknesses. One particular ship disable attack may be stronger against a particular Chruul ship, but weaker against a different alien race. Mastering combos, such as disabling weapons but combing it with a sabotage attack, can turn the tide of battle if timed correctly, making the difference between leaving the battlefield victorious, or being burned to smoldering ashes. You are rewarded after battles with promotions of your officers or crew, gaining new abilities, resources, and even expendable tech that can be used as bonuses in combat, like a combat drone that will do damage over time to an enemy.

The next core element of this game is resource management. Your starbase is based in the XCom anthill fashion, blocked out in different squares, allowing you to choose what to devote your resources to. There are 4 types of resources in this game. Dark matter is used to construct your ships. Materials are used to build facilities within your base or upgrade resource planets with capacity or resource generation.Crew is vital to your operations, as you recruit cadets to man your spaceships and you develop officers to provide leadership for your entire crew. The morale resource is tied to your crew resource and as it fluctuates, it can make the difference between a crew that rebels against the management you’ve created or a loyal team that you can count on in cut-throat battles. Gas is harvested to fuel all of your spaceships for travel and return to your star base. Luckily, no matter how far you are from your star base, you do not expend any gas resources to do so.

The next element that ties into the base building and resource management is ship building and research. Ships are essential to command the respect of alien races or used in combat to respond to their decimation of planetary colonies. You can build multiple fleets, consisting of 3 different ships. I recommend getting a fleet of different types, engineering, tactical, and science, to ensure optimal ways to combo skills and maximize damage potential against enemies.

As Halcyon 6 had its highlights of game play, it did have some drawbacks holding it from greatness. First, the combat triangle and resource management can be relentless, unless you paid careful attention to the beginning prologue tutorial. Otherwise, it’s a game of trial and error until you figure out what works. The only other thing I believe it’s held back by is its repetitive nature, having you constantly grind through the same elements listed earlier in this review to advance the game through its story. 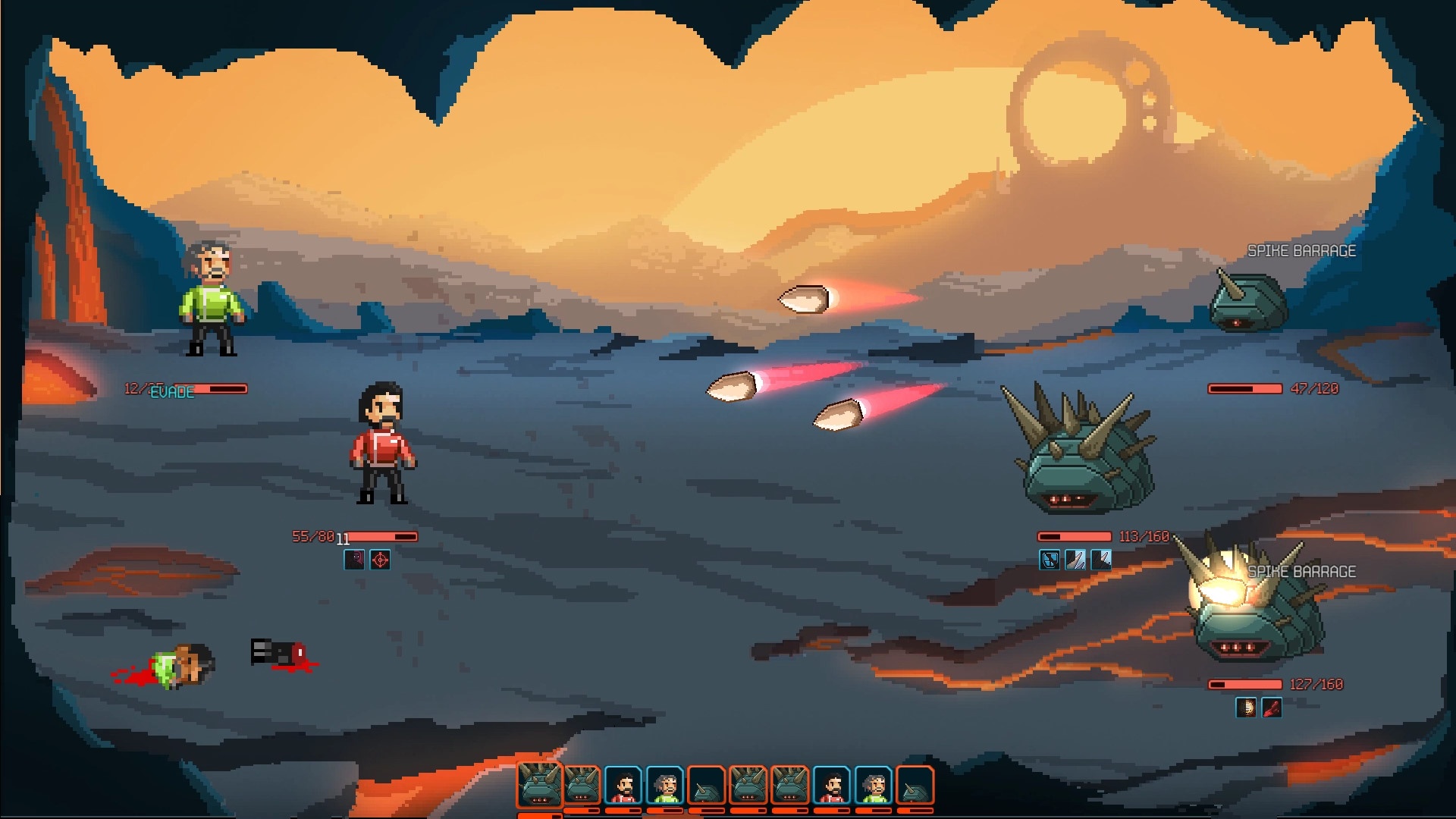 Overall, I’d recommend this game to any fan of science fiction, action and strategy genre, with easter eggs to Star Trek (one of my randomly generated science officers is named Leonard Vulcanus). The game’s replayability is high, as each play through of this game has radically different events from a previous play through pop up. Even if you’re not entirely on board with the science fiction genre, Halcyon 6 works as a nice turn based combat RPG.

If you’re still not convinced to get this game, add it to your wish list. Steam is plentiful with holiday based sales and it’s bound to show up eventually. Or another option would be to buy this game immediately to support the game developer to advance their ideas and even develop more content for this game.