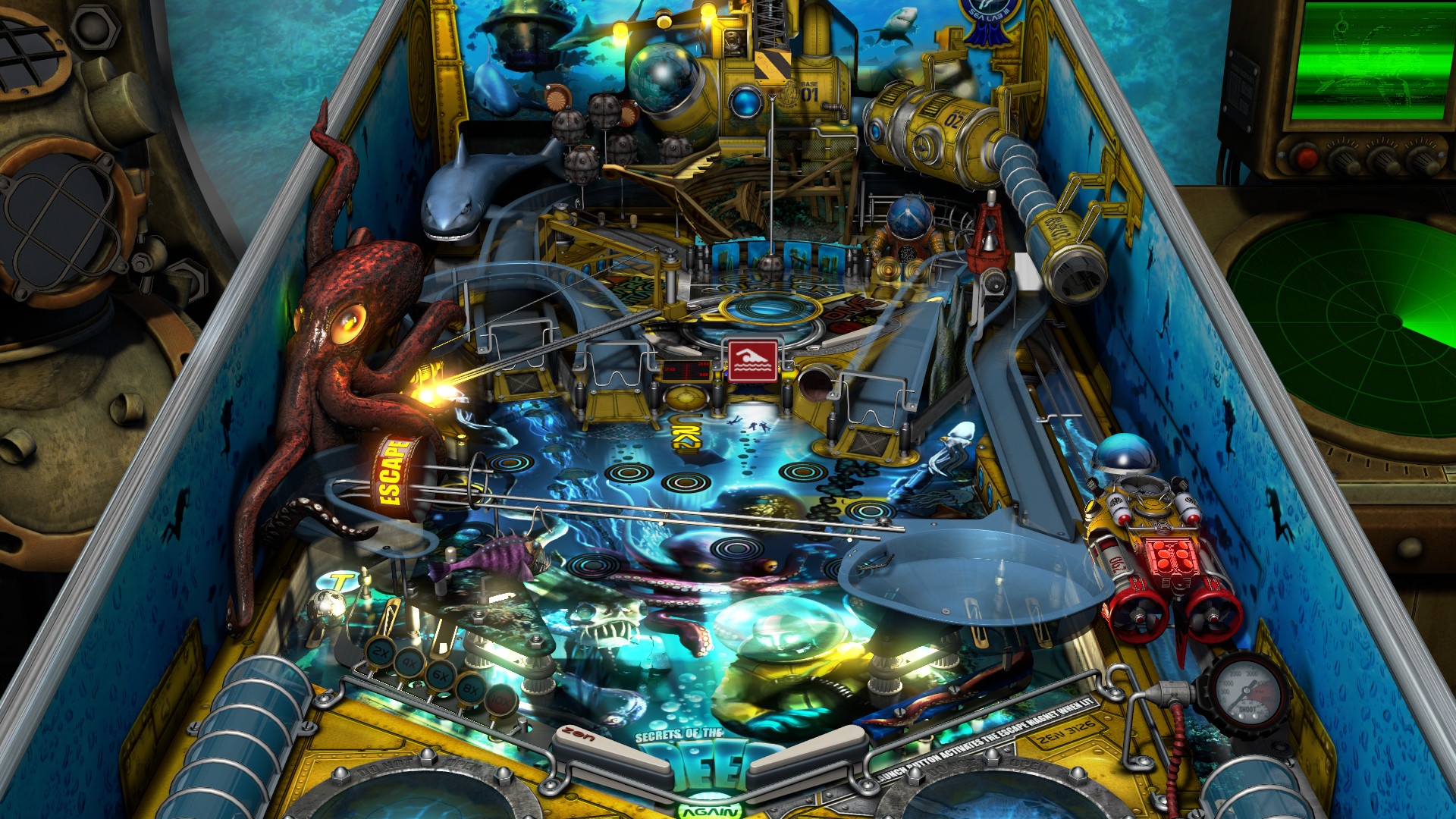 Let’s make one thing explicitly clear: if you enjoy pinball, and you haven’t been playing Zen’s Pinball FX3 on the Nintendo Switch, I don’t understand what you’re doing with your life. Sure, maybe you’re out, playing pinball in real bars around the country, wooing bikers and scoring free drinks, but that doesn’t seem totally plausible. Instead, you’re still playing the Windows Pinball game that came for free with your copy of Windows 98, which, while awesome, isn’t nearly as good as Pinball FX3. And sure, it exists on other platforms, but the Nintendo Switch lets you flip it sideways and play in portrait mode anywhere you go, effectively making some of the best pinball available viewed in the best possible angle. And, though the Core Collection is hardly a set of new tables, it’s iconic enough that two of the four tables make it into the game’s thumbnail. And yea, four tables, let that sink in for a moment. After the single table experiences of The Walking Dead and Portal, you should be instantly intrigued.

Rome is the table that I would rank lowest out of the set, and that’s merely because of visual appeal and confusion alone. Zen put a lot of work into properly capturing the opulence and grandeur of the former Roman empire, and the result is a lot of reds and golds that, while probably factually accurate, doesn’t make for fantastic separation of elements when trying to view the table. The whole thing felt crowded with decorations and statues on a table that was arguably not that small, but still came across as cramped. I didn’t even realize there was a third flipper on the left side until the movement caught my eye by accident, and then it sort of just appeared as an afterthought more than anything else. The twin ramp setup was really nicely spaced and made for great combos, and I did enjoy the bust of Zeus in the center to help delegate missions and set up everything.

One element that makes Rome forgivable is that this has been a mainstay in the Zen pinball halls, having come over from Pinball FX2 and perhaps is simply the victim of a slightly older design that doesn’t jive as well as some of the other tables. This isn’t an excuse by any means, as the same applies to the other tables in this pack, but it’s something that I tried to keep in mind when a logistic of the table didn’t totally work for me. The missions are all pretty clean-cut, and I did like the existence of the Roman weaponry, such as catapults, to help move things along and make for more dynamic effect to announce the beginning of war. 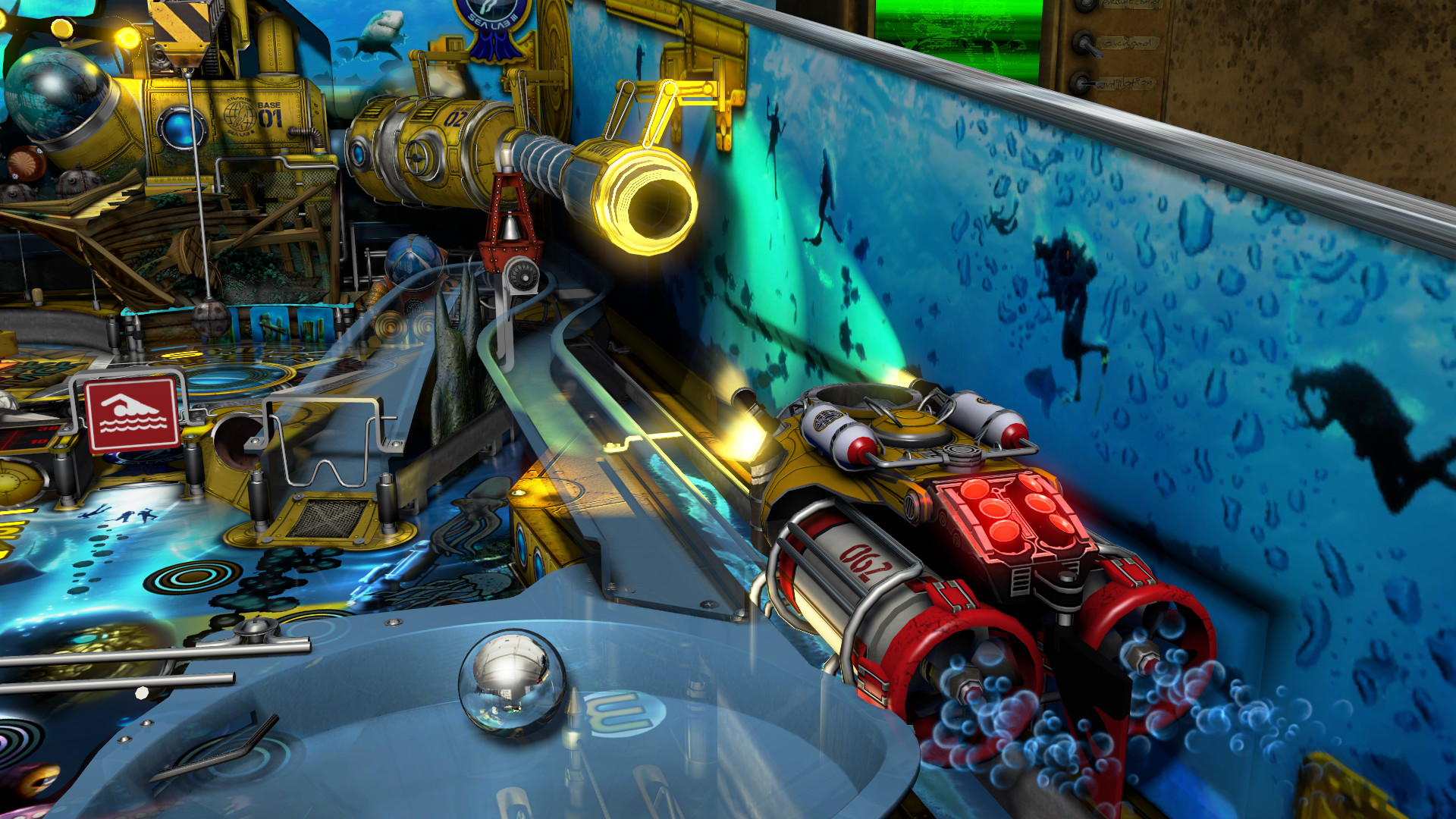 Second on the block is Pasha, which gives a distinctly Arabian Nights feel to the whole table and definitely works in elements of genies, magic and wonder to keep the player engaged. With a disgruntled cobra and a cunning shopkeeper at the helm, it’s no wonder that the table keeps making the ball disappear into different alcoves, sometimes spiriting away to a bumper cave or ending up in an interesting magnet flipper situation. One thing that players may find confusing is that bashing in the doors to the shopkeeper and entering doesn’t guarantee a mission start, but it’s sometimes as simple as hitting the ramp at the right time. The ramps themselves intertwine but ultimately lead to exactly where they should go, something of a disappointment given the challenges that Zen often presents with their designs.

This is also the first of three “four flipper” tables that exist in the pack, and the four flippers work out quite well in terms of hard target execution. In comparison to the lackluster purpose of Rome, the right secondary flipper is critical for hitting the shopkeeper’s doorway in time once the timer gets going, and the left is a good assist to help get into the uncharted mission tunnel that seems to live just out of sight. Once you light up the magic and charge to activate the genie, the table turns dark and the low lighting makes for incredibly tricky shots to get back to the bottle, but it’s worth it: Zen delivers quite the light show, and a ton of points to boot.

Biolab is a fantastic third table and holds an unusual title for Zen’s pinball: cute. The BioLab setup is clearly supposed to take place in a mad scientist’s hideaway, but, far from being sinister and creepy, the scientist seems mildly frustrated that he continues to put together pastel colored, mildly adorable abominations. The main missions come from hitting the containment chamber in the center three times, where you affix a head, torso and limbs to the newest cute monster, and then you begin a mini game mission to try and “upgrade” some component of the monster. As much as I love traditional pinball, it’s always cool when mini games begin that are slightly off kilter, like doing a marble maze and getting point awarded based on how quickly you can finish. Plus it does break things up a little from the traditional “you have 20 seconds to hit this ramp three times” missions.

Additionally, these are a great set of flippers that do nothing but help the player succeed and hit targets more easily. The ramps often drop right in front of where you want to go next, and BioLab’s secondary left and rights are there to hit targets and keep the ball far out-of-bounds. BioLab is also very generous in terms of kickback, or having savers that keep your ball alive when it shifts way down the left or right lanes. It’s not something common, as, traditionally, those lanes are where you lose your ball and pay another quarter, but Zen seems to understand that, hey, you’ve pair for the software, don’t worry about your change. 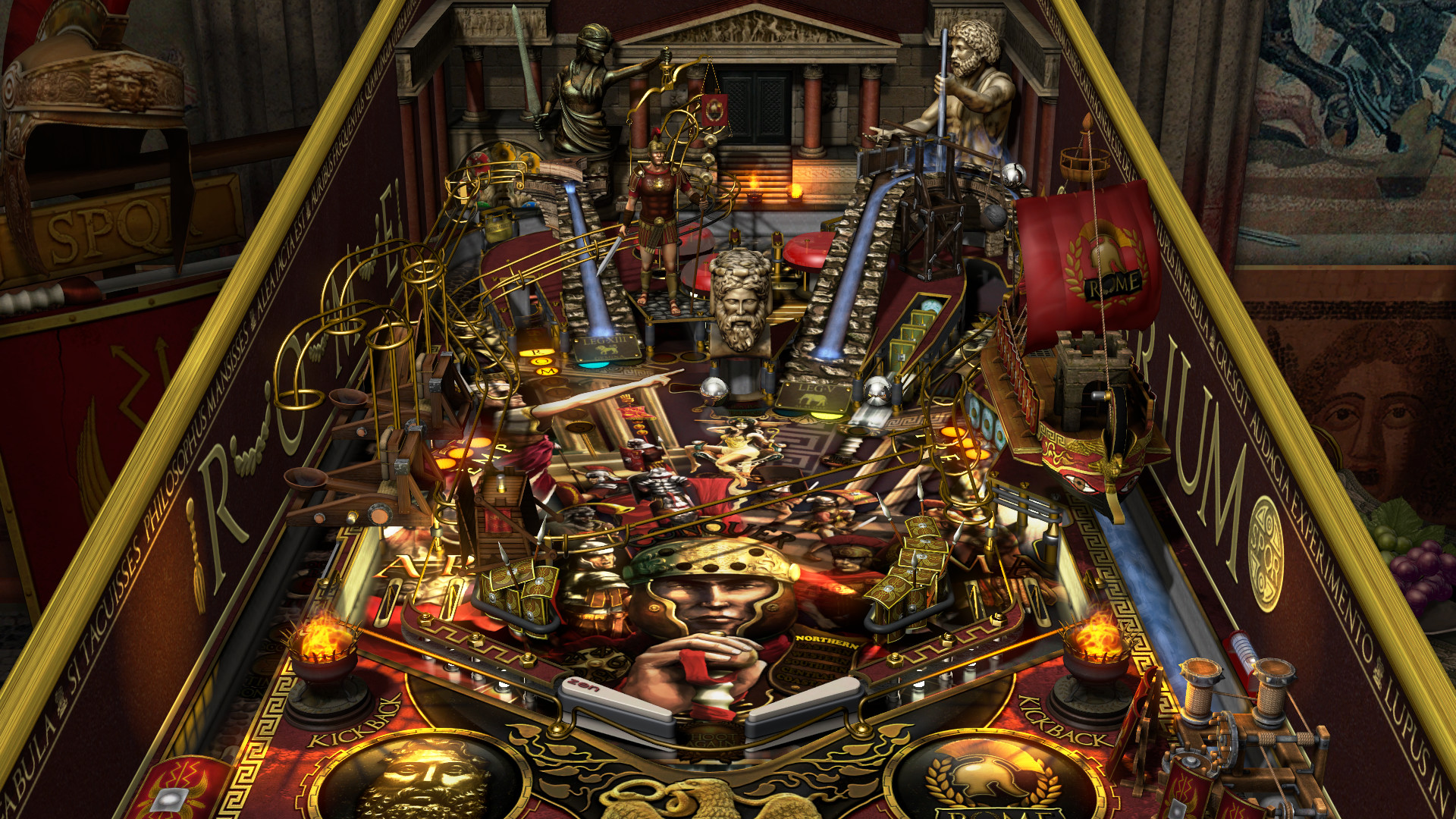 Lastly, Secrets of the Deep is easily one of the most ambitious and well executed tables in terms of layout and complexity. Set in the atmosphere of a deep-sea diver who’s hunting for treasure and monsters, this table is a mid-sized that’s broken in half to have an upper and lower register with two totally different sets of flippers. What’s fantastic is that the top half isn’t totally sequestered: besides being able to get into the “drop” that’s in the center, you also have openings on the left and right that are accessed through very wide shots that, surprise, aren’t the hardest things to pull off. The lower half has plenty to do in terms of twisting ramps, angry eels and some really cool magnet crane effects, but the top half is where all the missions live, and boy is there is a nice variety.

First and foremost, you have this free-standing wrecking ball that only becomes useful when you salvage up a sunken ship. The wrecking ball itself can still get points and generally change the course of your shot, but it’s primary use is that pirate ship. Secondly, after you toggle a mission on in the lower register, there’s a hidden ramp in the upper half that turns on the missions, which vary from skill shots to actually playing monochrome mini games on the information screen, guiding your digital submarine around with the flippers. It’s exciting and different, and not always the same thing over and over again. It’s Zen showing what they can do and have potential to do, not just what they’re always doing.

This Core Collection may be a trip down memory lane for some, as these are some of the oldest tables that Zen has, but they certainly have maintained their luster and charm. If you’ve already grown bored with the ones you have and are itching for some great pinball skill busting, then grab the Core Collection for a truly excellent experience.